2 360 m
Elevation
Elevation is the altitude of a place
above sea level.

Proportional Prominence 3 m
Location
26.997001 N  88.291353 E
Tiger Hill (2,590 m) is located in Darjeeling, in the Indian State of West Bengal, and is the summit of Ghoom, the highest railway station in the Darjeeling Himalayan Railway – a UNESCO World Heritage Site. It has a panoramic view of Mount Everest and Mount Kangchenjunga together.

It is 11 km from the town of Darjeeling and can be reached either by jeep or by foot through Chowrasta, Alubari or Jorebangla and then climbing up the incline to the summit.

At sunrise, the peaks of Kangchenjunga are illuminated before the sun is seen at lower elevations.

From Tiger Hill, Mount Everest (8848m) is just visible. Makalu (8481m) looks higher than Mt. Everest, owing to the curvature of the Earth, as it is several miles closer than Everest. The distance in a straight line from Tiger Hill to Everest is 107 miles (172 km).

On a clear day, Kurseong is visible to the south and in the distance, along with Teesta River, Mahanada River, Balason River and Mechi River meandering down to the south. Chumal Rhi mountain of Tibet, 84 miles (135 km) away, is visible over the Chola Range. 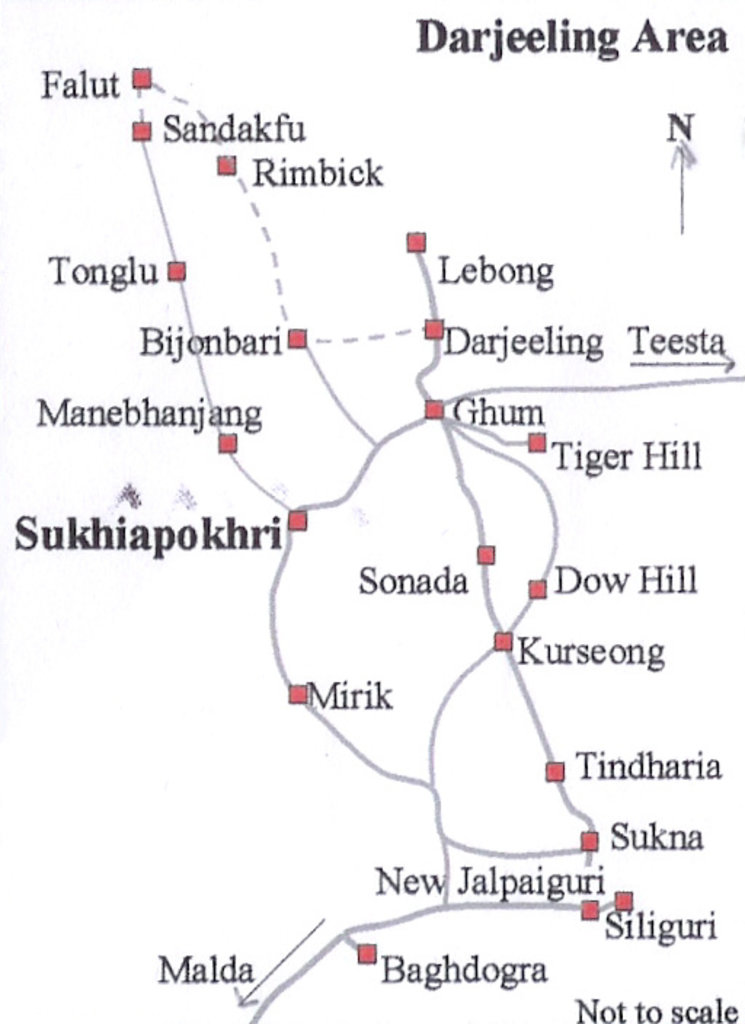