1 038 m
Elevation
Elevation is the altitude of a place
above sea level.

533 m
Prominence
Peak’s prominence is the least
vertical to be covered to get from the
summit to any other higher terrain.

Proportional Prominence 1 295 m
Volcano
Most commonly a conical hill or mountain built around a vent that connects with reservoirs of molten rock below the surface of the Earth. 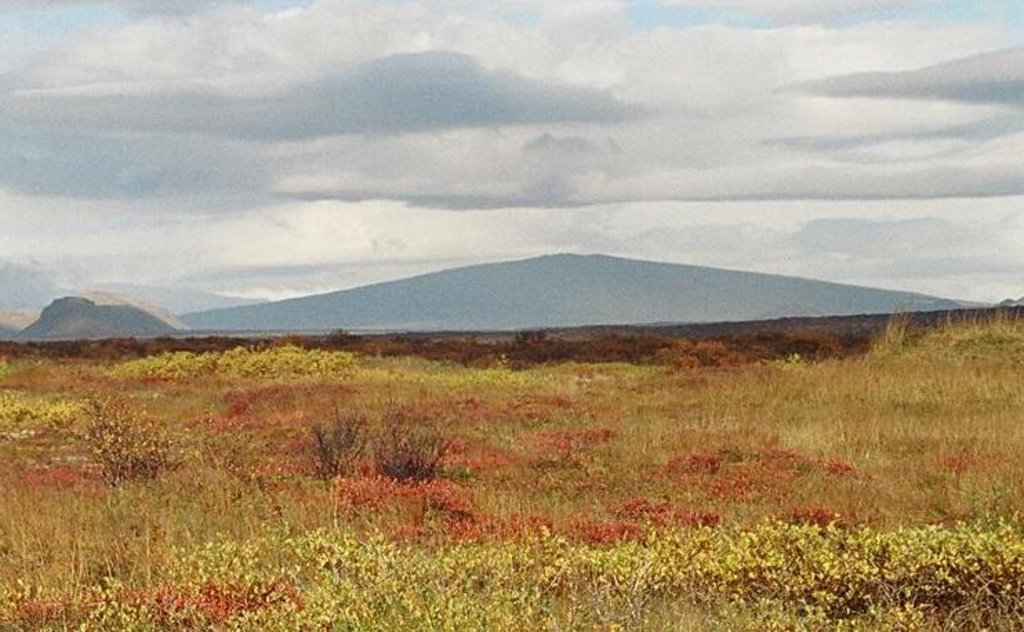 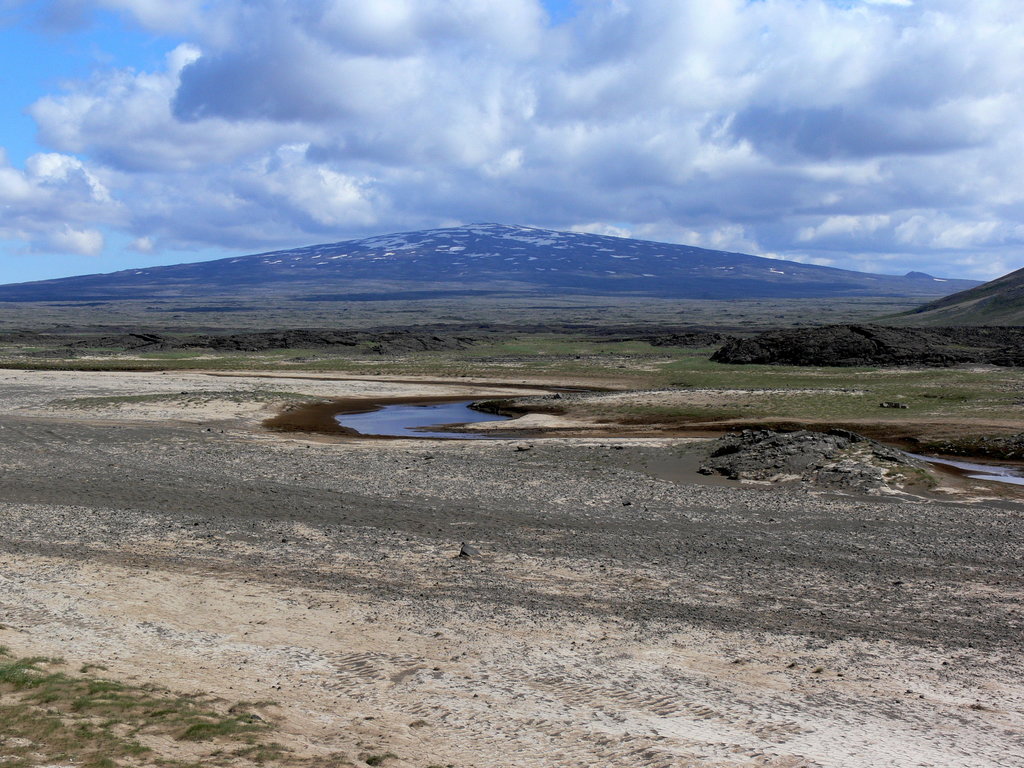 Skjaldbreiður, meaning the broad shield in Icelandic, is an Icelandic lava shield formed in one huge and protracted eruption roughly 9,000 years ago. The extensive lava fields which were produced by this eruption, flowed southwards, and formed the basin of Þingvallavatn, Iceland's largest lake, and Þingvellir, the "Parliament Plains" where the Icelandic national assembly, the Alþing was founded in 930.

The volcano summit is at 1,060 metres, and its crater measures roughly 300 metres in diameter.

64.496713 N   -20.697853 W
Nearest Higher Neighbor
Stóra-Björnsfell - 9.9 km NNE
El: 1 055 m / Prom: 315 m
Check out a downloadable 3D model of Skjaldbreiður area. A higher resolution model can be found in the PeakVisor mobile app.
Do you have photos of Skjaldbreiður or know something about it? Please let us know!