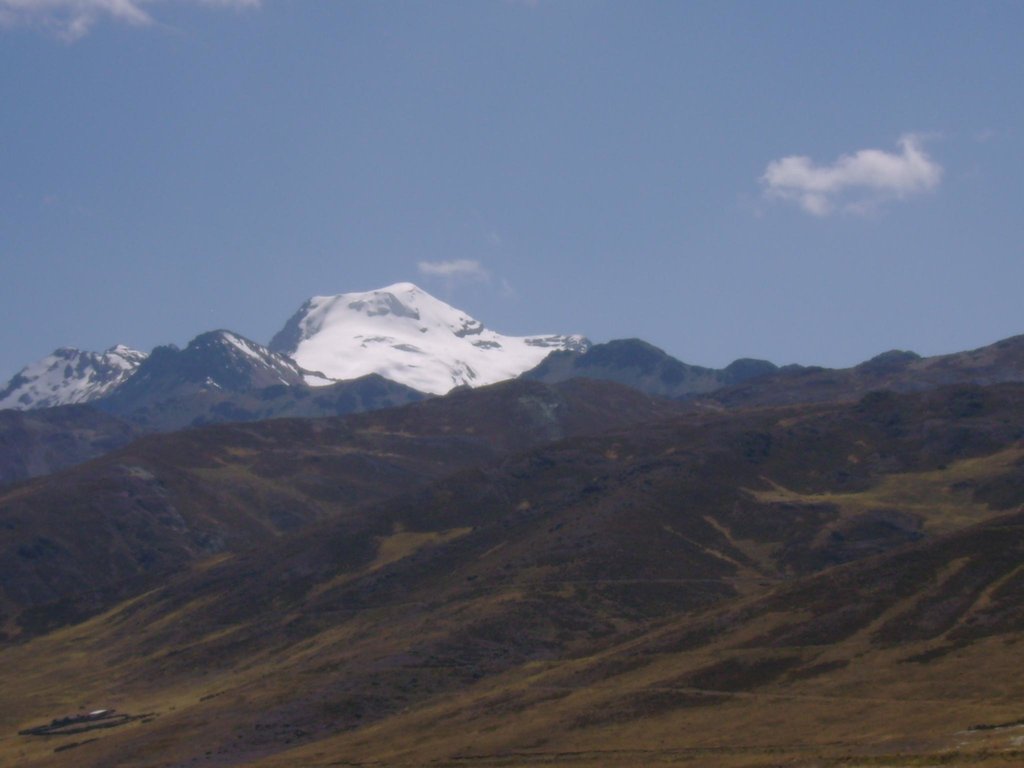 Add photo
5 479 m
Elevation
Elevation is the altitude of a place
above sea level.

370 m
Prominence
Peak’s prominence is the least
vertical to be covered to get from the
summit to any other higher terrain.

Tuco, Tuku, Tucu (possibly from Quechua tuku, owl) or Huanaco Punta (possibly from Quechua wanaku guanaco and Spanish punta peak, ridge; first, before, in front of) is a mountain in the Andes in South America. Its summit is 5,479 m (17,976 ft)) high and it is one of the southernmost peaks in the snow-capped Cordillera Blanca in northwestern central Peru. Tuco is located in the Ancash Region, Bolognesi Province, Aquia District and in the Recuay Province, Catac District. It is situated northeast of Caullaraju, between Challhua in the west and Pastoruri in the east.