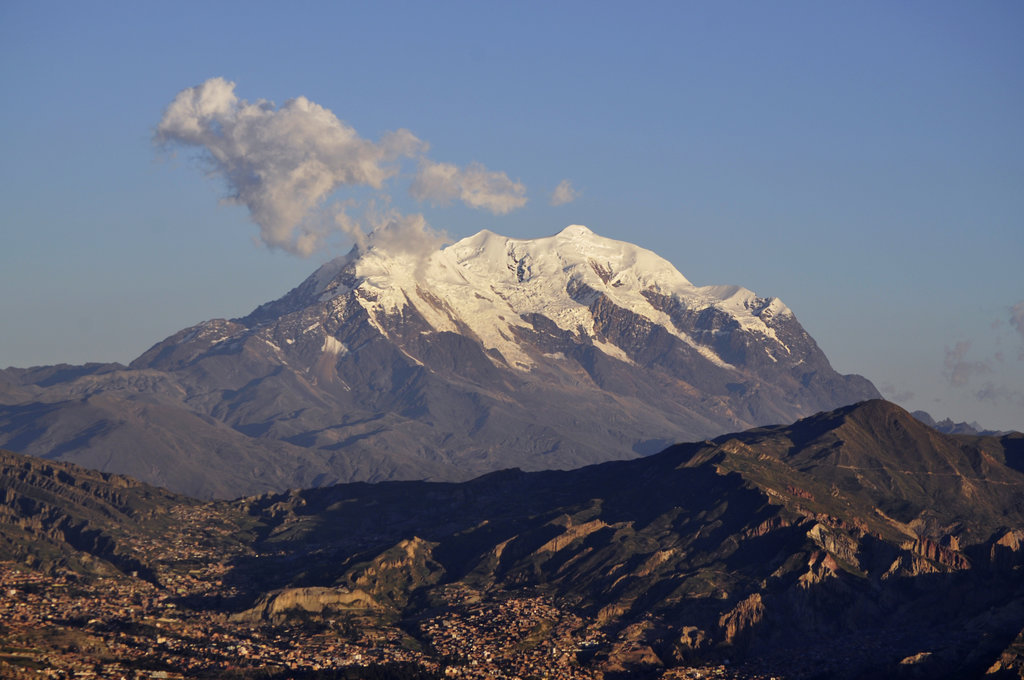 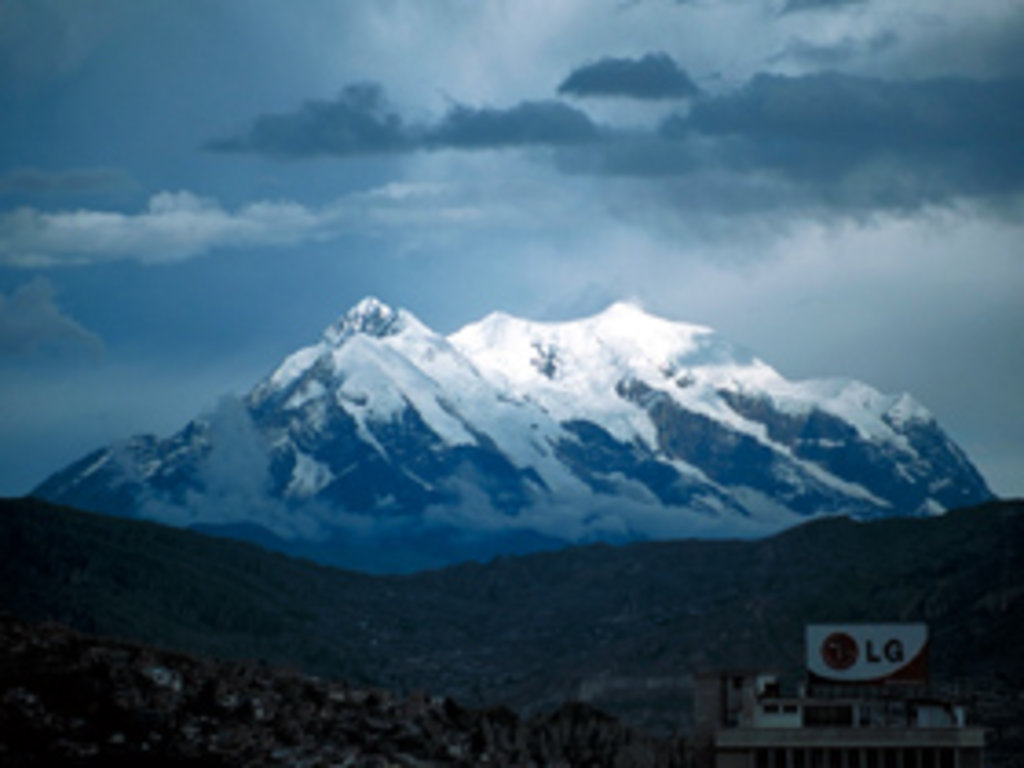 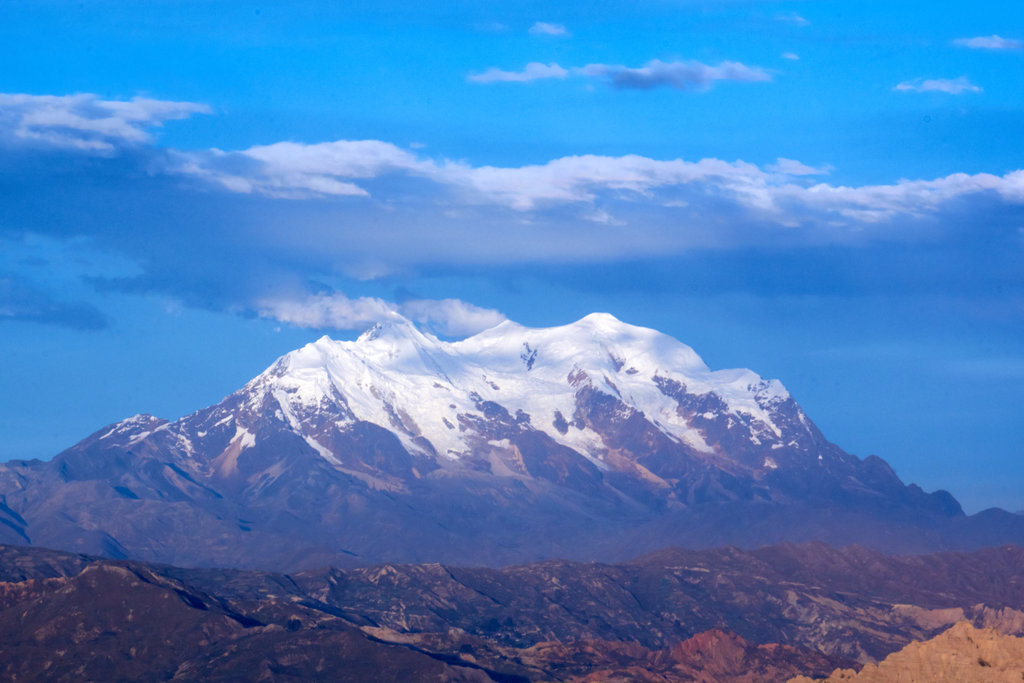 Add button
6 327 m
Elevation
Elevation is the altitude of a place
above sea level.

226 m
Prominence
Peak’s prominence is the least
vertical to be covered to get from the
summit to any other higher terrain.

Illimani (Aymara) is the highest mountain in the Cordillera Real (part of the Cordillera Oriental, a subrange of the Andes) of western Bolivia. It lies near the cities of El Alto and La Paz at the eastern edge of the Altiplano. It is the second highest peak in Bolivia, after Nevado Sajama, and the eighteenth highest peak in South America. The snow line lies at about 4,570 metres (15,000 ft) above sea level, and glaciers are found on the northern face at 4,983 m (16,350 ft). The mountain has four main peaks; the highest is the south summit, Nevado Illimani, which is a popular ascent for mountain climbers.

Geologically, Illimani is composed primarily of granodiorite, intruded during the Cenozoic era into the sedimentary rock, which forms the bulk of the Cordillera Real.

-16.654167 S   -67.784215 W
Nearest Higher Neighbor
Pico Layca Kkollu - 2.0 km S
El: 6 422 m / Prom: 2 m
Check out a downloadable 3D model of Nevado Illimani area. A higher resolution model can be found in the PeakVisor mobile app.
Do you have photos of Nevado Illimani or know something about it? Please let us know!