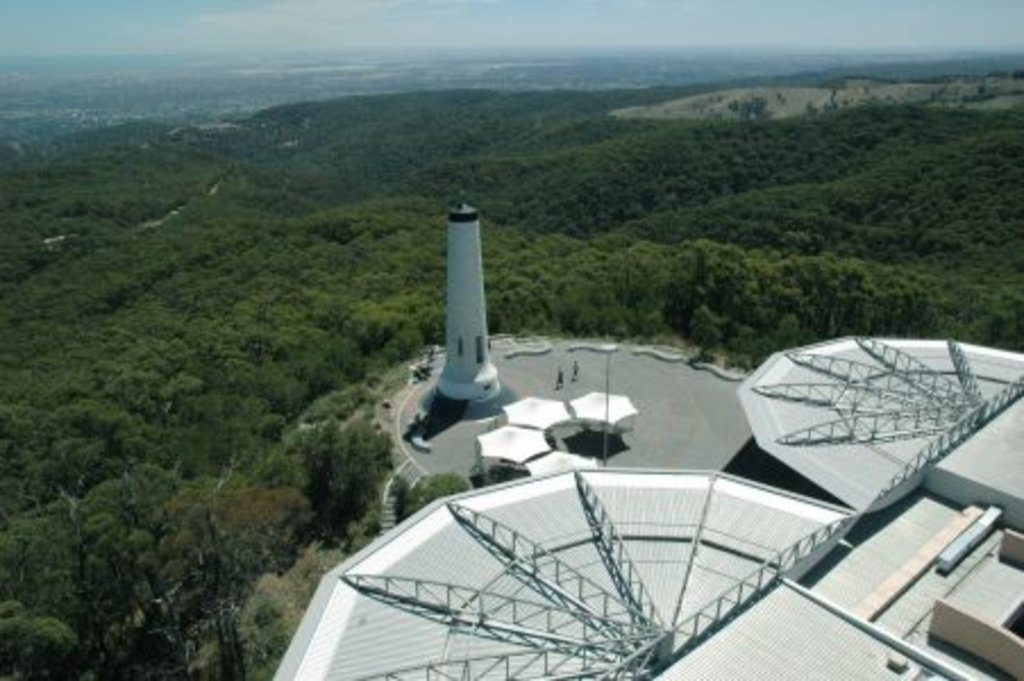 Add photo
727 m
Elevation
Elevation is the altitude of a place
above sea level.

345 m
Prominence
Peak’s prominence is the least
vertical to be covered to get from the
summit to any other higher terrain.

Mount Lofty (34°58′S 138°42′E, elevation 727 metres AHD) is the highest point in the southern Mount Lofty Ranges. It is located about 15 km east of the Adelaide city centre in South Australia, and has panoramic views of the city and the Adelaide plains to the west, and of the Picadilly Valley to the east.

The summit can be accessed by road from the South Eastern Freeway at Crafers, and from the eastern suburbs via Greenhill Road and the Mount Lofty Scenic Route. The more enthusiastic can walk up the gully from Waterfall Gully, through the Cleland Conservation Park and from Chambers Gully. The track from Waterfall Gully to the summit is a 4 km uphill trek and one of Adelaide's most popular exercise circuits so the park at the bottom is often busy. The summit provides panoramic views across Adelaide, and a cafe-restaurant and gift shop. These are relatively new due to protracted disputes over appropriate development following the destruction of the old cafe in the 1983 Ash Wednesday fires.

On the ridge near the summit are three television transmission towers (the northernmost being that of the ABC), and the Mount Lofty Fire Tower operated by the Country Fire Service.

The summit has become a popular spot for tourists to Adelaide, and also for cyclists coming up the old Mount Barker Road through Eagle on the Hill; this former section of National Highway No.1 has been superseded by the Heysen Tunnels.