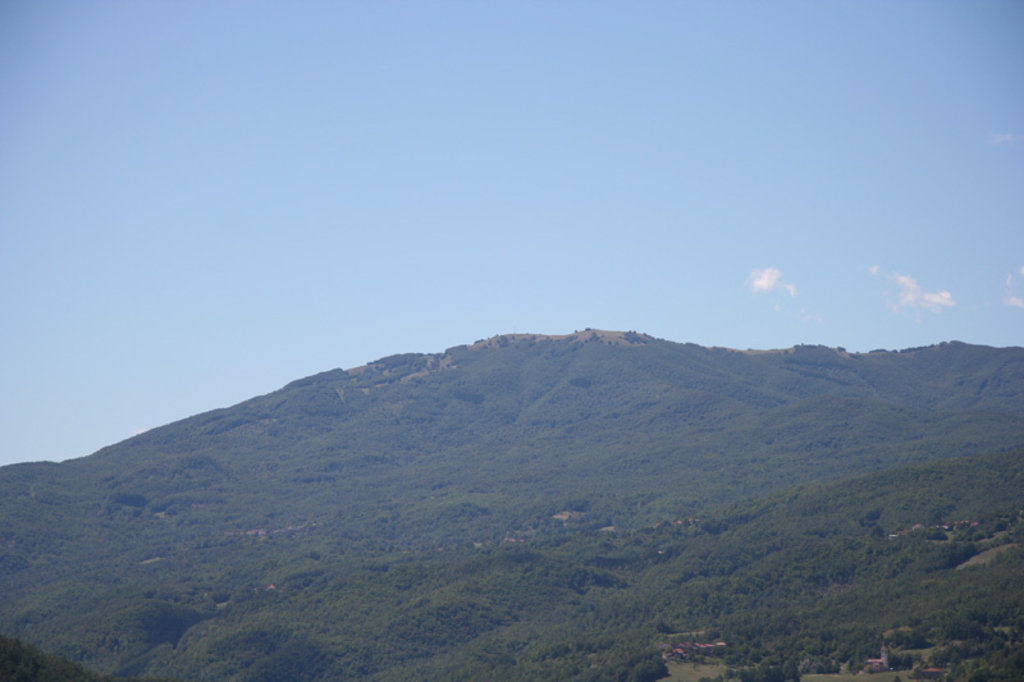 Add photo
1 479 m
Elevation
Elevation is the altitude of a place
above sea level.

677 m
Prominence
Peak’s prominence is the least
vertical to be covered to get from the
summit to any other higher terrain.

Monte Pelpi is a mountain 1,495 metres (4,905 ft) high located in the Tuscan-Emilian Apennines in northern Italy. The mountain overlooks the towns of Bedonia to the south and Bardi to the north, and rises like a cone between the Taro, Toncina and Ceno valleys. The vegetation is very diverse with forests consisting of beech, oak, hazel, hornbeam and black aspen and includes rare species of arnicas, orchid, daffodils, gentian, daphne and anemones. The forest gives way to a 1 kilometre (0.62 mi) stretch of grassland at the summit on which stands a large steel cross. It is said that the mountain protects the towns of Bedonia and Compiano from the cold northern winds during winter. The view from this peak exceeds that of the taller Monte Penna nearby and it offers an extraordinary panorama of both valleys and the other peaks of the Liguran-Emilian Apennines, ranging from Monte Penna, Monte Tomarlo, Monte Maggiorasca, Monte Ragola. On clear days it is possible to observe the Mediterranean Sea.

Pelpi is known for its crystal clear spring water which has an alkaline-sulphurous quality and is renowned for its healing properties. There are many streams that run through the slopes of the mountain, and the mineral water which flows from the north-western slope is bottled in plants at Masanti. The beneficial qualities of these waters were quoted by the early 19th century travel writer Captain Antonio Boccia as "commended for curing many ills of those who bathe in its waters." The Milanese poet Francesco Piccinelli also wrote in his description of the Taro and Ceno Valleys (1617) "drinking the water, heals all conditions of the throat." During 2009 there was a dispute between a committee of locals and the mineral water company Lynx/Norda, who were concerned that the company would drain the aquifers within the mountain causing the supply to run dry for the personal consumption of the Masanti residents. Every year in mid-August there is an organised hike up Monte Pelpi, as part of the "festa di San Gioacchino" (festival dedicated to Saint Joachim,) held in the nearby rural village of Cavignaga.
There's a trail leading to the summit. Monte Pelpi is one of the 2 peaks along the Percorso 825 - Monte Pelpi - Passo di Monte Vacca' - Tasola - Monte Orocco - Passo della Tabella.

44.586667 N   9.560833 E
Nearest Higher Neighbor
Monte Ragolino - 9.3 km WNW
El: 1 647 m / Prom: 56 m
Check out a downloadable 3D model of Monte Pelpi area. A higher resolution model can be found in the PeakVisor mobile app.
Do you have photos of Monte Pelpi or know something about it? Please let us know!