Kilmashogue map
Go to camera
Teleport
Zoom in
Zoom out

408 m
Elevation
Elevation is the altitude of a place
above sea level.

25 m
Prominence
Peak’s prominence is the least
vertical to be covered to get from the
summit to any other higher terrain.

Proportional Prominence 45 m
Location
53.250444 N  -6.266086 W
Kilmashogue or Kilmashoge (Irish: Sliabh Chill Mochióg, meaning "Mountain of the Church of Saint Mochióg") is a mountain in Dún Laoghaire–Rathdown county in Ireland. It is 408 metres (1,339 feet) high and forms part of the group of hills in the Dublin Mountains which comprises Two Rock, Three Rock, Kilmashogue and Tibradden Mountains. The forest plantation on its northern slope, which is composed mainly of Sitka spruce, Scots pine and beech, is a habitat for Sika deer, hares, rabbits and foxes. A number of prehistoric monuments can be found on the slopes of the mountain.

The Placenames Branch of the Department of Community, Equality and Gaeltacht Affairs gives the origin of the name Kilmashogue as meaning “Church of Saint Mochióg”. In the nineteenth century, the antiquarian Patrick Weston Joyce reported that he had found the remains of a small church, consisting of just a few walls, on the northern side of the mountain. Subsequent attempts to locate this site have been unsuccessful. In the chapel of nearby St Columba's college is an early Christian cross which was found on the mountain and is believed to have come from the church reported by Joyce. However, Coillte, the state-owned enterprise that manages the forestry on the mountain's slopes, suggest that the name Kilmashogue is a corruption of coill na fumsaoige, which means “wood of the ash”, or coill na fuiseoige, which means “wood of the lark”.
There's a trail leading to the summit. 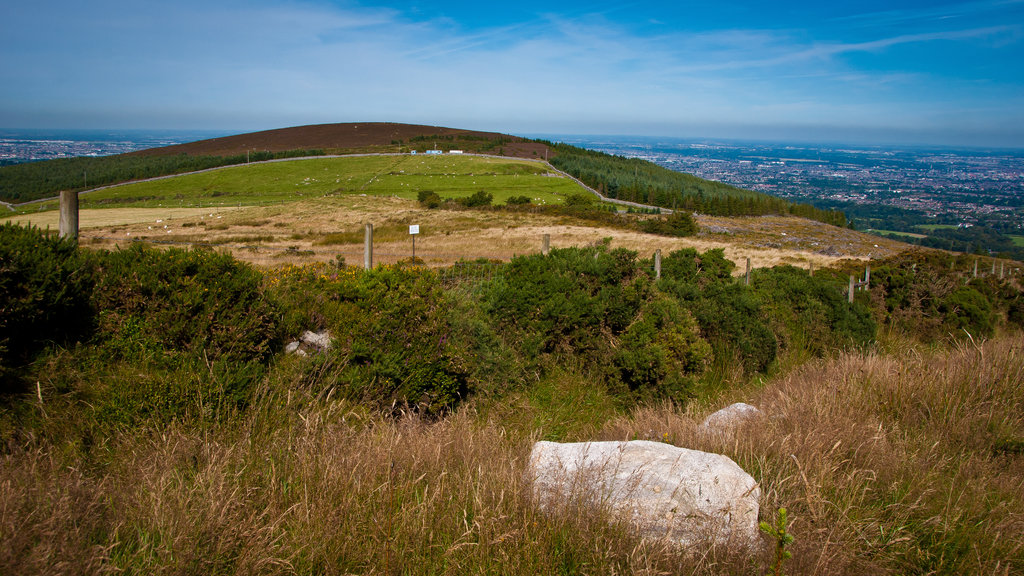 53.245556 N   -6.258889 W
Nearest Higher Neighbor
Tibradden Mountain - 1.6 km SW
El: 467 m / Prom: 30 m
Summit Register
See all
Cathal Riordan
Check out a downloadable 3D model of Kilmashogue area. A higher resolution model can be found in the PeakVisor mobile app.
Do you have photos of Kilmashogue or know something about it? Please let us know!