2 096 m
Elevation
Elevation is the altitude of a place
above sea level.

63 m
Prominence
Peak’s prominence is the least
vertical to be covered to get from the
summit to any other higher terrain.

Kebnekaise (Swedish pronunciation: [ˈkɛbnəˈkaisə]; from Sami Giebmegáisi or Giebnegáisi, "Cauldron Crest") is the highest mountain in Sweden. The Kebnekaise massif, which is part of the Scandinavian Mountains, has two peaks, of which the southern, glaciated one is highest at 2,097.5 metres (6,882 ft) above sea level as of August 2014. The northern peak is 2,096.8 metres (6,879 ft) and free of ice. Kebnekaise lies in Sapmi, about 150 kilometres (ca. 90 miles) north of the Arctic Circle and west of Kiruna near the popular Kungsleden hiking trail between Abisko and Hemavan.

The glacier which covers the southern peak has shrunk, and therefore the summit is not as high as earlier. The top is traditionally said to be 2,111 metres (6,926 ft), and higher in the oldest measurement, i.e. 2,117 metres (6,946 ft). If the melting continues at the same rate, the south peak will sink below the north peak (which is the highest fixed point in Sweden) within a few years' time. However, as of July 2015, Tarfala Research Station reports that the glacier has grown by 4.5m to 2,102 - from its lowest measurement of 2097.5m the previous year.
There's an alpine trail (T4) leading to the summit. 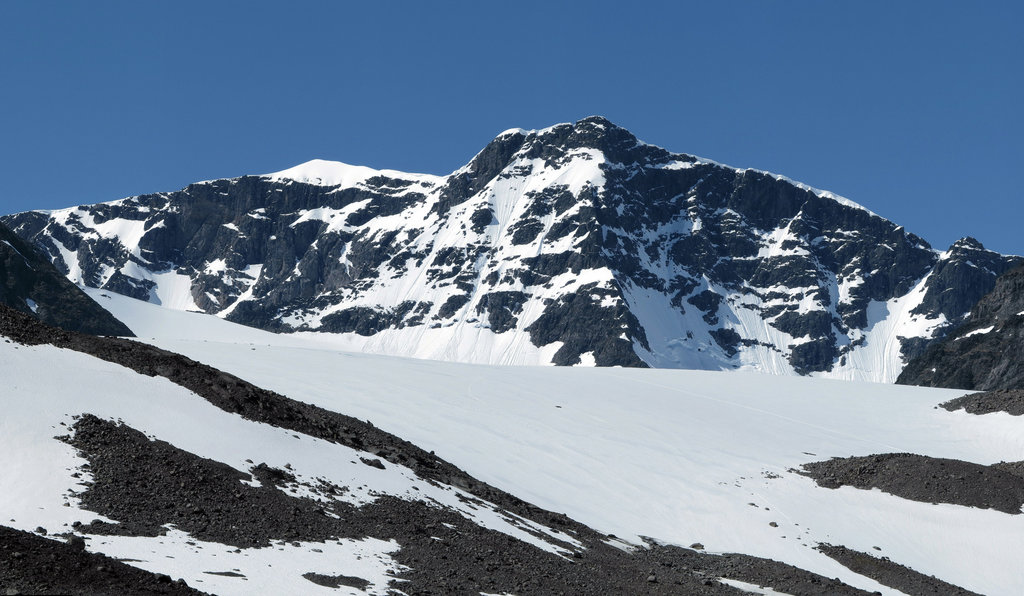 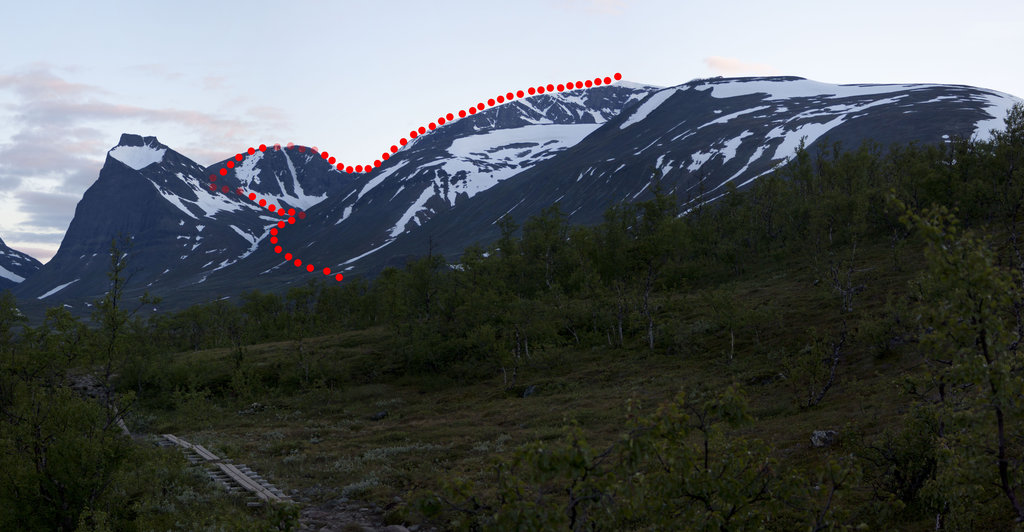 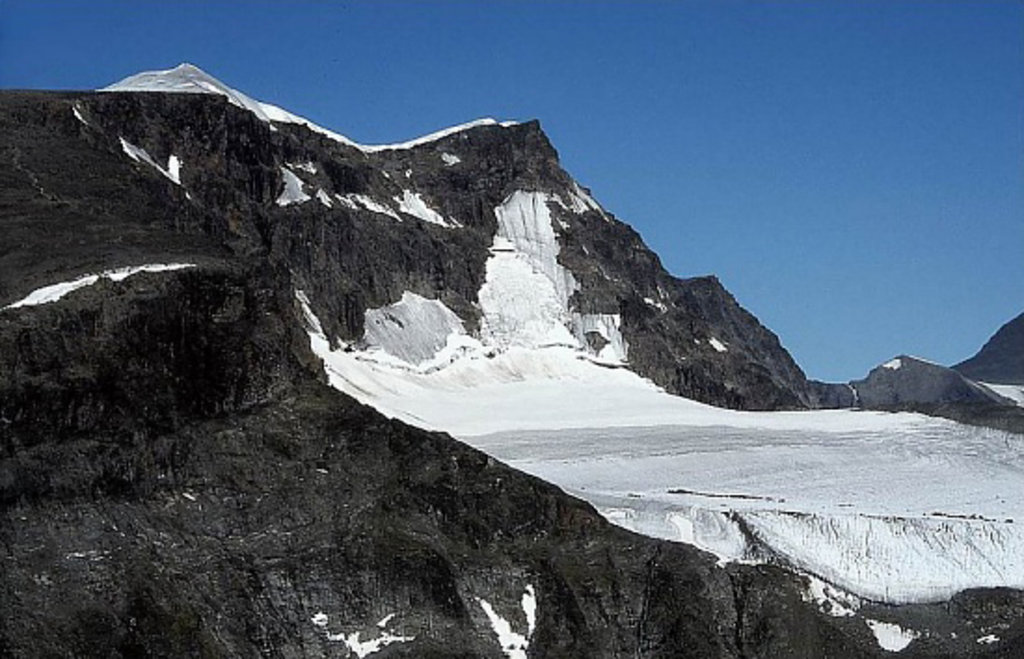