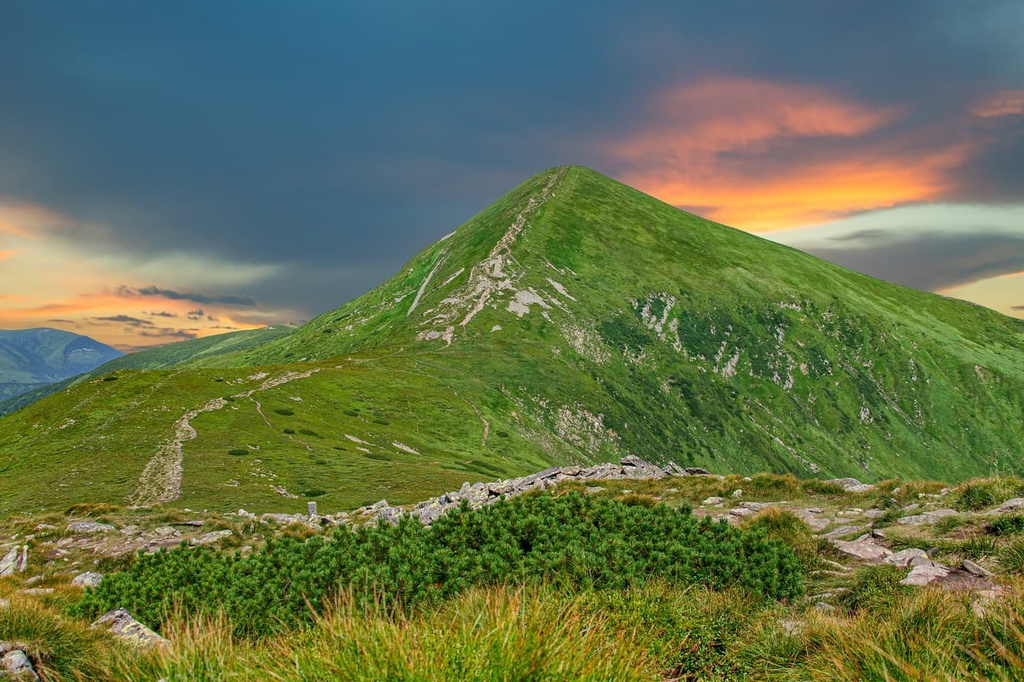 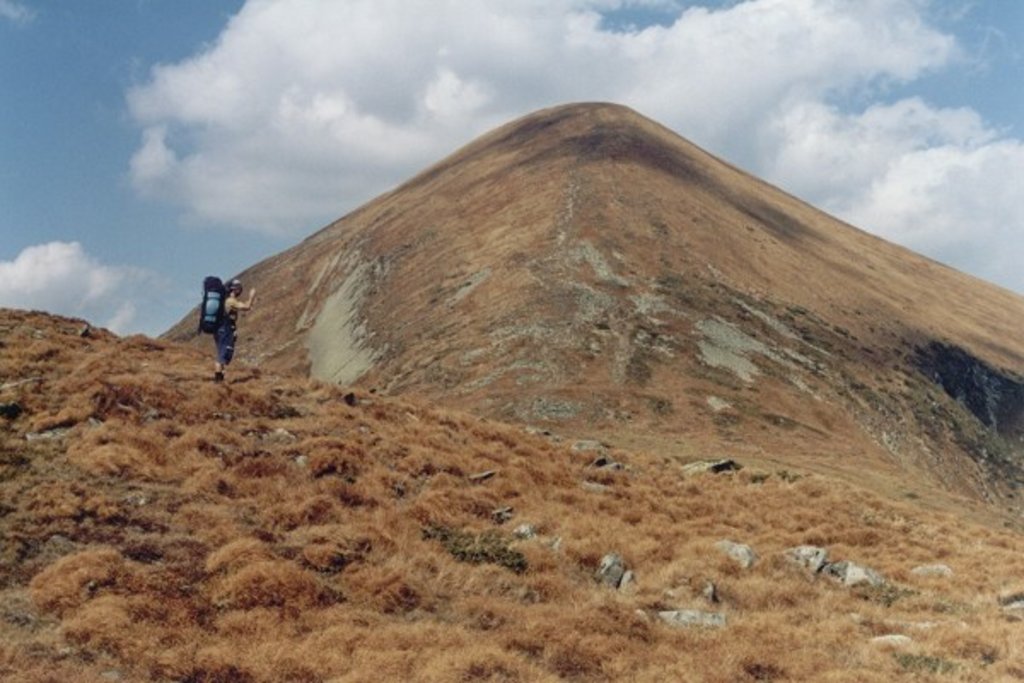 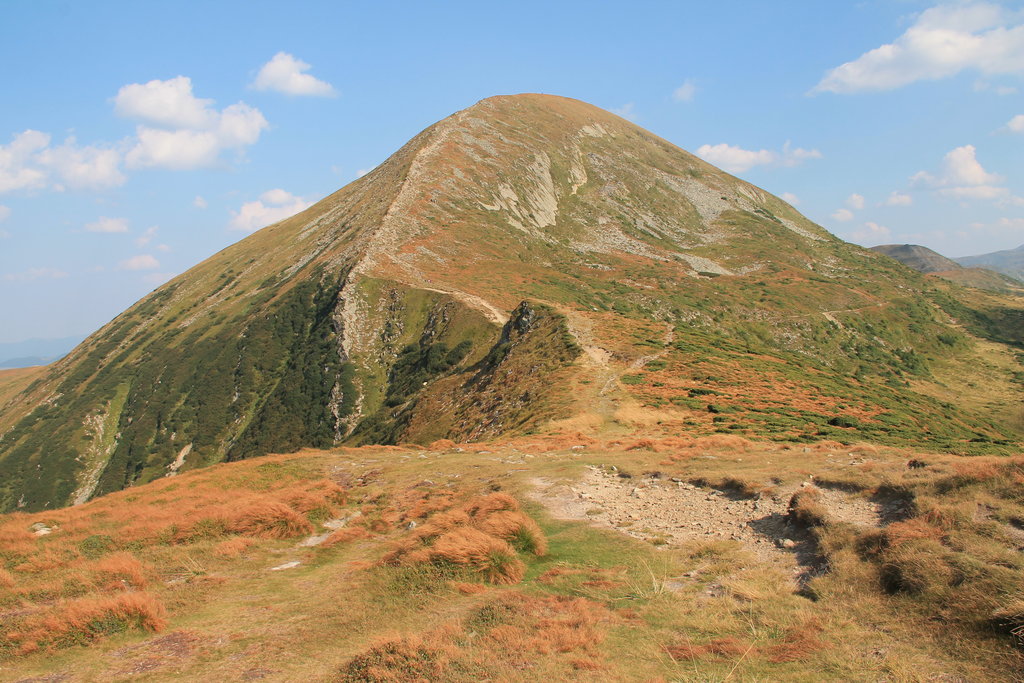 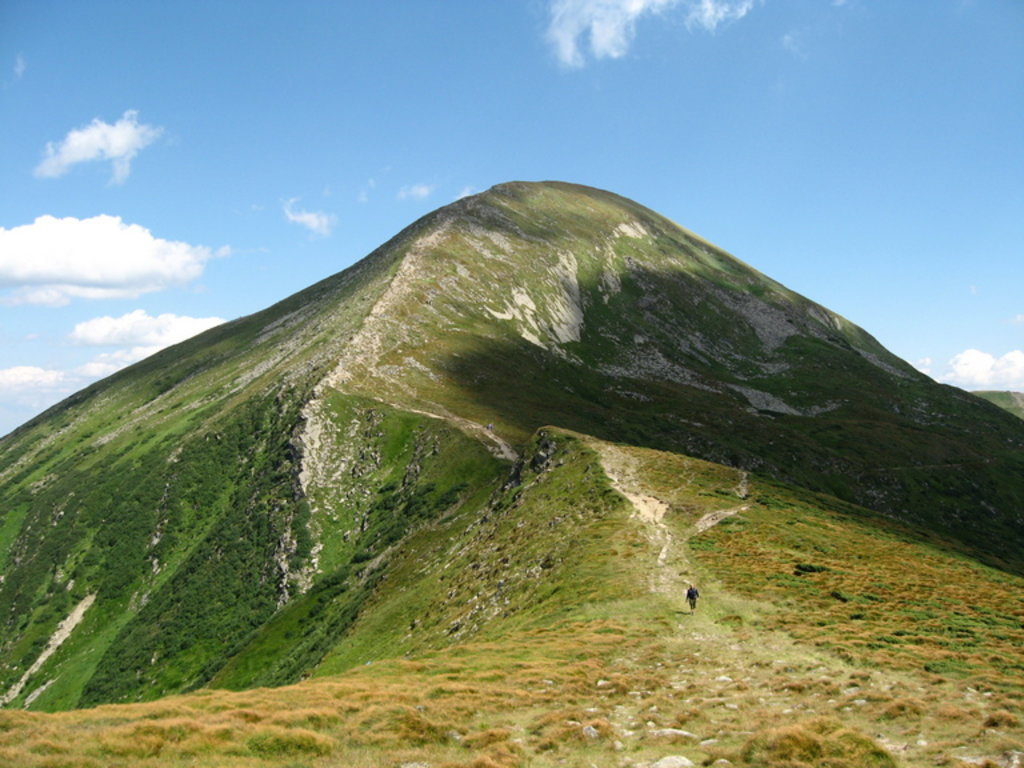 Show 1 photos
Add photo
2 061 m
Elevation
Elevation is the altitude of a place
above sea level.

727 m
Prominence
Peak’s prominence is the least
vertical to be covered to get from the
summit to any other higher terrain.

Mount Hoverla (Ukrainian: Говерла, Hoverla; Hungarian: Hóvár; Romanian: Hovârla; Goverla, Polish: Howerla) at 2,061 metres (6,762 ft), is the highest mountain in Ukraine and part of the Carpathian Mountains. The mountain is located in the Eastern Beskides, in the Chornohora region. The slopes are covered with beech and spruce forests, above which there is a belt of sub-alpine meadows called polonyna in Ukrainian. At the eastern slope there is the main spring of the Prut River. The name is of Old Hungarian origin and means 'snow mountain'. Hoverla is composed of sandstone, a sedimentary rock type.

The date of the first ascent is unknown. In late 19th century the mountain became a notable tourist attraction, especially among tourists from nearby cities of Galicia. In 1880 the first tourist route between the peak of Hoverla and Krasny Luh was marked by Leopold Wajgel of the Galician Tatra Society. The following year the first tourist shelter was founded there.

In the 20th century the mountain increasingly gained popularity as an extreme sports site. Some routes are classified as 1A in the winter period (from late autumn to May), according to the USSR grading system. Nowadays because of its prominence too many unskilled extreme-lovers are taking attempts to climb it in winter, resulting in regular frostbite or even deaths. The most popular approach to the summit starts from the tour-basa Zaroslach on the mountain's east face and gains more than 3,600 vertical feet (1,100 meters) along a steep path with few switchbacks.

In October 2007 the new Right pro-Russian Eurasia Party-affiliated “Eurasian Youth Union” vandalized the official Ukrainian state symbols that had been placed on the summit of Mount Hoverla.
There's a trail leading to the summit. Hoverla is one of the 68 peaks along the multi-day Тranscarpathian tourist path.