3 694 m
Elevation
Elevation is the altitude of a place
above sea level.

3 694 m
Prominence
Peak’s prominence is the least
vertical to be covered to get from the
summit to any other higher terrain.

Gunnbjørn Fjeld is a nunatak due to its rocky peak which sticks out of from under a glacial ice sheet. A nunatak is an exposed, uncovered element of a ridge, mountain or peak, that is not covered in snow, and is mostly rocky in appearance. A nunatak appears near a glacier or ice field. 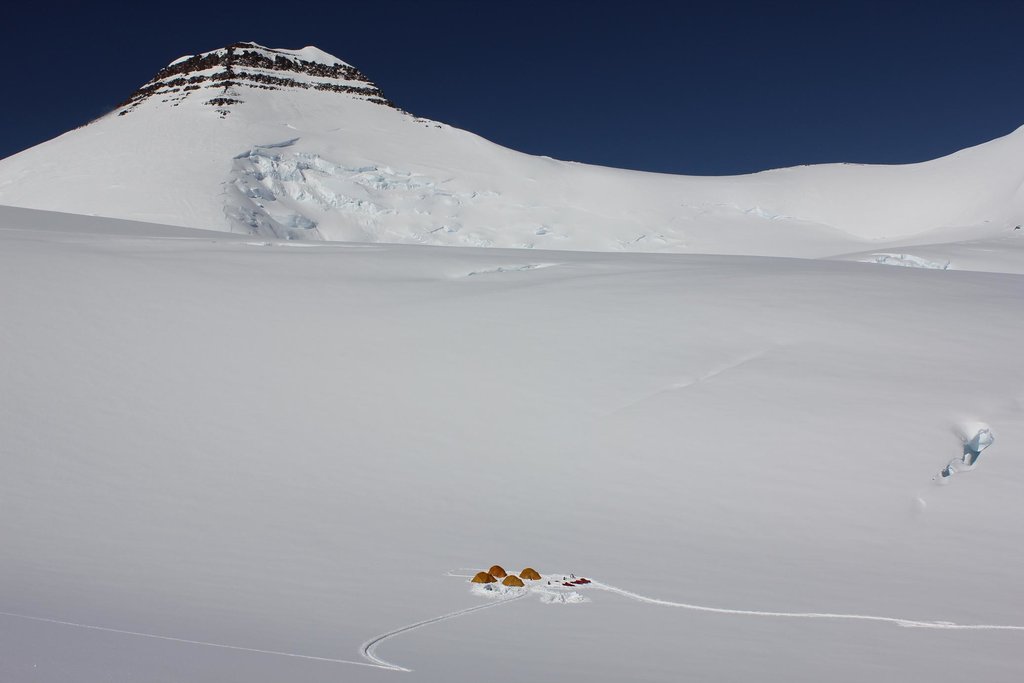