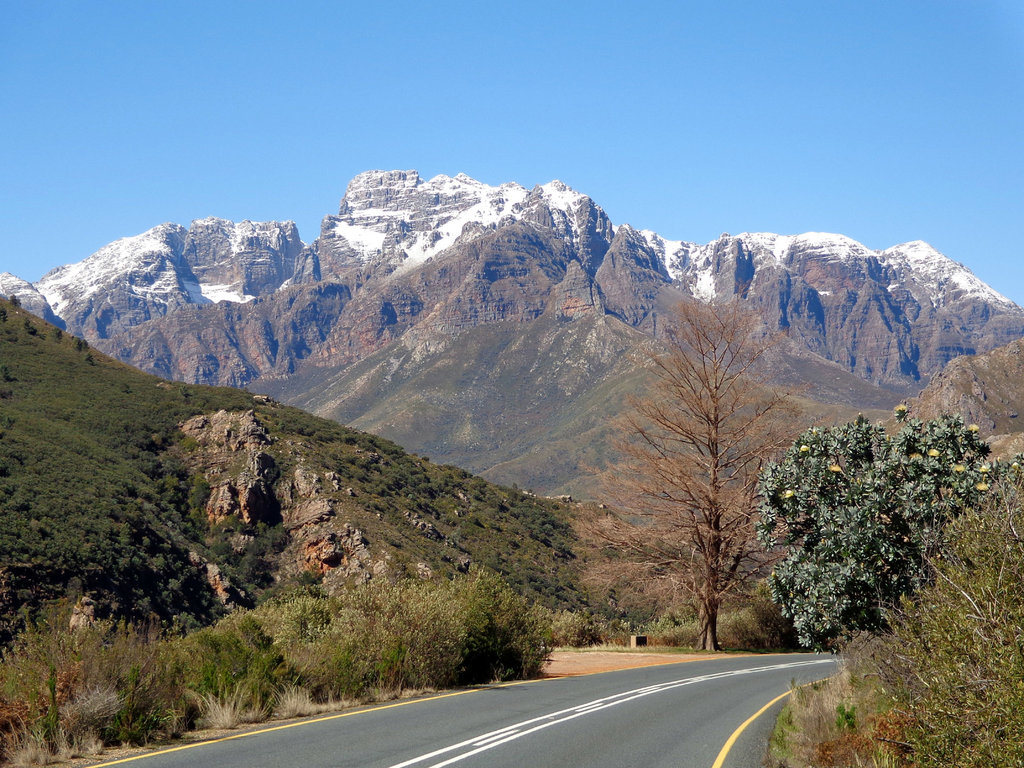 Add button
1 994 m
Elevation
Elevation is the altitude of a place
above sea level.

1 732 m
Prominence
Peak’s prominence is the least
vertical to be covered to get from the
summit to any other higher terrain.

Du Toits Peak (1,995 m or 6,545 ft) is the highest seaward facing peak in the Cape Fold Belt ranges, i.e. the highest peak in the Western Cape within direct sight of the ocean. Located between Paarl and Worcester in the south-west of South Africa, 70 kilometres (43 mi) to the north-east of the provincial capital of Cape Town. The mountains form a formidable barrier between Cape Town and the rest of Africa on the N1 highway, also called the Cape to Cairo Road. This section is called the Du Toitskloof Pass. The old route culminates at 820 metres (2,690 ft), however, the new Huguenot Tunnel, of 4.4 kilometres (2.7 mi) in length, cuts out the old mountain pass.

The range mostly consists of Table Mountain sandstone, an erosion-resistant quatzitic sandstone. Vegetation is almost exclusively montane fynbos of the Cape floristic region. The rest of the mountains are barren rocks and steep cliffs. Precipitation occurs primarily in the winter months as rain on the lower slopes and as snow higher up, usually above 1000m. Climate varies dramatically, with the surrounding valleys being up to 10°C (18°F) warmer than the mountains. The climate falls within the Mediterranean type. The mountains form part of the Cape Syntaxis, a complex portion of the Cape Fold Belt where the north-south trending ranges meet in the east-west trending ranges in a complex series of folds, thrusts and fault-lines.
There's a trail leading to the summit.

-33.466667 S   19.279722 E
Nearest Higher Neighbor
Mostertshoek Twins (South peak) - 33.3 km NNE
El: 2 031 m / Prom: 514 m
Check out a downloadable 3D model of Dutoitspiek area. A higher resolution model can be found in the PeakVisor mobile app.
Do you have photos of Dutoitspiek or know something about it? Please let us know!