2 798 m
Elevation
Elevation is the altitude of a place
above sea level.

2 068 m
Prominence
Peak’s prominence is the least
vertical to be covered to get from the
summit to any other higher terrain.

Proportional Prominence 2 618 m
Ultra
Mountains with prominence of 1 ⁠500 ⁠m / 4 ⁠921 ⁠ft or more.
Location
-22.428296 S  -44.843048 W
Pedra da Mina (Portuguese pronunciation: [ˈpɛˌdɾɐˌdaˈmĩˌnɐ]) is the fourth highest mountain in Brazil, located in the Serra Fina section of the Mantiqueira Mountains, one of the country's most important mountain ranges. The mountain stands on the border of the states of Minas Gerais and São Paulo, respectively to its north and south. With a 2,798-metre (9,180-ft) elevation, it is the highest point of the Mantiqueira Mountains and of the state of São Paulo, and the second highest mountain in the state of Minas Gerais.

In addition to being one of the highest Brazilian mountains, Pedra da Mina is also remarkable for its peculiar history (see below), as in spite of its high altitude and of being located relatively close to densely populated areas, until the turn of the 21st century the mountain was virtually unknown, so was its exact altitude, and its importance was not acknowledged until very recently, showing that even in the 21st century, geographical exploration may still hold surprises. In this case, official statistics and schoolbooks had to be corrected, and a new popular mountaineering and ecotourism destination appeared.

Like all of Serra Fina, Pedra da Mina is composed of highly alkaline nepheline syenite, a type of rock that is easily eroded and for this reason is not usually found at very high altitudes. Pedra da Mina is believed to be the highest mountain made of that type of rock in the Americas and possibly in the world.

Pedra means "rock" in Portuguese; mina usually means "mine", but it can also mean "spring, water source". So, the name of the mountain means "Water Spring Rock", and it is due to the fact that four small creeks rise from the mountain close to the top.

Pedra da Mina is not located in any national or state park, but it is within the Mantiqueira Mountains Environmental Protection Area, and therefore still legally protected to some extent.
There's a hiking trail (T2) leading to the summit. 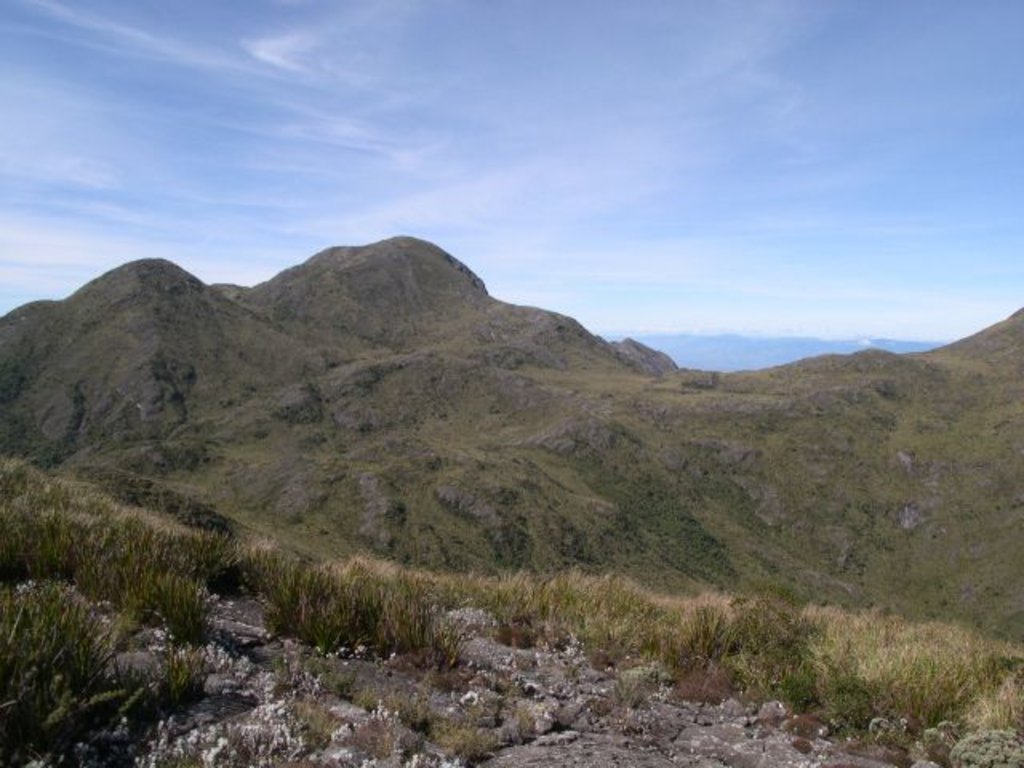