366 m
Elevation
Elevation is the altitude of a place
above sea level.

102 m
Prominence
Peak’s prominence is the least
vertical to be covered to get from the
summit to any other higher terrain.

Location
52.72267 N  -3.045392 W
Breidden Hill is an extinct volcanic hill in Powys, Wales, near the town of Welshpool. It is immediately surrounded by the villages of Trewern, Criggion, Crew Green and Llandrinio. The peak of the hill reaches to 367 metres (1,204 ft). Footpaths which lead up to the summit provide excellent 360 degree views over Powys and over the border with England to the Shropshire Plain.

Breidden Hill is one of five peaks with neighbouring Moel y Golfa, which is the highest at 403 metres (1,322 ft), which is a "Marilyn", with a prominence of 261 metres (856 ft). The three others are Cefn y Castell (also known as Middletown Hill), Kempsters Hill and Bausley Hill (over 800 feet (240 m) high) with its Iron Age galleried fortification. The five hills are sometimes collectively known as the Breidden Hills, and form a northern extension of the Long Mountain.

There are remains of a British Iron Age hillfort en route which may have been the site of the last stand of Caractacus. Rodney's Pillar at the top was built by the gentlemen of Montgomeryshire who supplied oak wood from the area and shipped it down the River Severn (which runs nearby at Bausley with Criggion) to Bristol where Admiral Rodney's naval fleet was built. Rodney's Pillar is increasingly being used as a navigational aid by helicopter pilots in this area, due to its visibility from large areas of Wales.

Beginning around 1789, for many years members of the Breidden Society, founded by John Dovaston (1740–1808), met near Rodney's Pillar for an annual festival of food, drink, poetry, and song; records of their meetings for 1809–15 are preserved at the Houghton Library of Harvard University (MS Eng 1168).

There is a large quarry on the western and northern sides of Breidden Hill. The rock is a thick gabbroic-dolerite laccolith, which is a source of roadstone.
There's a trail leading to the summit. 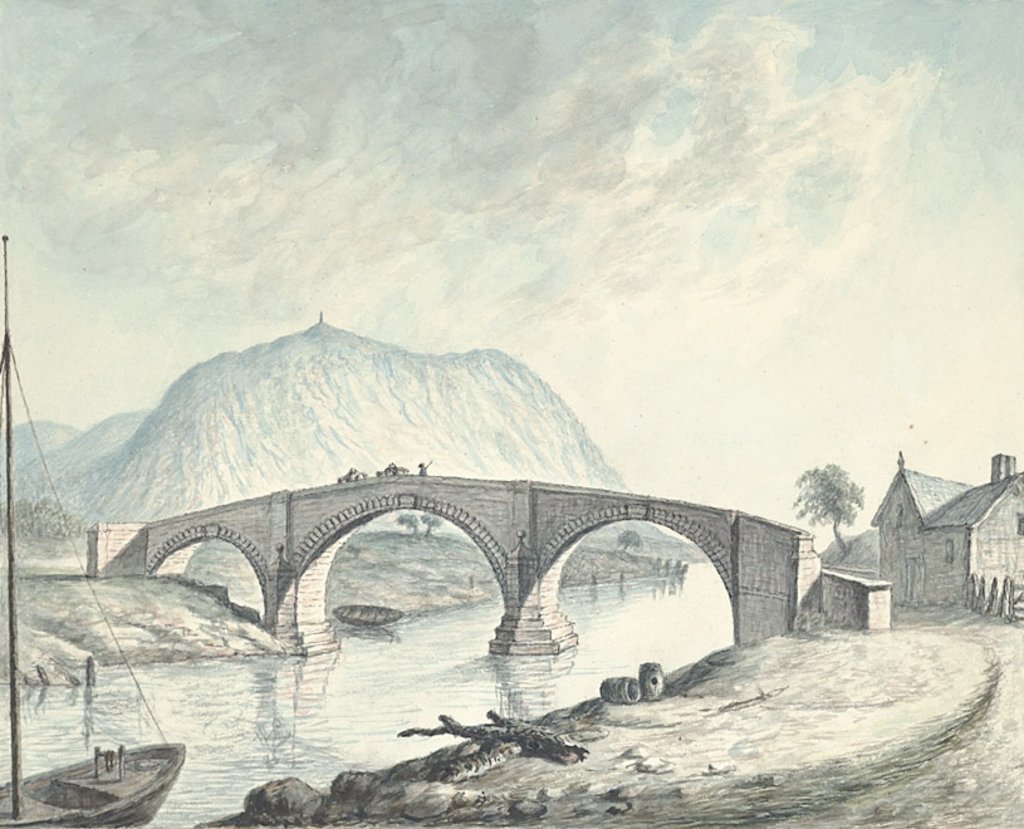 3D View
Breidden Hill model
Summit Register
See all
Przemyslaw Koszka
Check out a downloadable 3D model of Breidden Hill area. A higher resolution model can be found in the PeakVisor mobile app.
Do you have photos of Breidden Hill or know something about it? Please let us know!