Alpamayo map
Go to camera
Teleport
Zoom in
Zoom out

5 947 m
Elevation
Elevation is the altitude of a place
above sea level.

524 m
Prominence
Peak’s prominence is the least
vertical to be covered to get from the
summit to any other higher terrain.

Location
-8.878967 S  -77.653429 W
Alpamayo (possibly from Quechua allpa earth, mayu river, "earth river") or Shuyturaju (Ancash Quechua huytu, shuytu oblong, slim and long, Quechua rahu snow, ice, mountain with snow, "slim and long snow-covered mountain") is one of the most conspicuous peaks in the Cordillera Blanca of the Peruvian Andes. It is named after Alpamayo Creek, which originates northwest of it.

It is a steep (sixty degrees), almost perfect pyramid of ice, one of a number of peaks that compose the Pukarahu massif, the northernmost massif of the Cordillera Blanca. Although smaller than many of its neighboring peaks, it is distinguished by its unusual formation and overwhelming beauty. It actually has two sharp summits, North and South, separated by a narrow corniced ridge. 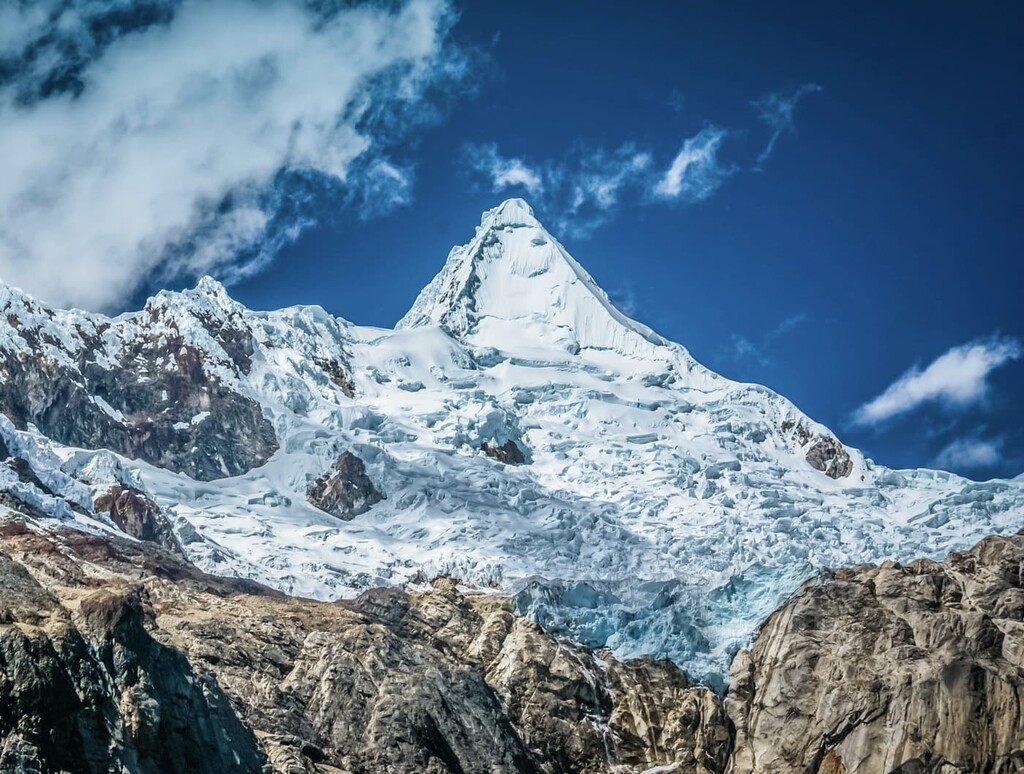 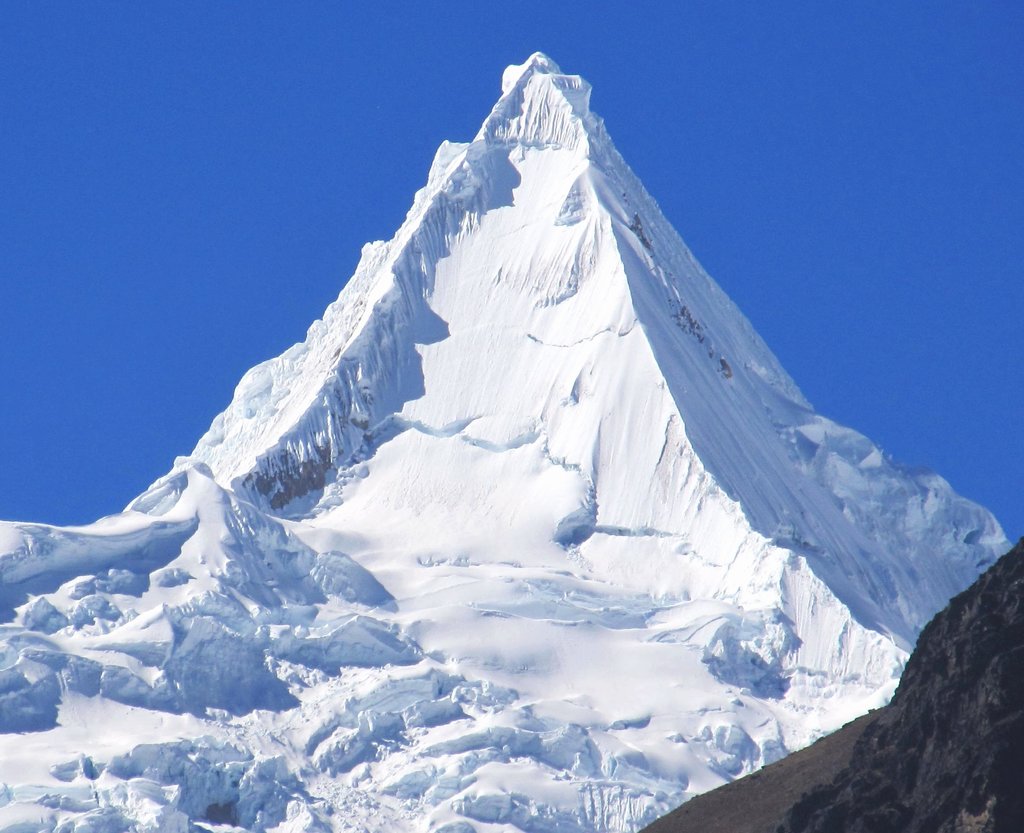 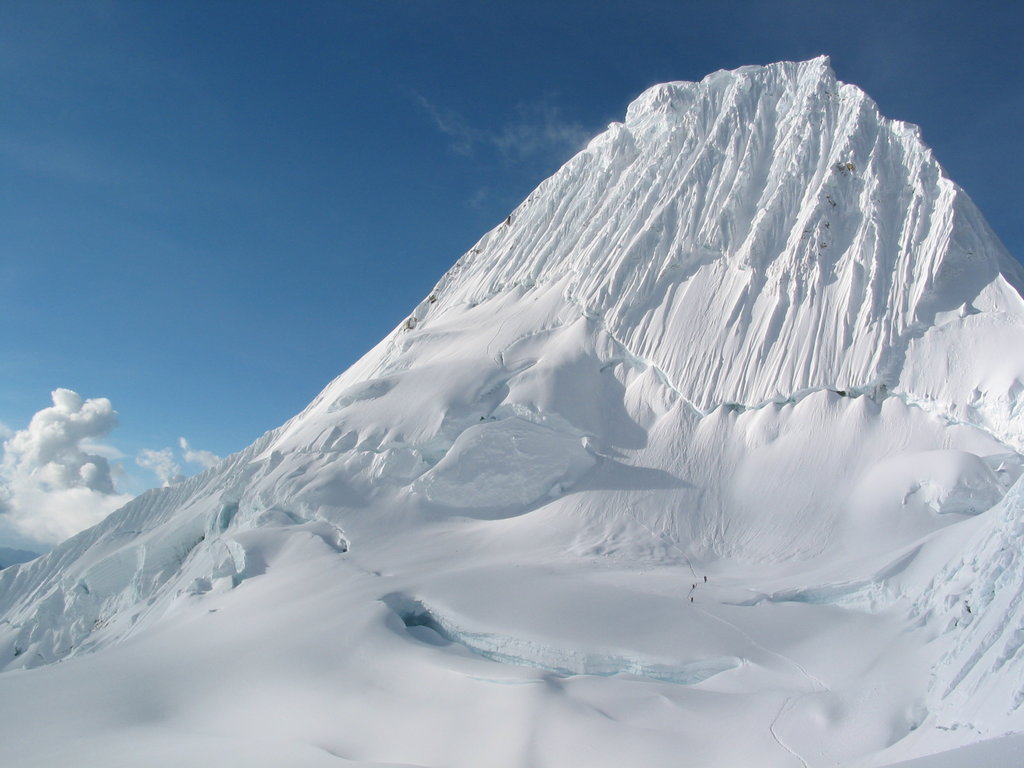 3D View
Alpamayo model
Ranges
Parks
Check out a downloadable 3D model of Alpamayo area. A higher resolution model can be found in the PeakVisor mobile app.
Do you have photos of Alpamayo or know something about it? Please let us know!