Warrumbungle National Park is an Australian heritage listed protected area that’s located in the central part of New South Wales. The park is situated some 526 km (327 mi) to the northwest of Sydney and it covers around 23,300 hectares (57,600 acres) of terrain. It’s dominated by the Warrumbungle Mountains, and there are 83 named peaks in the park, the highest and most prominent of which is Mount Exmouth (1,206 m/3,956 ft). 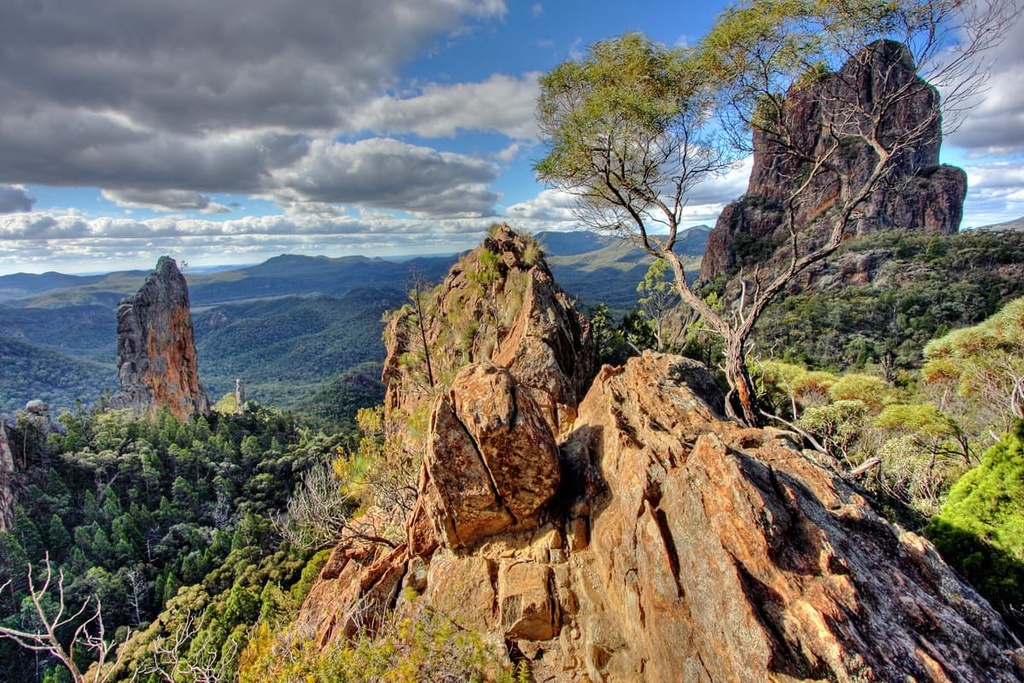 Warrumbungle National Park covers an area of around 23,300 hectares (57,600) acres in the Australian state of New South Wales. The protected area includes most of the Warrumbungle Mountain Range, which formed millions of years ago as a result of volcanic activity.

The park is dominated by rugged peaks and exposed rock formations. The most easily recognizable and well-known geologic feature in the park is The Breadknife, which is a 90 m (295 ft) high volcanic dyke. Other important rock formations in the park include the Belougery Spire, Bluff Mountain, Split Rock, and Crater Bluff. Additionally, the highest peak in Warrumbungle National Park is Mount Exmouth (1,206 m/3,956 ft).

Many of these features can be explored on the various walking trails that criss-cross the national park. Better yet, most of these hikes offer incredible panoramic views of the rock formations in the area.

Warrumbungle National Park is also Australia’s first Dark Sky Park. This means that the region has minimal light pollution, which makes the night sky more vivid than most other places in the country. This has made the park a popular destination for stargazers, astronomers, and photographers.

Warrumbungle National Park is situated close to several other protected areas that are also worth visiting if you’re in the area, including Mount Kaputar National Park, Pilliga West State Conservation Area, and Coolah Tops National Park.

Warrumbungle National Park is thought to contain the best examples of exposed volcanic rock in eastern Australia. You can admire spires, plugs, domes, dykes, sills, and lava flows from within the park’s boundaries.

The region saw significant volcanic activity about 17 million years ago as thick trachyte lava and later more fluid (i.e., lower viscosity) basalt lava flowed from vents over the area. Since then, erosion and significant weathering have carved out the volcanic pile, leaving behind the hard trachyte features that you see in the region today.

Nowadays, you can also see lava domes in the park at Belougery Split Rock. The Breadknife is the most prominent trachyte dyke in Warrumbungle to visit, too, as it stands at 90 m (295 ft) high in the middle of the park. Meanwhile, Crater Bluff is one of the best examples of a volcanic plug in the park, and Bluff Mountain is the largest lava dome in the Warrumbungle Mountain Range.

Warrumbungle National Park is home to a great variety of plants and animals. Some of the most notable flora that you’ll find in the park include the Warrumbungle Range wattle, geebung, and broad-leaf hop-brush.

The national park is a popular bird-watching destination in New South Wales. There have been over 190 bird species recorded in the park to date, including emus, kookaburras, wedge-tailed eagles, and boobook owls.

You can also spot some native animals roaming the valleys and campgrounds of the park, including kangaroos, ringtail possums, greater gliders, brush-tailed rock wallabies, and blue-tongue lizards.

Warrumbungle National Park was once an important habitat for koalas. However, the devastating bushfires of 2013 all but wiped out the remaining population of koalas in the region. There are ongoing conservation efforts to reintroduce koalas to the national park.

Warrumbungle National Park has been a place of spiritual importance for the Gamilaroi, Wiradjuri, and Weilwan people for many years. There is archaeological and cultural evidence of human occupation of the area dating back 5,000 years. The name ‘Warrumbungle’ comes from the Gamilaroi language, and it roughly translates as ‘crooked mountain.’

In 1967, management of the park was signed over to the National Parks and Wildlife Service. The park’s walking tracks and campgrounds began to be constructed shortly thereafter. The national park was added to the Australian National Heritage List in December 2006 and was recognized as a certified Dark Sky Park by the International Dark Sky Association in July 2016.

There are many hikes and walking trails in Warrumbungle National Park for visitors to enjoy. They range from easy to difficult in intensity and there are trails of many different lengths to choose from for your adventures. Some of these hikes reward trekkers with incredible views from atop rocky peaks and exposed ridgelines, while others offer an opportunity to admire the volcanic landscape of the region up close.

Here are the best hikes in Warrumbungle National Park to check out during your next trip to the region.

Tara Cave is a nice walk for those interested in admiring the Indigenous heritage and culture in the region. This relatively casual path leads through a eucalypt woodland and is just 3.5 km (2.1 mi) long round trip.

Once you reach the cave itself, there are information boards to help you understand the significance of the place. You’ll notice cuttings and grooves in the rock, which are remnants of the stone carvings and sharpening techniques that have been used by the Gamilaroi people for generations.

Belougery Split Rock is one of the most prominent examples of a lava dome in the national park. You can admire the peak’s unique geology on a 4.6 km (2.85 mi) circuit walk that is quite steep and strenuous in places.

To reach the highest point on the walk, you need to climb up a short spur. However, your hard work is rewarded with beautiful views of the middle of the park and the Grand High Tops.

Goulds Circuit is a wonderful loop hike that can be added to the Grand High Tops hike or completed as its own shorter loop. This 6.4 km (4 mi) long loop is a moderately difficult trail that mostly travels through dry eucalypt forest.

The circuit offers a chance to explore two tors: Febar Tor and Macha Tor. Reaching the top of these small volcanic plugs requires a slight scramble, but they reward you with incredible views of Bluff Mountain and the Grand High Tops.

An excellent walk if you’re short on time, Fans Horizon climbs up over 1,000 steps to an impressive lookout atop the sandstone cliffs of Balgatan. This out and back trail is just 3.6 km (2.2 mi) long round trip, but it is a steady climb, so be prepared for a workout.

From the main lookout at the top of this trail, you can see the summits of the Grand High Tops, including Belougery Spire, The Breadknife, and Crater Bluff, as well as other notable valleys and rocky peaks in the park.

The Breadknife and Grand High Tops

The panoramic view from the top of the trail is one of the most impressive you’ll get in the whole area. But keep in mind that this trail can be quite demanding as it involves hiking over various ups and downs on rocky terrain. That said, the opportunities that this hike gives you to admire the lava domes and plugs of the national park up close are well worth the effort.

The main Breadknife and Grand High Tops hike is 12.5 km (7.8 mi) long round trip, however, there are options to extend your hike if you wish. If you’re feeling up to it, you can continue on from the Breadknife to Bluff Mountain and even further to Mount Exmouth, which would require at least one night of camping on the ridge to complete.

Bluff Mountain is one of the most impressive peaks in Warrumbungle National Park. The long but rewarding hike to reach the top of the mountain begins from Pincham Carpark. To complete this hike, you’ll first follow the trail to the Breadknife and Grand High Tops, taking in the views along the way.

Then, the trail continues along the ridgeline until you reach the top of Bluff Mountain. The panoramic views from the top are stunning, although you’ll have to be careful as you walk because the rock face has a sheer drop of around 250 meters (820 ft).

To return to the Pincham Carpark from the top of Bluff Mountain, you can continue along the ridge to Ogma Gap before taking the West Spirey Track, which will turn your journey into a complete loop. Note that this 17 km (10.5 mi) hike requires most of the day to complete.

Mount Exmouth is one of the longest hikes in Warrumbungle National Park. However, it’s arguably the most rewarding as it takes you to the highest point in the area and is one of the last remaining pieces of the original volcanic shield.

The long climb on this hike mostly follows the Burbie Fire Trail up to Burbie Camp. From the camp, the fire trail continues to Danu Gap by climbing through a beautiful forest. You can opt for a break at Danu Gap, before making the final push to the top of Mount Exmouth on a skinny walking trail.

As is the case with Bluff Mountain, the panoramic views from the top of Mount Exmouth are outstanding. From the summit, you can see the entirety of this vast national park in every direction.

This hike is 17.5 km (10.8 mi) long round trip. However, there is also the option to add a short side trip from Danu Gap to Cathedral and Arch, which also has incredible views for visitors to admire.

Warrumbungle National Park is quite a remote park in New South Wales. Coonabarabran is a small town that’s located nearby, but the closest major city, which is Sydney, is over 500 km (310 mi) away from the park.

However, there are a number of campgrounds inside the national park boundary with relatively good facilities. You can choose between vehicle-accessible camping or hike-in only campgrounds during your trip to the park.

Vehicle accessible campgrounds in the park include:

Some of the hike-in only campgrounds in the park include:

Warrumbungle National Park is located in a remote place and there aren’t many major towns in the area. However, you can find supplies in the following nearby communities:

The closest major city to Warrumbungle National Park is Sydney. Sydney is the capital city of New South Wales, but it’s located a long drive away from the national park (the total driving distance is around 526 km/327 mi). This means that most people will need at least a few days to make a trip to the national park from the city.

Sydney has a domestic and international airport, and it is easily accessible by road via major highways. In addition to being Australia’s largest city, Sydney is well-known for its famous landmarks, which include the Sydney Harbour Bridge and Sydney Opera House. You can find stunning beaches and national parks not too far from Sydney, too, if you’re looking to escape the hustle and bustle of city life. 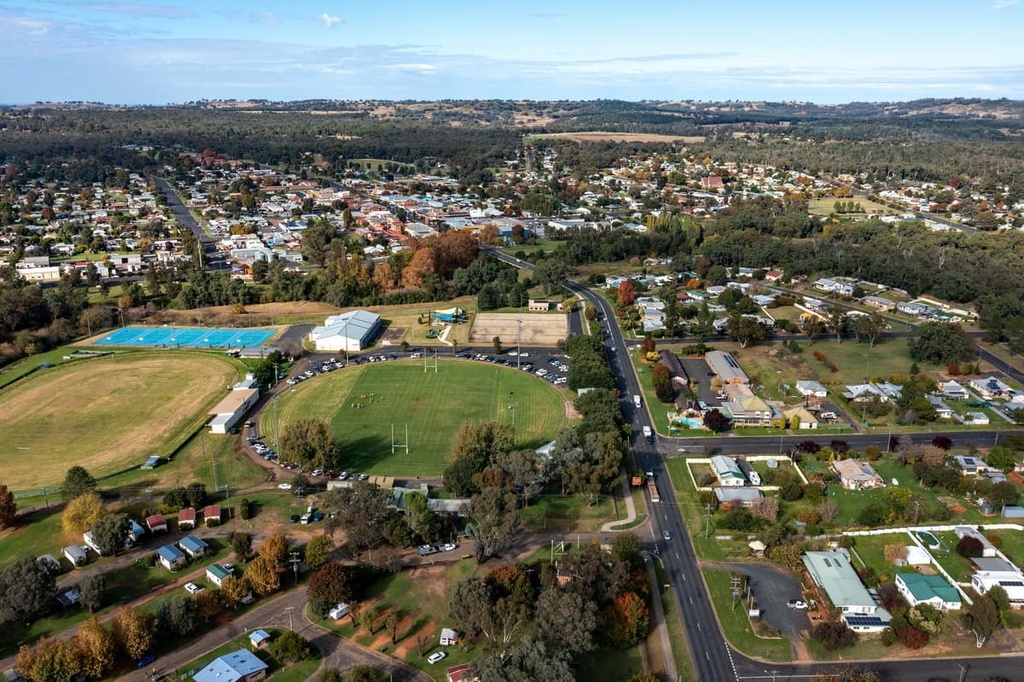 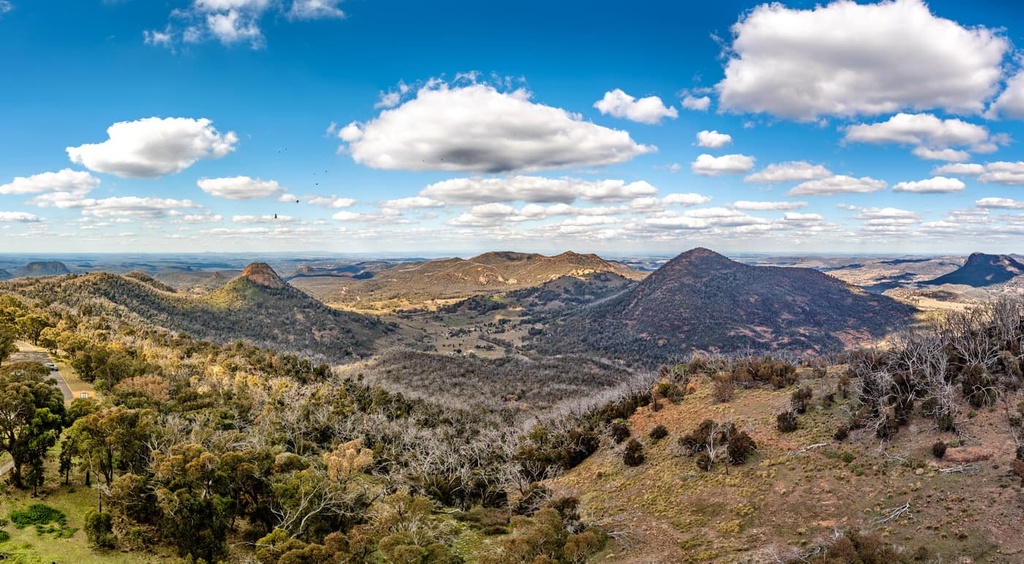 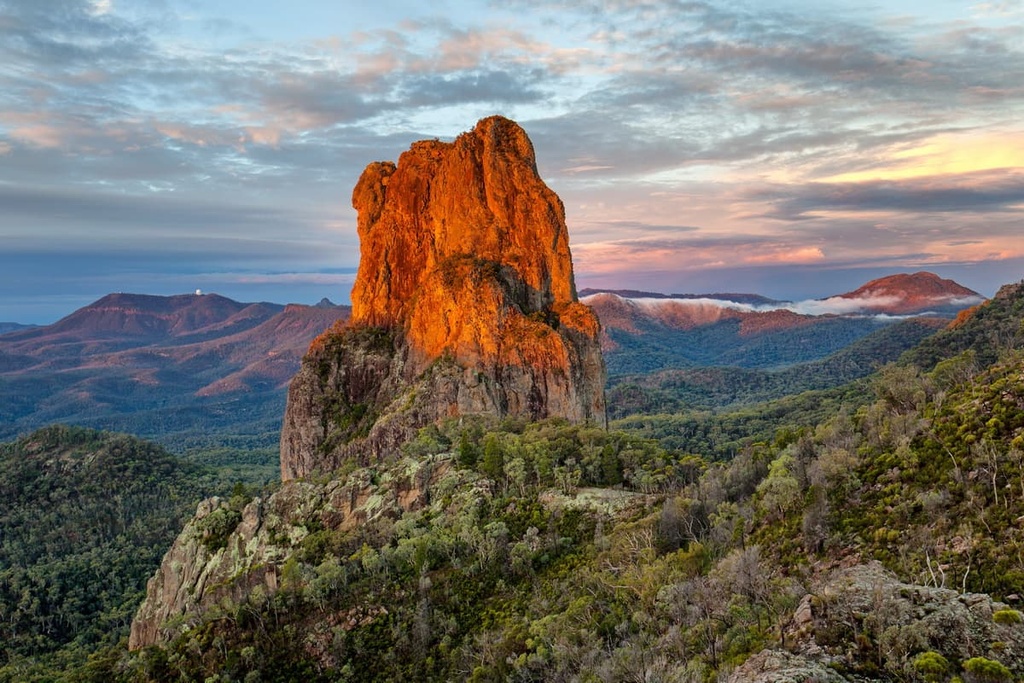 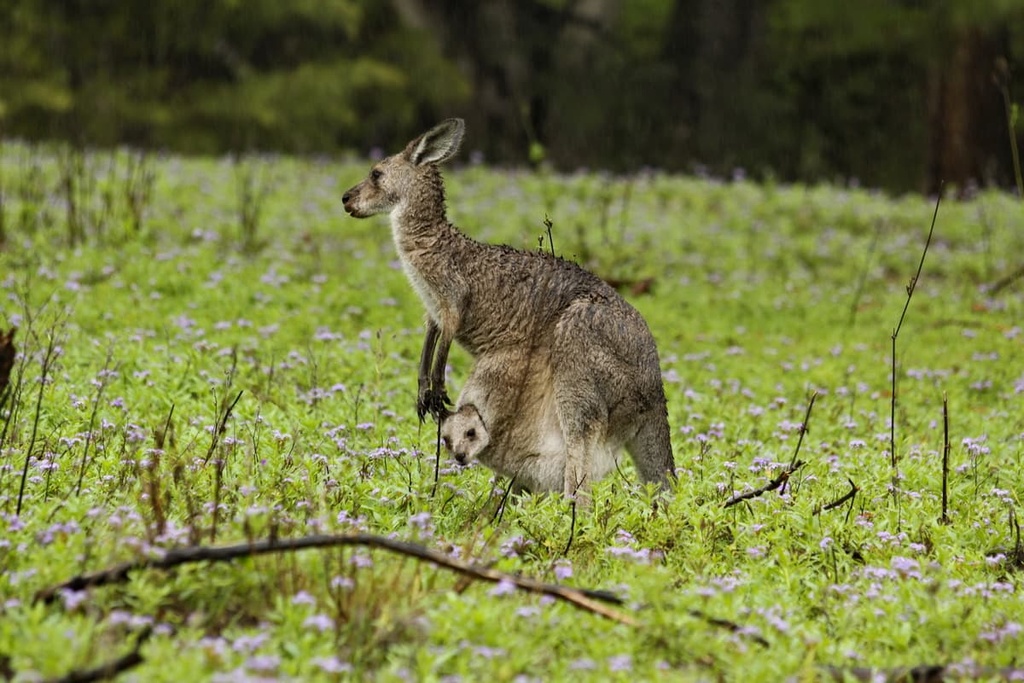 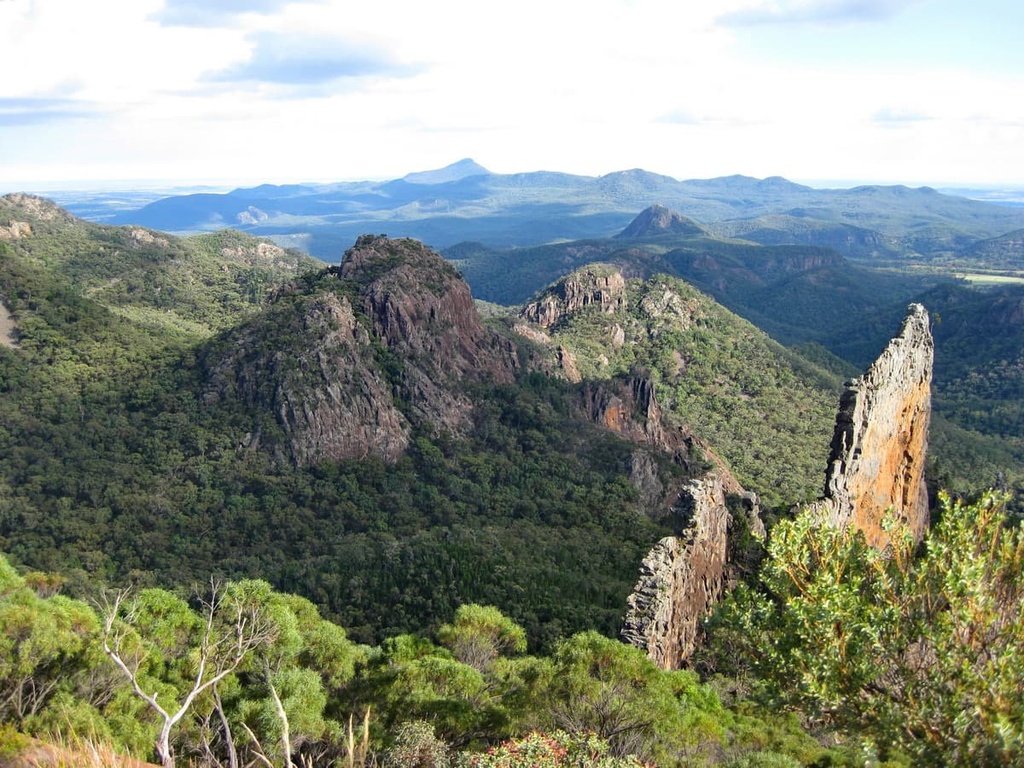 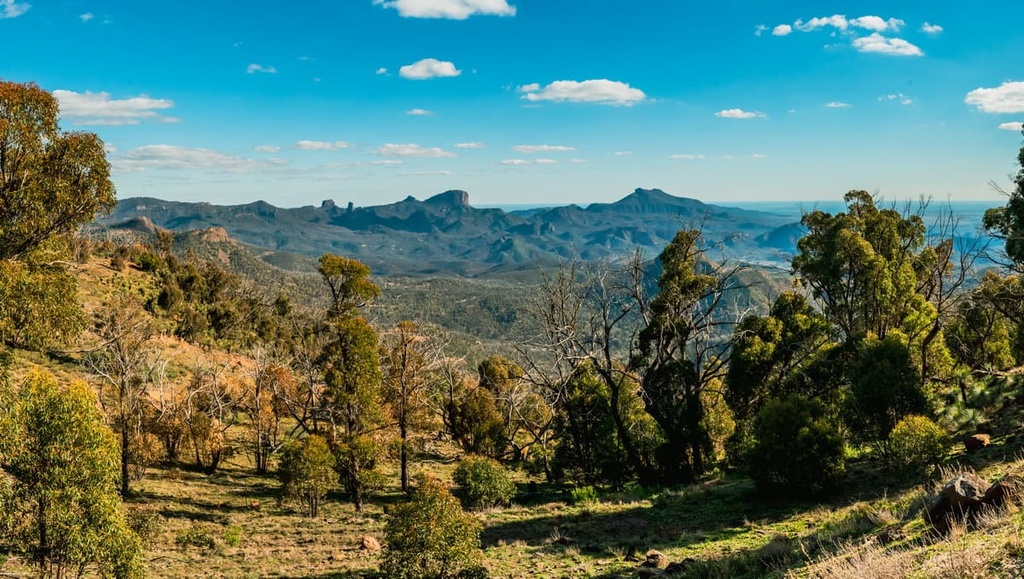 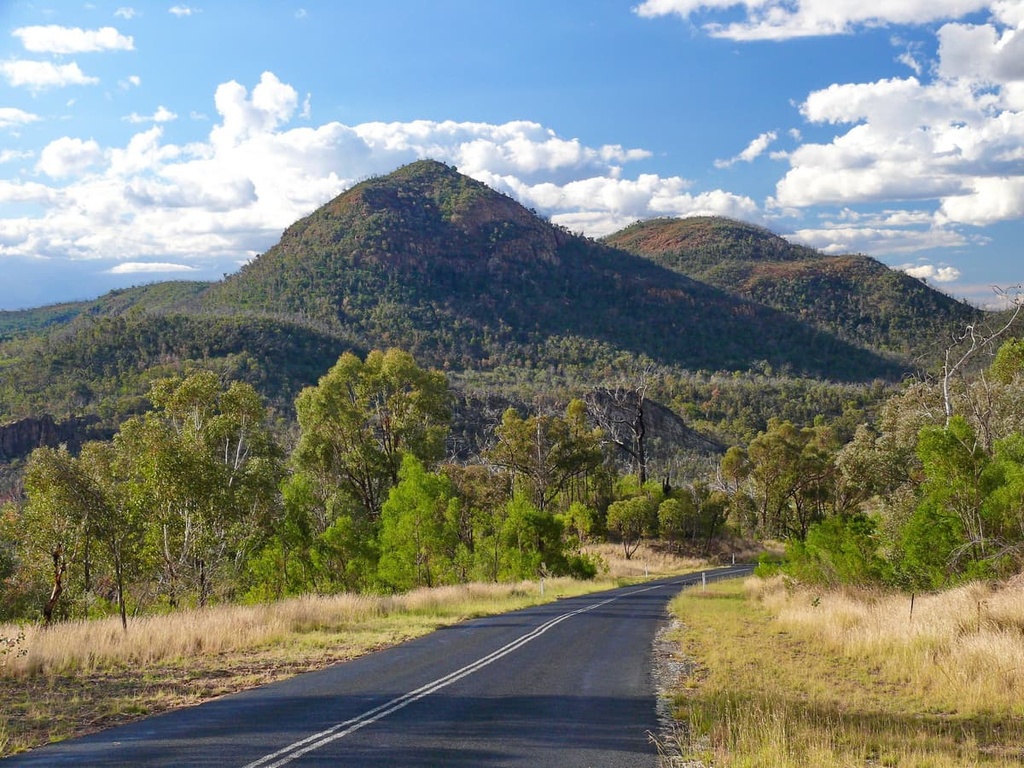