The Pechora-Ilychsky Natural Biosphere Reserve is located in the Komi Republic in the Northern Urals, Russia. Its name comes from two rivers, viz. the Pechora River and the River Ilych. In the north, the reserve borders with the Yugyd Va National Park. In the south, west and north the border of the reserve runs along the rivers Pechora and Ilych, and in the east along the Belt Stone Range (Poyasoviy Kamen Range). 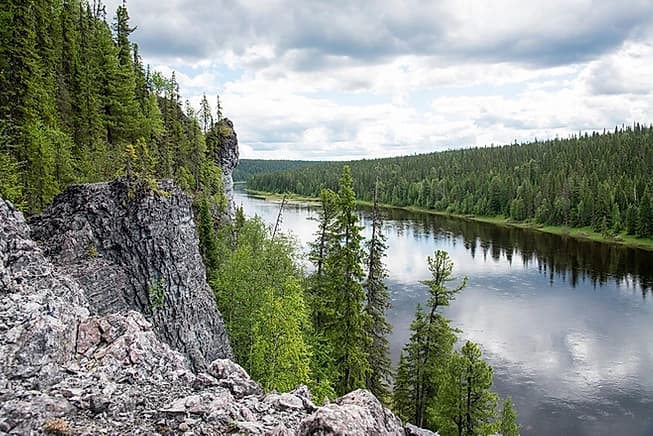 It was founded in 1930 primarily to preserve valuable fur animals, especially sable. After restructuring, its area was reduced and now it is 721,322 hectares. In 1985, the reserve was granted the status of a UNESCO Biosphere Reserve. And in 1995 the Pechora-Ilychsky Reserve and the Yugyd Va National Park were united under one nickname "The Virgin Forests of Russia" and were included in the UNESCO World Heritage List.

The vegetation of the reserve includes pine forests, dark coniferous forests, mountain tundra, and marshes. There are hundreds of species of higher plants, mosses, lichens, birds as well as dozens of animal and fish species.

The abundance of European elks, aka moose, allowed creating the world's first moose farm back in 1949 on the bank of the Pechora River in the village of Yaksha. It is not a mere coincidence that the farm is also dabbed ‘an experimental lab’. The rangers of the Pechora-Ilychsky Reserve have been trying to domesticate traditionally forest inhabitants – elks, to use them in agriculture. Due to many years of their work in Yaksha, they managed to raise several generations of elks whom they milked or used as draft animals put in sledges instead of horses. Nowadays, there are a few domesticated animals left (unfortunately, a significant part of elks have suffered from poachers and wild animals). You can see them when you come to Yaksha on a tour. The animals move around the farm freely, you can feed and pet them.

These are giant stone idols, also called "weathering pillars". Man Pupu Ner is one of the Seven Wonders of Russia. The others include Baikal Lake, The Valley of Geysers, the Mamayev Kurgan, Peterhof, Elbrus, and St. Basil’s Cathedral. Man Pupu Ner is perhaps the most amazing place in the Northern Urals. They are 7 statues of 30-42 meters high, located on an almost flat plateau of Mount Man Pupu Ner. According to scientists, the pillars appeared as a result of many-million-year erosion caused by water, sun, wind and frost impact on the mountains that had once existed here. However, the local population (the Mansi, the Voguls) believe that “the idols” are the fossilized enemies of their tribes who in ancient times tried to attack the peaceful locals and were petrified by the spells of a shaman. This is depicted in their legends. The second name of the monument is "Balvano-iz" which means "the Mountain of Idols" in the Komi language. One legend says that previously only shamans of the Mansi tribe were allowed to ascend the plateau to gain magical power.

Each of the pillars of Man Pupu Ner has a unique shape and face. If you gaze at them for some time, those mysterious idols can enchant and mesmerize you.

There is another amazing and even more difficult to access the creation of nature just 17 km away from the idols of Man Pupu Ner. An unusual heap of rocks on top of a mountain which resembles the ruins of an ancient city is called Torre Porre Iz or "The Stone City". Among the buildings of this city you can find stones that resemble silhouettes of a sphinx, a camel, a lizard and a pigeon. From the city walls of the Stone City, you can see the silhouettes of stone idols of Man Pupu Ner lingering in the distance.

How to get there and the routes

For the moose farm visit, you have to get to the village of Yaksha. It can be reached by train. The village is located 496 km from Syktyvkar, the Komi Republic. The state of roads to the moose farm is not always good and in the off-season, the roads may become impassable, in winter they may not always be cleared of snow as well. You will have to enquire about the road conditions in the administration of the moose farm in Yaksha.

There are two traditional routes to Man Pupu Ner and Torre Porre Iz and one simple one. You can drive and then go some way on foot, or take a boat or fly a helicopter. Recently, the most popular route is a so-called express excursion when a touristic group arrives by helicopter from Ukhta city. For inexperienced travellers and tourists with children, it is the most optimal way. You can get to Ukhta city by plane and by train. There are flights from Moscow to Ukhta. You can also get from Syktyvkar to Ukhta by coach.

Mind you, as of 21.01.2020 the Reserve issued an official notification that starting from the summer season 2020 the Reserve stops forming and accompanying tourist groups along the route of the Yaksha-Plateau Man Pupu Ner. The formation of groups will be carried out by tour operators who have signed a cooperation agreement. At the present time, LLC "Irbis" Larionov A.A. is working on this route.

However, you can still go alone, or in a small group of friends, providing you have sufficient experience of hiking in the wild. Should you wish to travel by snowmobiles, you will need to take sufficient supply of fuel, as there will be no refuelling along the way. Actually, there will be no ‘civilization’ at all.

In the off-season (May and from October to November) it is better to refrain from travelling in the Northern Urals. The weather in these periods is unpredictable and can bring unexpected surprises that can discourage even the most weathered tourist. Also, it is impossible to predict the weather in summer in Man Pupu Ner. This mountain ridge is the first to take the blast of the western weather fronts and you can frequently see snow in June and August, whereas the heat of July may suddenly be replaced by heavy rains. In winter, there can be impassable snowdrifts and excessively cold temperatures of around -50 degrees Celsius (-58 degrees Fahrenheit). Snowfall usually begins in early September. Finally, the Man Pupu Ner Plateau itself is always windy.

When preparing for the trip to Man Pupu Ner and Torre Porre Iz, you will need to obtain an official permit from the Pechora Ilych Nature Reserve in the village of Yaksha. The application form for the reserve visit and the contacts can be downloaded from the official website of the reserve https://pechora-reserve.ru.

The same site of the Pechora-Ilychsky Reserve provides up-to-date information on how to get to the reserve, on current routes, and excursion tours.

There are no hotels in the Man Pupu Ner and Torre Porre Iz area. Cafés and shops are only in the major urban settlements. You will have to carry everything you need with you. Communication is by satellite phone only. There is a heated house on the Man Pupu Ner Plateau where you can stay in bad weather and there is also a gazebo.

Beware of the wolves

On the official website of the reserve, there is some information on the recent surge in activity of the wolves. Some chained dogs have gone missing, the assumption is they have fallen prey of the hungry wolves. The locals are afraid to walk alone in the dark. In the village, the dark time of day comes at 15.00 and lasts until 8.00 am the next day. The wolf is a proud owner of the taiga and one should not underestimate its intellectual powers.

A lone wolf rarely meets a man in his path. If the animal smells a human scent or hears steps, it will bypass a man in advance. Yet, the rule does not work with a wolf pack. The main reason why wolves come very close to people is hunger.

There are several rules of conduct when meeting a wolf:

Overall, all those elements and potentially aggressive animals are no reason not to enjoy the wild. As the Russian saying goes if you are afraid of the wolves, don’t go to the forest, the closest English counterpart is he that feareth every grass must not walk in a meadow OR nothing ventured, nothing gained.

Tell us about your adventures in the Russian wilderness once you get there. 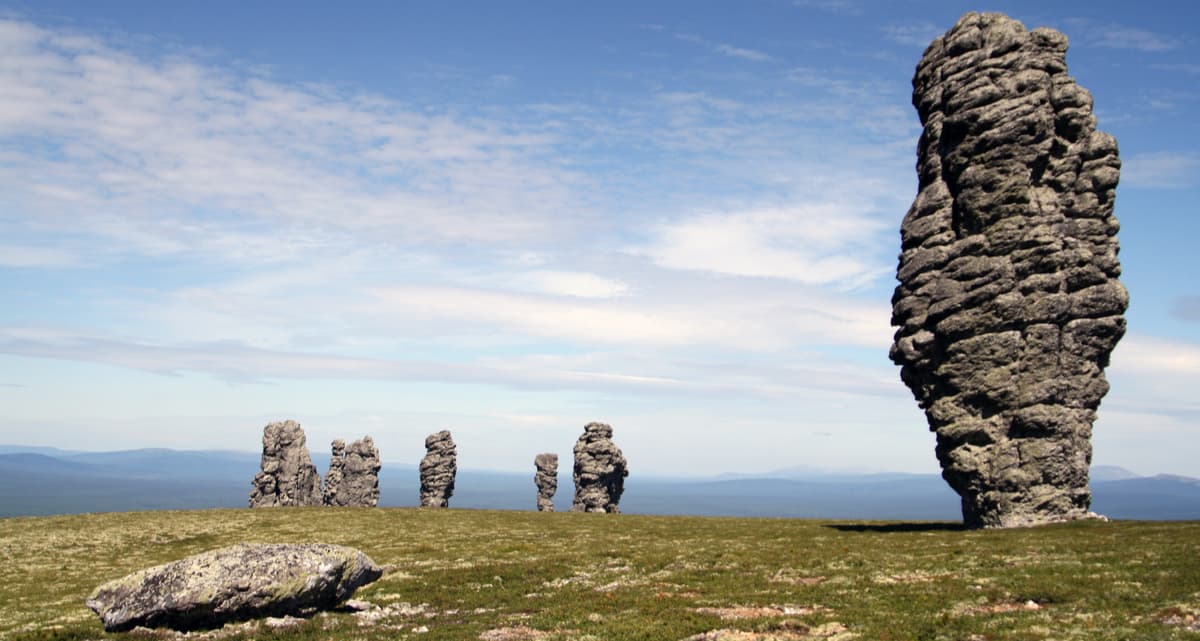 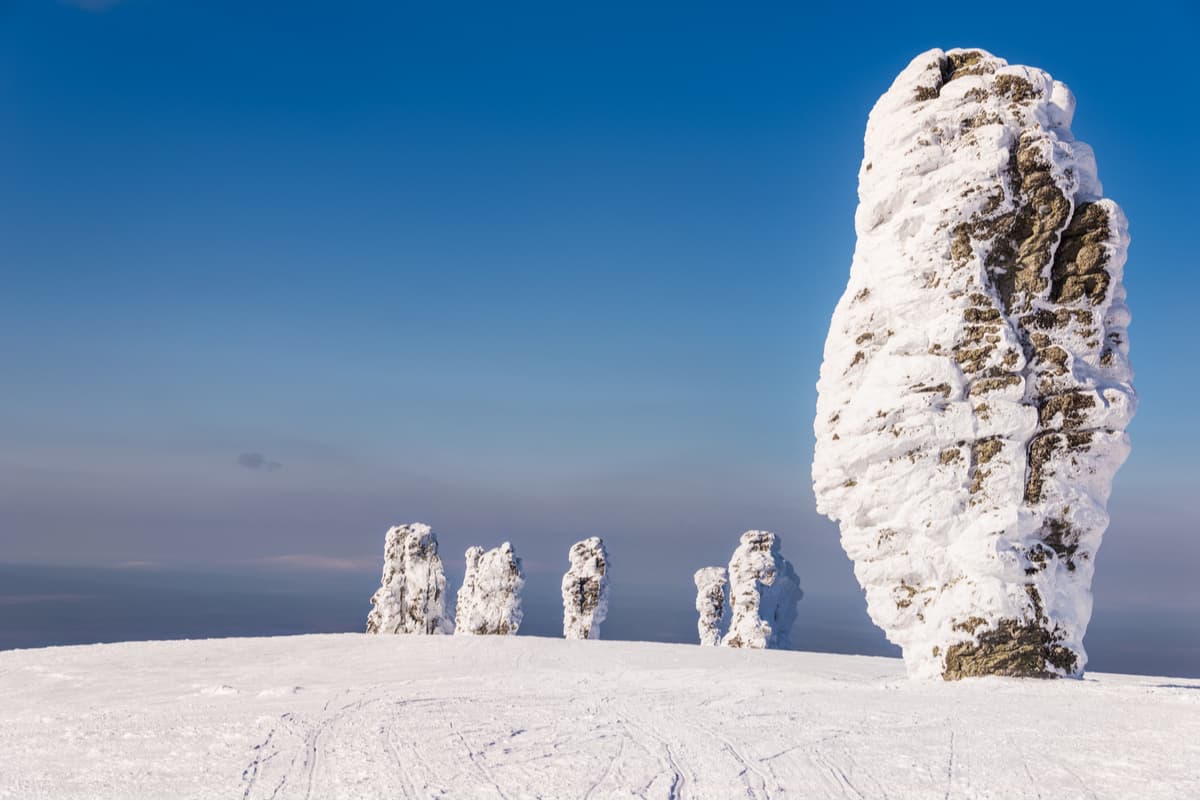 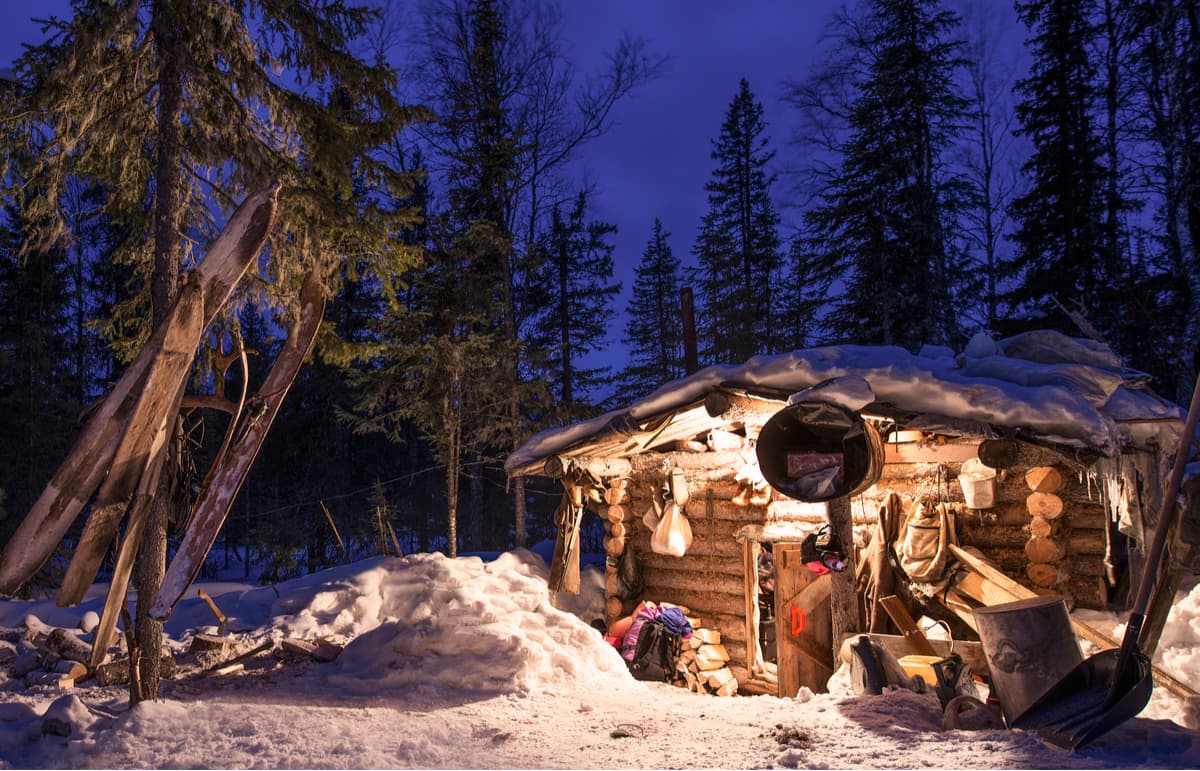