Mount Jefferson is the second tallest peak within Oregon, second only to Mount Hood that stands at 11,250 feet. The vegetation in the wilderness consists predominantly of Douglas-fir, silver, fir, subalpine fir, mountain hemlock, along with various species of pine and cedar trees. There are five distinct glaciers on Mount Jefferson: Whitewater, Waldo, Milk Creek, Russell and Jefferson park. The wilderness is also abundant with alpine meadows and over 150 lakes, many that are stocked with trout.

This 5.5-mile out and back hike is rated as easy as it gently strolls along the Metolius River. Starting at the Lower Canyon Creek Campground, this trail passes gushing riverbanks and rapids. The trail follows the river downstream before reaching the Wizard Falls Fish Hatchery at 2.7 miles. Within only 100 feet of total elevation gain, this hike is perfect for all skill levels while still providing views of wildflowers, old growth forests, and of course the clear flowing waters of the Metolius River.

This 11.2-mile out and back hike is one of the most beautiful within Mount Jefferson Wilderness. With over 2,500 feet of climbing many hikers choose to spend the night once they reach Scout Lake. From the lake you will have breathtaking views of both Mount Jefferson (from the north shore) and Park Butte (from the south shore). The lake itself has sandy shores and is quite deep, perfect for a mid-hike swim. Campfires are not allowed in the area so if you do camp overnight be sure to bring a stove and obtain the proper permits. Due to the high elevation of the lake and surrounding areas, the snow coverage does not usually thaw until the middle of July. Be sure to check trip reports prior to leaving to ensure the trail is open.

A popular multi-day hike within the wilderness, Three Fingered Jack Loop is 21.5-miles with roughly 3,000 feet of elevation gain. The trail starts at the Pacific Crest Trailhead at Santiam Pass. The beginning of the trail is loose, dry and sandy before you reach the forest where it becomes more compact. Be sure to look for mountain goats throughout the entire loop. Throughout the hike you’ll pass Square Lake, Booth Lake, and Wasco Lake. Take in the views of Maxwell Butte, Duffy Butte, Mount Jefferson, and of course, Three Fingered Jack. While many hikers complete the loop in two days, experienced trail runners and hikers can complete it in one day. 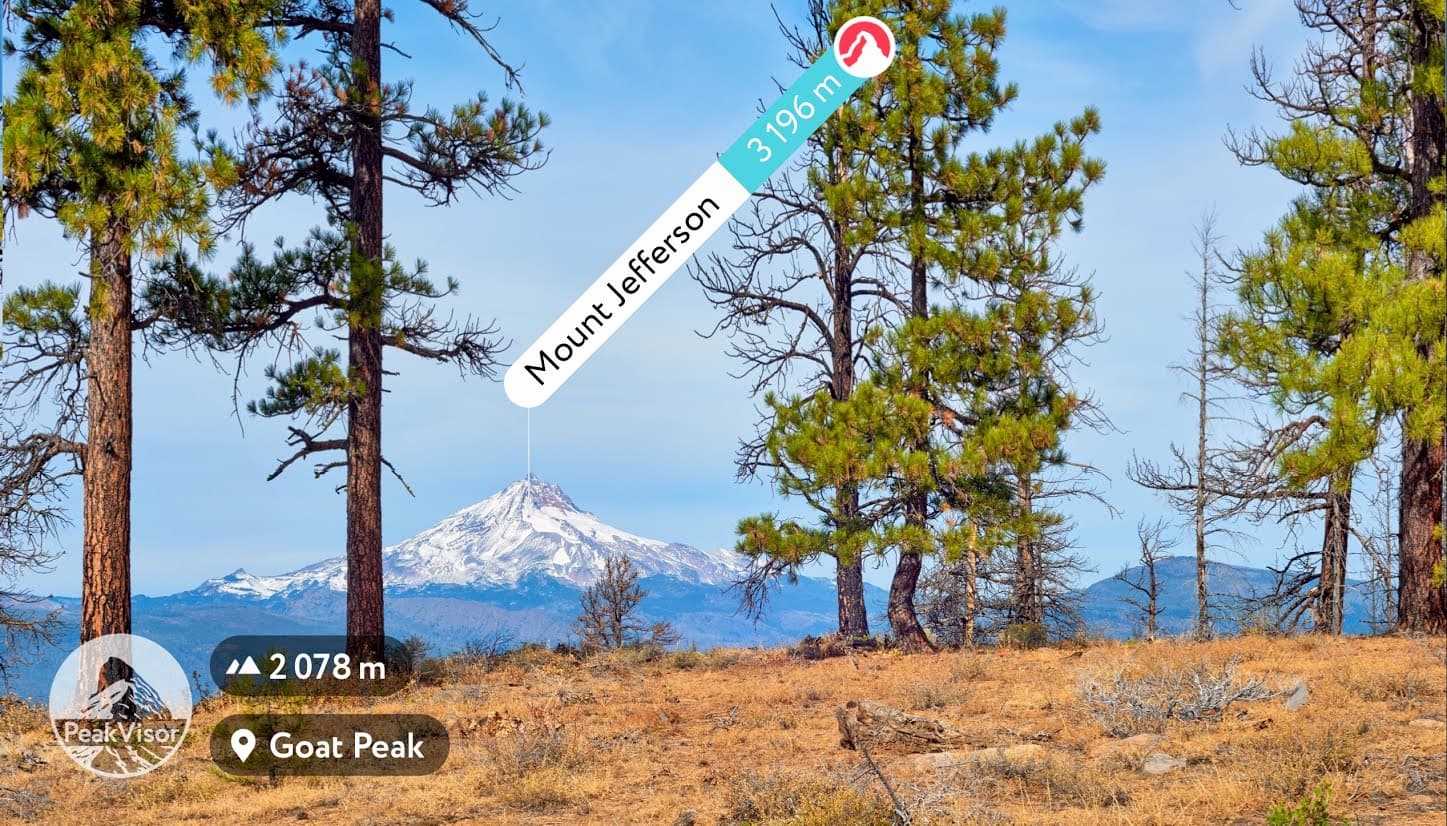 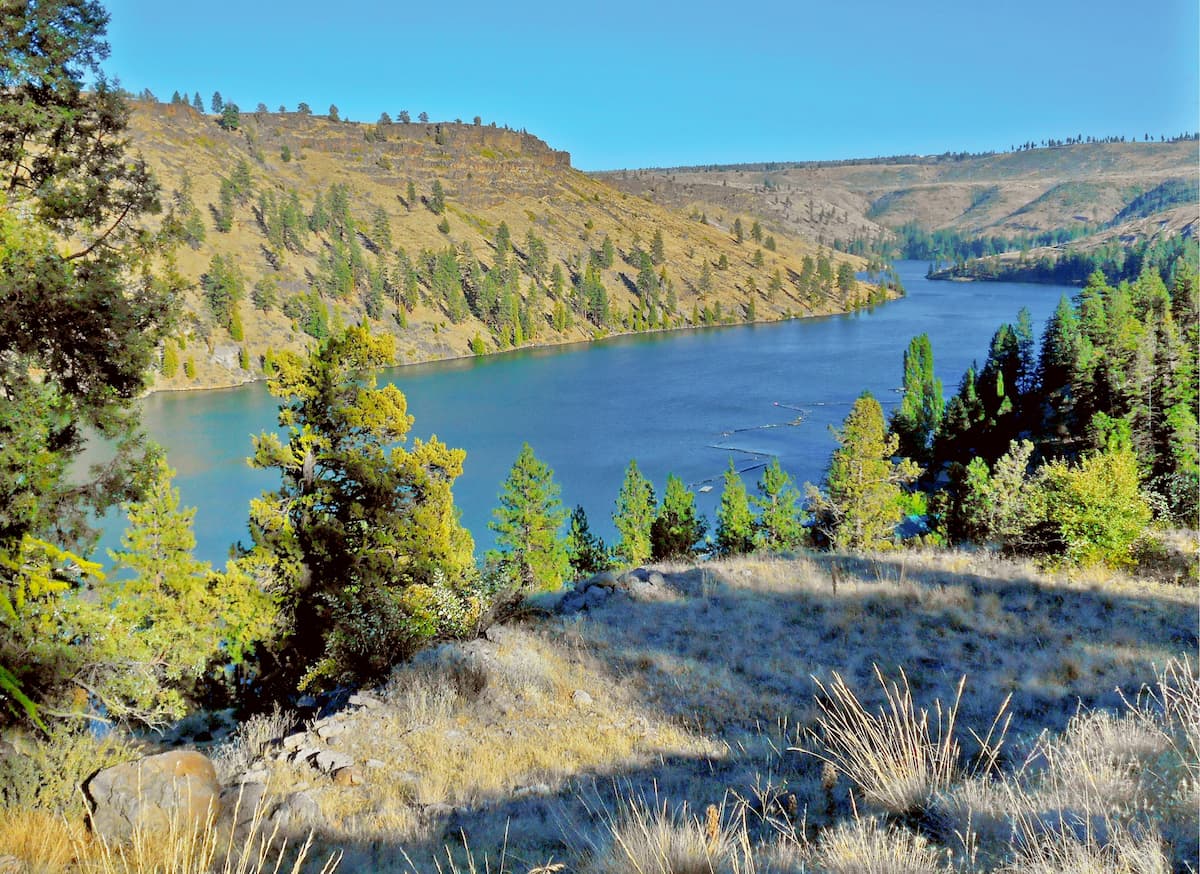 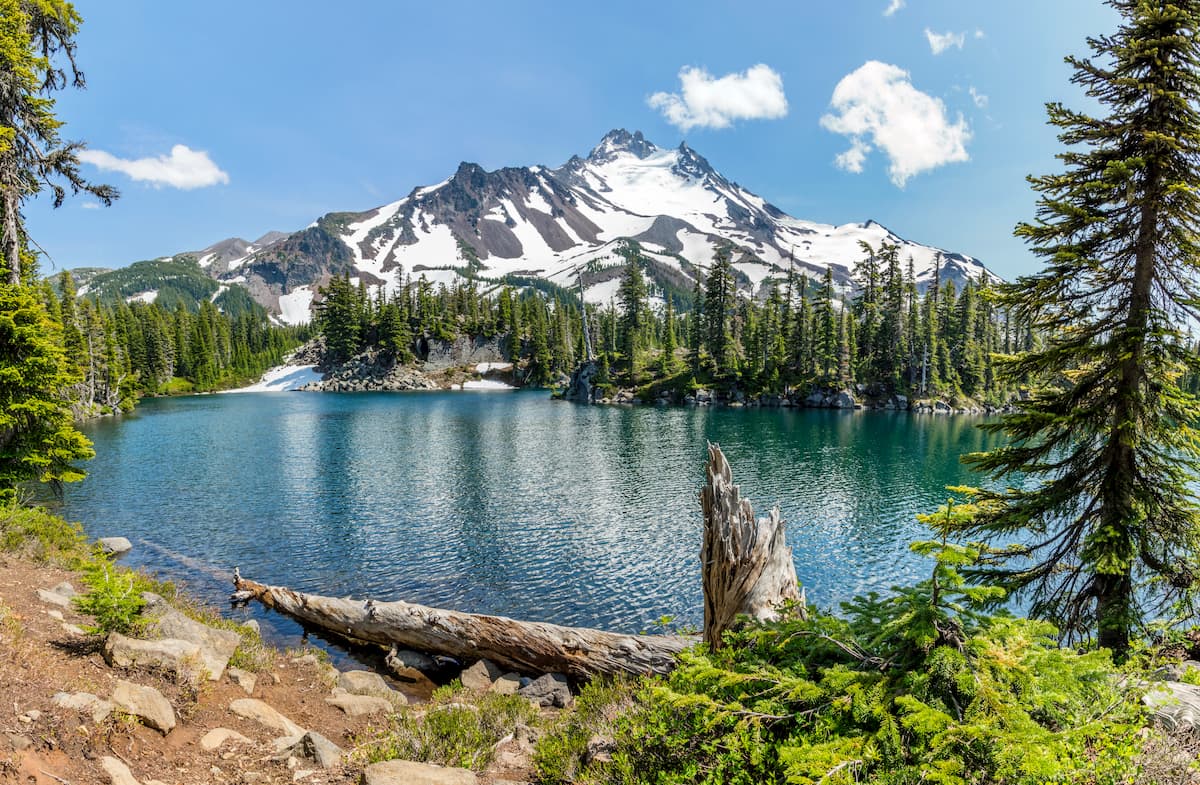 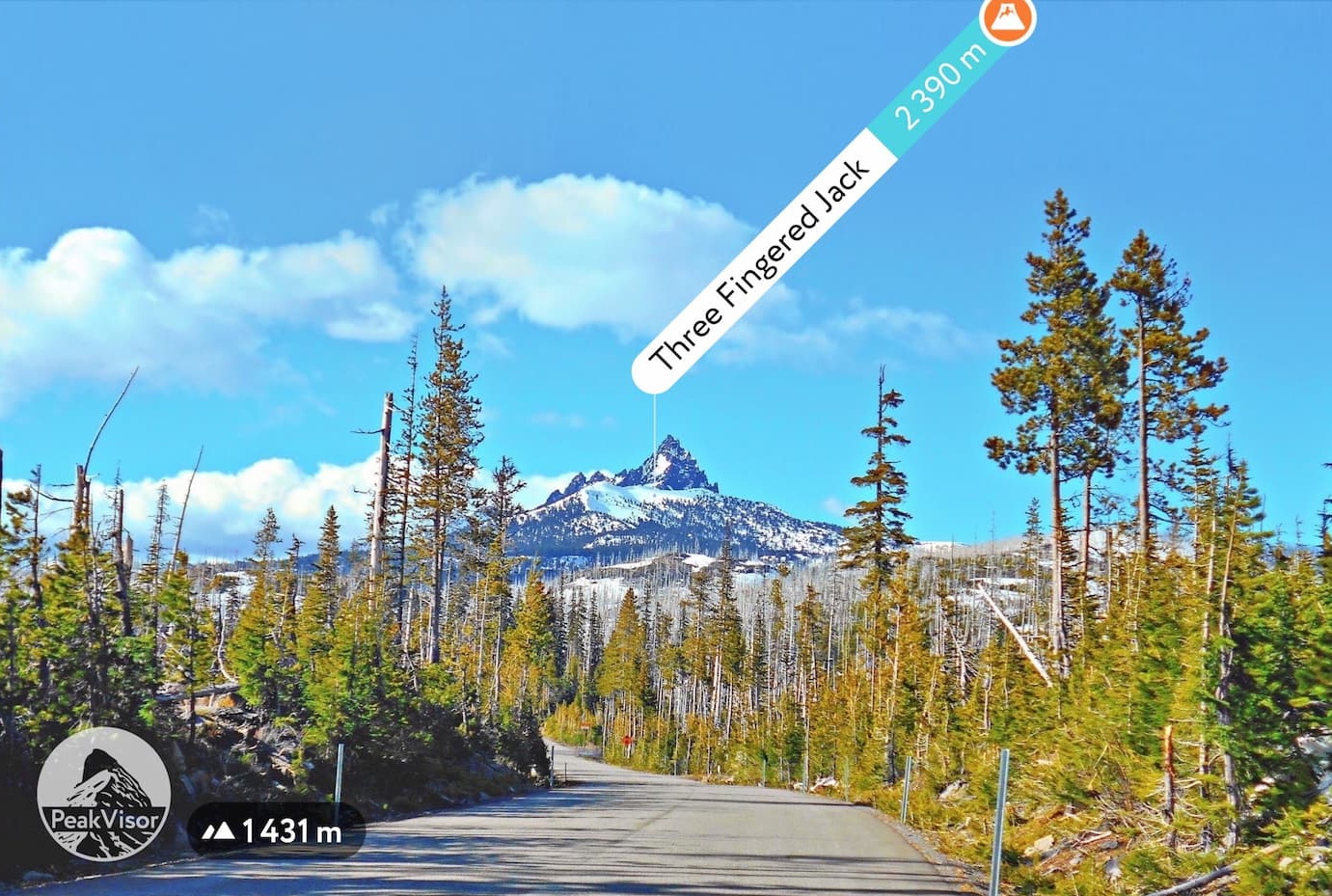 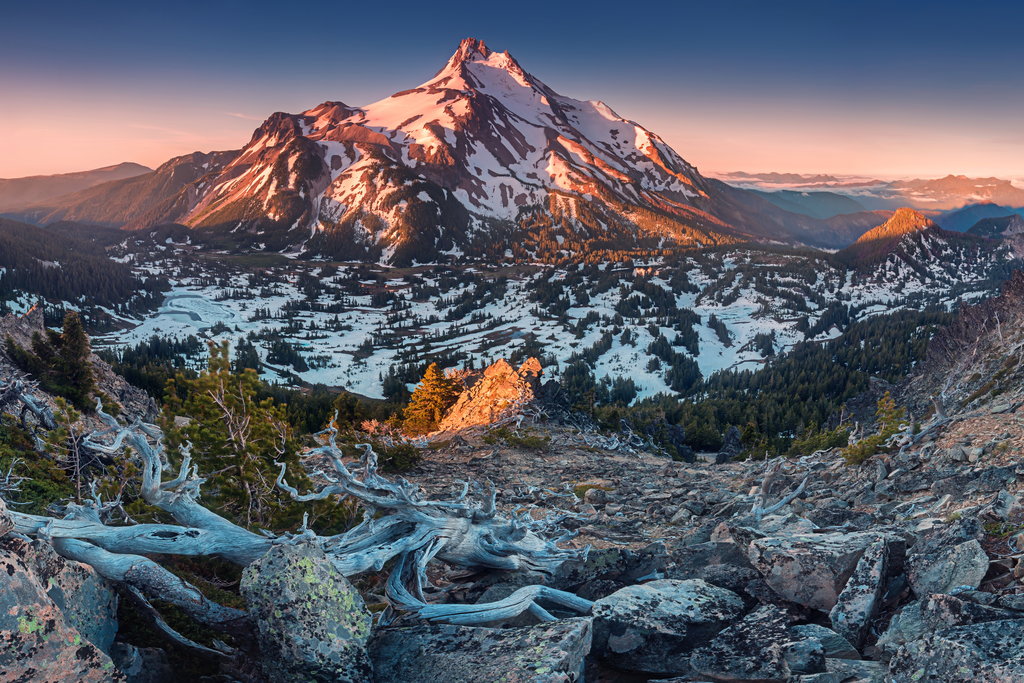 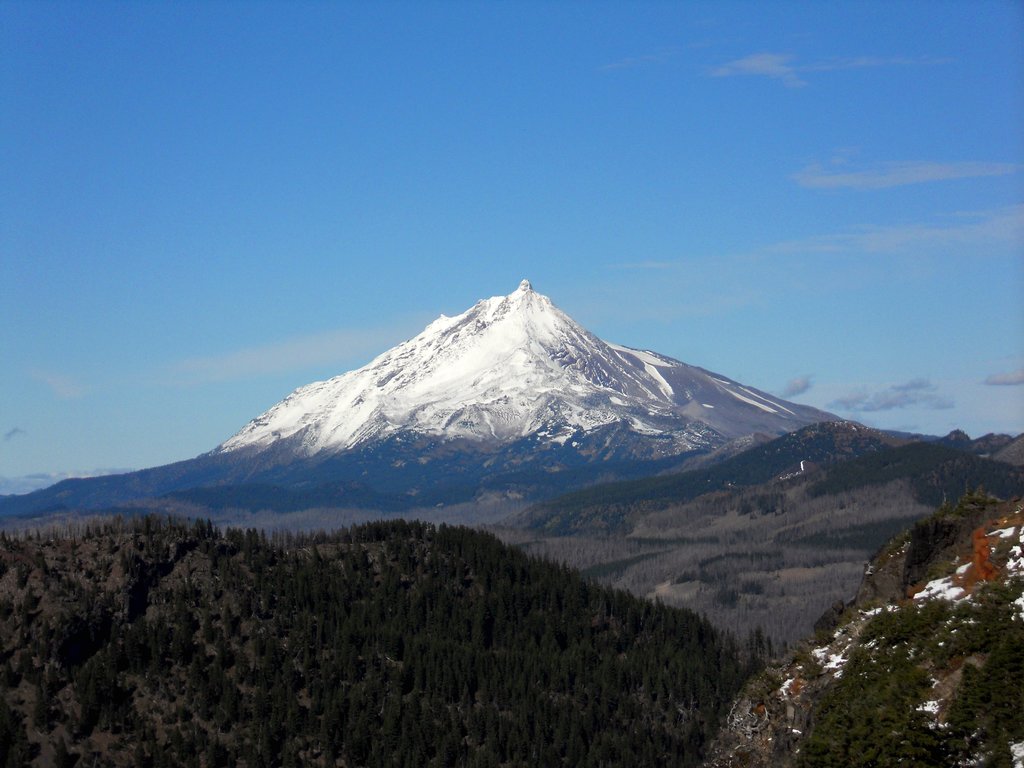