The Celaque National Park is a protected park located in the western Honduras. The national park spans 103 square miles across the Lempira Ocotepequ and Copan regions. This park was established back in 1987 and is home to Honduras' tallest peak. There are 10 named mountains in Celaque National Park. The highest and the most prominent mountain is Cerro Las Minas standing at 9,347 feet with 6,804 feet of prominence. Elevations in the park range from 3,200 feet up to the summit of Cerro Las Minas. Much of the park is quite rugged with nearly two-thirds of it having a slope greater than 60 degrees. From the summit of the country’s tallest peak, hikers have views of the surrounding park, various other volcanoes within Honduras and El Salvador, and even views of the Pacific Ocean in the distance.

Besides being a rugged mountain range, the park is also home to Honduras’ highest and largest cloud forest. Higher elevations within the forest receive as much as 95 inches of annual rainfall, helping it become the most biodiverse region in all of western Honduras. The high precipitation of the region results in Celaque having nine rivers. Combined these rivers supply fresh water to over 120 nearby villages, including the capital of the region, Gracias. Many of the peaks within the park are quite forested, thus not offering expansive views. Notable peaks to hike include El Gallo, Las Minas, and Guatemalillo. 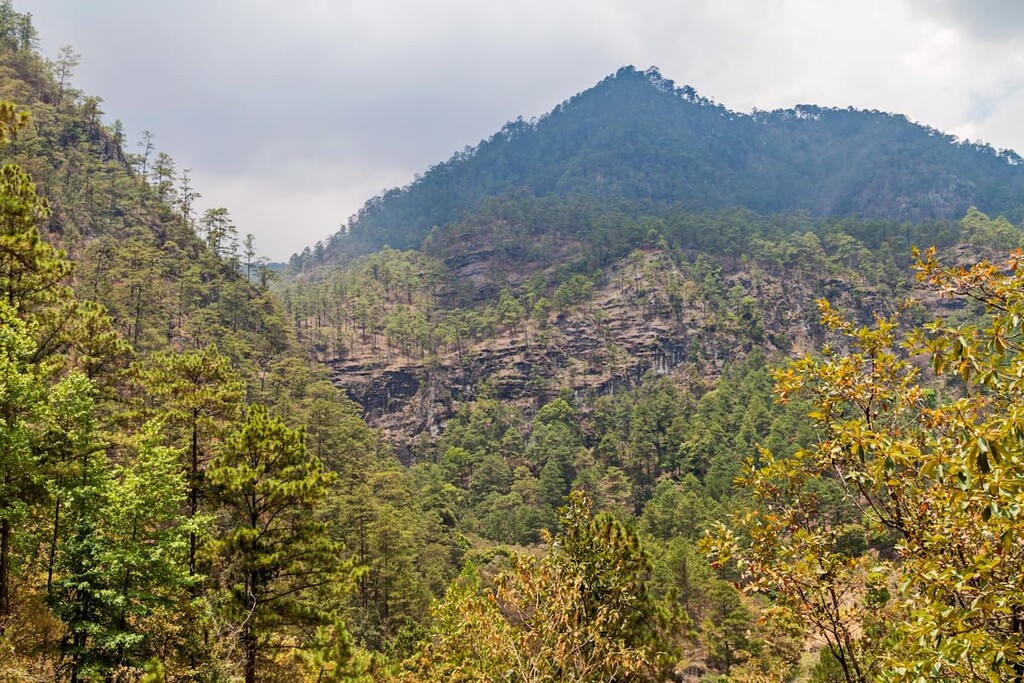 Biodiversity flourishes in the Celaque National Park. Here pumas, ocelots, and 68 other mammals call this region home. Besides mammals, the park is home to nearly 50 species of reptiles, 20,000 species of insects, 287 different bird species, and 27 unique species of amphibians. The Bolitoglossa celaque lives within the forest, an endangered salamander that can only be found in this region of the world. The Celaque National Park is home to 31 endemic species, many that would be at increased risk if the region wasn’t protected.

The park was established after extreme amounts of logging during the 1970s and 1980s took place along the slopes of Celaque. This logging led to severe depletion of biodiversity in the region and led local communities to fight for protection of the land. Today this biodiverse region is now protected from the harmful practices of logging, agriculture and further exploitation. While mass agriculture isn’t allowed within the park, communities still inhabit the land and are allowed to partake in small-scale farming, which is primarily coffee plantations.

Cerro Las Minas: the hike up the tallest peak in the country is no easy feat. The trail totals 12.5 miles round trip and has over 6,200 feet of elevation gain. Hikers follow the steep trail through the cloud forest before eventually topping out on Cerro Las Minas. From here, hikers are rewarded with expansive views of the country below, forested slopes, distance volcanoes, along with views of the ocean. While this can be completed in one long day, many people choose to hike it over the course of two days.

Mirador de la Cascade: This trail totals five miles roundtrip with 2,300 feet of vertical gain. The trail offers viewpoints throughout, on its way up to the waterfall. While getting to see the waterfall is one of the most beautiful views along the route, the trail itself, through the lush forest is equally as gorgeous. The cloud forest is often full of clouds so hikers should complete this trial in the morning for their best chance of viewing the waterfall.

In total the park offers six unique trails totaling about 20 miles. Trails range from a short 15-minute walk to a multi-day excursion. While many of the trails are accessible for all visitors, certain routes require a guide to present to help ensure the protection and biodiversity of the region.

The nearest city to the Celaque National Park is Gracias. The city has a population of 17,000 with the greater region being closer to 57,000. In Spanish, the term Gracias means “thank you”, which led to the naming of this city after Spanish settlers were thankful to have found flat land after climbing through the rugged mountains. Today much of the economy of the city is based on agriculture, farming, forestry and tourism. The mountain town is visited by tourists for its close proximity to the protected regions, historical sites, and local hot springs. 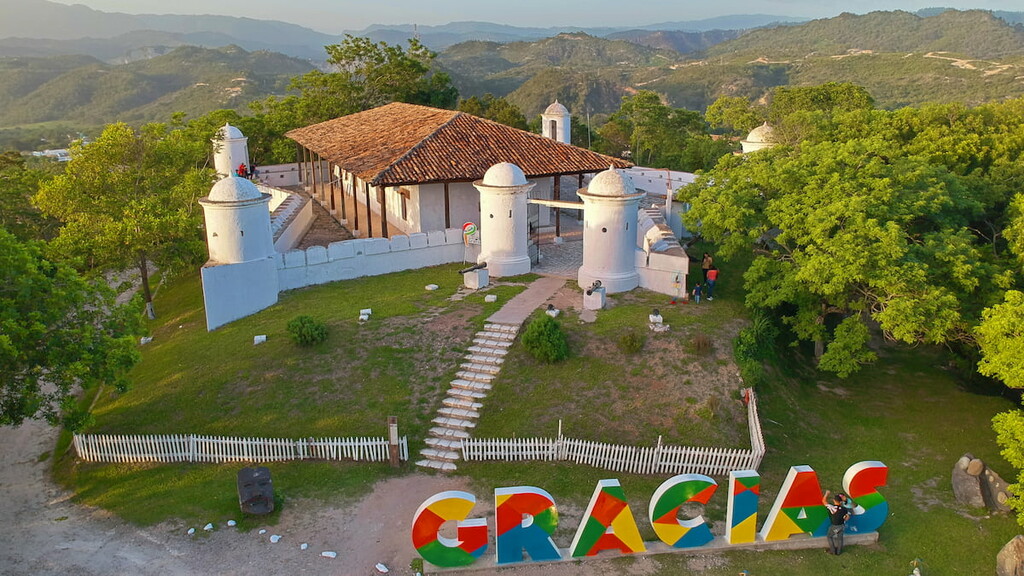 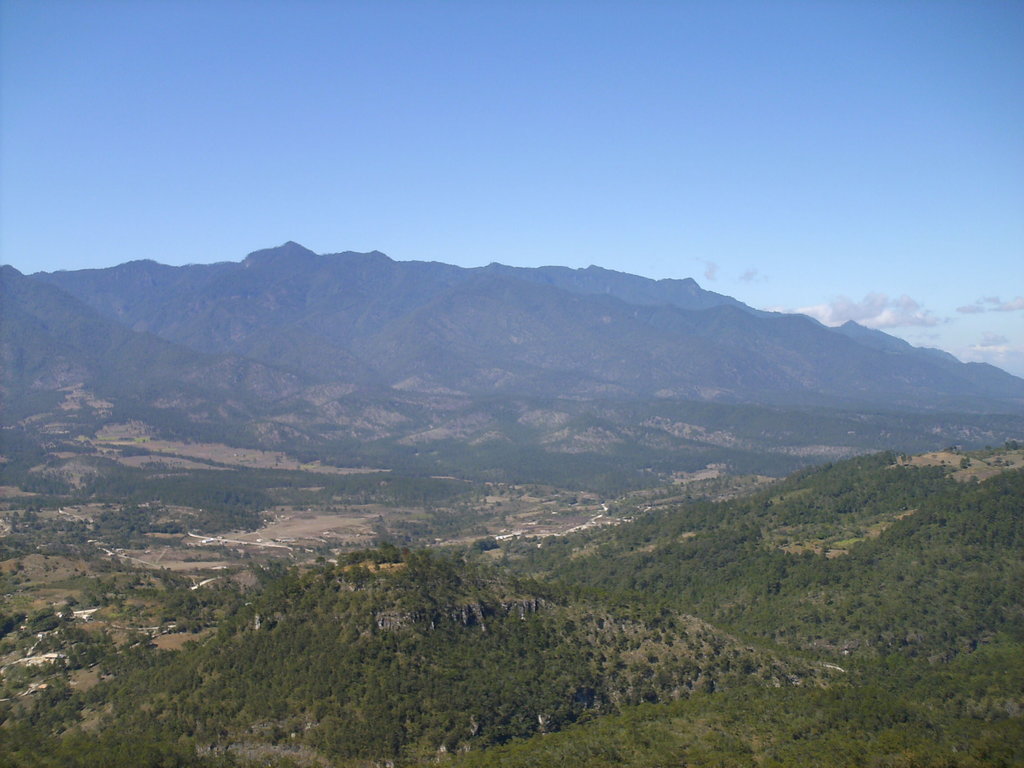