Aso-Kuju National Park is located on the island of Kyushu in southern Japan. The park takes its name from two sources: Mount Aso, the largest active volcano in the whole country, and the Kuju Mountain Range. There are 90 named mountains in the park, the highest and most prominent of which is Mount Nakadake (1,791 m/5,876 ft). 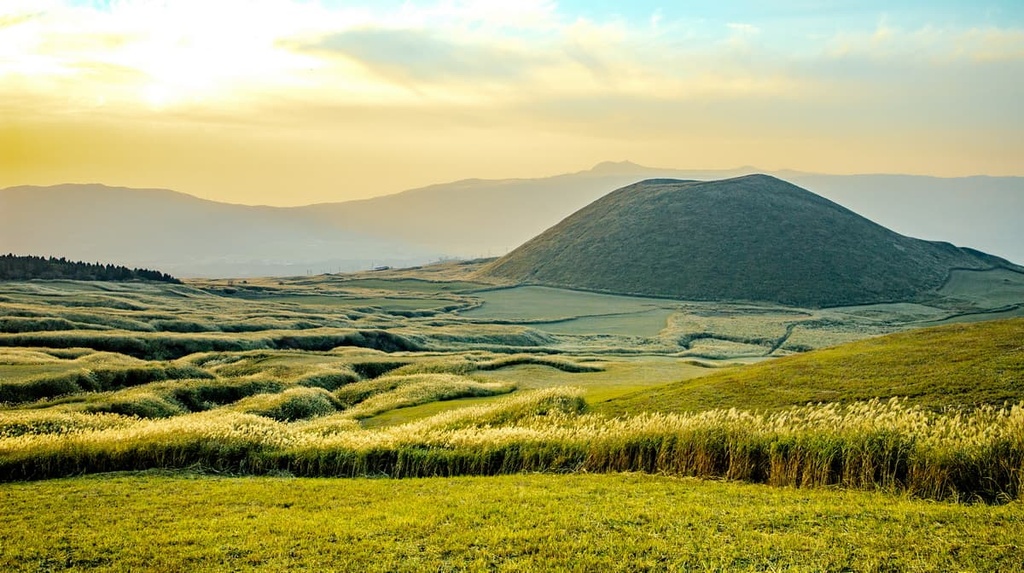 Aso-Kuju National Park is located in the central part of the island of Kyushu in southern Japan, though it is completely landlocked.

Mount Aso contains five peaks that are known as the “Five Mountains of Aso:” Neko, Takadake, Nakadake, Eboshi, and Kishima. Takadake is the massif’s tallest peak at 1,592 m (5,223 ft) in elevation.

The mountain is pockmarked by craters and the Aso Caldera. The Aso Caldera is one of the largest calderas in the world, with a length of 25 km (15.5 mi) from north to south and a width of 18 km (11.2 mi) from east to west. Additionally, thanks to the volcanic nature of the region around Mount Aso, hot springs are particularly abundant in the park.

The Kuju Mountains, which boast Mount Nakadake among other 1,700+ m (5,577+ ft) peaks like Mount Kuju, Mount Taisen, and Mount Mimata, combine with other formidable peaks and volcanic lakes to give this part of the park its incredibly scenic character.

Encircling and interwoven throughout the park’s mountains are verdant, pastoral grasslands, like those of the Kuju Plateau and Handa Highland. There are also various wetlands and swamplands like the Tadewara and Bogatsuru Moors.

The general climate of the area is humid and continental, with warm summers, cold winters, and frequent rainfall, especially in June and July.

Aso-Kuju National Park teems with interesting and immense geological features. The Aso caldera, one of its two main features alongside the Kuju Mountains, is the result of a series of pyroclastic flows that occurred over a period of time between 270,000 and 90,000 years ago. The existence of sediments in the caldera also suggests the once-existence of now-dried lakes.

Mount Aso itself contains a central cone group of five mountains with many craters in and around them. One of these craters contains an active volcano. The area is both basaltic and andesitic in nature.

The Kuju Mountains have a similar story, having formed from volcanic eruptions over 100,000 years ago. They feature pyroclastic sediments in its soil—even today—that support its unique plant life.

The mountains and volcanoes of the range are mostly andesitic in nature as they are mostly dominated by andesitic lava domes. However, this is a single basaltic cone in the area, too.

Grasslands and montane forests comprise much of the wilderness of Aso-Kuju National Park. Plants like the Echinops setifer and Viola orientalis grow in the grasslands, drowning them in purple and yellow when they bloom.

The volcanic areas in the park have their own interesting plant populations, with specific plants like the cowberry and the Kyushu azalea, which is endemic to the island, that sprout in thickets around them. In May and June, the azalea flowers bloom and cloak these parts of the mountainside with brilliant shades of pink.

Particularly notable fauna in the park include a variety of unique butterflies, like the Shijimiaeoides divinus and the scarce large blue. There are other important insects in the park, too, like the Kyushu-ezozemi cicada and scarab beetle.

Though the park does not quite have the ecosystem for particularly large mammals, local farmers have been raising Akaushi cattle to roam the grasslands for hundreds of years.

As for reptiles and amphibians, Japanese odd-scaled snakes, tiger keelbacks, Japanese giant and spotted salamanders, and kajika frogs are some of the most characteristic creatures that can be found in Aso-Kuju.

The presence of towns within what is now Aso-Kuju National Park hints at a long and unique human history in the area that dates back many years. Indeed, people have been living on and maintaining the grasslands and fertile soils of the region for at least the last millennium.

The caldera, interestingly enough, is home to a few towns whose people have developed their own rich culture, revolving around the presence of the Aso Shrine. The Aso Shine is a Shinto shrine that, in its original form, dates back to 281 BCE, though since then it has undergone a series of destructions and rebuildings.

Historically, the inhabitants of the area would attend festivals to honor the volcano, and today there are numerous festivals performed at the shrine under local and Shinto traditions. Furthermore, Mount Aso shares its name with the Aso Clan, a clan that gained power as samurai in the later Heian period, which ended around 1185 CE.

The opportunities for hiking in Aso-Kuju National Park are endless, though anyone venturing the park should keep a few things in mind.

First, note that the many grasslands woven in and around the park undergo yearly controlled burns, known as noyaki, for maintenance. These burns usually occur between late winter and early spring, though this is dependent on where in the park the grassland is located. As a result, the schedule for these burns is something important to look up and keep in mind if planning a trip to the park.

This controlled burn schedule is also notable because, not too long after the burns, the flowers of the grasslands typically begin to sprout, resulting eventually in a beautiful flourish of color.

Furthermore, one may also want to keep in mind the seasonal schedule of the famously gorgeous autumnal scenery that occurs throughout the park. However, the park’s scenery never fails to deliver regardless of the season.

If you’re planning to hike around Mount Aso, it is important to check to see if there are any restrictions in place, whether due to eruptions or inclement weather. Some of the hikes around Mount Aso may not be recommended to anyone with asthma or other respiratory issues, due to the occasional presence of thick smoke and ash.

The main attraction of the Kuju Mountains is, of course, Mount Nakadake, Kyushu’s tallest peak, but there are plenty of other hikes to check out in the region. These include:

The craters and five peaks of Mount Aso provide no shortage of hiking options as the massif is heavily laced with trails. Some of the best trails in the region include:

There are also various trails that wind around the craters of Mount Aso, allowing for a full experience of these unique geological landmarks. When the Nakadake crater is closed, there are still options for getting a good look at the crater itself from the grassland of Kusasenri, which is also a popular starting point for those wishing to walk to Mount Aso.

Looking for a place to stay before or after your next trip to Aso-Kuju National Park? Here are some of the best options to choose from:

Fukuoka is the capital of Fukuoka Prefecture, the largest city on Kyushu and the sixth-largest in the country with over 1.6 million people living in the city proper.

This large, cosmopolitan port city provides a great base for anyone looking to explore northern Kyushu and Aso-Kuju National Park, as it is only about an hour and a half from the park. Fukuoka is a great place to visit in its own right as it is a major metropolitan hub on the island with plenty of options for lodging, dining, and exploring.

There is much to see in Fukuoka, from historic temples and shrines like Tocho-ji and the Kashii Shrine, to the art galleries at the beautiful Ohori Park, to the Edo-period Fukuoka Castle and the adjoining Maizuru Park.

The city is also home to the massive shopping and entertainment complex called Canal City Hakata and its completely unique design and architecture. History museums and art museums—both traditional and contemporary—can be found throughout the city as well.

Notably, Fukuoka is also home to many festivals throughout the year, the oldest of which is Yamasaka, an incredible two-week event in July that culminates in an exciting city-wide race. Another notable festival is Hakata Dontaku, a two-day event in May where Fukuoka’s downtown becomes the stage for all sorts of traditional performances and floats parade through the city.

One of the symbols of Fukuoka are its yatai, open-air food stands, which are conducive to Fukuoka’s lively nights and a brilliant dining environment. Among many other wonders, there are a variety of parks in the city and on its adjacent beach as well as a futuristic Marine Park district that’s studded with a variety of attractions.

Fukuoka has its own international and domestic airport, Fukuoka Airport, which is the main airport on the island. It can also be reached via several different rail lines, including the high-speed Shinkansen, which is connected to the rest of the island. It also has its own subway lines for getting around in the city.

Located less than an hour and a half from the park is Kumamoto, a city with over 700,000 people and one of the largest cities within such a close distance of the park.

The city is known for the stunning Kumamoto Castle, one of the three greatest castles in the country, which has been under repairs since an earthquake in 2016. Nevertheless, the castle is still an awe-inspiring sight, and the grounds continue to flourish with cherry blossoms in the spring.

There is also the Josaien district right next to the castle, where Edo-style shops sell local souvenirs and delicacies and the Kumamoto Castle Museum offers insight into Kumamoto’s history. Other great shopping locations in the city are the Shimotori and Kamitori Shopping Arcade. One can also find treats at the many fruit-picking sites in and around Kumamoto.

Additionally, Kumamoto contains cultural treasures and events of all sorts, with many shrines, palaces, festivals, and temples for visitors to enjoy. It is home to the Kumamoto Prefectural Museum of Art as well as the Contemporary Art Museum, and the expansive and meticulously crafted Suizenji Garden. There is also Lake Ezu right outside Kumamoto for those seeking a retreat from the city.

Kumamoto contains a domestic airport, Kumamoto Airport. It is also connected to the rest of the island and to Honshu through Japan’s extensive railway system. There are also trams, buses, and taxis running in the city to help you get around. 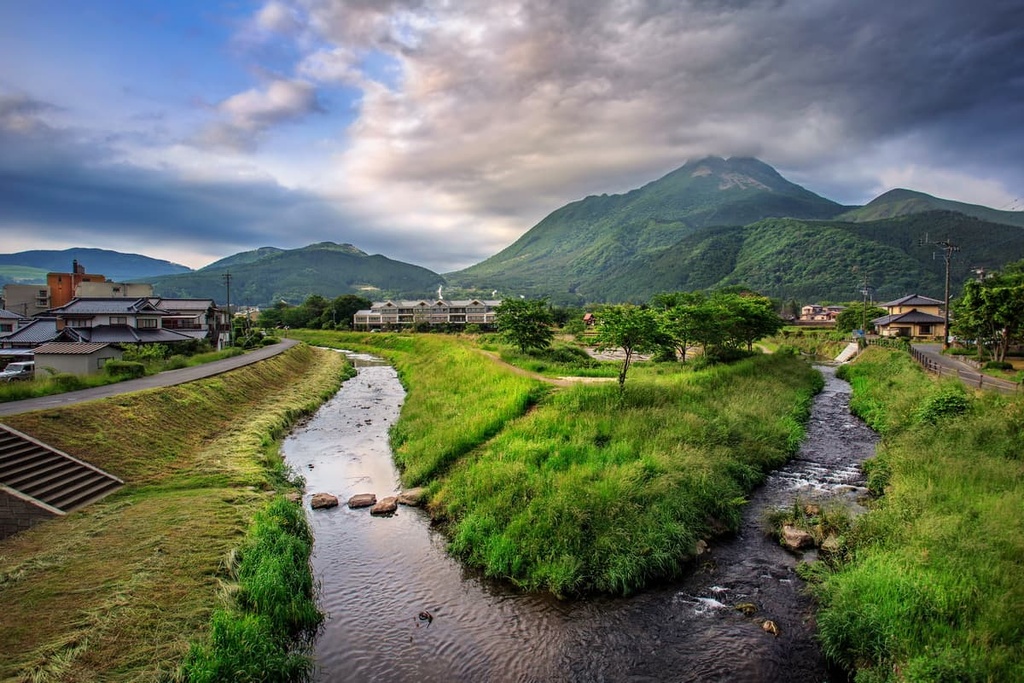 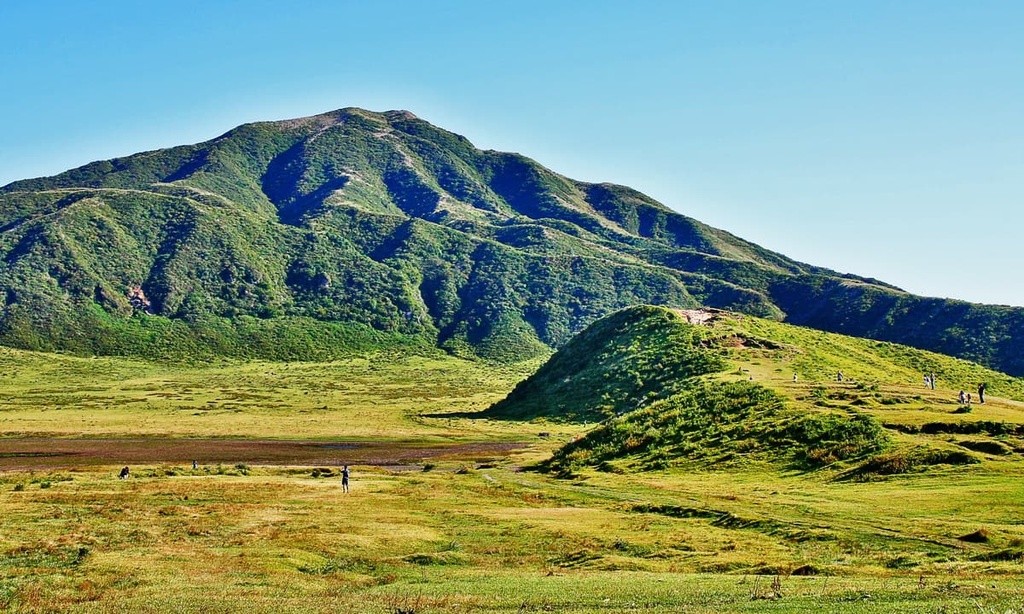 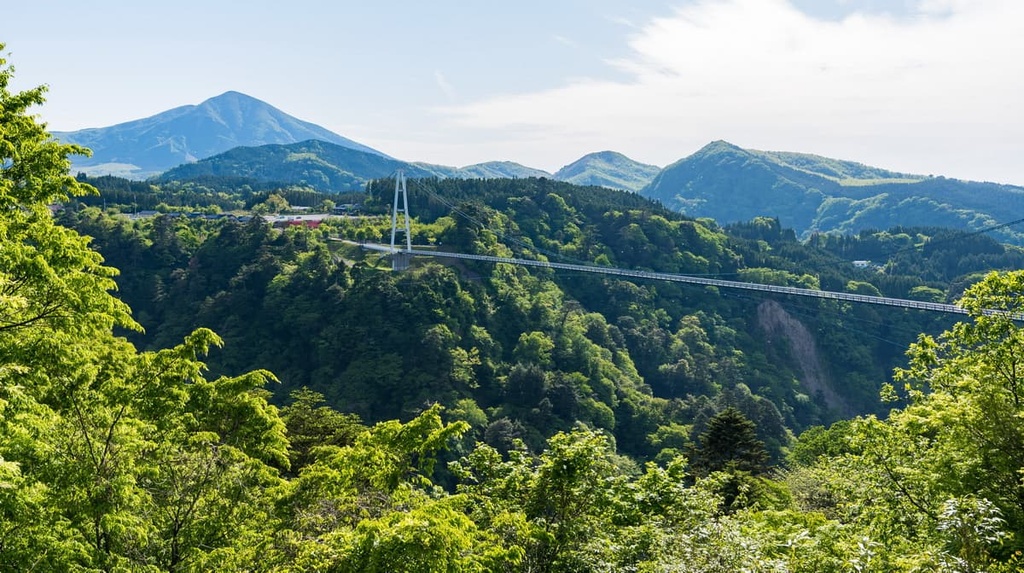 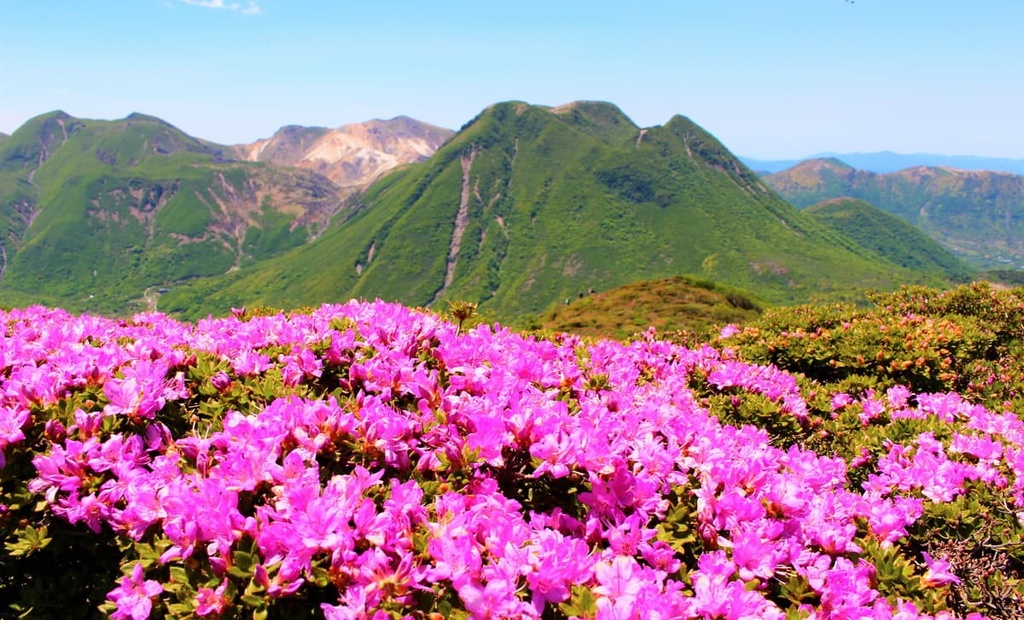 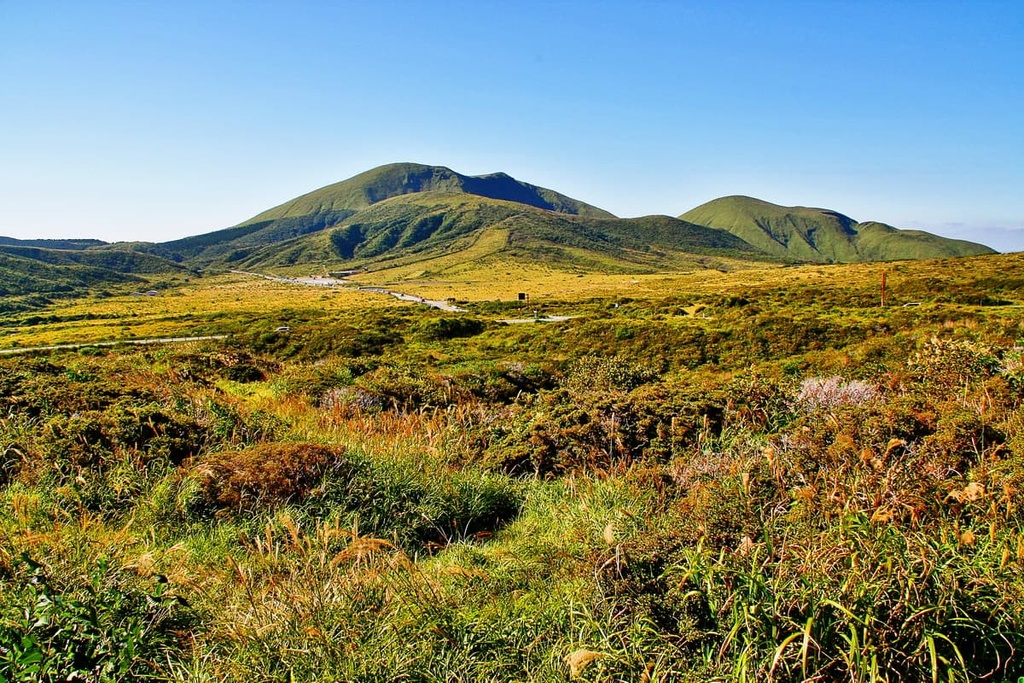 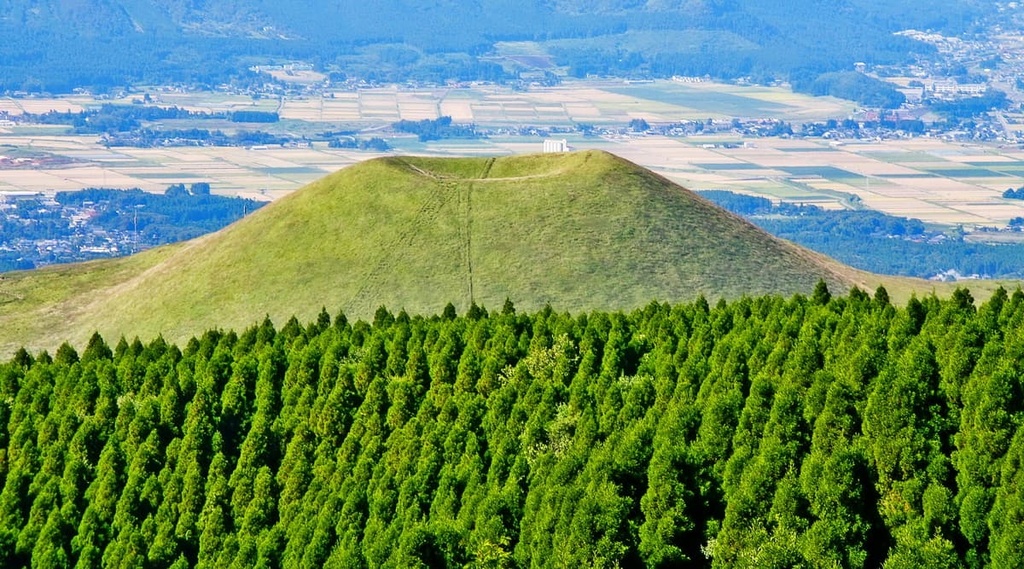 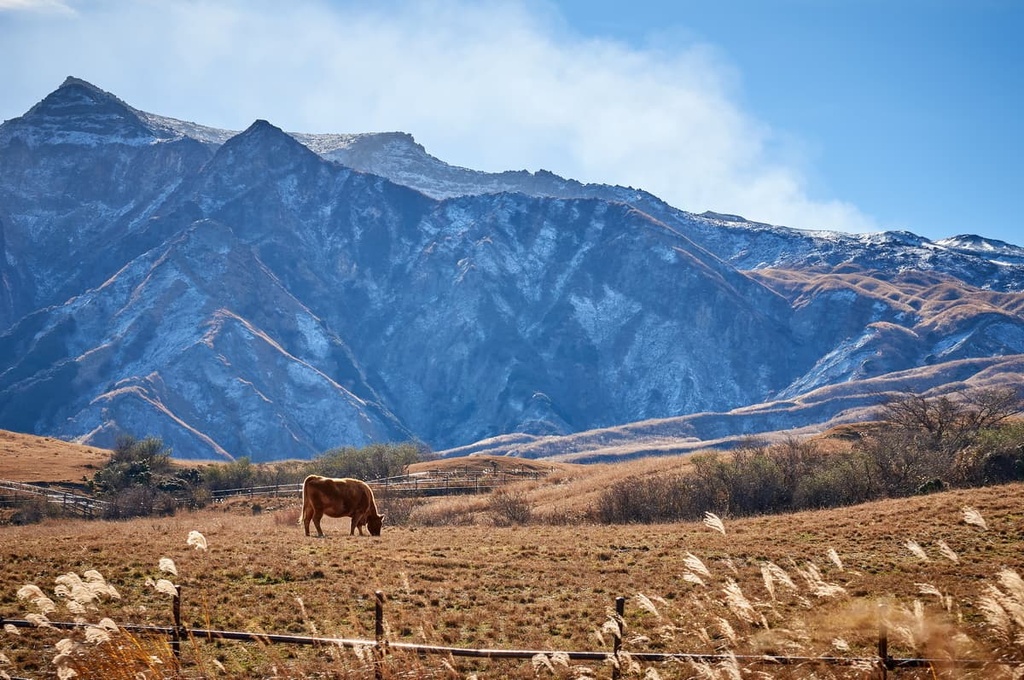