The capital of England boasts dozens of world-class attractions and landmarks. Despite being one of the two largest metropolitan areas in Europe, London is home to thousands of acres of green space for urban adventurers to enjoy. You'll also find several attractions dotted across London that afford dizzying panoramas of the city.

Most people picture London as a bustling capital city; however, this isn't entirely the case. Roughly 40% of Greater London is composed of green spaces, one of the largest percentages among Europe's capital cities. This equates to over 30,000 acres and approximately 3,000 public parks. London is known for its eight Royal Parks, which include Hyde Park and Regent's Park. The largest park in London is Richmond Park, which covers 2,359 acres.

Check out some of these hiking areas and viewpoints to escape the city and get a better look at England's capital.

Towards the start of the walk, you'll climb to the top of Parliament Hill (98 m), which offers one of the best natural ways of seeing London's skyline. You'll also pass along the picturesque Hampstead and Highgate Ponds, which are ideal for a picnic. There are some great attractions to discover along this hike too, such as the fine art collection at Kenwood House and Highgate Cemetery.

Another superb urban hike you can take which affords excellent views of London's skyline leads through Regent's Park, up to the top of Primrose Hill (65m). This walk is around 4 miles long and takes about an hour and a half. It starts at Regents Park underground station and ends at Chalk Farm Underground station.

You'll start in the southeast corner of the park before heading north along a tarmac path towards Primrose Hill. To reach Primrose Hill, you'll need to pass by the entrance to London Zoo and cross the bridge over Regent's Canal. The top of Primrose Hill is a popular viewpoint, with many London landmarks visible, including the London Eye, The Shard, and the BT Tower.

Hyde Park is one of London's most famous parks. While it doesn't offer any sweeping city views, it does provide respite from London's hectic streets. One of the best ways to explore Hyde Park is along the self-guided walk. This trail is around 2 miles and shouldn't take longer than an hour to complete. You'll begin at Hyde Park Corner Underground station and end at the Marble Arch.

To start, you'll pass through the postcard-perfect Rose Gardens and Holocaust Memorial Gardens before skirting the southern edge of the Serpentine. You'll find the Serpentine Bar here, in case you fancy stopping for a lakeside snack. After crossing the Serpentine Bridge, you'll pass by the Old Police House and Speaker's Corner, on your way to the famed Marble Arch.

One of London's many iconic landmarks, the London Eye is a unique way to get birdseye views of the city. At 135 meters tall, the London Eye used to offer London's highest public observation decks before the completion of The Shard. During your 30 minute ride, you'll have stunning panoramas across the Thames, with Big Ben, Buckingham Palace, and Waterloo Train Station visible. For a unique experience, you can book a "Happy Half Hour," which includes a drink hamper for you to enjoy on your ride. You can even book a private pod and savor a glass of champagne with your significant other while taking the bright lights of London at night.

The Emirates Air Line Cable Car is another exciting way of seeing London's skyline. Located east of Central London, this cable car connects from the Greenwich Peninsula across the Thames to the Royal Victoria Dock. The cable line runs for 0.6 miles and reaches heights of 90 meters. The ride lasts for ten minutes as standard but extends to approximately 12 minutes at night. While riding the cable car, you'll be able to spot The Shard, the London Eye, and Big Ben to the west, as well as the winding Thames and the Royal Docks. Similar to the London Eye, you can also book a private cable car and enjoy a glass of champagne with a loved one.

The Shard is the tallest building in London, standing at 300 meters with 95 floors. The tower is home to three different viewing platforms located on the 68th, 69th, and 72nd floors. These viewing platforms provide 360-degree views of London, and on a clear day, you'll be able to see over 40 miles away. The highest observation platform on the 72nd floor stands at 244 meters high. If you fancy a drink overlooking the city, head to the GŎNG bar situated on the 52nd floor. The highest bar in Western Europe, GŎNG offers an array of classy cocktails inspired by famous inventors.

The Sky Garden is one of the most impressive botanical gardens in the UK. The highest public garden in London, the Sky Garden sits on the 37th floor of the "Walkie Talkie" building at 20 Fenchurch Street, 160 meters above street level. The Sky Garden itself is lavishly decorated and features an array of local and exotic flora, such as Red Hot Poker, African Lily, and French Lavender. From the Sky Garden, you'll be able to spot the Tower of London, London Bridge, and The Shard. Sky Garden also contains three different restaurants, in case you fancy a meal overlooking the city.

The Tower Bridge offers a mixture of panoramic views and British history. Rising 65 meters above the river Thames, Tower Bridge features two 42-meter high walkways that afford stunning vistas of the Thames and nearby landmarks like St Paul's Cathedral, Wembley Stadium, and the Tower of London. One of the most exhilarating parts of the walkways is the glass floors, where you can watch the bustling London streets right below your feet.

Just because you're in Central London doesn't mean there isn't any climbing to do. Up at The O2 is a once-in-a-lifetime experience that allows you to climb onto the roof of the UK's second-largest indoor venue, the O2 Arena. During this 90-minute experience, you'll climb up a 380 meter-long walkway to the top of the O2 Arena, 50 meters above the city. From atop the O2 Arena on a clear day, you'll be able to see 15 miles away. The climb offers panoramic views of Greenwich, the Thames, Canary Wharf, and more. You can even climb after sunset to see the twinkling lights of the big city.

Travelers looking to stay close to the action will want to book a room in Westminster. The bustling heart of London and its administrative center, Westminster contains many of the best attractions in the city, including Big Ben, Buckingham Palace, and Tate Britain. Westminster is also just a stone's throw from Hyde Park, The Shard, and Primrose Hill. Despite being an expensive area, Westminster does contain a range of accommodation, from the reasonably priced Z Hotel to the lavish Great Scotland Yard Hotel.

Located on the south side of the Thames, Greenwich is an excellent place to stay in London, as it's relatively quiet compared to the rest of the city. You'll find plenty to do around Greenwich, such as Royal Observatory at Greenwich Park, the O2 Arena, and Ranger's House. You'll have easy access to the Emirates Air Line Cable Car, which provides superb views and is a quick way of getting across the Thames. You can reach Central London on the Jubilee Line from North Greenwich tube station. Greenwich has many decent hotels, including De Vere Devonport House, The Pilot, and InterContinental.

One of the most popular vacation destinations in London's West End, Covent Garden is known for its central square and markets. After exploring the Jubilee and Apple markets, swing by the London Film Museum, or catch a show at one of the theaters along Saint Martin's Lane. You won't be short of places to eat in Covent Garden, with some of the best restaurants in London located in the area. Covent Garden isn't far from some of London's best sights, and you can easily travel across the city from Covent Garden Underground station, which is on the Piccadilly Line. You'll find some classy hotels in and around Covent Garden, like The Savoy, Strand Palace, and The Resident.

With vibrant nightlife, chic boutiques, and trendy restaurants, Soho is one of London's liveliest areas. Splash some cash along Carnaby Street and get lost in the crowds at Piccadilly Circus. Soho is within 2 miles of many of London's best attractions, meaning it's perfect for exploring the city on foot. You can get around the city from Oxford Circus Underground station, which serves the Bakerloo, Central, and Victoria lines. Some of the hotels you'll find in Soho include The Resident Soho, Karma Sanctum, and Mimi's Hotel.

If you're looking to experience a different side to London, stay in Camden Town. This bohemian district is well known for its rowdy music venues, eclectic street art, and famed market. Camden Town neighbors Primrose Hill and Regent's Park and is only 2 and a half miles of Hampstead Heath. You can get to the center of London by catching a train on the Northern Line from Camden Tower tube station. There are some reasonably priced rooms available in Camden at The Pack and Carriage and Camden Enterprise Hotel. 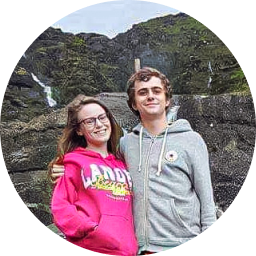 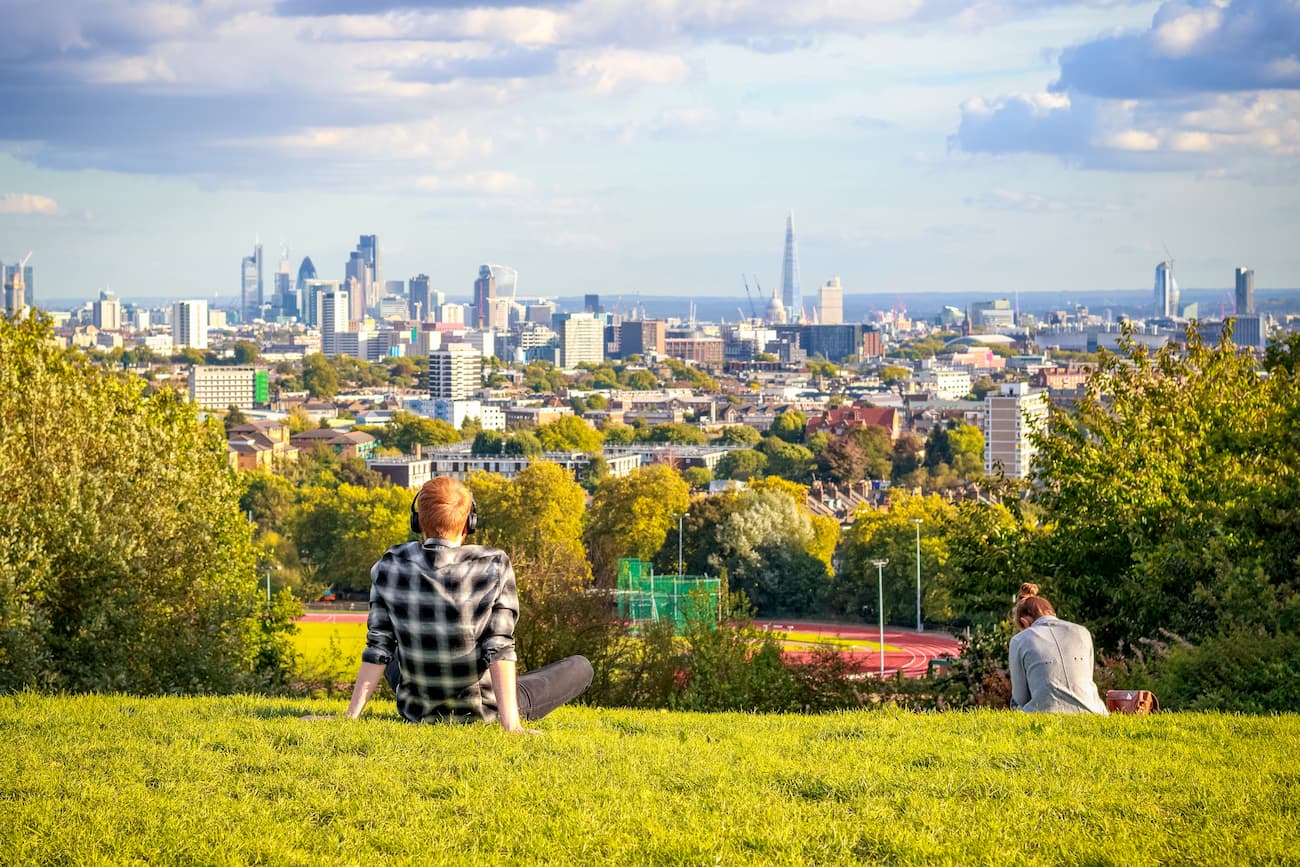 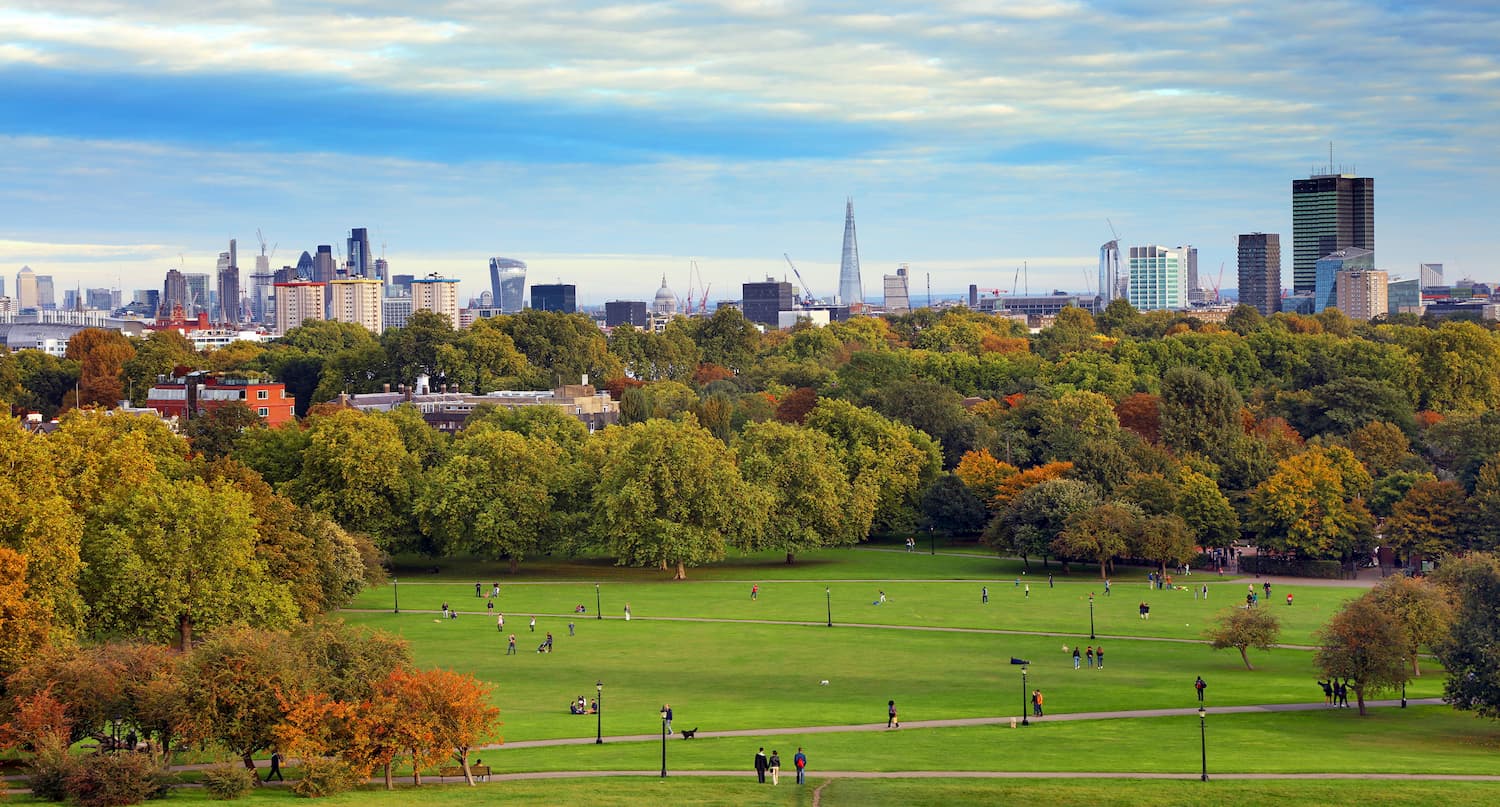 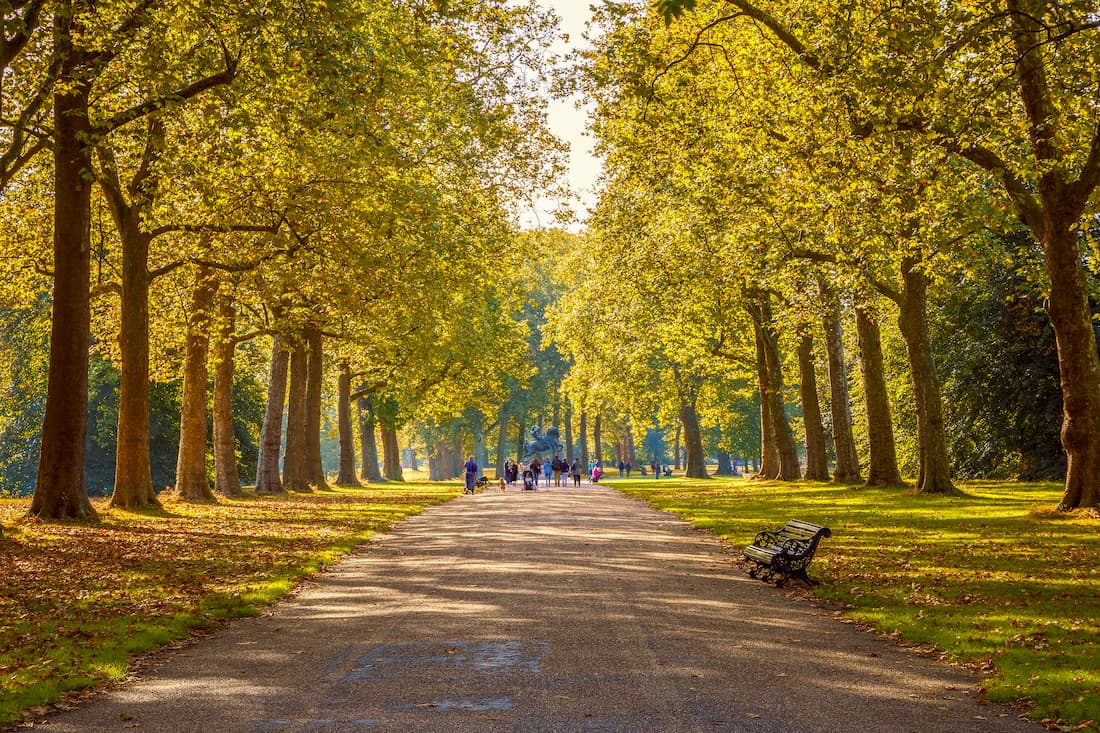 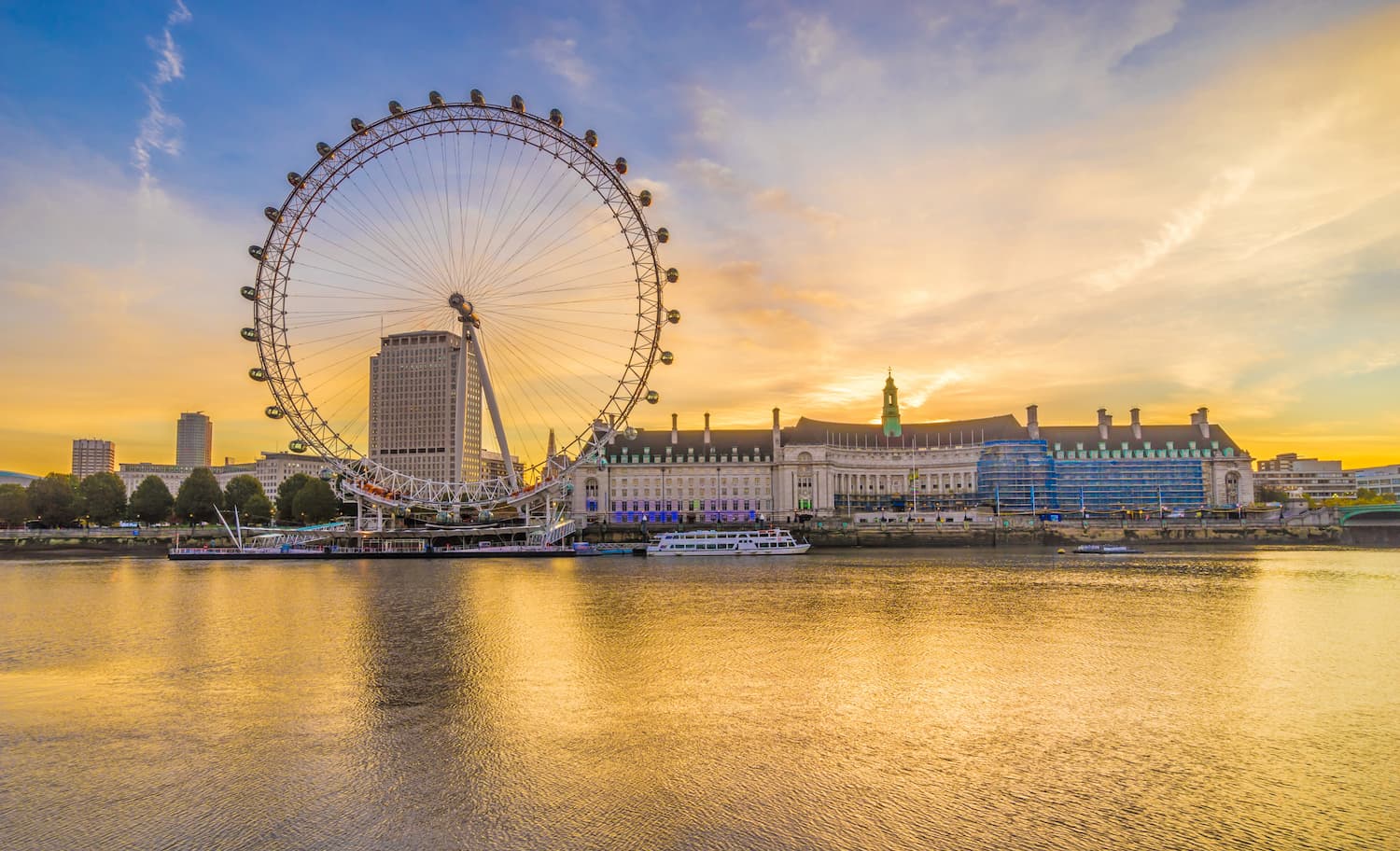 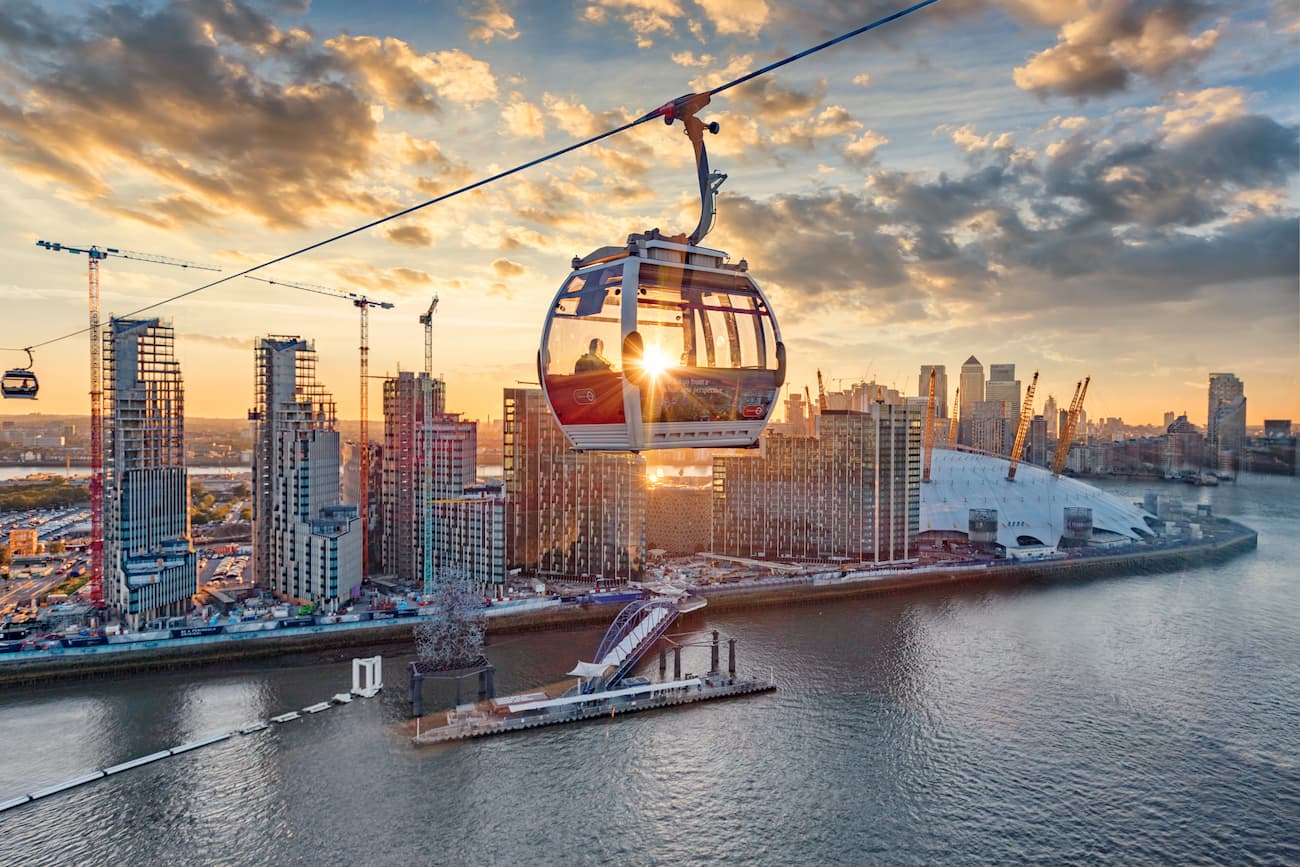 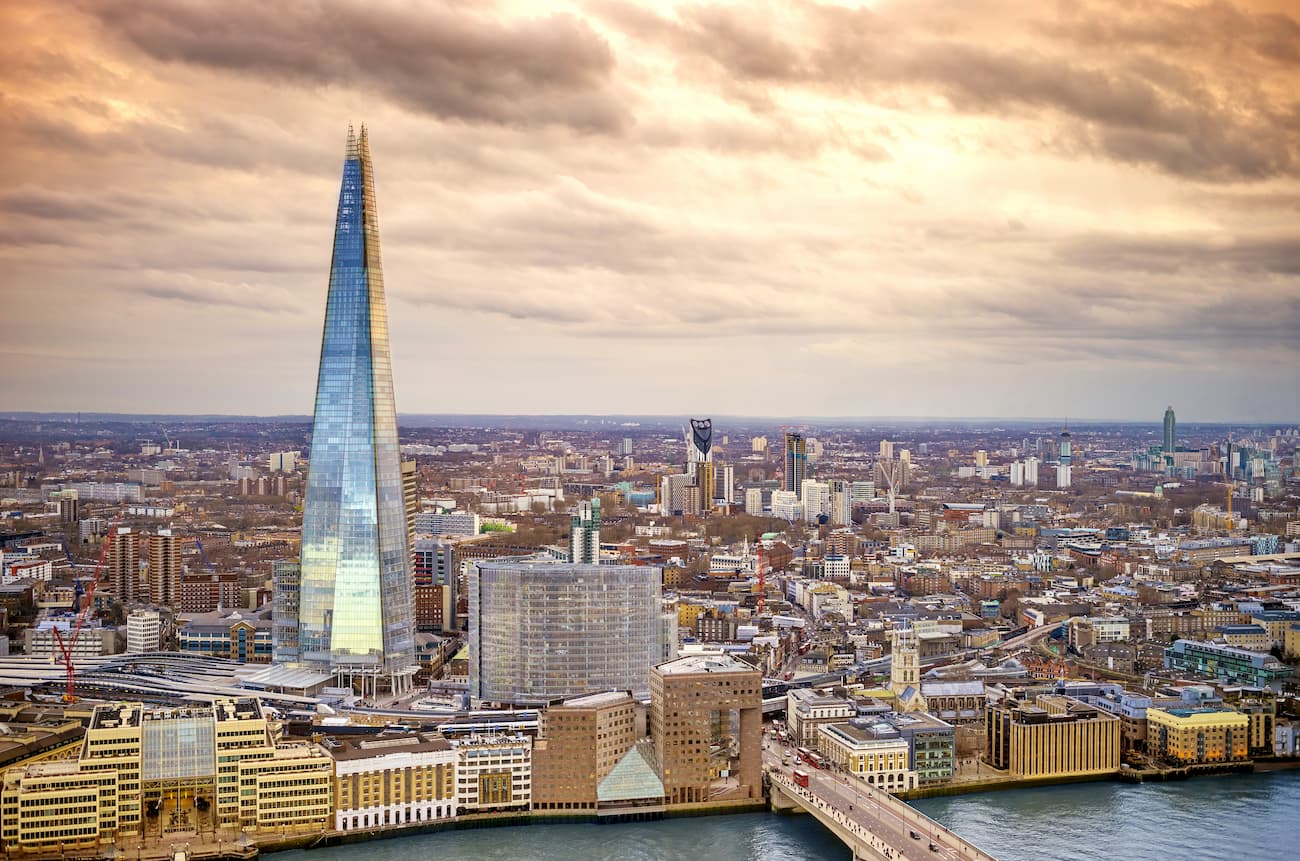 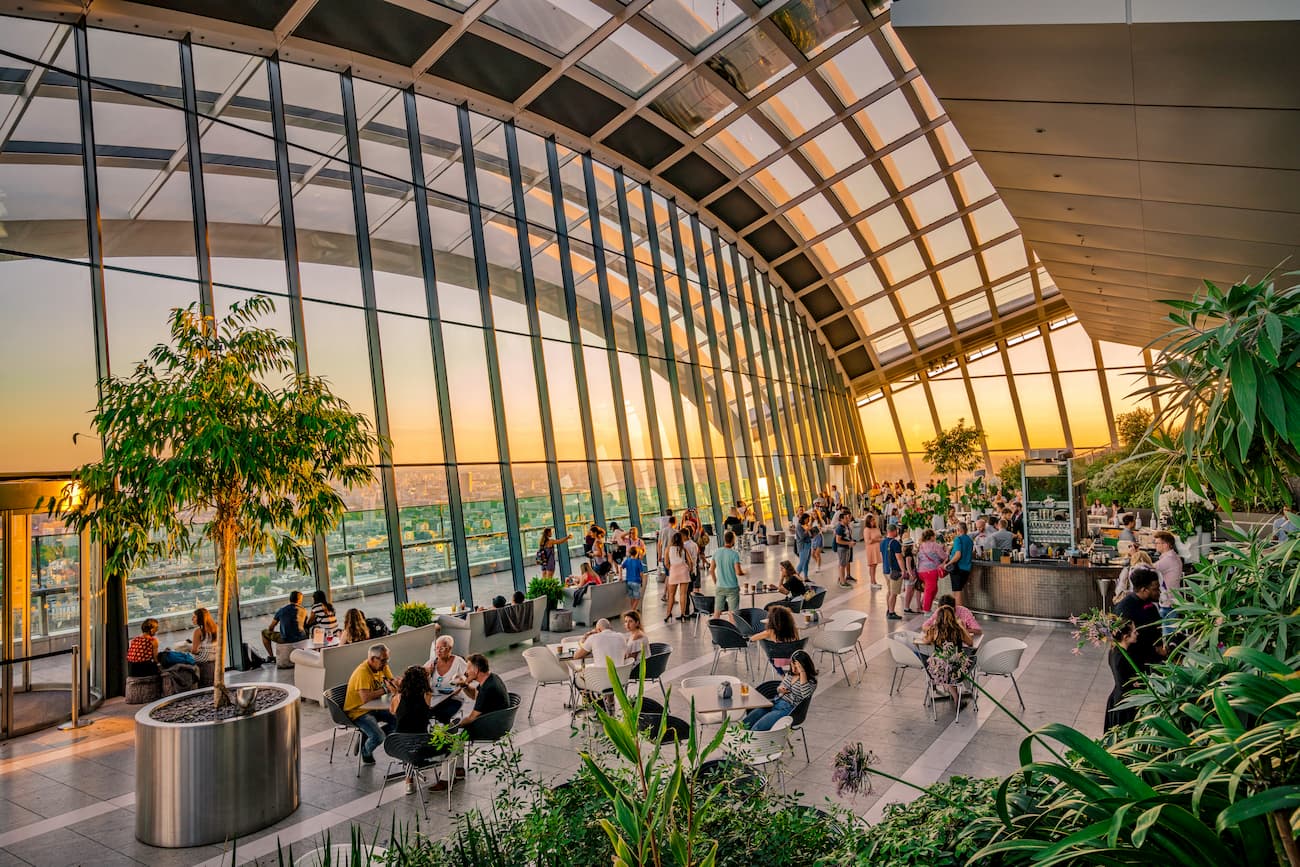