There are 137 named mountains in Ishikari Mountains. The highest and the most prominent mountain is Asahi Dake. 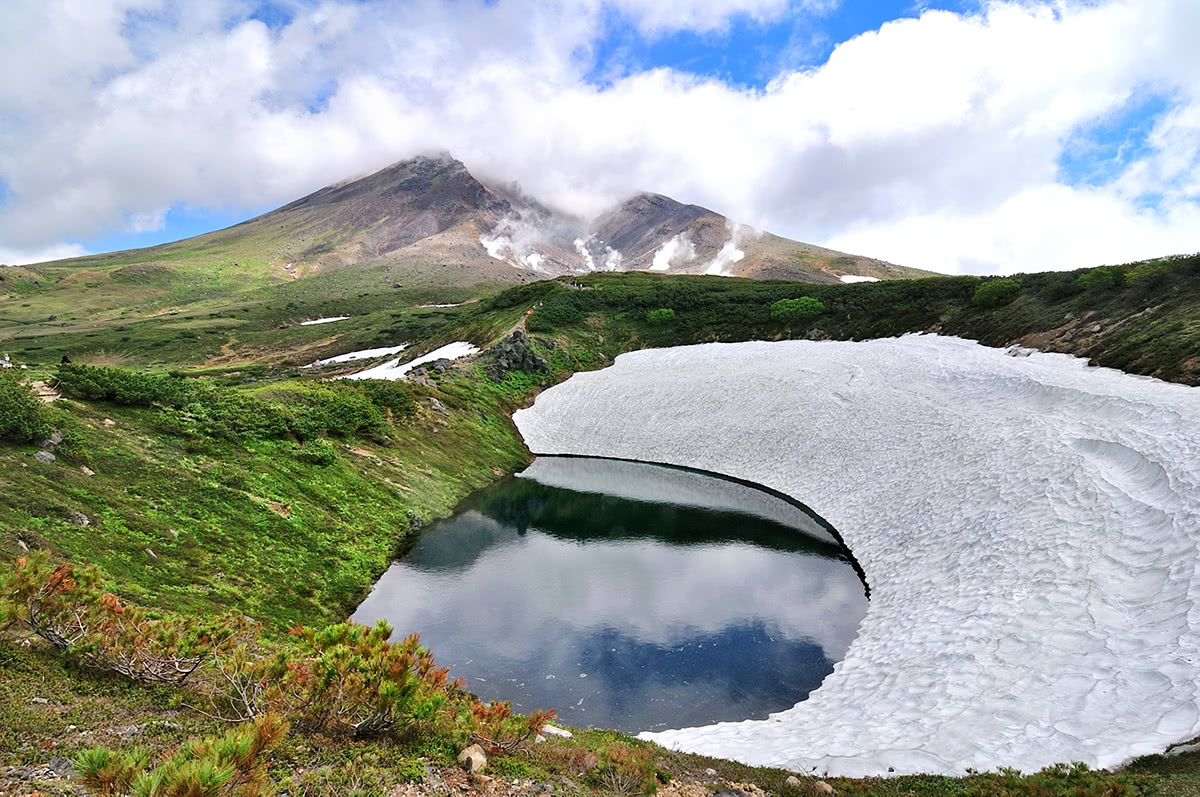 The Ishikari Mountain range is a mountainous region of volcanic origin located in the central part of Hokkaido, the northern island of the Japanese archipelago. It is divided into two sections: the Daisetsuzan volcanic group and the Tomuraushi volcanic group. It is also called “Hokkaido Roof” due to the altitude of its peaks, the majority of which reach stand above the 2000m; local people also call it Kamui Mintara which means “the playground of the gods” in Ainu language.

Hokkaido used to be the land of Ainu people, a native population of Japan that has almost entirely disappeared due to a forced process of inclusion that lasted for all the Meiji Period (1868-1912). The Ainu people were connected to their land and their mountains as well as to the local fauna, especially bears, both by a religious and an environmental bound.

The most evident traces of Ainu civilizations still remain in most of Hokkaido topography, which is not immediately comprehensible to a Japanese native speaker as well due to the transliteration of names in Ainu language into the Japanese writing system, like Shikaribetsu or Niseikaushuppe-yama (1,879m). The Ishikari mountains host endemic species of flora and fauna, which are prolific despite the harsh climate conditions. Peculiar volcanic formations like Ohachidaira caldera or rock formations like the Columnar Joints in the Sounkyo and Tenninkyo gorges, inside the Daisetsuzan National Park represent another important feature of this range.

Most of the peaks of the Ishikari Mountains belong to the Eastern section of the Daisetsuzan National Park (also called Back Daisestu Area). The volcanic landscapes are characterized by gigantic boulders, lush green forests and breathtaking views, waters and hot springs near Shikaribetsu Lake. In general, this is a must-try range for serious hikers who have gained experience in this kind of adventure and love long hikes.

Hokkaido is one of the wildest parts of Japan. Nature literally explodes in summer, lavender fields and greeneries lure hords of tourists, especially outdoor lovers. But winter is fascinating as well and full of surprises. Hokkaido’s snow is usually heavy and starts falling around late August and early September. Being prepared to sudden weather changes and being properly equipped to deal with snow during spring and bears all over the year is something hikers approaching this area must always keep in mind.

The Central Ishikari Range does not seem to be a very popular destination, which is why it should be chosen by hikers who want to avoid the crowd and to experience a wilder part of Japan. This can also result in a lack of information about trails and facilities in the area. For this reason, it is better to plan your route before you start your journey and after you have consulted the local tourism office.

Being a volcanic area, it goes without saying hot springs are quite popular here. Banya no yu in Ishikari city, Shisaino-yu in Furano, or Shikaribetsu Kohan Onsen are among the most popular thermal springs of the area. For a more authentic experience, hikers should ask locals if there are any small public baths, possibly not inside big resorts. The starting point for every Hokkaido trip is Sapporo, the landing point for travellers coming from any other place in Japan. Major tourist destinations are connected to Sapporo via public transport, like train and buses, but if you are planning to visit wilder areas renting a car, especially in winter, is probably the most convenient choice. 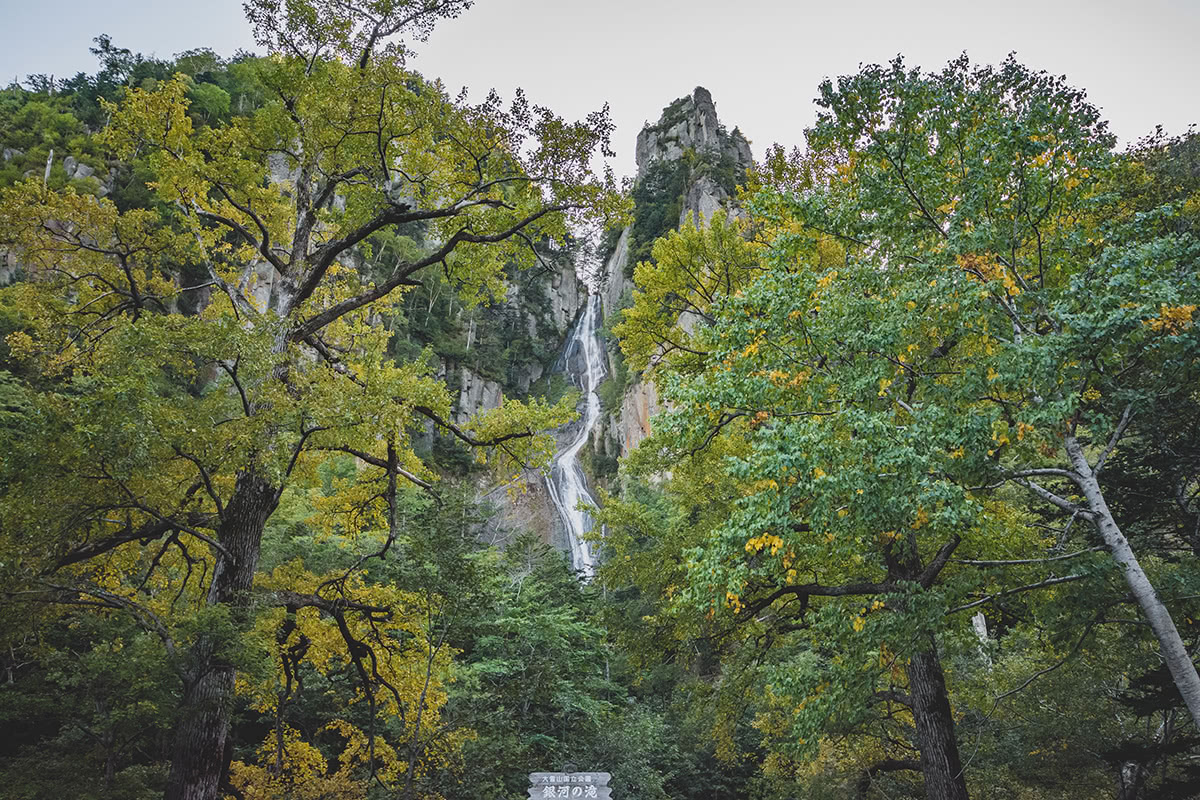 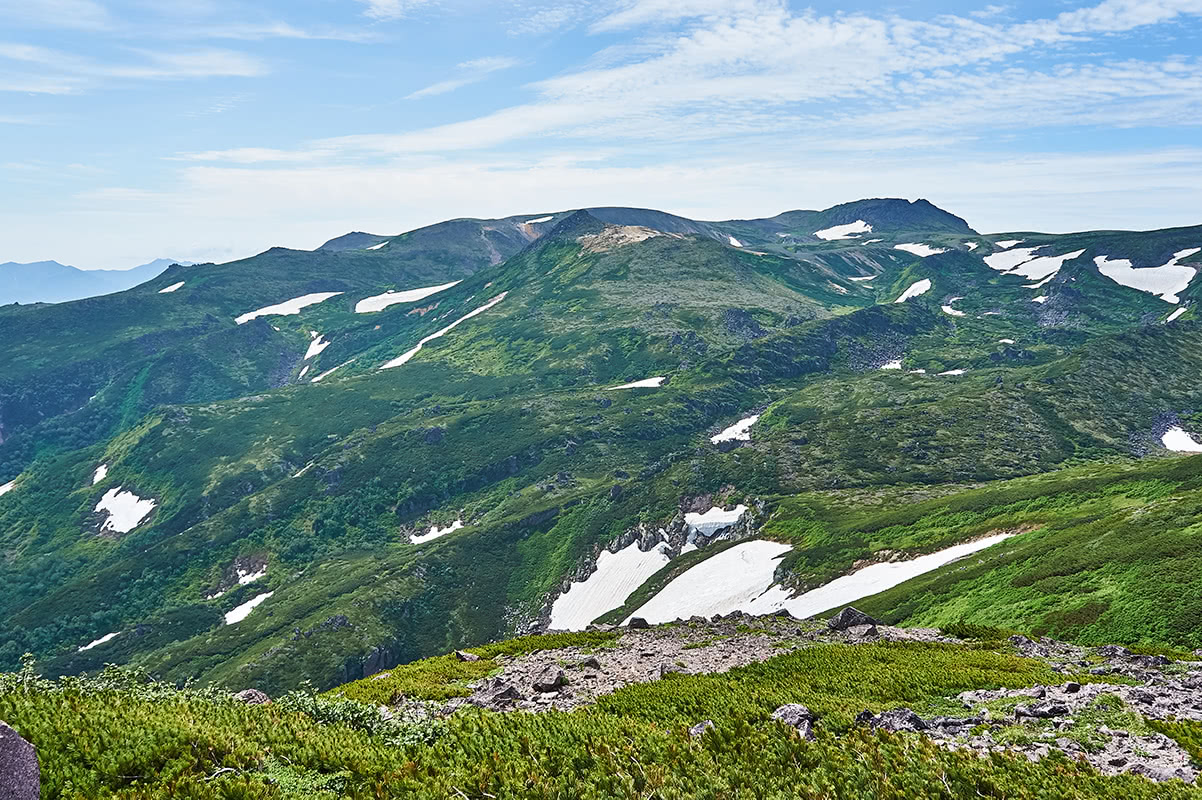 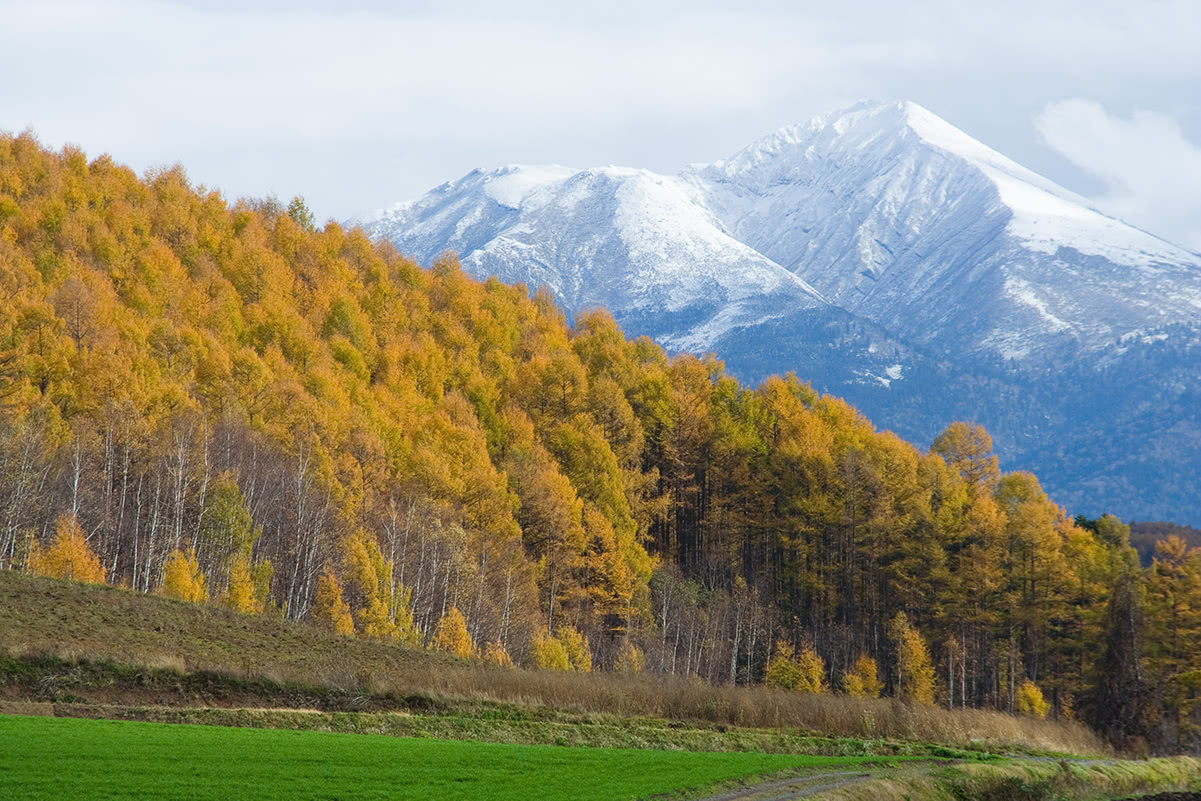 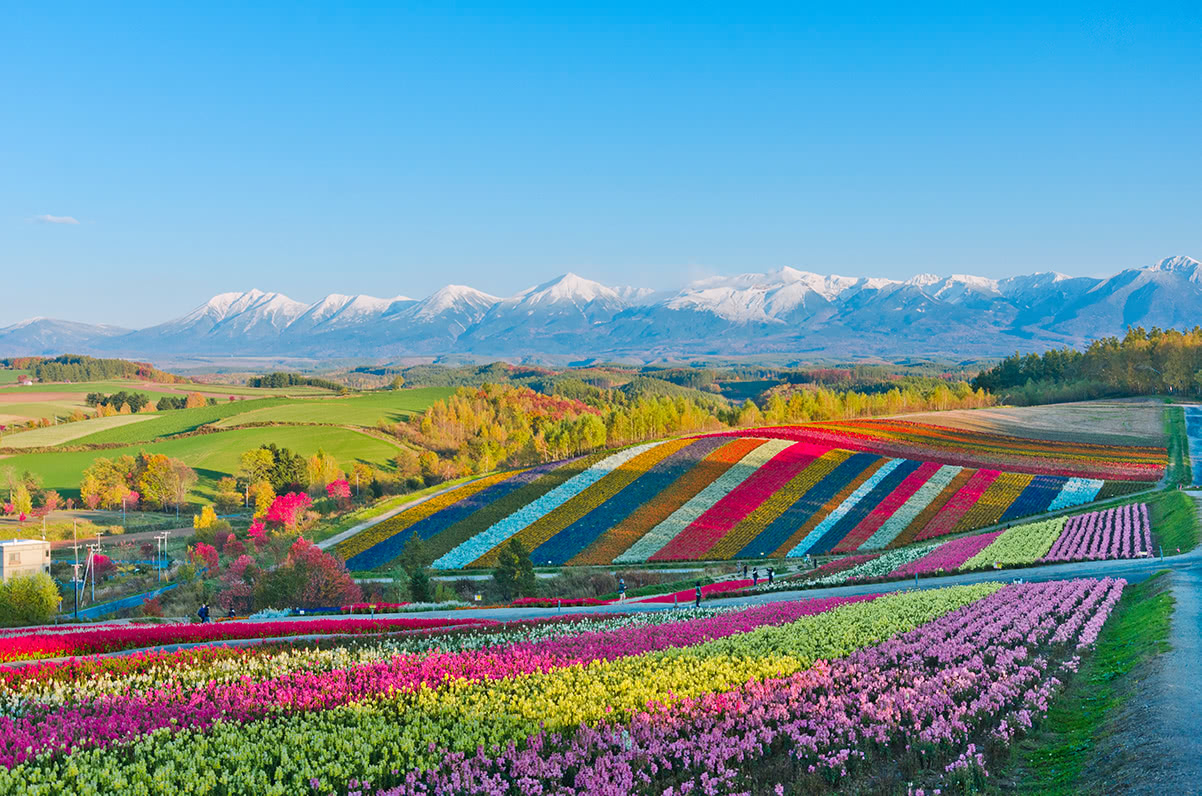 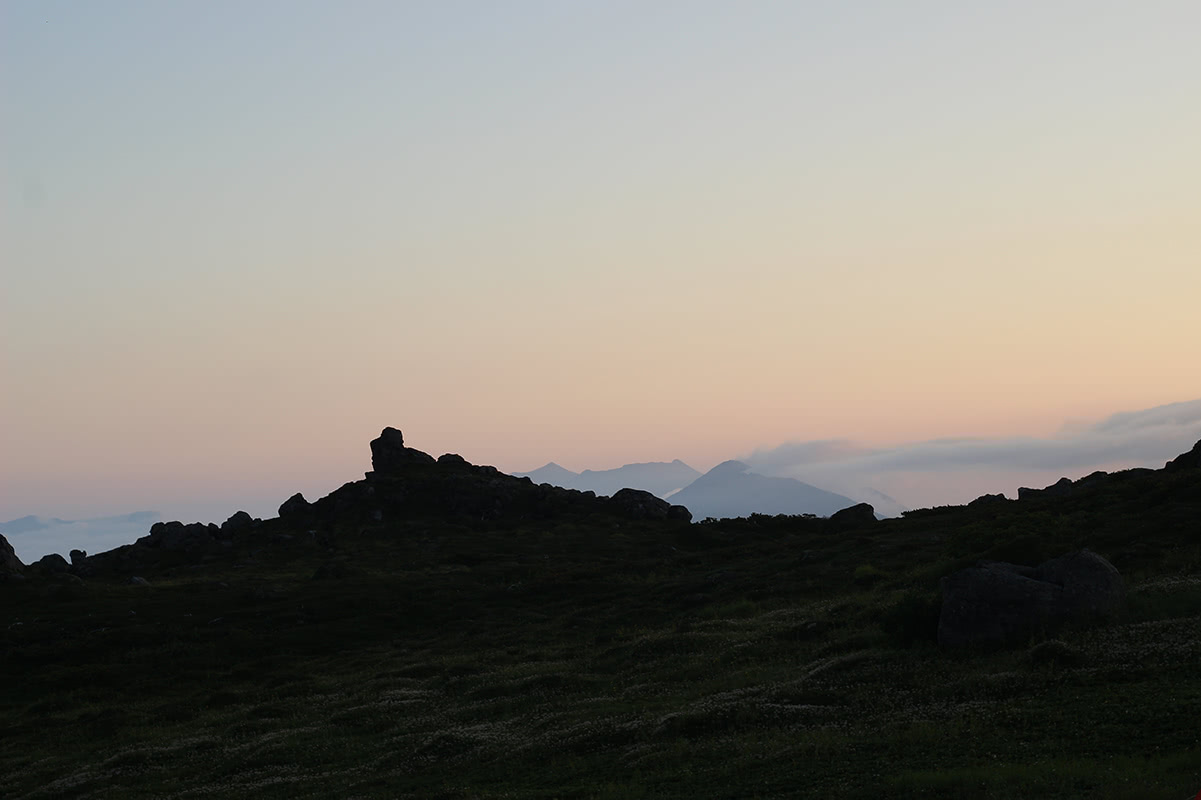 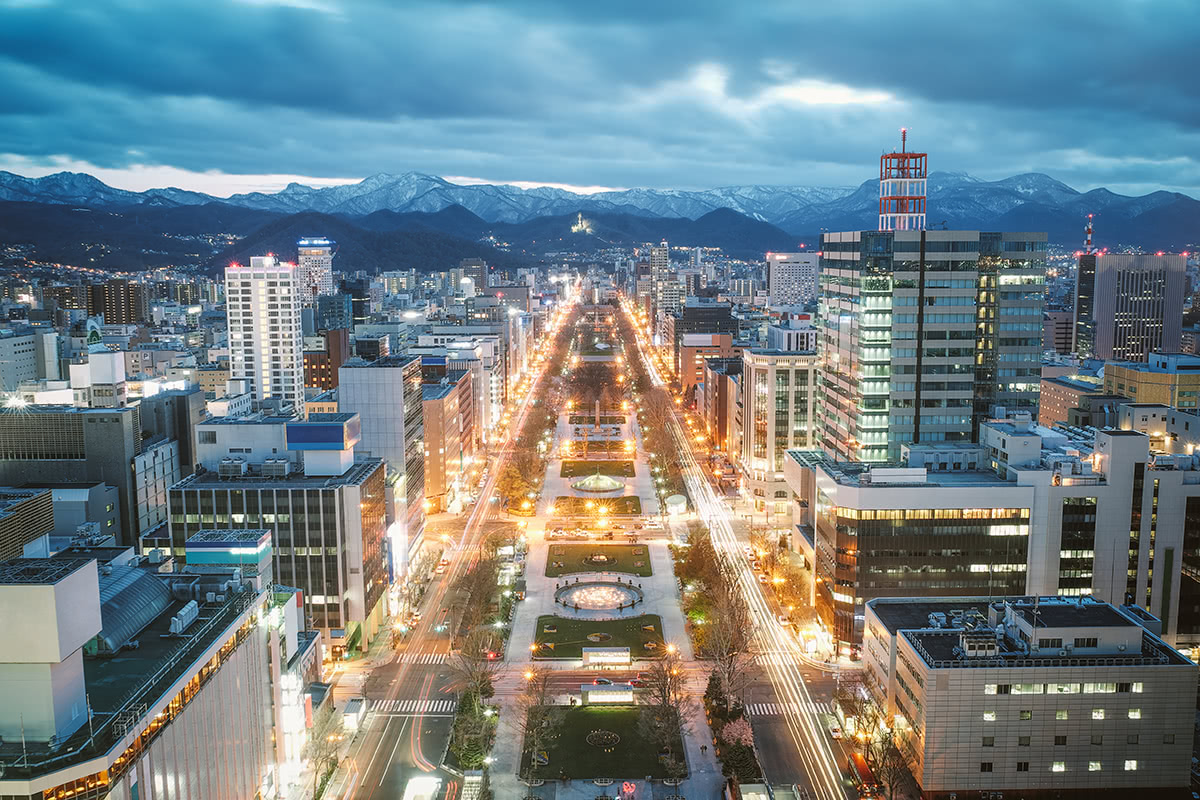 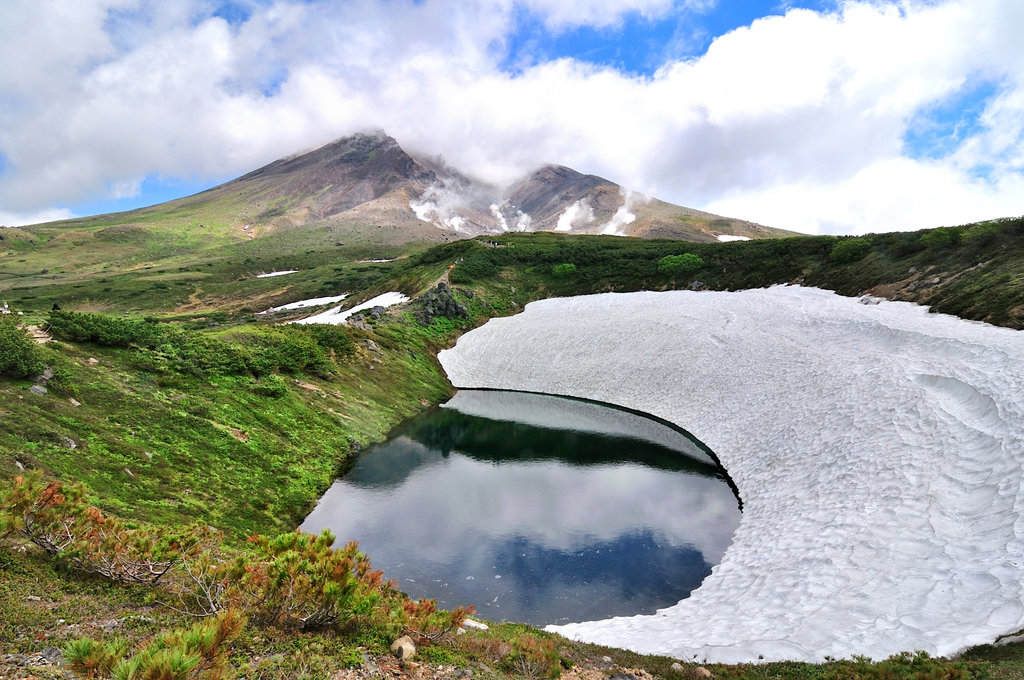