Situated just to the east of the mighty Sierra Nevada and to the west of the Argus Range, the Coso Range rises from the arid desert floor in Eastern California. The Coso Range is home to 11 named mountains, the highest and most prominent of which is Coso Peak (8,166ft/2489m). 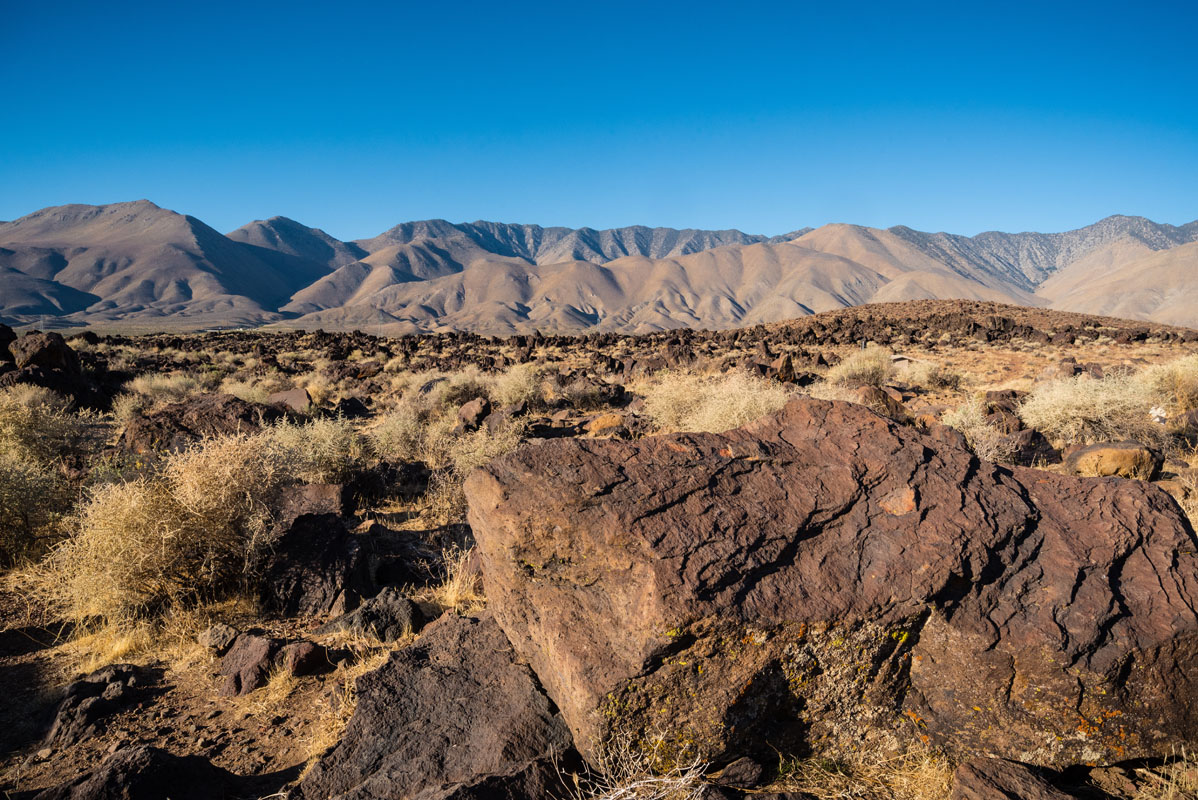 Although it’s often overshadowed by its taller and more expansive neighbor, the Sierra Nevada, the Coso Range is an area of stunning natural beauty that dates back to the Mesozoic Era, some 252 to 66 million years ago. At their base, the Coso Range mountains are formed by Mesozoic granitic rocks that are partially and shallowly covered by Upper Cenozoic Era volcanic rocks that form part of the Coso Volcanic Field.

The present-day geology of the area indicates that there was likely a magma chamber (a large pool of liquid rock) below the surface of the Earth in the past few million years. This magma chamber likely caused much of the volcanic activity that is responsible for the Coso Range’s existence.

More recently, however, a significant number of rock art sites in the Coso Rock Art District indicates that the area was extensively inhabited by the ancient Coso Peoples. These examples of rock art, which total in the hundreds of thousands of petroglyphs, are almost all of six different entities: bighorn sheep, entopic images, human-like figures, other animals, weapons and tools, and “medicine bags.”

These days, visitors can, indeed enjoy the beauty of these rock art sites, but must first contact the Naval Air Weapons Station China Lake (whose boundaries include much of the Coso Range) for permission or join a guided tour by Maturango Museum in Ridgecrest, California. Although this takes some preplanning and preparedness, the sheer number of rock art sites make the effort worth it.

Beyond the rock art sites, however, the Coso Range is home to some stunning scenery and adventure, for those prepared to seek it out. Although much of the range is within the Naval Air Weapons Station China Lake, the northern section of the Coso Range is located on Bureau of Land Management (BLM) land in a section known as the Coso Range Wilderness, which was designated in 1994.

Here, millions of years of erosion reveal amazing volcanic geology, which leaves behind valleys and washes in their wake. Those enough dedicated enough to reach high points in the range, especially Joshua Flat, can enjoy fantastic views of Owens Valley and the eastern Sierra Nevada mountains.

Although the Coso Range is located in the greater Mojave Desert region, it is home to a relative abundance of flora and fauna, including a variety of low desert shrubs, cacti, and Joshua Trees. Additionally, within the range, Vermillion Canyon and Joshua Flat have historically been areas of significant mining activity, but the area’s current designation as a wilderness area means that such activities have long ended.

Needless to say, the Coso Range is a destination for those of us who eschew the more traveled path and instead prefer to set out on our own. If solitude is what you seek, you’ll surely find it among the hills of the Coso Range. Just remember to bring plenty of water!

The Coso Range is a true wilderness, so you won’t really find any trails here. Sure, there are a few dirt roads, but these are generally only accessible with a high-clearance, four-wheel drive vehicle and a lot of gusto.

Anyone wanting to hike in the Coso Range needs to be prepared for some serious cross country travel that’s both off-trail and strenuous. The landscape itself undulated between typical Mojave Desert shrubbery and rocky mountain peaks.

Some potential areas for adventure, include a hike up Silver Peak (7546ft/2300m), whose conical shape rises dramatically from the valley floor below. Another option includes an ascent of Coso Peak - the highest in the range - though there is an old dirt road that can also take you to the top.

Beyond these two prominent features, the Coso Range are perfect for an off trail wander through the desert. Whatever you do, bring water, and make sure you don’t accidentally wander onto the Naval Air Weapons Station China Lake!

The Coso Range is nestled in between two huge swaths of mostly public land: Death Valley National Park and the patchwork of National Forests and National Parks that make up the Sierra Nevada. Getting to the Coso Range is actually not too terribly difficult - just head up Highway 395 and turn off on one of the many dirt roads in the area.

You’ll want to stock up on supplies, however, before you head out, however, because there aren’t too many major cities within a commuting distance of the range. Here are some of the places you can head to if you need supplies or want to find a warm bed to spend the night:

Lone Pine is at the foothills of some of the tallest peaks in the Eastern Sierra an is just an hour and forty-five minutes from the heart of the Coso Range. The town is home to some 2,000 people and also is the headquarters for a number of different federal land agency ranger stations, including Inyo National Forest.

Kernville is a bustling little town of just over 1,300 people, but its location along the mighty Kern River makes it popular among river rats and rafting guides, alike. The town is just over three hours from the Coso Range but is home to a large number of different campgrounds, cafes, and outdoor gear shops, so it’s a nice place to stay before or after your adventure.

Bakersfield is one of California’s major cities and is home to nearly 400,000 people. At just around a four-hour drive from the Coso Range, it’s certainly not somewhere you’re going to commute from each day, but it could be a great starting point for your adventures. Bakersfield is also home to a fairly sizeable airport, so it’s a good place to fly in and out of if you’re coming from out of state or elsewhere in California. 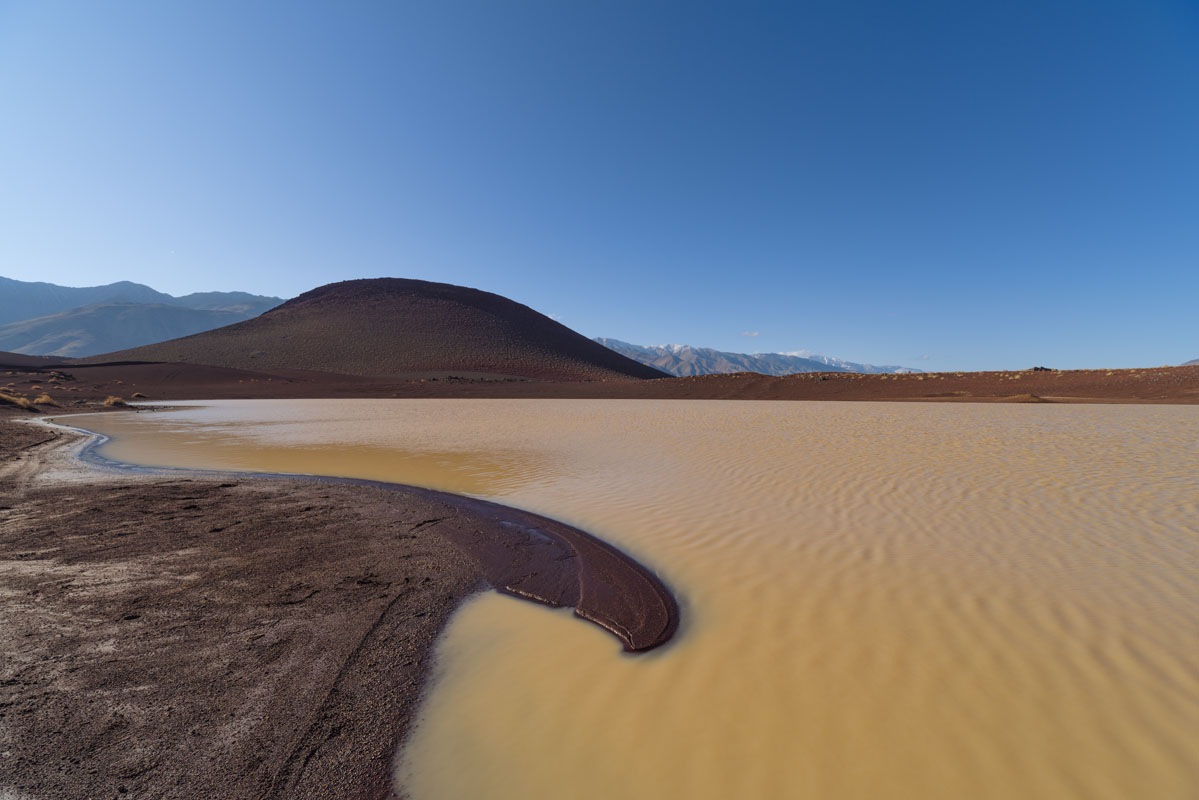 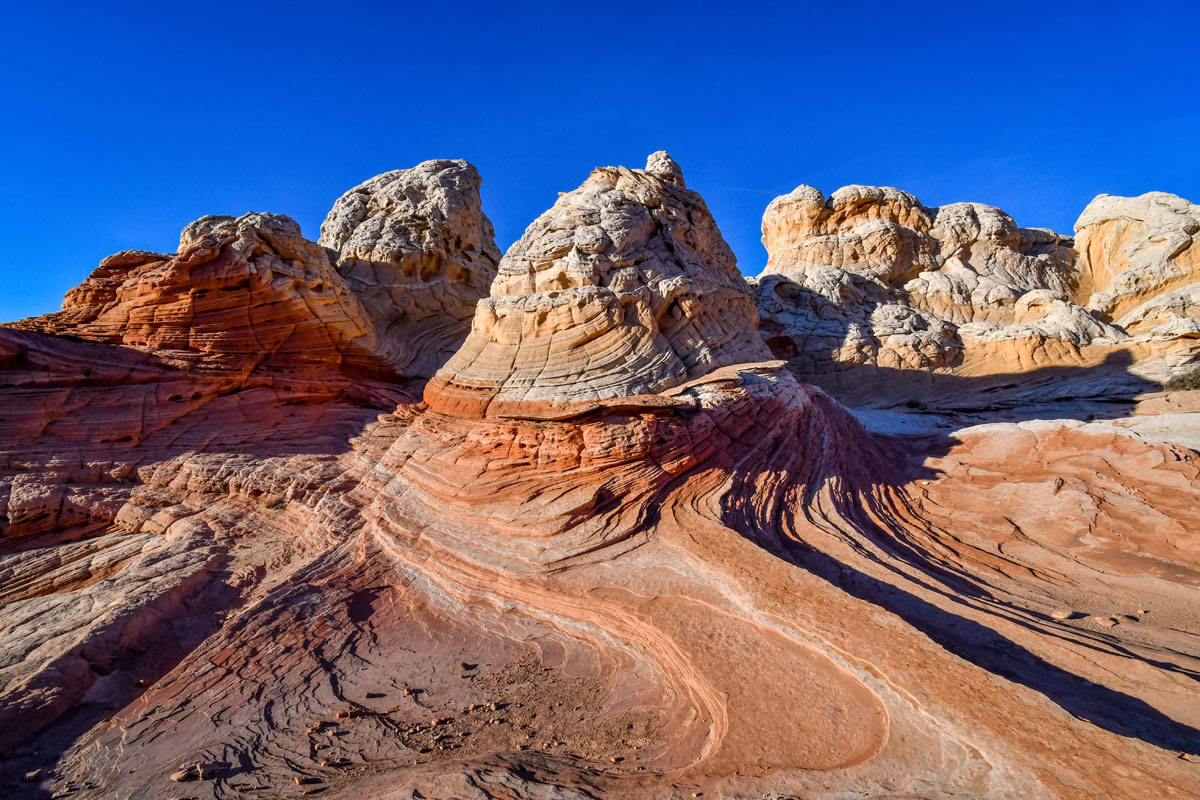 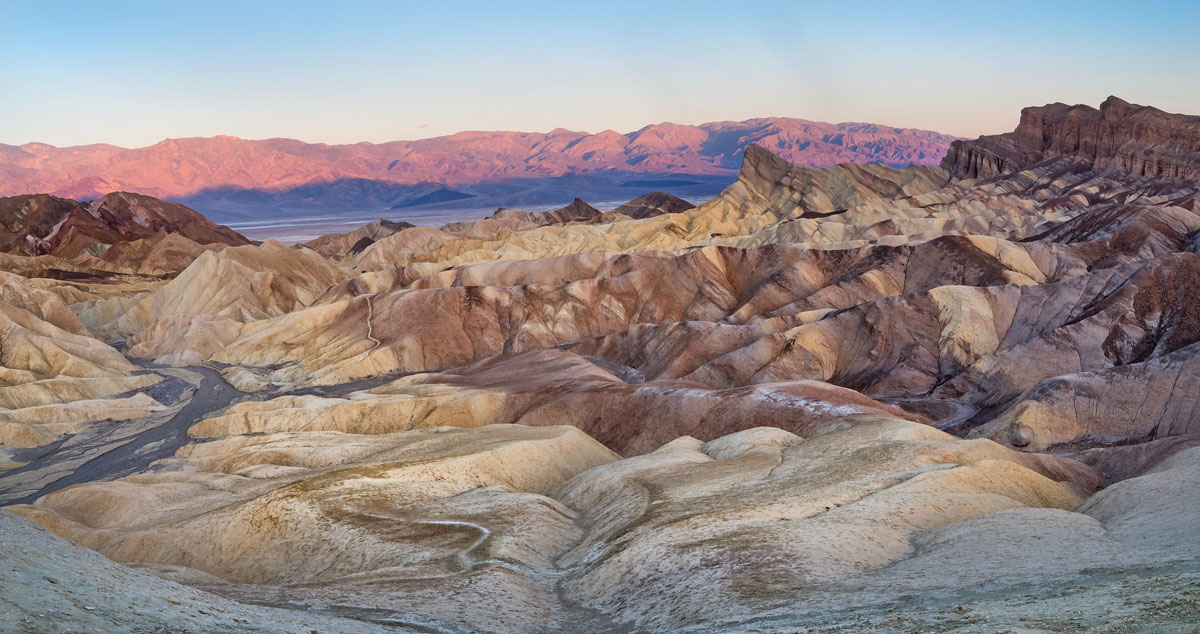 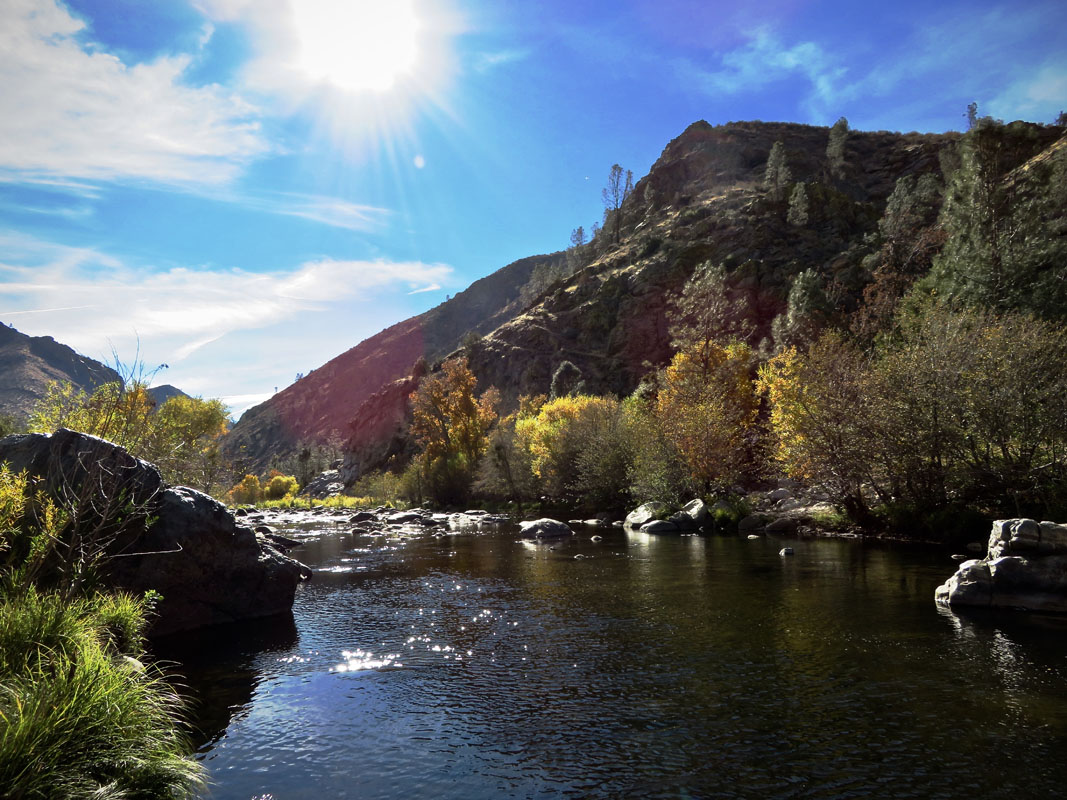 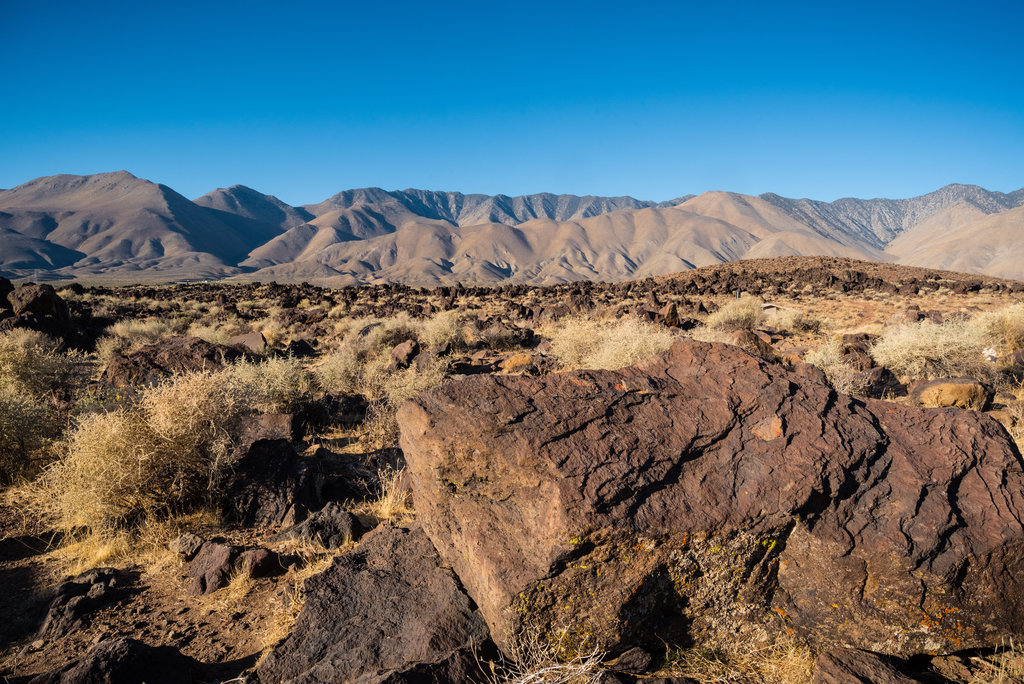