There are just 25 named mountains in the Coquitlam Ranges, and the area sees very little visitation access due to limited accessibility. This remote set of summits is protected by either the Metro Vancouver Coquitlam Watershed or by Pinecone Burke Provincial Park. 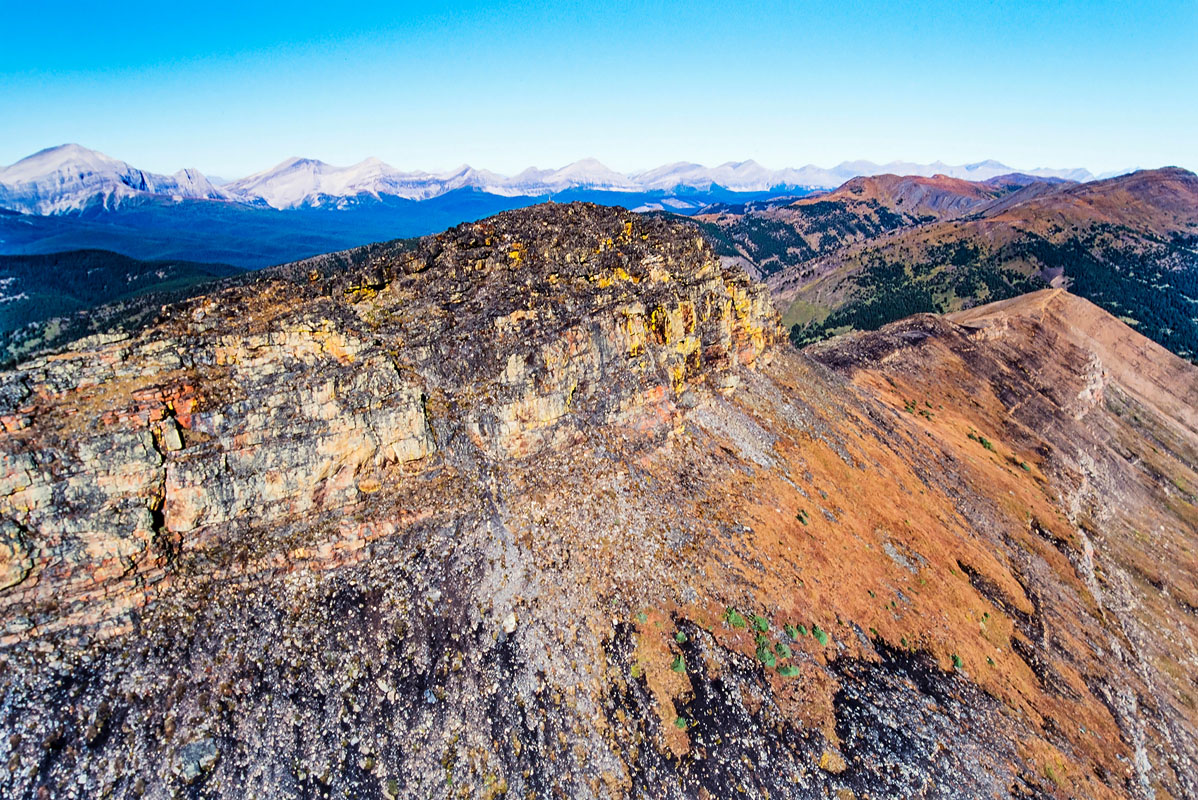 The Five Fingers, a group of summits that sit on the divide between Pitt Lake and Coquitlam Lake, are known by their unofficial names – Middle Finger, Ring Finger, The Thumb, The Forefinger, and Little Finger. The Five Finger group in British Columbia should not be confused for the much more accessible Five Fingers in California, as these Coquitlam peaks are extremely remote and obscure.

Coquitlam Mountain, which sits behind the city of Coquitlam, is also difficult to access and explore, but can generally be seen and appreciated from afar in areas like Metro Vancouver. Similarly, the summit of Widgeon Peak can be found along the Coquitlam-Pitt divide close to the suburban town of Port Coquitlam. However, like other peaks in this secluded range, Widgeon Peak is rarely climbed.

Pinecone Burke Provincial Park spans over 38,000 hectares and protects the west side of Pitt Lake, Widgeon Slough, Widgeon Lake, as well as the surrounding high-altitude Coquitlam peaks. Park is known to be remote and rugged but is central to other popular parks like Garibaldi Provincial Park and Golden Ears Provincial Park.

Kayaks, boats, and canoes can be used to reach marine picnic areas in the park for day trippers or overnight campers.

There are no official trails into this area. However, the Boise Valley Trail (also referred to as Fool’s Gold Route, was created by the Western Canada Wilderness Committee to showcase the Coquitlam peaks and surrounding Pinecone-Burke Provincial Park.

This 75-km (give or take) route is a notoriously rugged, rarely traveled, backcountry traverse that travels through the heart of the Coquitlam range and over the divide. The trail requires relentless and dense bushwacking, wading through muddy swamps, summiting snow-covered mountain passes, and climbing steep overgrown hillsides. In other words, it’s hardly a trail at all. It can be completed in 5-7 days, but should only be attempted by highly experienced backcountry travelers.

The trek to the top of Burke Mountain, which technically has two summits, is a strenuous 23-km climb. The smaller South Summit, also referred to as Dennett Peak, is easier to reach, while the North Summit provides epic 360-degree views. Most travelers will turn back at the South Summit, rather than tackling the notoriously rugged, route between the two summits. The trail takes approximately 10-12 hours to complete and should only be attempted by experienced hikers.

Coquitlam is a relatively large city in the Lower Mainland of British Columbia that sits just outside of the Coquitlam Ranges and Pinecone Burke Provincial Park. Coquitlam is known to be at nature’s doorstep and offers ample opportunities for hiking, biking, and exploring the outdoors.

Coquitlam is known to be an up-and-coming mountain biking destination and offers a mix of established and rugged mountain biking trails. Bicyclists can also enjoy several routes and multi-purpose trails to explore the city.

Although some visitors will make the trek to Pinecone Burke Provincial Park, Coquitlam offers several Creekside and forest hiking trails in and around town including the Holy Creek Trail and Westwood Plateau Trails. In fact, Coquitlam is home to almost 100 kilometers of trails and routes, so you won’t have to go far to seek out adventure. 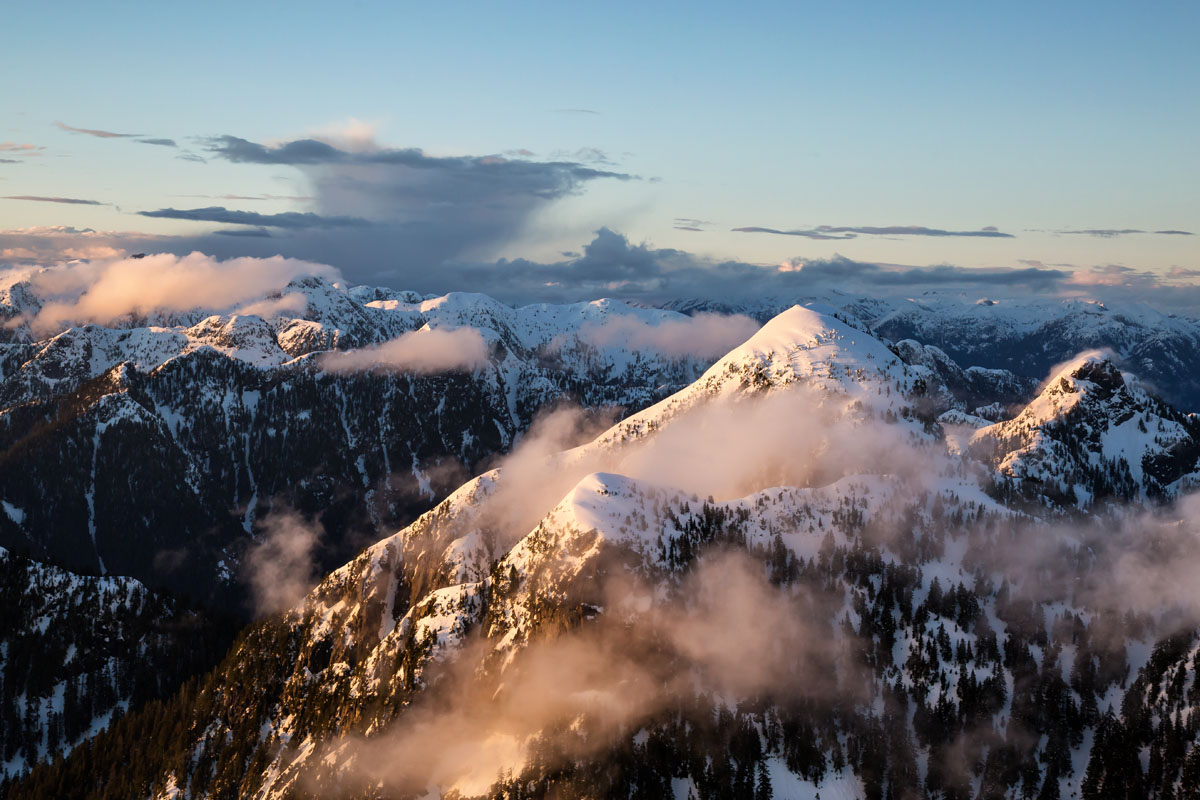 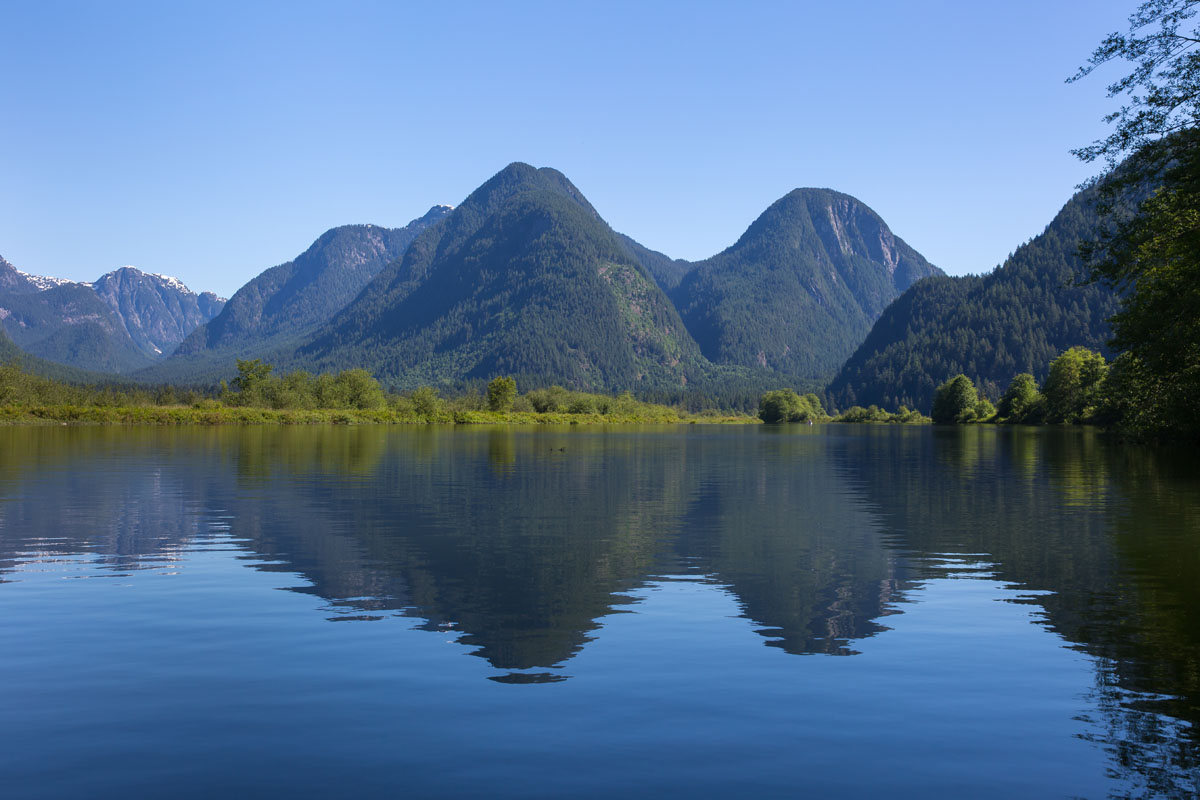 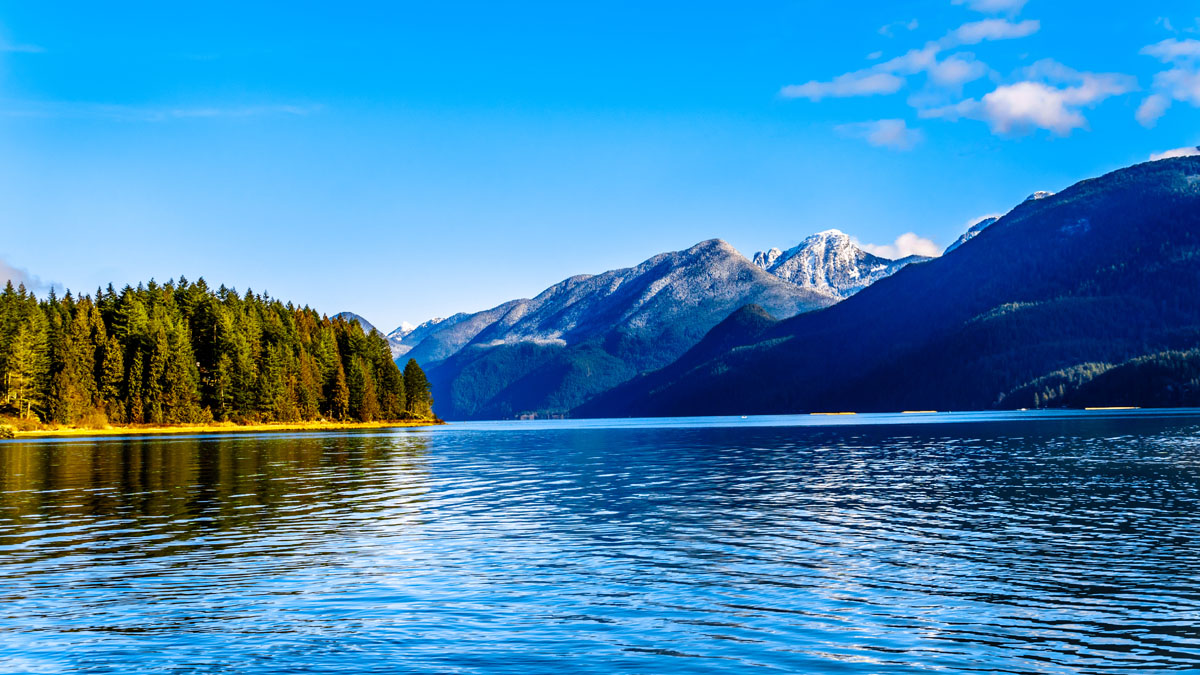 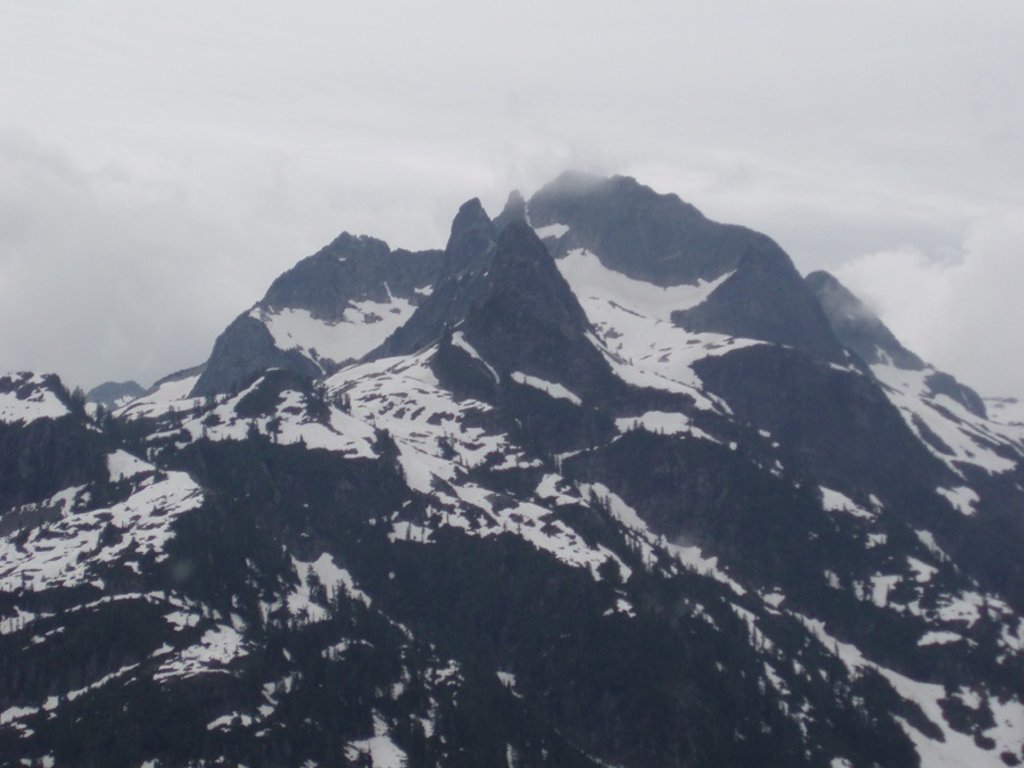 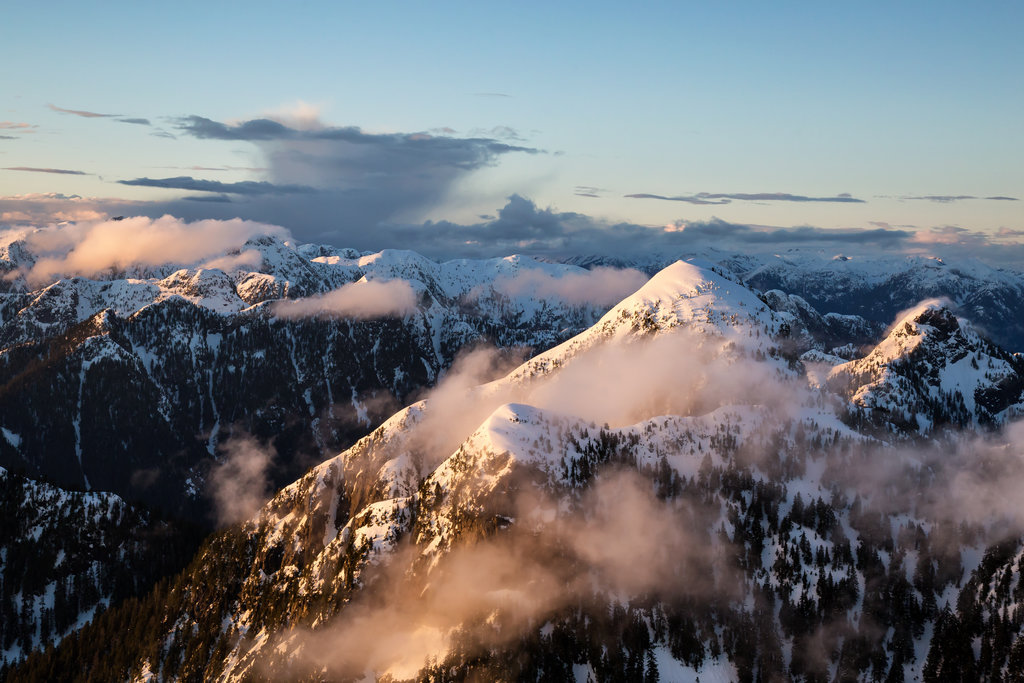 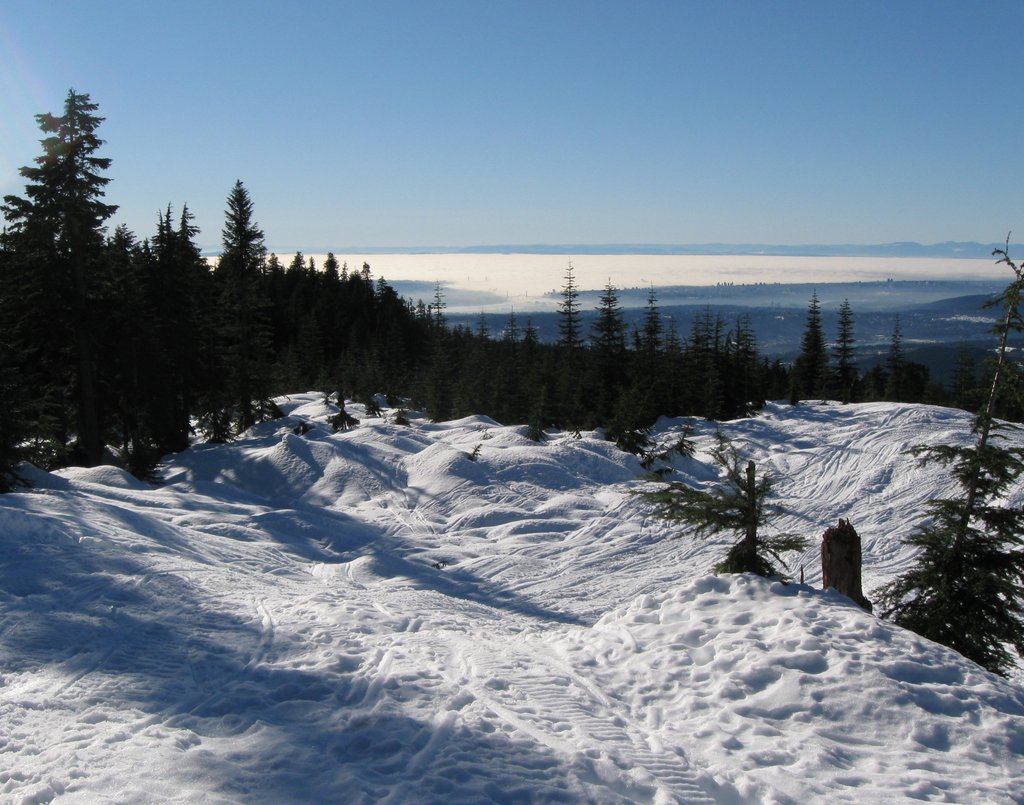