982 m
Elevation
Elevation is the altitude of a place
above sea level.

332 m
Prominence
Peak’s prominence is the least
vertical to be covered to get from the
summit to any other higher terrain.

The summit is separated from the surrounding peaks (known as Łysiny Group) by the Wyżni Łazek Pass, descending into deep valleys with streams surrounded by forested slopes. The Three Crowns consists of five sharp peaks, made of resistant limestone. The highest of the peaks is called Okrąglica. It stands 982 meters above sea level. At the top of Okrąglica there is an observation platform complete with metal barriers built for the tourists. – The platform, overlooking Dunajec River Gorge, can accommodate up to 15 people at a time.

The fourth peak, called Pańska or Bryłowa Skała rising 920 m above sea level, is a nesting zone for a rare bird the wallcreeper with extraordinary crimson wings. The smallest peak of the Trzy Korony summit is called Niżnia Okrąglica aka. Ganek, Siodło. It stands 80 m lower than the tallest peak; to the south. Niżnia Okrąglica used to contain the original observation deck before the metal platform with barriers was built atop the tallest one, thus enlarging the Pieniny panorama.

The Trzy Korony summit is one of the most popular tourist destinations in the Pieniny Mountains. The observation deck hangs over a 500 metres (1,600 ft) precipice, with a near perfect view of the Dunajec river gorge and the vast area of the Pieniny National Park, the Tatra Mountains, Beskid Sądecki, Gorce Mountains and Beskid Żywiecki. In good weather one can see as far as Babia Góra, 63 km away.

The Three Crowns was originally called simply Pieniny. In 1834 (during the reign of Austria-Hungary) a German name Kronenberg appeared in documents (translated into Polish as the Crown). The current name took hold at around 1860. The Three Crowns massif contains at least 7 species of rare plants which cannot be found anywhere else in Pieniny, including the endemic species of Pieniny dandelion (unfortunately, already extinct), and Złocień Zawadzkiego. Besides them, there are numerous and rare lime-loving species of rock plants including Rozchodnik wielki – a host for a caterpillar of rare Pieniny Apollo butterfly.

The Three Crowns has been a tourist attraction for a very long time. First recorded trek to the top took place in 1767. First regular tourists walked up around 1830. In 1906, the first official route to the summit from Krościenko was labeled with blue signs. In 1929 after the liberation of Poland, the Three Crowns has been bought by the Polish government from its private owners and turned into the Pieniny National Park established in 1932. And finally, in 2001-2002 the park's authorities built the new metal platforms with barriers to accommodate mass tourism.
There's a trail leading to the summit. Trzy Korony is one of the 441 peaks along the multi-day European long distance path E3. 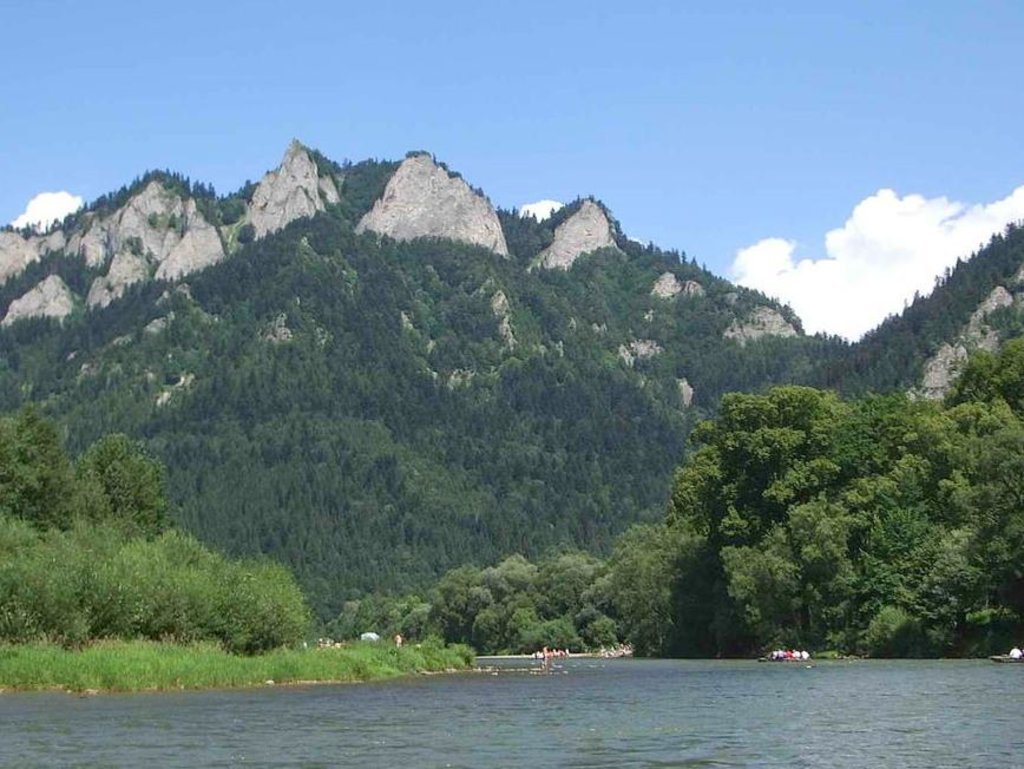 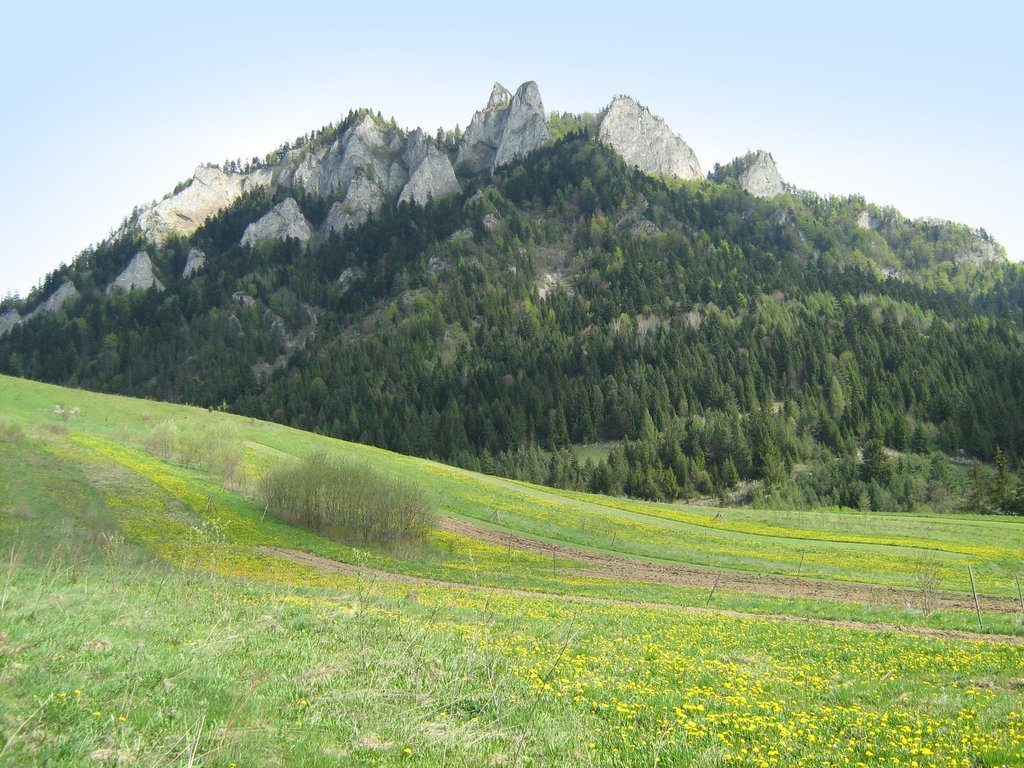 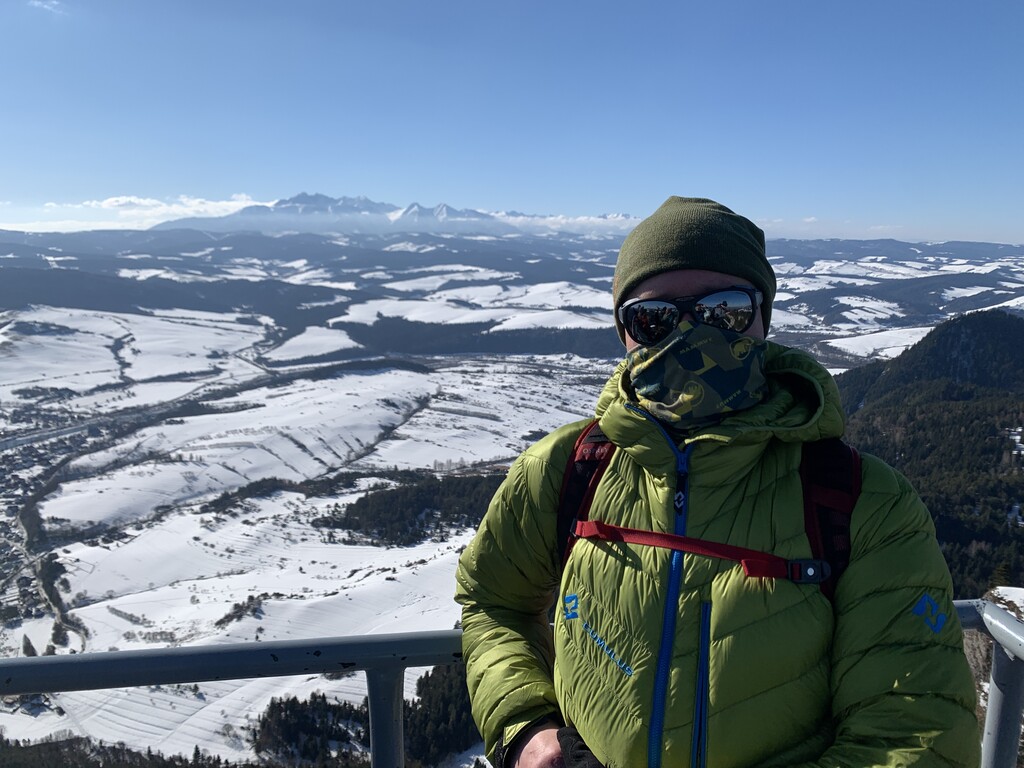 Check out a downloadable 3D model of Trzy Korony area. A higher resolution model can be found in the PeakVisor mobile app.
Do you have photos of Trzy Korony or know something about it? Please let us know!