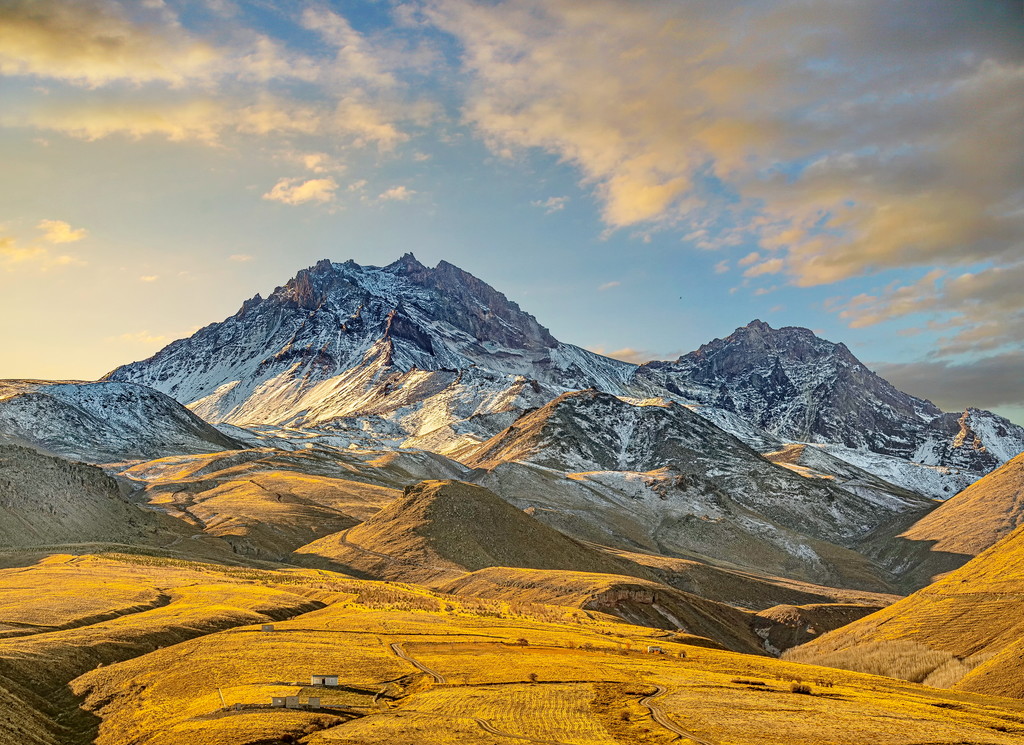 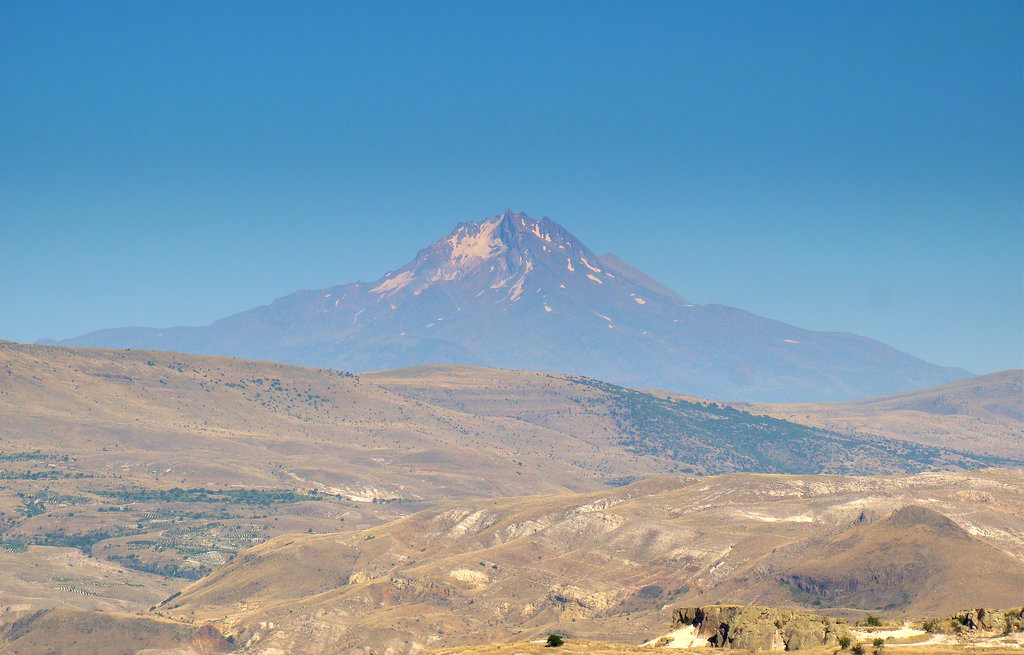 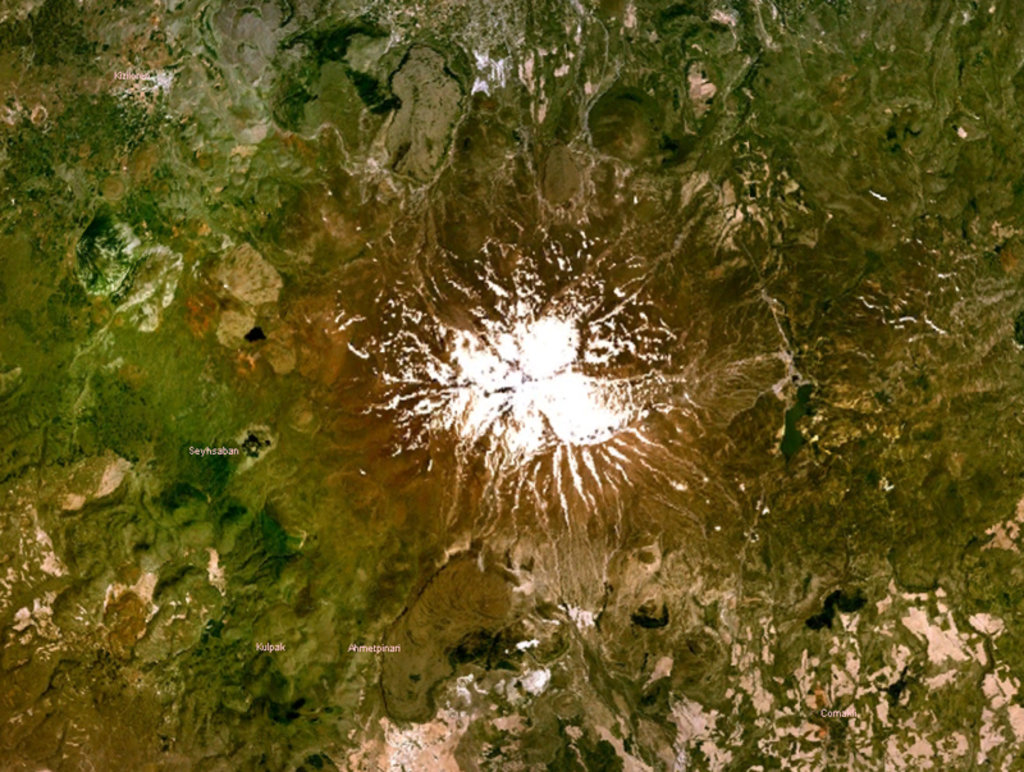 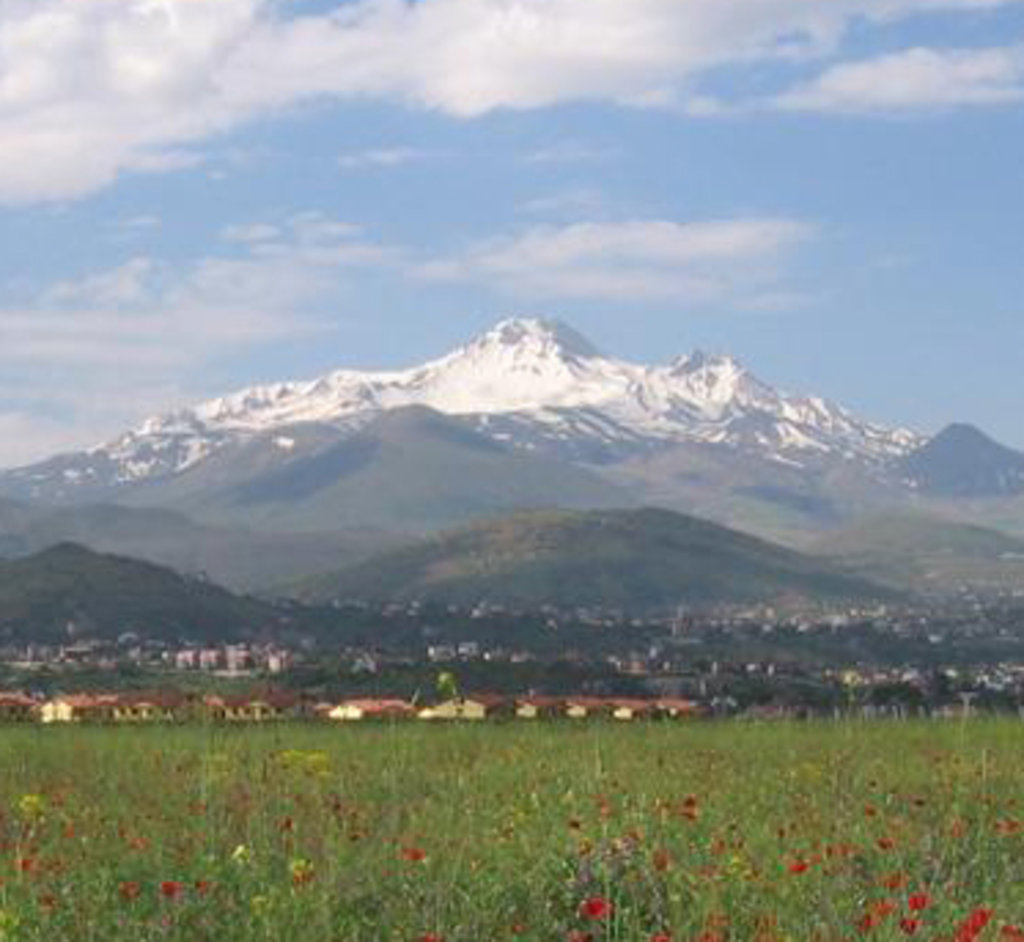 Show 2 photos
Add photo
3 916 m
Elevation
Elevation is the altitude of a place
above sea level.

2 418 m
Prominence
Peak’s prominence is the least
vertical to be covered to get from the
summit to any other higher terrain.

Proportional Prominence 3 082 m
Ultra
Mountains with prominence of 1 ⁠500 ⁠m / 4 ⁠921 ⁠ft or more.
Volcano
Most commonly a conical hill or mountain built around a vent that connects with reservoirs of molten rock below the surface of the Earth.
Location
38.531761 N  35.448664 E

Mount Erciyes (Turkish: Erciyes Dağı), also known as Argaeus, is a volcano in Turkey. It is a large stratovolcano that is surrounded by many monogenetic vents and lava domes, and one maar. The bulk of the volcano is formed by lava flows of andesitic and dacitic composition. At some time in the past, part of the summit collapsed towards the east.

The volcano began to form in the Miocene. At first, a volcano farther east named Koç Dağ formed from lava flows. Then, again to the east, large explosive eruptions formed a caldera. During the Pleistocene, Erciyes proper grew inside the caldera together with a group of lava domes. Lateral eruptions of Erciyes may have generated ash layers in the Black Sea and the Mediterranean during the early Holocene.

The last eruptions occurred during the early Holocene and may have deposited ash as far away as Israel; the occurrence of historical volcanism is uncertain. Future eruptions of Erciyes may endanger cities in the north.

The volcano was glaciated during the Pleistocene, and one regular glacier still exists today, but is receding.
There's a demanding alpine trail (T5) called Sırt hattı leading to the summit.