107 m
Elevation
Elevation is the altitude of a place
above sea level.

83 m
Prominence
Peak’s prominence is the least
vertical to be covered to get from the
summit to any other higher terrain.

Volcano
Most commonly a conical hill or mountain built around a vent that connects with reservoirs of molten rock below the surface of the Earth.
Location
16.756881 N  -22.94256 W
Monte Curral (Portuguese meaning "ranch”), is a small hill in the interior of the island of Sal in Cape Verde east of the center of the island capital Espargos. The mountain is of volcanic origin and features mainly eroded volcanic caldeira. Its elevation is 109 meters, some incorrectly has it at 107 meters. It is also the highest point in the much of Espargos.

Neighborhoods bordering the mountain are Pretória in the east, the Bairro Novo section, Morro Curral in the south and the City Center in the west, much of the mountain is in Morro Curral and its boundaries encircles at the urban limits of the north. Nearby is the Espargos Center Elementary School near the foot of the mountain.

The mountain features the most of all, an air control tower for Amílcar Cabral International Airport and that section forms a part of the airport property cut off for nearly a kilometer with the rest of the airport. One of a few of these founded in African and could be the only one in the western part of West Africa. It is also a communications tower which is used for radio and television and signals throughout the island, it is also used for phones. One of these is Record Cabo Verde which is on channel 37 for all of Sal along with BOOM and Zap TVs which were installed in the late 2000s. One of the towers is also used as a radar for monitoring air traffic, one of three in the nation. The facilities are connected by a single road with Morro Curral, the southern portion until 1950 was used for ranching. 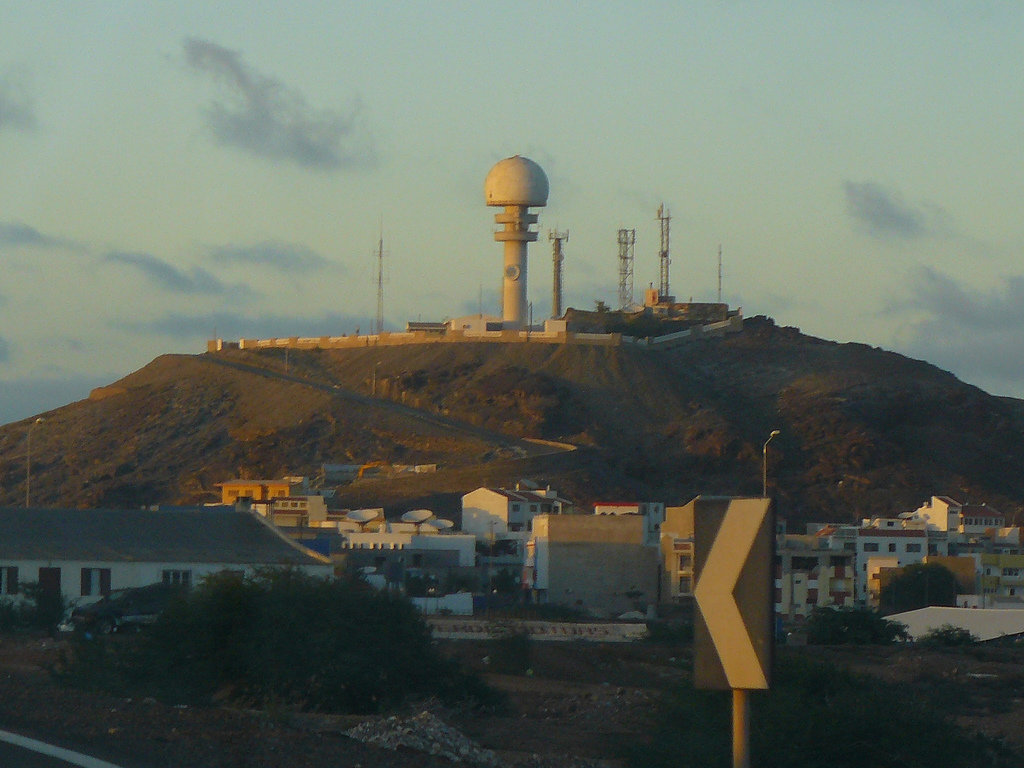 3D View
Monte Curral model
Check out a downloadable 3D model of Monte Curral area. A higher resolution model can be found in the PeakVisor mobile app.
Do you have photos of Monte Curral or know something about it? Please let us know!