2 902 m
Elevation
Elevation is the altitude of a place
above sea level.

61 m
Prominence
Peak’s prominence is the least
vertical to be covered to get from the
summit to any other higher terrain.

Proportional Prominence 1 936 m
Location
42.179984 N  23.591279 E
Musala (Bulgarian: Мусала; from Arabic through Ottoman Turkish: Musalla, "near God" or "place for prayer" is the highest peak in the entire Balkan Peninsula, standing at 2,925 m (9,596 ft). The summit of the Rila mountain range in southwestern Bulgaria, Musala is the highest peak between the Alps and the Caucasus and the highest in Eastern Europe bar the Caucasus. With a prominence of 2473 m, Musala is the 7th most prominent mountain peak in Europe.

Musala is situated within the Rila National Park, which is noted for its rich flora, including species such as Macedonian Pine and Bulgarian Fir in the forests on its middle slopes, and fauna; it is one of the easiest places in Europe to see the wallcreeper. All major mountain ranges of Bulgaria can be seen from the top; these include Vitosha to the northwest, Sredna Gora towards the northeast, the Balkan Mountains along most of the northern horizon behind Vitosha and Sredna Gora, the Rhodope Mountains to the southeast, Pirin to the south, Osogovo and Ruy Mountain to the west, and of course Rila.

A Cosmic Ray Station was built on the peak in 1960 with cooperation from the Hungarian Academy of Science. The station conducted scientific experiments using a muon telescope. The station was destroyed by an electrical fire on October 29, 1983.

With an average annual temperature of -2.3 °C Musala is the coldest place in Bulgaria and the entire Balkan Peninsula. Temperatures stay below 0 °C for about 8 months each year. Due to this about 45% of the annual precipitation on Musala is snow, and snow cover lasts for about 200 days (more than six months). Three of the main rivers of Bulgaria, the Iskar, Maritsa and Mesta have their sources near Musala. 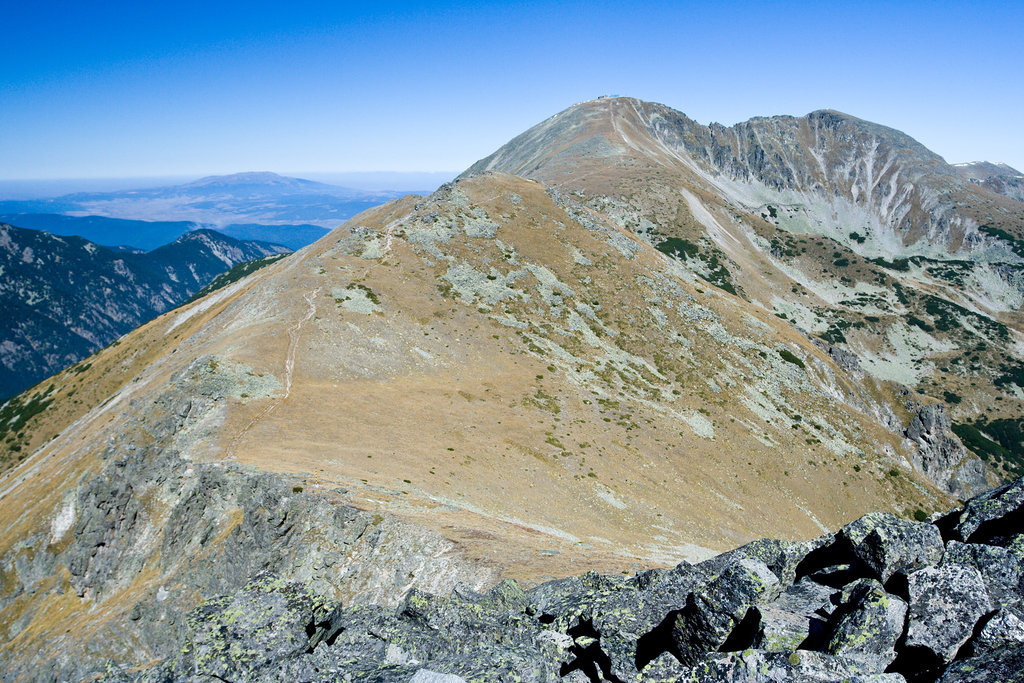 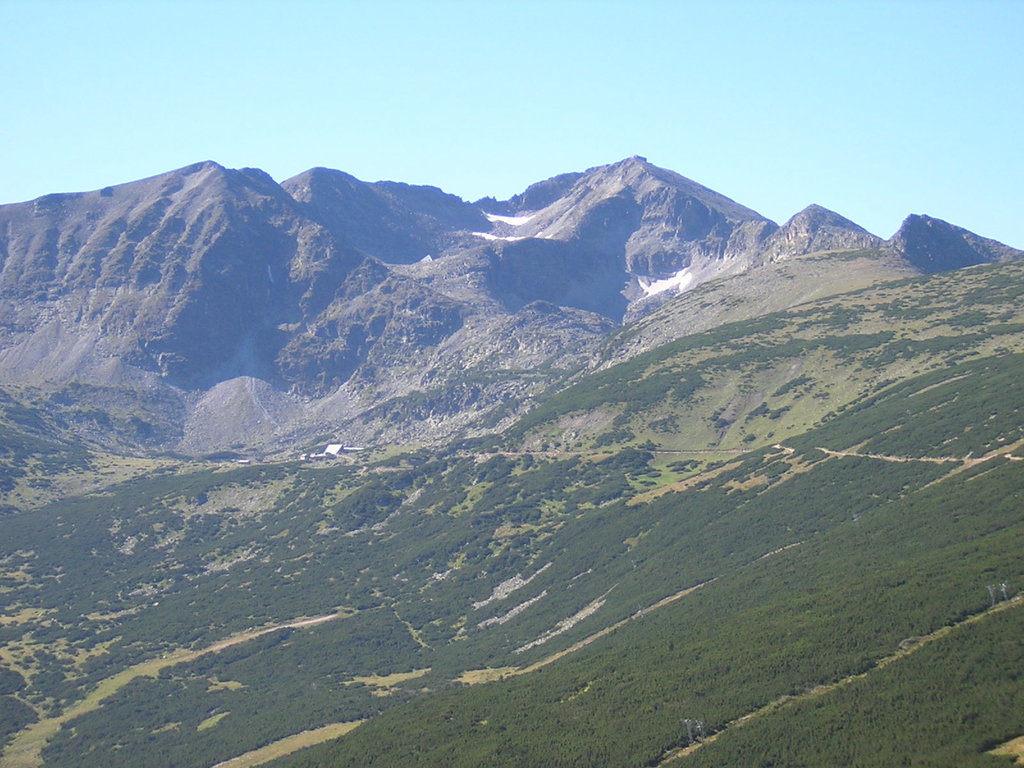 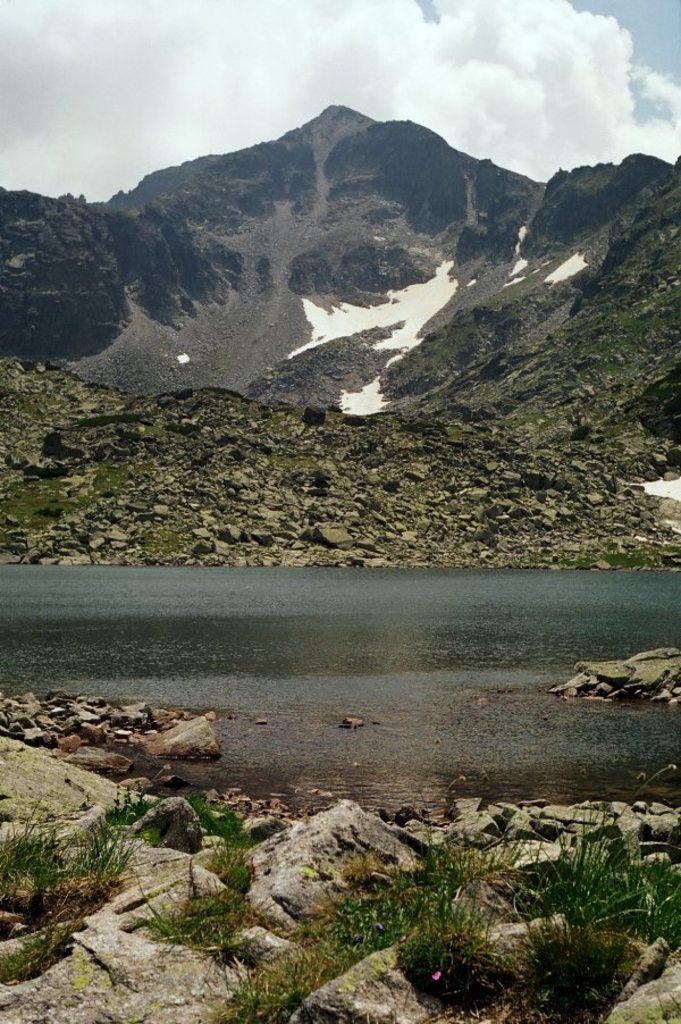 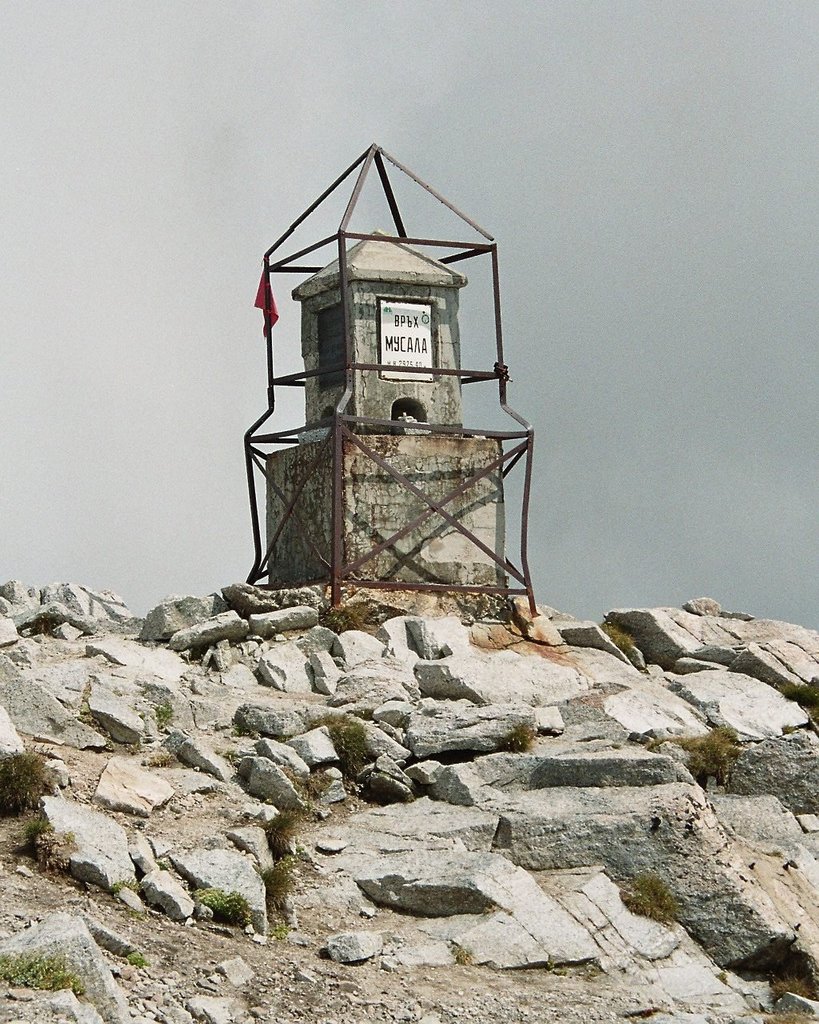