3 253 m
Elevation
Elevation is the altitude of a place
above sea level.

1 909 m
Prominence
Peak’s prominence is the least
vertical to be covered to get from the
summit to any other higher terrain.

Proportional Prominence 2 345 m
Ultra
Mountains with prominence of 1 ⁠500 ⁠m / 4 ⁠921 ⁠ft or more.
Volcano
Most commonly a conical hill or mountain built around a vent that connects with reservoirs of molten rock below the surface of the Earth.
Location
38.126416 N  34.164809 E
Mount Hasan (Turkish: Hasan Dağı) is an inactive stratovolcano in Aksaray province, Turkey. With an elevation of 3,268 m (10,722 ft), it ranks as the second highest mountain of central Anatolia. A caldera 4-5 kilometres wide formed near the current summit around 7500 BC, in an eruption recorded in Neolithic paintings.

The ancient settlement of Çatalhöyük collected obsidian from the area of Hasan Dağ, which they probably traded with other settlements for luxury goods. Obsidian mirrors and flakes have also been found. The importance of Hasan Dağ to the people of Çatalhöyük may be shown by a wall painting, sometimes called the "first landscape" by art historians, which some believe is a depiction of Hasan Dağ towering over the settlement's houses.

It was the second mountain from the south in the Byzantine beacon system used to warn the Byzantine capital of Constantinople of incursions during the Arab–Byzantine wars.

Approximately a six hours' walk is required to climb to the top of the mountain from the highest point accessible by car. The summit offers a fabulous view over the central Anatolian plateau, including distant Cappadocia.
There's a demading hiking trail (T3) leading to the summit. 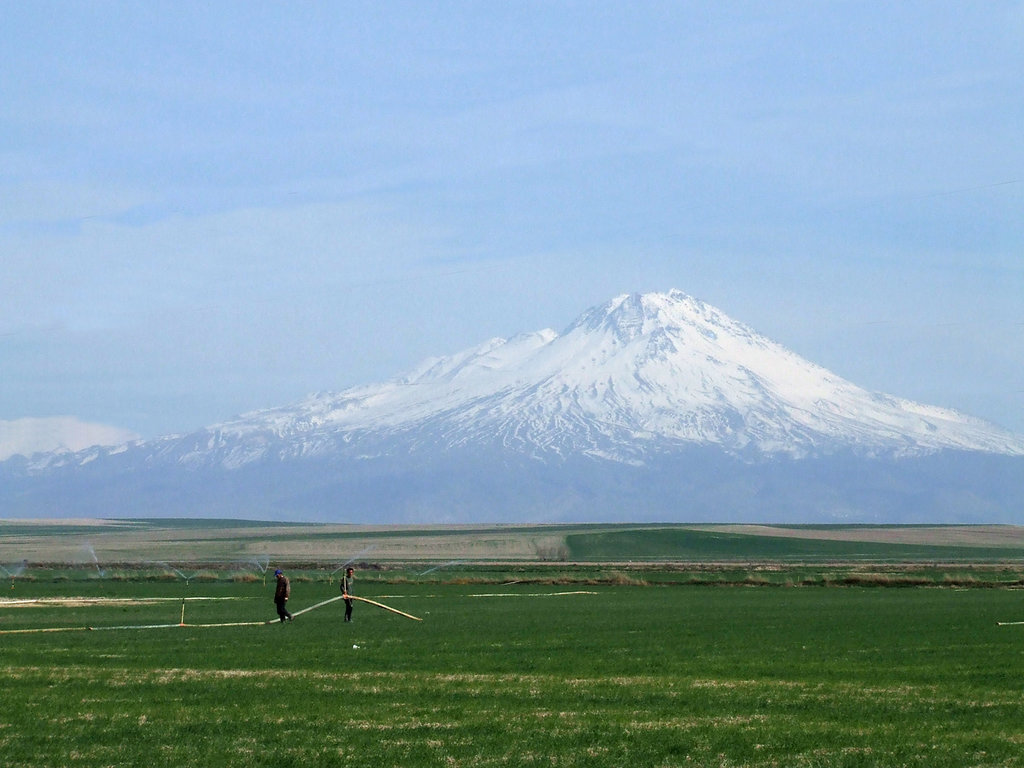