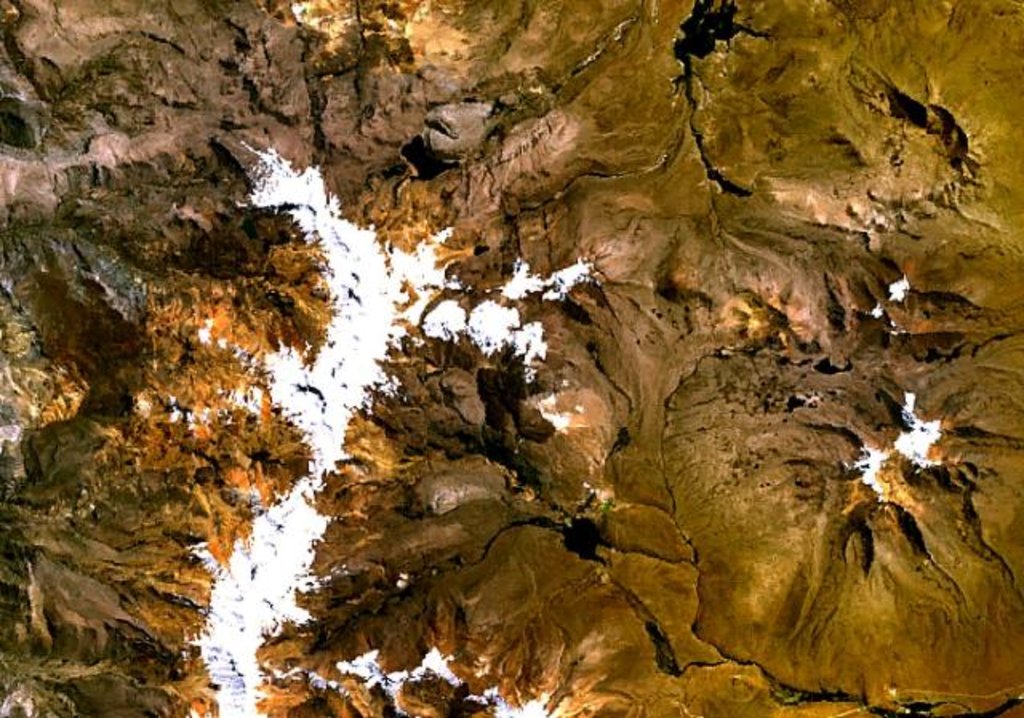 Add photo
5 650 m
Elevation
Elevation is the altitude of a place
above sea level.

392 m
Prominence
Peak’s prominence is the least
vertical to be covered to get from the
summit to any other higher terrain.

Casiri (possibly from Aymara for bawler) is a mountainous complex in the Barroso mountain range in the Andes of Peru, about 5,650 metres (18,537 ft) high. It is located at the border of the Tacna Region, Tacna Province, Palca District and the Tarata Province, Tarata District.

Casiri is part of the Central Volcanic Zone, one of the four volcanic belts in the Andes. Volcanoes in this belt are often high but also poorly known and studied owing to their remote location; the eruption of Huaynaputina in 1600 was observed from Arequipa and is thus better documented.

The volcano has a height of 1,050 metres (3,440 ft), a diameter of 5 kilometres (3.1 mi) and a volume of 7 cubic kilometres (1.7 cu mi). Four centres are aligned on an east-west trending ridge, presumably formed through a shift in the conduit, with the youngest centre southeast of the ridge. This youngest centre has a summit crater, a western lava dome of possibly dacitic composition and two southbound lava flows showing signs of having been active after the ice ages. A sulfur mine Gloria is associated with the lava flows, and another is found on the northwest side of the volcano. There are no reports of historical activity. This volcano does not appear to be a threat.