2 290 m
Elevation
Elevation is the altitude of a place
above sea level.

1 263 m
Prominence
Peak’s prominence is the least
vertical to be covered to get from the
summit to any other higher terrain.

Cherni Vrah is bounded to the northwest by Torfeno Branishte (Turf Nature Reserve) which — like the extensive adjacent territory to the south — is a no-go drinking water catchment area. Several major stone rivers are situated in the peak's vicinity, occupying the upper courses of Vladayska and Boyanska Rivers to the north, and Struma River to the south.

Cherni Vrah hosts a weather station built in 1935, one year after the mountain became the oldest national park on the Balkans. The station provides refuge in bad weather (no tourist accommodation though), and has a well supplied cafeteria offering hot meals. A Mountain Rescue Service team is based on the peak too. The nearest mountain chalets are Aleko Chalet situated 3 km to the north-northeast (1810 m, major ski and snowboard centre accessible by gondola lift from Simeonovo, Sofia), and Kumata Chalet (1725 m) situated 5.5 km to the northwest. Ski paths link Cherni Vrah to Aleko and Kumata areas in winter, and a ski run on the northern slope of the peak itself is served by a 600-m surface lift.

With its annual average wind speed of 9.3 m/s Cherni Vrah is the second most windy peak in Bulgaria after Murgash Peak in the Balkan Range (10.3 m/s).

The legend holds it that Cherni Vrah was climbed as early as 181 B.C. by King Philip V of Macedon. Nowadays, the easiest access to the peak is by a 1.4-km track from the upper station of Romanski chair lift situated on Malak Rezen Peak (2191 m).

Cherni Vrah has a special place in Bulgarian tourism. Thanks to its proximity to Sofia the peak is by far the most visited mountain summit in the country, attracting tens of thousands of visitors annually. The first group of tourists to climb the peak involved 300 people, among them the contemporary doyen of Bulgarian literature Ivan Vazov, and was led by another famous Bulgarian writer, Aleko Konstantinov. The event took place on August 27, 1895, and annual tourist rallies are held on Cherni Vrah on that date considered the birthday of Bulgarian tourist movement.

The etymology of the name Cherni Vrah (Black Peak) is uncertain. Popularly, it is attributed to the black colour of the conspicuous rock formations dominating the peak's tip. Another belief holds it that the name derived from the darker appearance the peak presumably had in the past, when the Subalpine zone of Vitosha used to be overgrown by mountain pine (Pinus mugo) that was burnt in the Middle Ages to expand sheep pastures. Nowadays only few isolated mountain pine communities have survived in the vicinity of Cherni Vrah, and their process of expansion and recovery is very slow.
There's a trail leading to the summit.

The nearest mountain hut is Metereological station of Cherni Vrah located 59m/193ft NW of the summit. 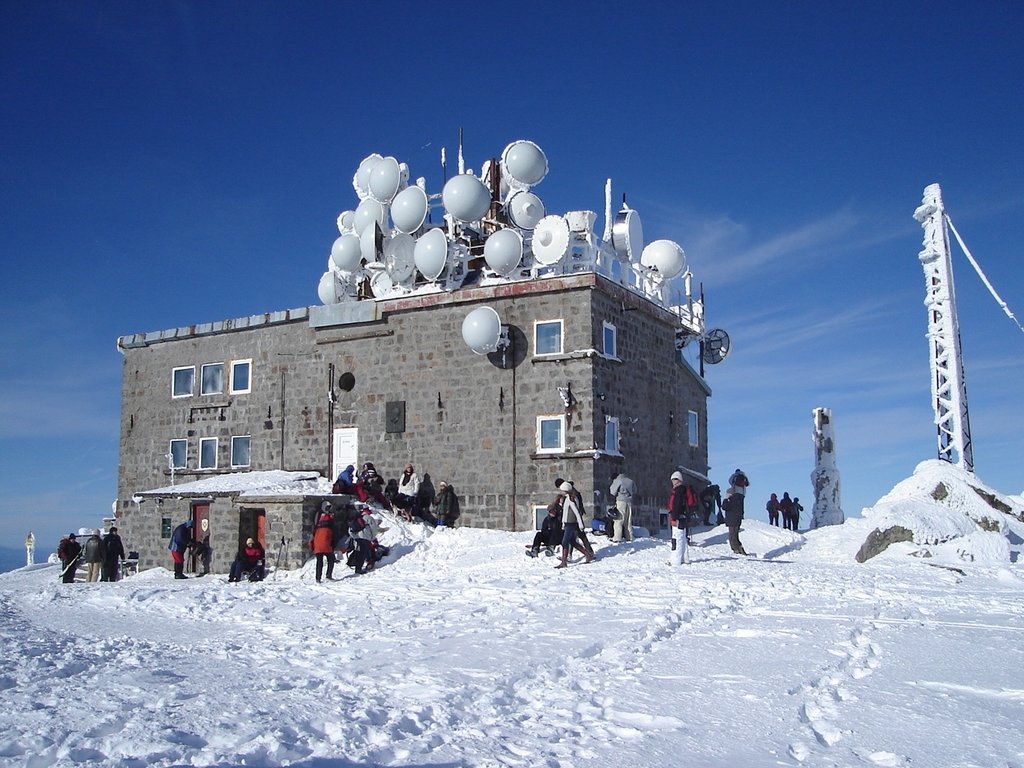 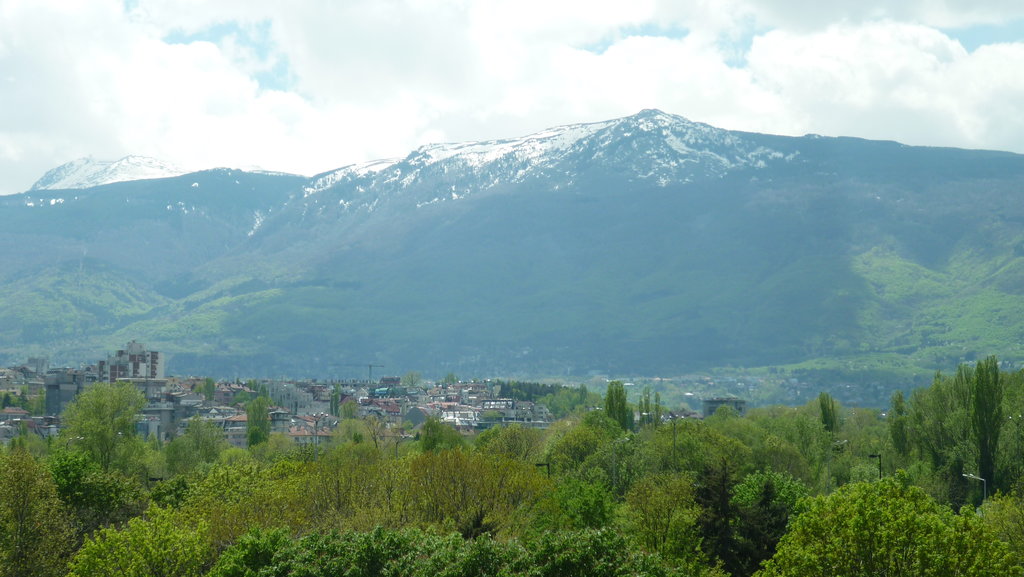 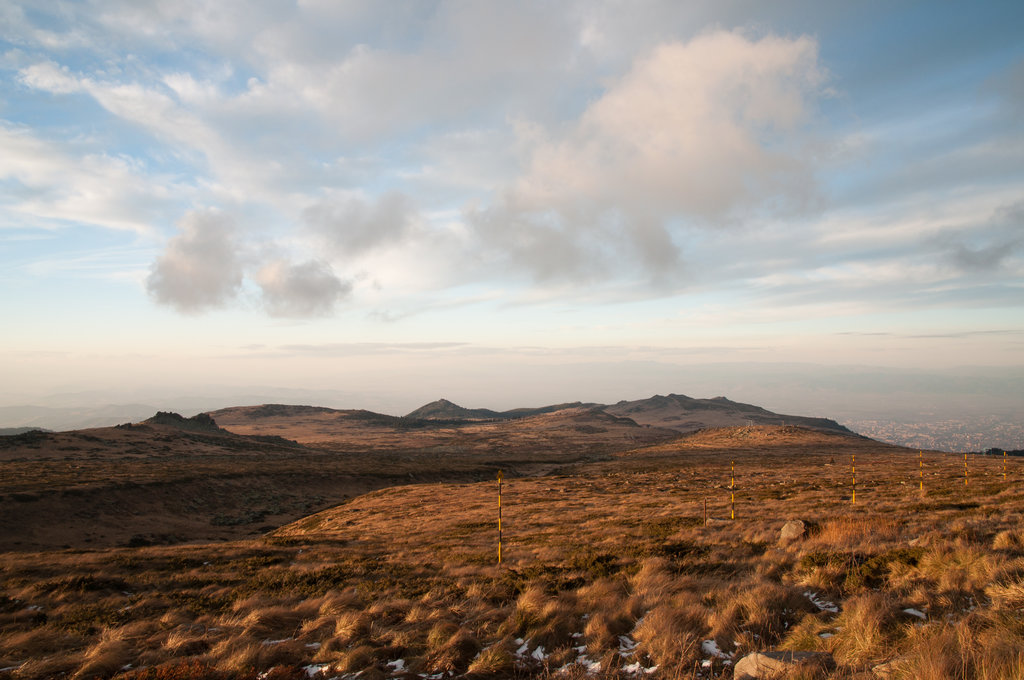 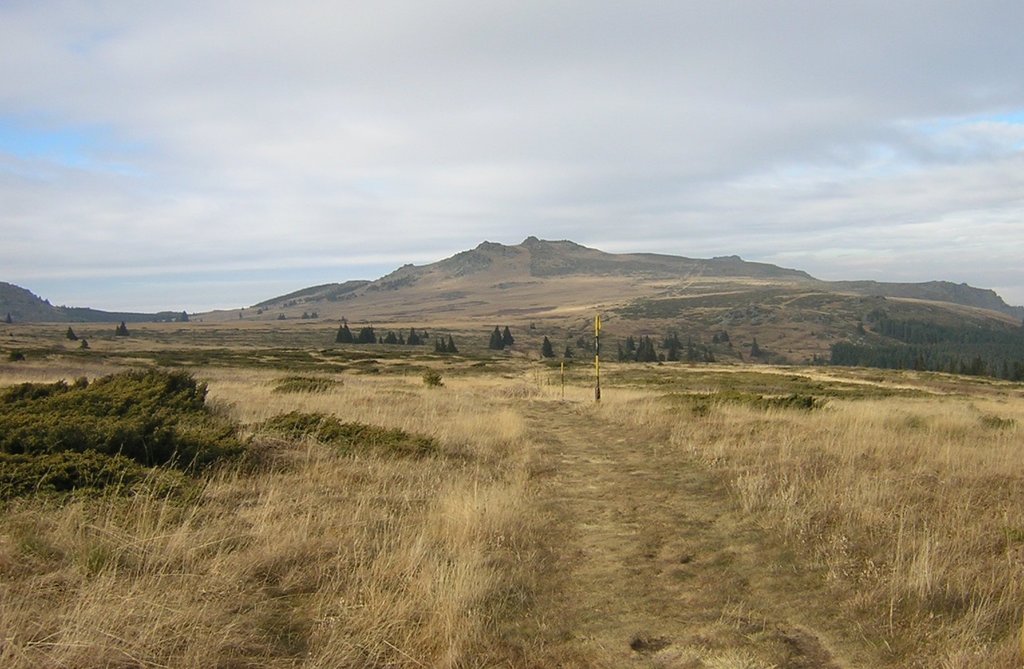 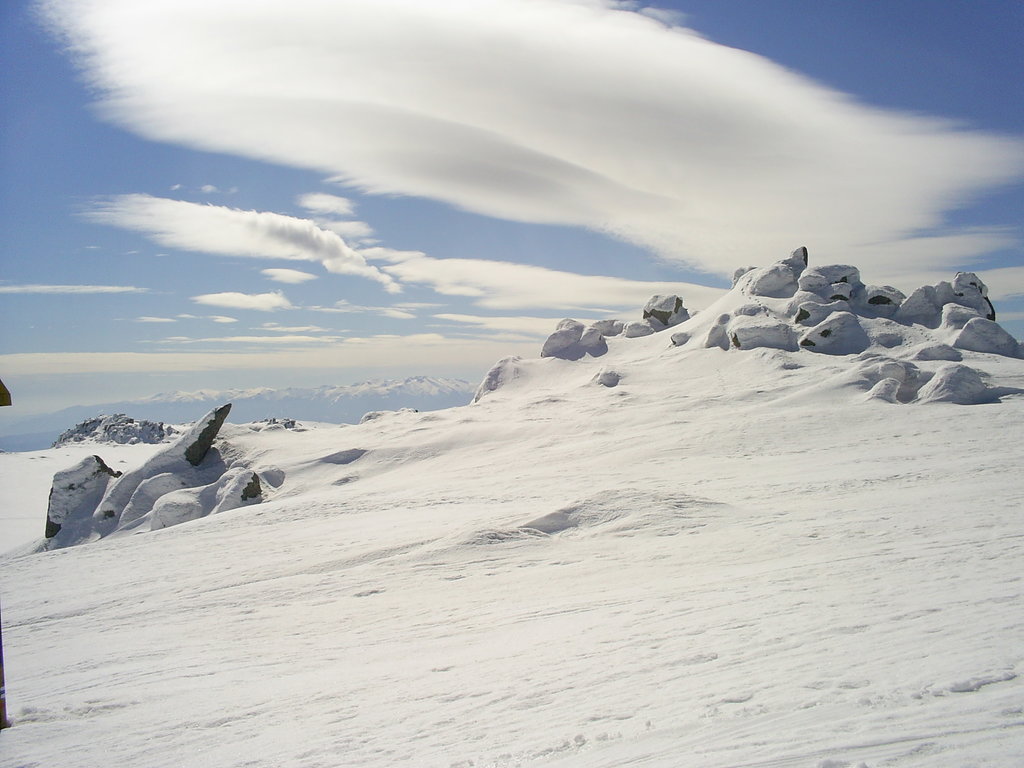 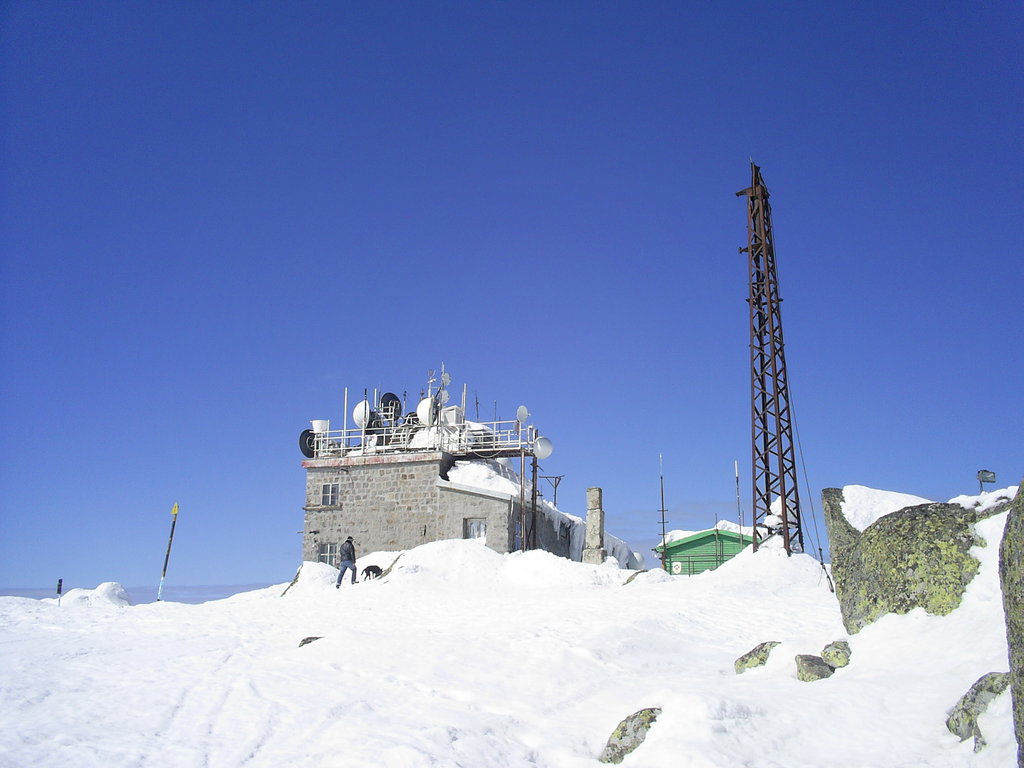 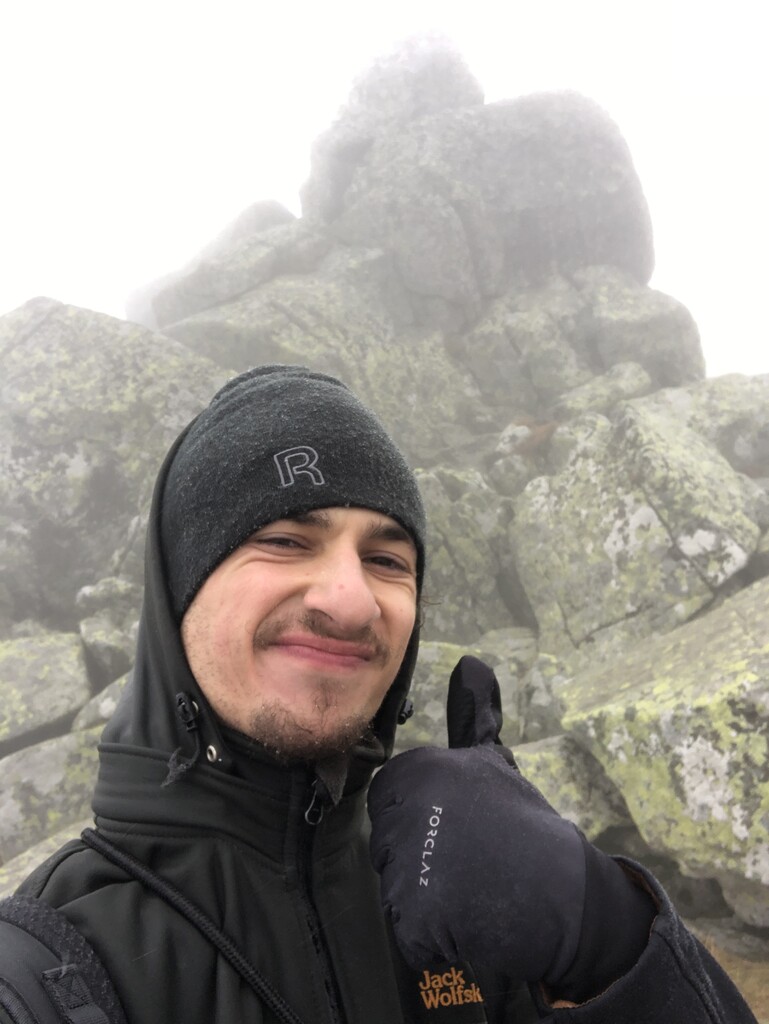 Martin Yordanov
Check out a downloadable 3D model of Cherni vrah area. A higher resolution model can be found in the PeakVisor mobile app.
Do you have photos of Cherni vrah or know something about it? Please let us know!