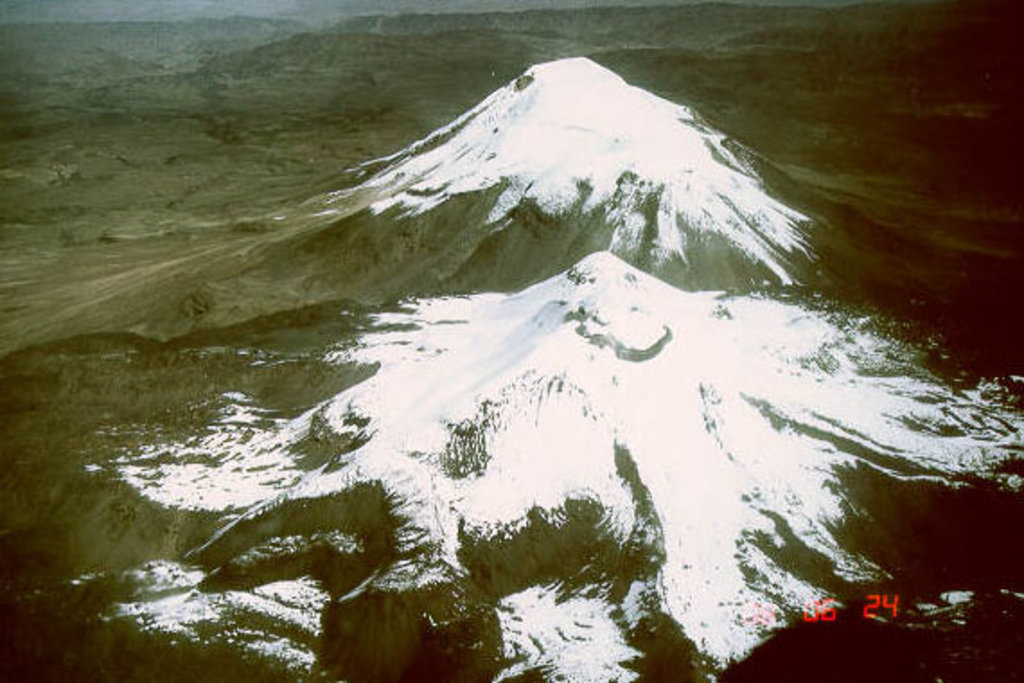 Add photo
6 288 m
Elevation
Elevation is the altitude of a place
above sea level.

2 000 m
Prominence
Peak’s prominence is the least
vertical to be covered to get from the
summit to any other higher terrain.

Ampato (possibly from Quechua hamp'atu or from Aymara jamp'atu both meaning "frog") is a dormant 6,288-metre (20,630 ft) stratovolcano in the Andes of southern Peru, about 70–75 kilometres (43–47 mi) northwest of Arequipa. It is part of a north-south chain of the three volcanoes Hualca Hualca and Sabancaya, the last of which has been active in historical time.

Ampato consists of three volcanic cones, which lie on top of an older eroded volcanic edifice. They were formed sequentially by extrusion of lava flows, but Ampato has also had explosive eruptions which have deposited ash, lapilli and pumice in the surrounding landscape. One young lava flow has been dated to 17,000 ± 6,000 years before present, but a summit lava dome is even younger, and Holocene ash layers in surrounding peat bogs may testify the occurrence of recent eruptions.