There are 86 named mountains in Vanoise National Park. The highest and the most prominent mountain is La Grande Casse.

The Vanoise National Park is situated in Savoie region in France. The Vanoise spans between the Tarentaise Valley to the north and the Maurienne Valley to the south, and goes along the valley of the river Isère. It covers an area of 528,39 km2. On the other side of the border in Italy, the park is twinned with the Gran Paradiso National Park (since 1927), making their combined area of 1250 km² the largest protected area in western Europe. 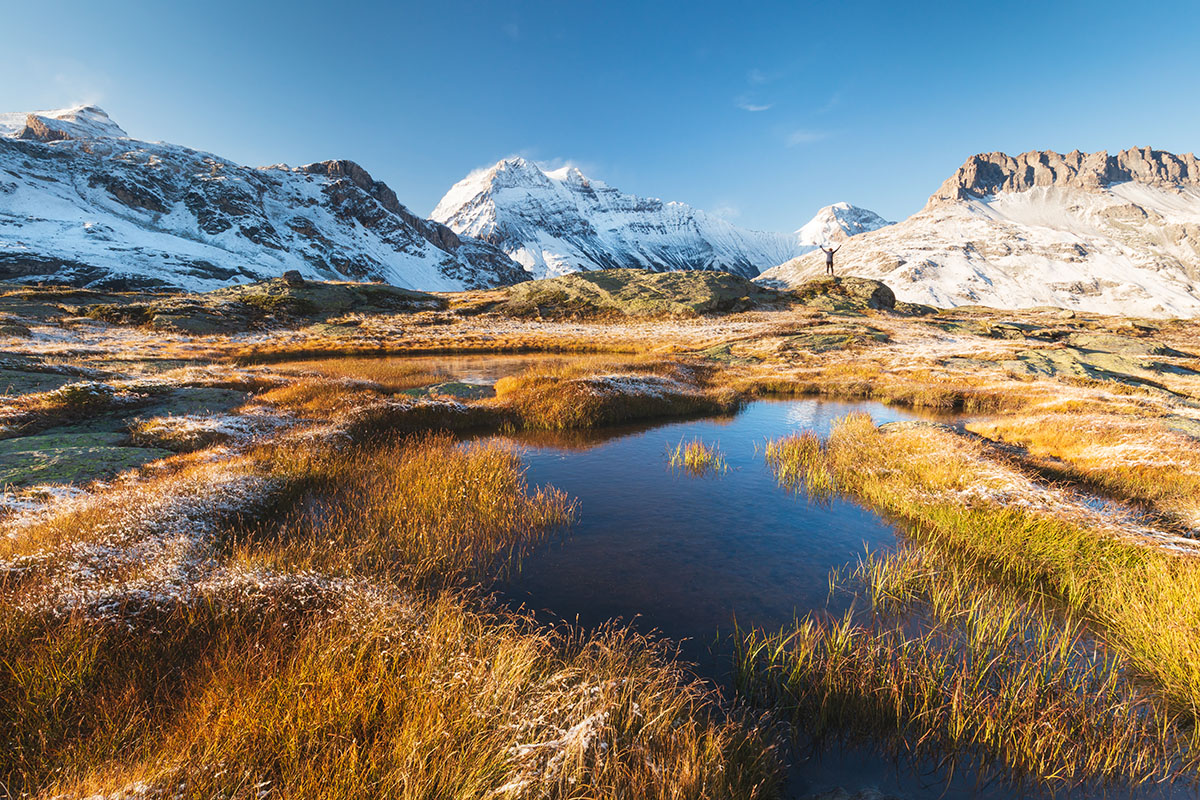 Whilst there were already several nature reserves in France at the time, and also one in the Vanoise massif, the Vanoise was the first true-blue National Park. One of the main reasons for its creation in 1963 was the near extinction of the Alpine Ibex as a result of excessive hunting. In the National Park, all forms of hunting were forbidden and there was set a peripheral zone dedicated to environmentally friendly tourism development. In the park, everything is protected: the fauna, the flora, and even the rock.

A large number of summits in the Vanoise National Park are over 3,000m a.s.l. The impressive heights of the mountains in the park are one of the main reasons why so many hikers are attracted to the area. There are 600km of hiking trails in the region with the most notable GR5 and GR55 trails. These trails allow hikers to get the best from the glaciers, high mountain lakes and a large variety of fauna and flora.

The flora varies according to the altitude in the Park. There are large swathes of coniferous forests at lower altitudes. At the sub-alpine level (1,500m - 2,000m) there are blueberries, junipers and rhododendrons. Between 2,000m and 3,000m in the alpine zone, the flora is more sparse as a result of the high altitude and the long-lasting snow.

In terms of fauna, there is the largest population of Alpine ibex in France with around 2,000 ibexes here. There are also typical mountain animals such as marmots, chamois and golden eagles. A large effort was made concerning the bird population, now there is a total of 120 bird species present in the Vanoise park.

The Vanoise National Park is not only for hikers. The Col de l'Iseran (2,764m), located at the end of the valley of the Isère, is the highest paved high mountain pass in the Alps. The pass connects the valley of the Isère and the valley of the Arc River (Maurienne). The pass is only accessible by road during the summer months. In the winter months, it is accessible via a ski lift as part of the Val-d’Isère ski resort. The Col de l’Iseran has been featured in the Tour de France on a number of stages, with the most recent passage being that of the 2019 edition of the race.

At the heart of the Vanoise park, a possible hiking route that takes in some of the best views starts near Pralognan-la-Vanoise. Starting from Fontanettes at 1,650m, follow the Arcelin trail to Lac des Assiettes and the Refuge du Col de la Vanoise (2,508m) at the summit. The route offers some spectacular views of the highest mountain in the Vanoise - La Grande Casse (3,855m). Once you’ve taken in all of the scenery (this could take a while), you can start to descend the other side past Lac Long and Lac des Vaches. The total distance is 12km with 900m of vertical elevation. This hike, whilst not technically too difficult would be best suited to intermediate to experienced hikers because of the high altitudes reached towards the summit.

In early summer, a 13.5km route feasible in 5-7 hours from Pralognan-la-Vanoise would show you the most water in the Lac des Vaches. The route is fantastic at any time of the hiking season (June - September), but do make sure you don’t attempt it after rainy days, some parts of the path are very steep and would be dangerously slippery on the way down. More so, the stream could become too big to be crossed. This route is also a part of the historic Salt Road and you will see the history attached in some places.

Some parts of the route can be covered in a ski lift, that would take off some of the challenge. From the parking lot the hamlet of Les Fontanettes, take the path which is signed for the Col de la Vanoise and in about 45 minutes passes the Refuge des Barmettes. If you have taken the ski lift, it lets you off at this refuge. If you are with the family, the trip to the refuge would probably be enough. You can have a good snack or meal here and come back. However, to continue the journey, go across the bridge Pont du Chanton from the refuge and keep going on the path bordered by low walls. The path takes you over to the right-hand side of the valley. Enjoy the view and the waterfall and hike the rounded hilltop until you reach the Lac des Vaches.

The views from the Lac des Vaches are stunning. You have the Aiguille de la Vanoise looming above you on the right side of the lake and the view of the Grande Casse. The path across Lac des Vaches is incredible, but not good for young children. This is a special path made with flat rocks that go across the lake. In the end, look back. Yes, you walked on water, you did it!

From Lac des Vaches, the hiking starts to get steep. The path goes up on the steep scree until the Lac Long at the foot of the Glacier de la Grande Casse. The colour of the lake is very green, and you can hear cracks from the glacier, due to the melting ice. Follow the path until the restored Refuge du Col de la Vanoise. Continue past it a little way to the Col de la Vanoise and take in the stunning views in both directions. Just down on the other side of the Col de la Vanoise is another pretty lake, Lac Rond. You can return the way you came up, but there is a better way to get back to your car, this time using an alternative route that goes around the other side of the Aiguille de la Vanoise.

Should you wish to admire the unique little piece of Greenland in Vanoise and get close to a glacier to enjoy chunks of ice peacefully floating in the little lake, take the Glacier du Grand Méan hike that starts off a parking lot of a town Bonneval-sur-Arc. Once you leave the town parking lot, follow the signs towards Refuge des Évettes, continue until you reach the Col des Évettes, always taking left at any path intersection. Once at the Col des Évettes continue to the left, aiming for the Refuge. After a few meters, take the path going down on the right. Halfway down the hill, the trail passes between the Refuge and the Cirque des Évettes, then leads to the Pont Romain towards the waterfall of the Reculaz, known as Cascade de la Reculaz. Then, go over the Bridge, go down in the Cirque for 50m more, then take the steep path on the left side. It starts on a rocky slab in the direction of Lac du Grand Méan. Here starts a small path marked by a few cairns. It can sometimes be a challenge to find the path, but it’s there. The hiking trail here is very steep at first, before arriving at the bottom of the Mont Seti. Afterwards, the trail continues more easily in the direction of a moraine. A last steep climb and then you will discover the lake and the Glacier! You could hike to the bottom of the glacier by following the path on the right side of the lake. Getting here is pure happiness! Follow the same itinerary to return from the bottom of the glacier. The general length of the hike is approx. 13 km, doable in 5-7 hours, the elevation gain is 1,057m. 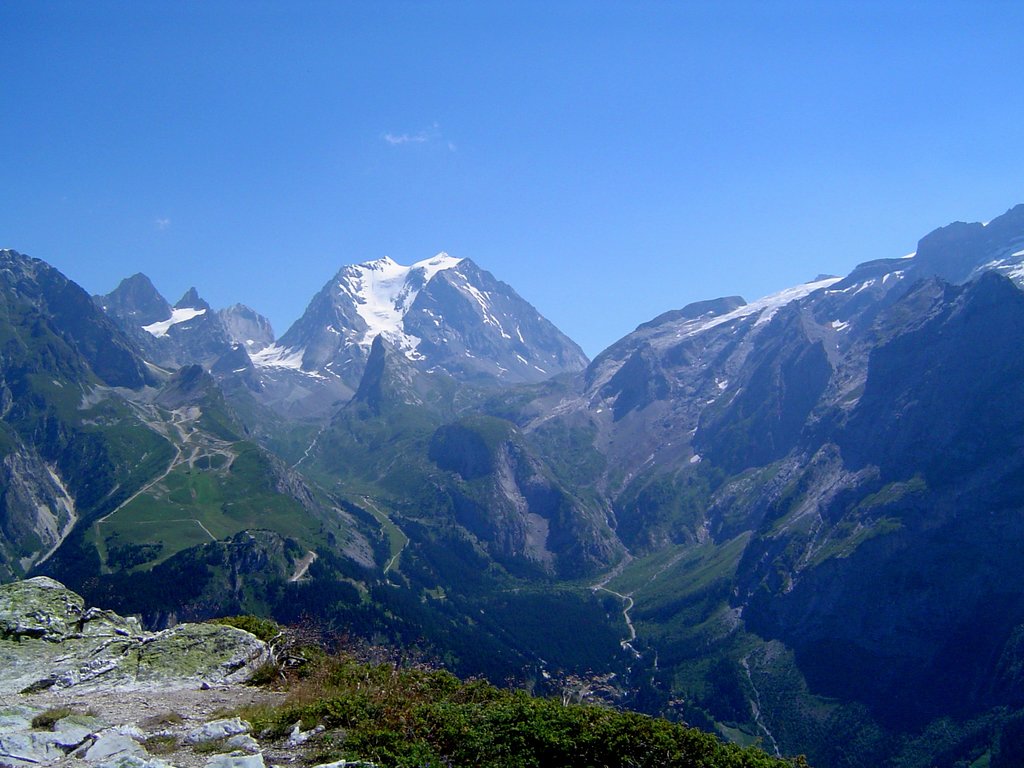 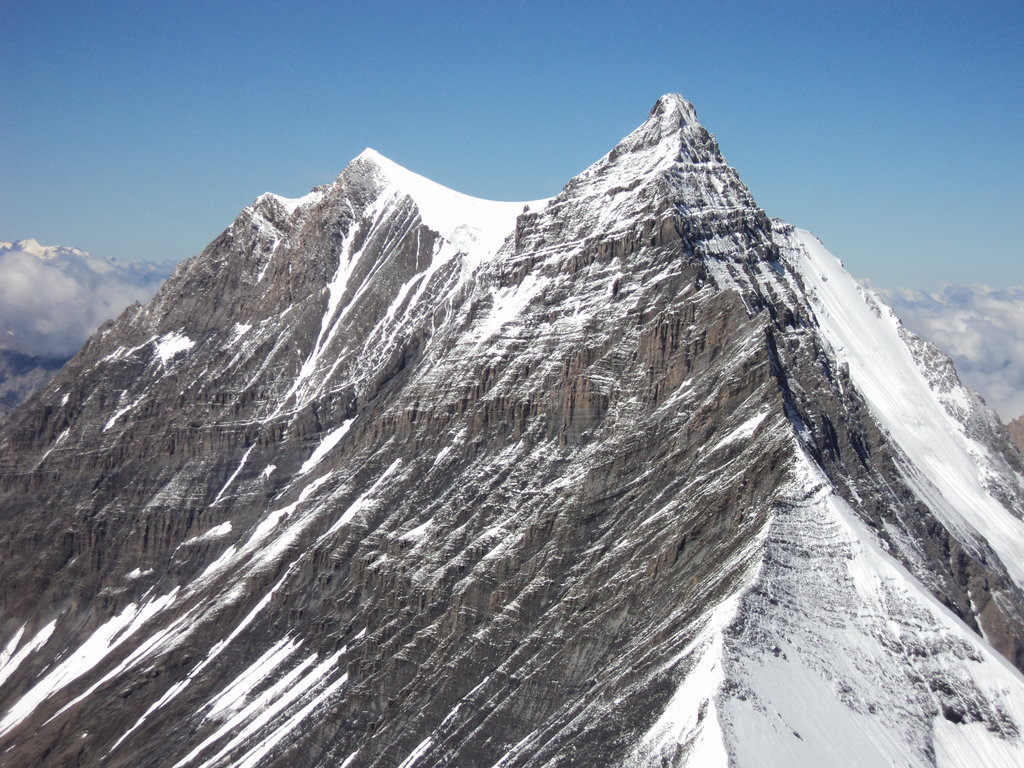 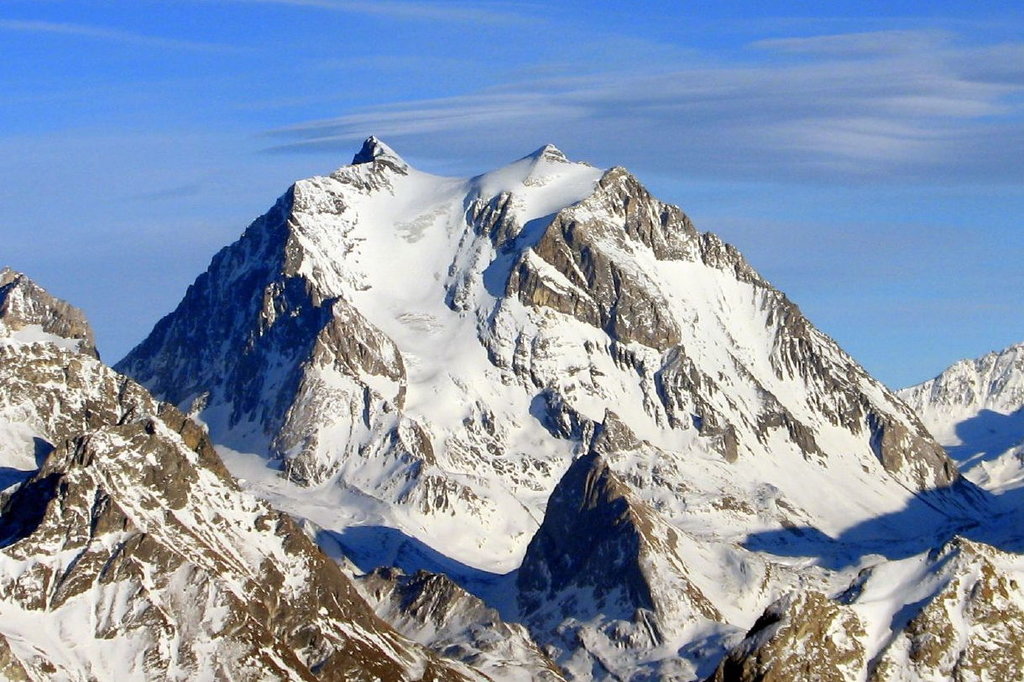 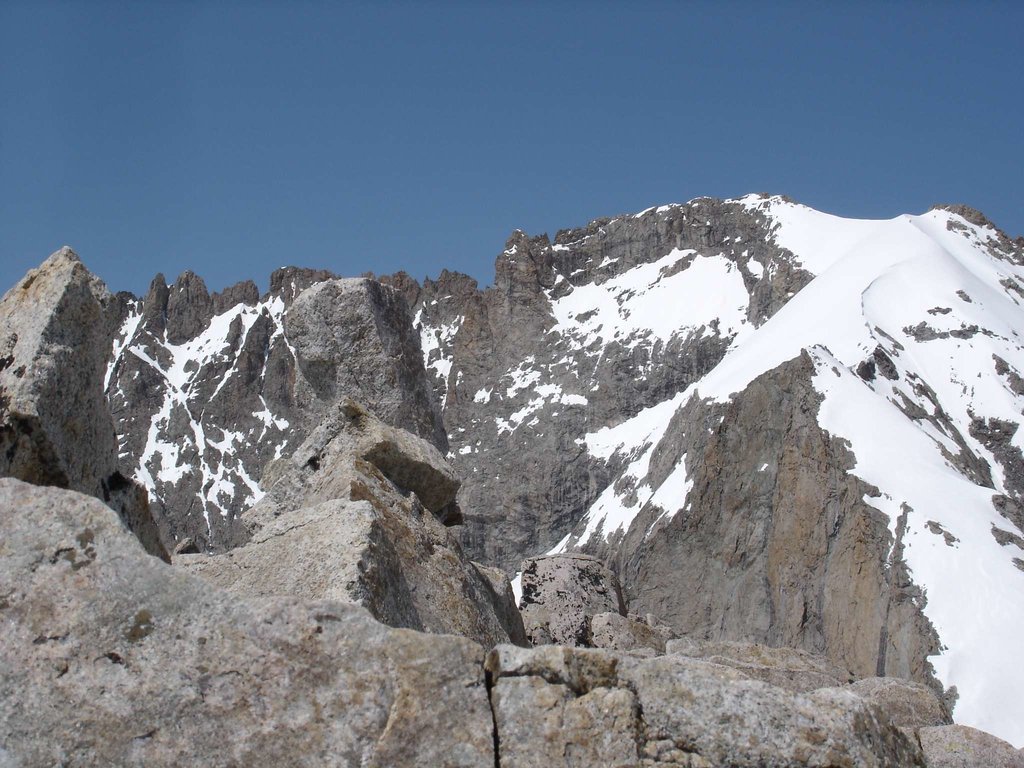 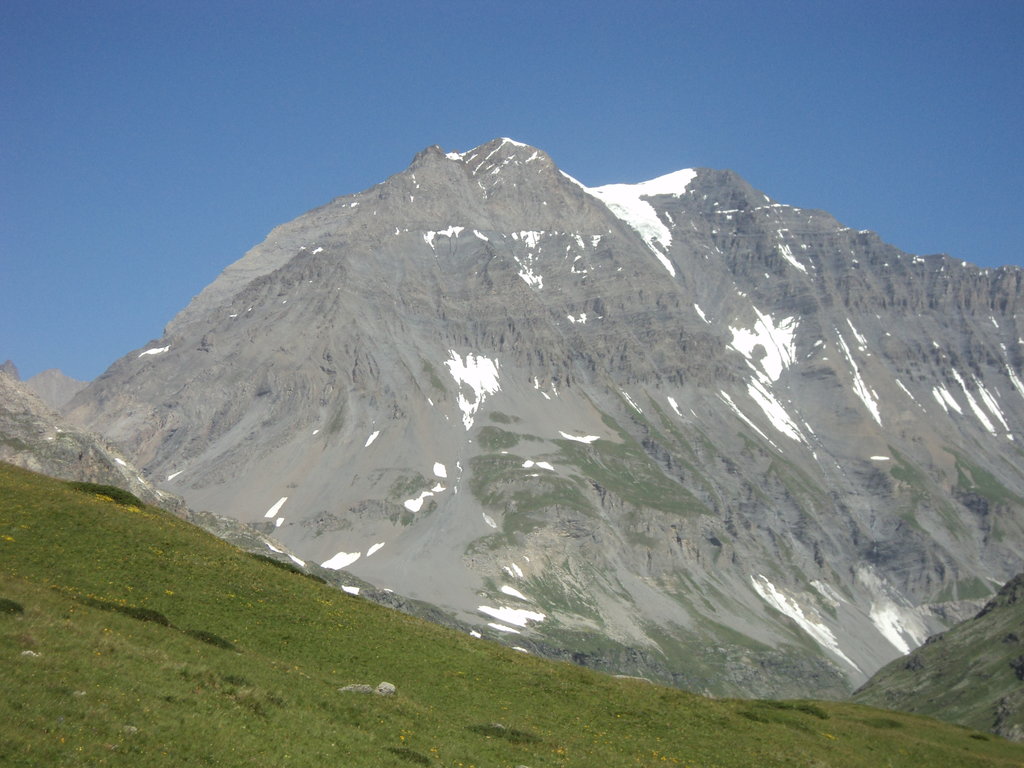 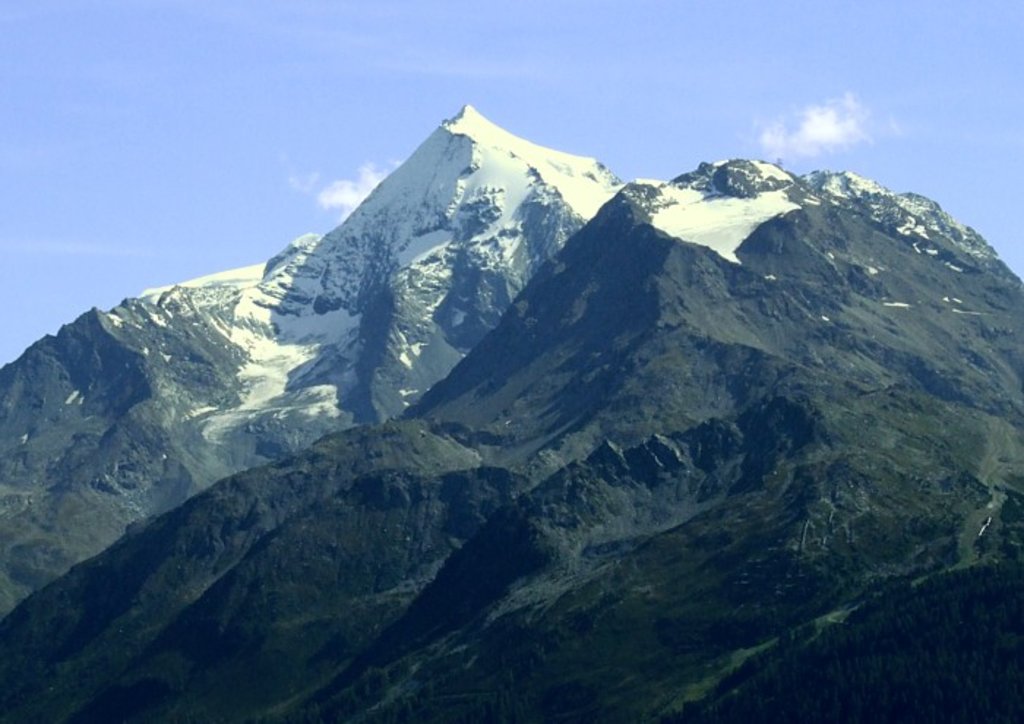 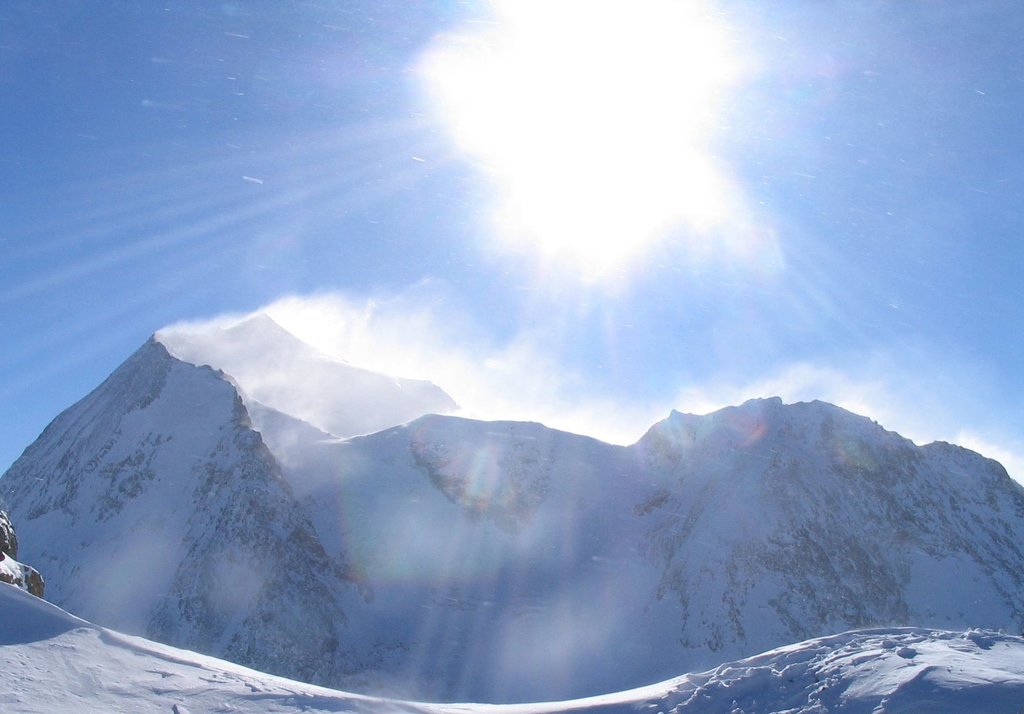 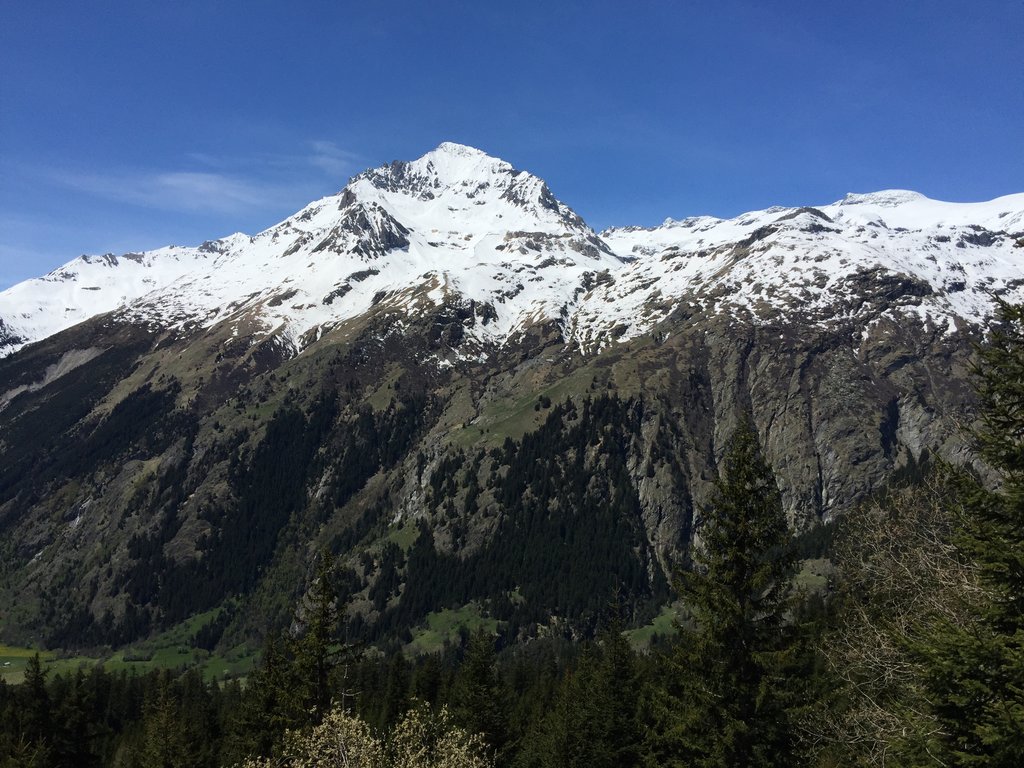