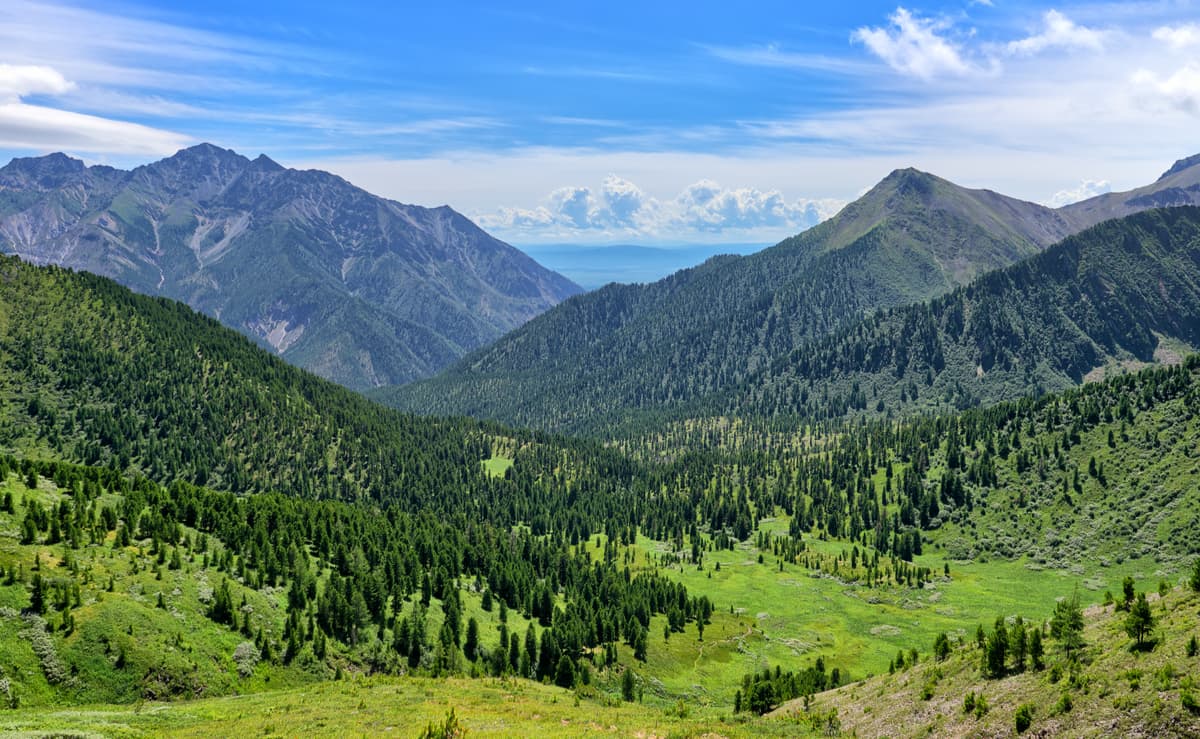 There are 127 named mountains in the Tunka National Park. The westernmost point of the park is Krilya Sovetov Peak (3,341m); it is also the highest peak in the park. The name means Soviet Wings, which relates to the sports community of the Soviet aviation industry. Krilya Sovetov is one of the peaks of the Munku-Sardyk massif - the highest mountain in the Eastern Sayan Mountains. The most prominent mountain is Strelnikova Peak 3,284m named after a border guard lieutenant Strelnikov who died in the Sino-Soviet border conflict in 1969.

The Tunka Valley and its Irkut river running down to Lake Baikal is the core of the national park. The valley is the continuation of the Baikal depression and boasts especially fertile soils. Being a natural corridor from Baikal to Mongolia, the area features traces of primeval inhabitants going back as far as 50,000 years ago. Some legends consider this area to be the Northern Shambala.

Two mountain ranges frame the valley - the younger and higher alpine-like Tunkinskie Goltsy (aka the Tunka Bald Mountains) in the north and the older and lower Khamar-Daban Mountains in the south.

The Tunka Range curves a little bit from west to east starting from the Irkut River where it separates the range from the Munku Sardyk massif. It is the easternmost subrange of the Sayan Mountains. The length of the range is about 160km, the width varies from 10km to 25km. There are many peaks higher than 3000m. Due to its resemblance to the Alps, the range is often referred to as the Tunka Alps or the Baikal Alps.

The Khamar-Daban is a mountain range about 180 km long composed primarily of schists and granites. Being one of the oldest mountain ranges on the planet, Khamar-Daban summits are modest, the highest peak is Utulikskaya Podkova (lit. Utulik Horseshoe) 2,396m high. Oftentimes Khan-Ula (lit. King Mountain) is confused for being the highest. The mountain range is remote and not well explored. In fact, some time ago Peak Cherskogo 2,090m - the most popular peak of the range among the tourists - was considered to be the highest.

Luckily, PeakVisor high precision 3D models and sophisticated math algorithms help to resolve all the hanging questions about the mountains all over the world.

There are also extinct volcanoes in the national park. Right at the foot of the Tunkinskie Goltsy, there are about 20 of them. They are relatively small and covered with dense shrubs and pines, thus from afar the mountain range might look like ordinary hills. They could be easily noticed on the way to a thermal spring resort Arshan. Volcanic activity was present quite recently, just a mere 10.000 years ago. So, ancient tribes and nomads of the region might have witnessed the formation of the youngest mountains (or rather hills) in the valley.

Legendary Shambala can’t be real without healing mineral water sources. Here are plenty of them treating all kinds of illnesses. Some of the mineral sources have been famous since the Russian Empire time (the first report is dated 1894). The largest and the most famous mineral spring resort is Arshan which has been in operation since 1920. In fact, arshan means “healing water”, “spring” in the local Buryat language. Nilova Pustyn’ is another mineral spring resort famous for radon-rich natural waters since the early 19th century. There are many other springs scattered all over the valley and nearby mountains.

There aren’t many hiking trails in the area because it is pretty wild. Recently improved road to the village of Mondy and farther to Mongolia can somewhat alleviate the feeling of being in a remote place but rest assured that you don’t need to walk far to find yourself in no man’s land and sink into pristine wilderness.

Numerous mineral springs help against uncountable illnesses, including infertility. But to find the true love one needs mountains. The only Love Peak in the world is reachable via a 5km trail from Arshan town centre. The trail isn’t simple as it involves a strenuous 1.5km elevation gain and swarms of pesky mosquitoes in the lower part of the trail. But hey, who said that Love could be conquered easily?! A legend says that one who summits the peak alone will find true love in the future, and those couples who summit the peak together will live happily ever after and stay together forever. If you don’t buy into that, then keep in mind that the views are spectacular no matter what.

Love Peak boasts breathtaking panorama of the whole Tunka Valley framed by the Khamar Daban mountains in the distance, as well as such gorgeous peaks of the Tunka Range as Trud (aka Labour) 2,868m, Trehglavaya (aka Threeheaded) 2,578m, and Bratchanka (lit. a girl from the town of Bratsk) 2,542m. Love Peak is arguably the most popular hiking trail in the region.

Interestingly, the next peak on the ridge is called Druzhba 2,500m meaning friendship in Russian language. Apparently, friendship is much harder and requires advanced climbing skills, especially if you listen to a Russian poet and singer Vladimir Vysotsky.

Another trail starting right from the town centre of Arshah. The trail goes along the Kyngarga river gorge and its numerous waterfalls (there are 12 of them). Depending on the floods, you might not be able to reach all of them. After heavy rainfalls which aren’t uncommon here, the trail and bridges are getting destroyed almost every summer.

Munku-Sardyk (3,491m) is the highest mountain of the Eastern Sayans. The Munku-Sardyk massif is comprised of many peaks of various altitudes: Krylia Sovetov, Leonova Peak,Pasmurnaya, Eskadrilya, Tykhen-Ardyn, Opasnaya, and several others. There are also several small glaciers on the Munky-Sardyk slopes.

The main ridge is the natural border between Russia and Mongolia. Visiting the area requires a special permit because it is located near the state border. It can be obtained in Irkutsk International Airport from the Baikal Border Guard.

There are several climbing routes to the summit of varying difficulties. From Russian side (northern) the ascent is possible until the end of May only. In summer time, only the easier Mongolian trails are available. For that purpose, tourists usually stick to Khuvsgul Lake basecamps.

The Nature Park Shumak in the Shumak Valley is a unique place. There are over 100 mineral springs in the valley, different in composition, acidity and effects on the body. That’s why it is also called the valley of 100 sources. But getting to the remote valley is an adventure on its own. It takes 2 days to cross the Tunka Range via Shumak Pass (2,760m) and reach the tourist base in the remote valley. There’s no other way to get there except a helicopter.

At the very edge of the national park right after the bridge over the White Irkut, there’s a religious camp dedicated to Buren-Khan - the lord of Munku-Sardyk. Here starts the trailhead to the Nukhu-Daban Pass. Before the dirt road was built in the 1980s, the trail was the main link connecting the Oka District to the rest of the Buryat Republic.

The legendary landmark of this trail is the mystical hole in the rock (Nukhu means “hole” in Buryat language). The hole is approximately 4 meters in diameter. A legend says that indigenous hero Geser-Khan used his arrow to make a straight path through the rock while pursuing a silver fox.

The higher you follow the old trail, the better the views of the Munku Sardyk and other Eastern Sayan peaks are.

You can visit the official website of the park for more information.

Most of the trips to the region start in Irkutsk which has an international airport and regular flights to major Russian cities and some foreign as well. From Irkutsk, it takes 2-3 hours to reach Arshan or any other village in the Tunka Valley. Conveniently, many hotels in the area allow advanced bookings through Booking.com.

Arshan is the largest resort in the national park with the oldest history of serving tourists in the region. There are many hotels of varying quality and price level. Located in the central part of the Tunka Valley at the very foot of the Tunka Goltsy, the village boasts of healing mineral springs, trailheads start right at the village bus station. It is worth mentioning that oftentimes hotels have really good restaurants offering delicious dishes of local Buryat cuisine. Buzy (a kind of meat dumplings) are a thing to try for sure! All those make Arshan a great basecamp for venturing into national park excursions. 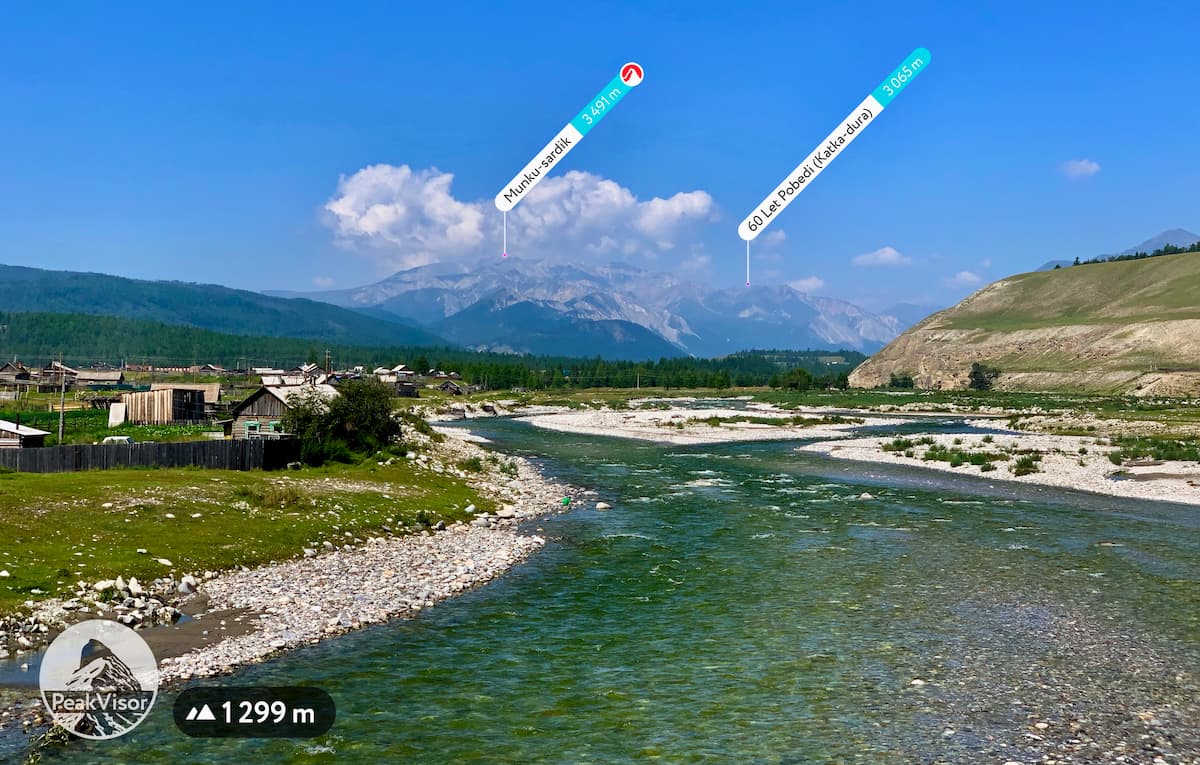 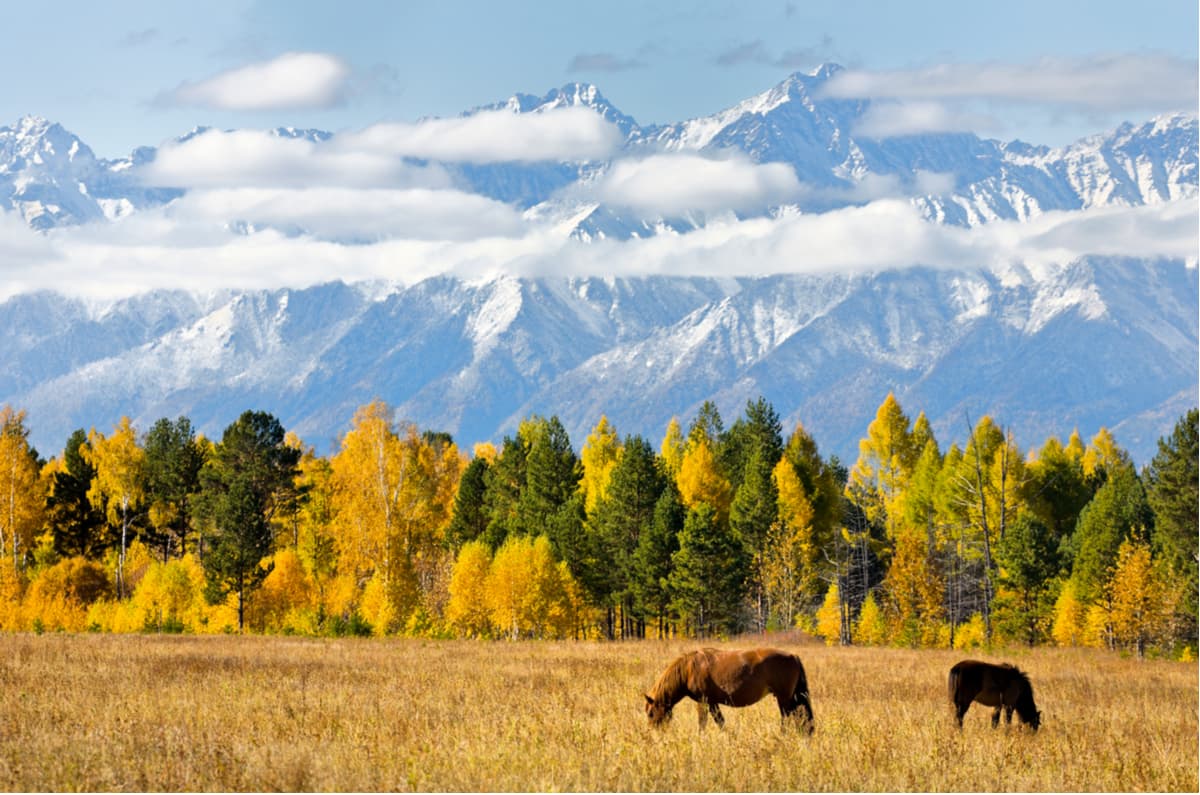 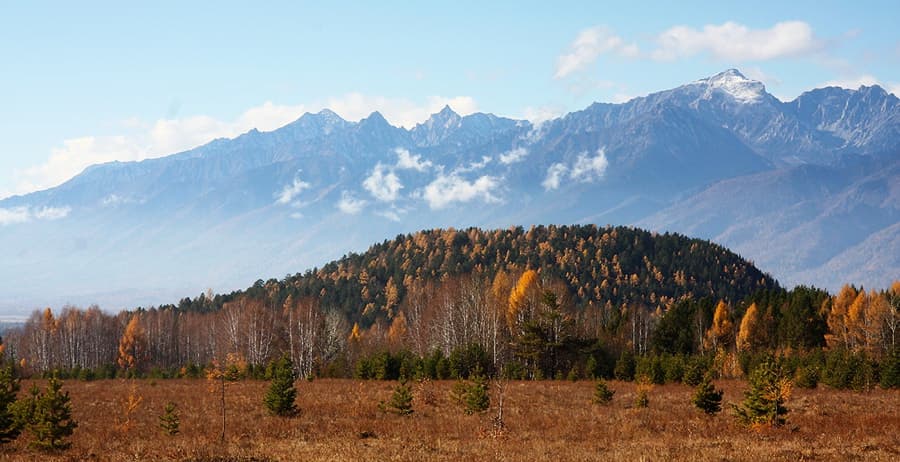 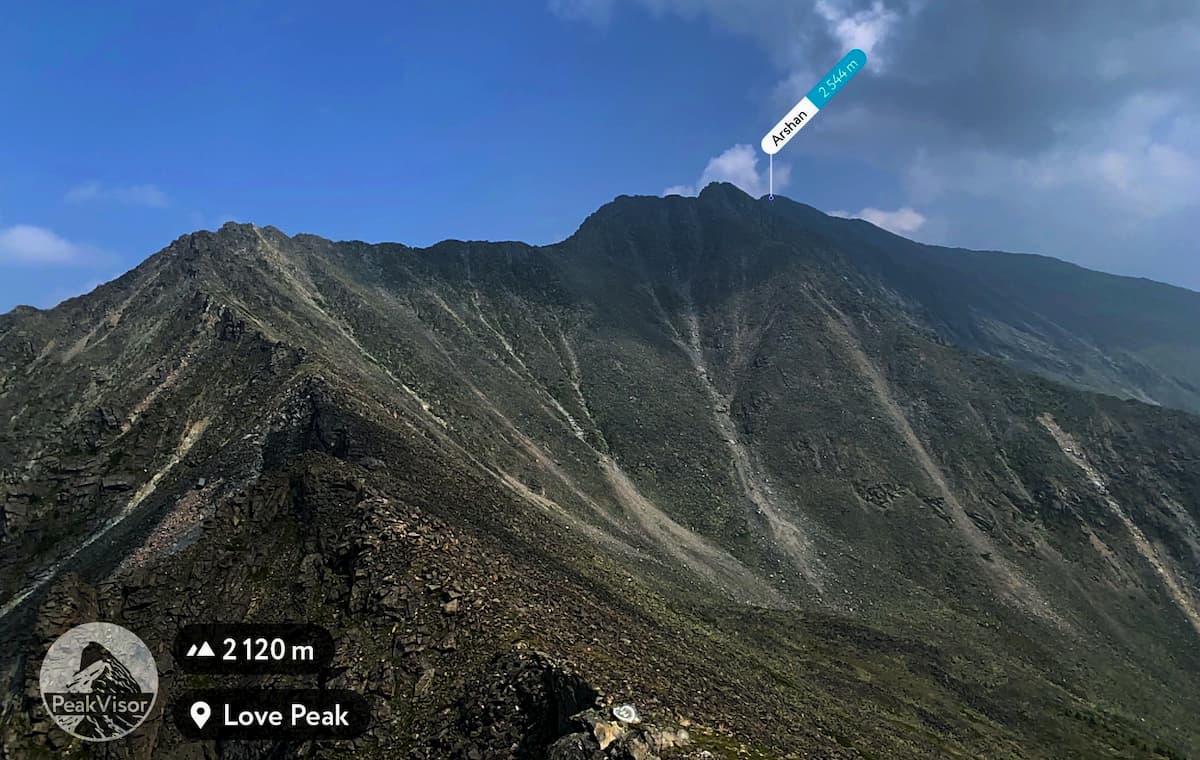 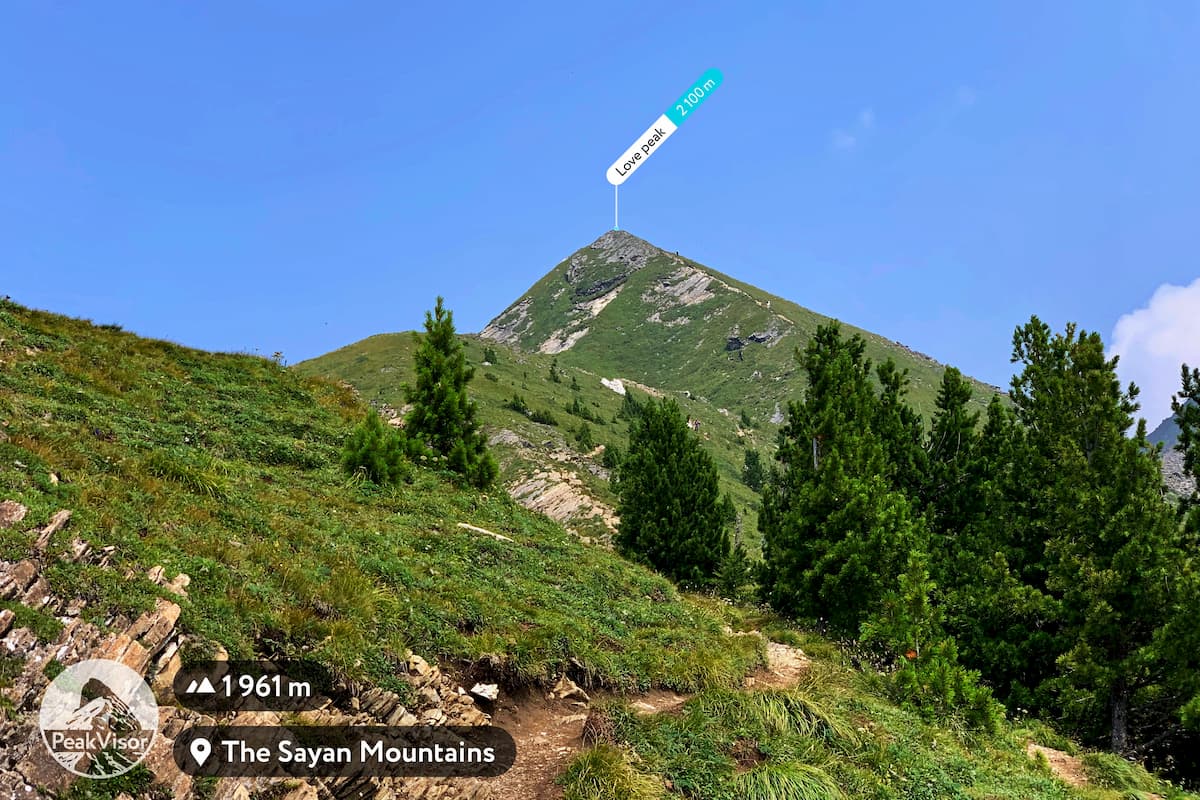 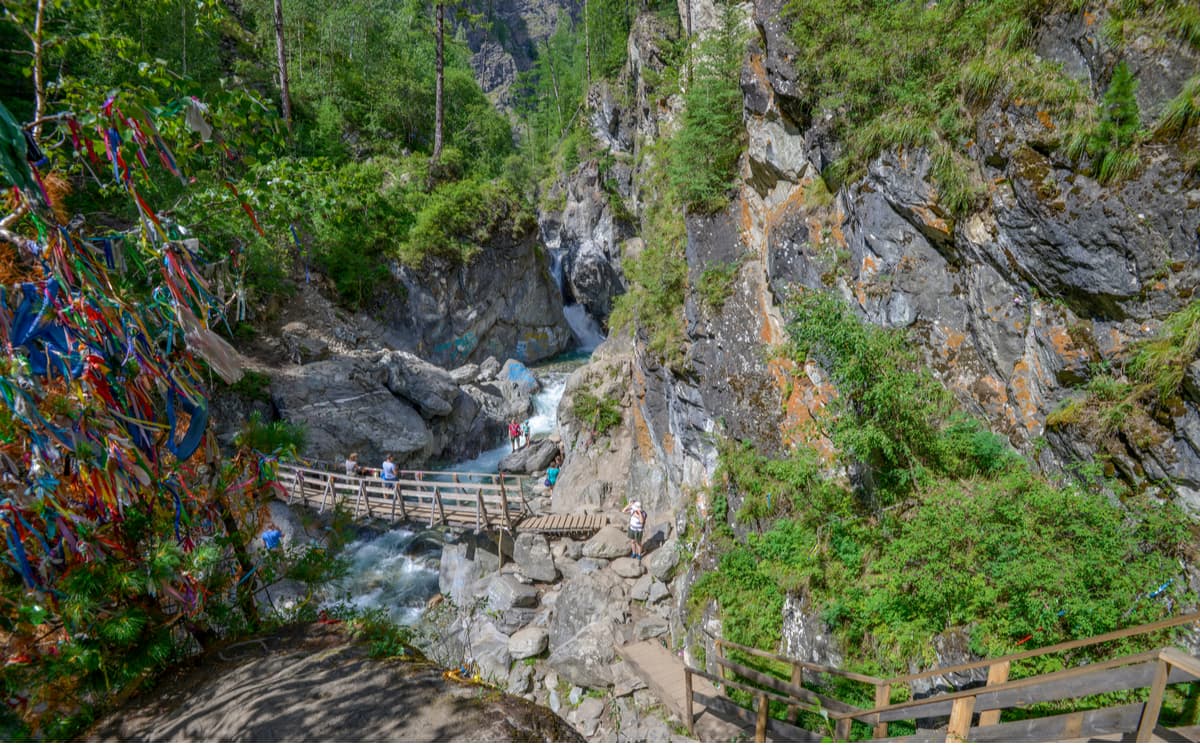