Tiger Mountain State Forest is a ridge located in the western foothills of the Washington Cascades, just east of Seattle. The forest spans 13,734-acres forming a triangle between Interstate 90 (1I-90) on the north, Issaquah-Hobart Road on the southwest, and State Route 18 (SR 18) on the southeast. In 2009, 11,200 acres were purchased to its south, which included Rattlesnake Mountain, and became known as Raging River State Forest. 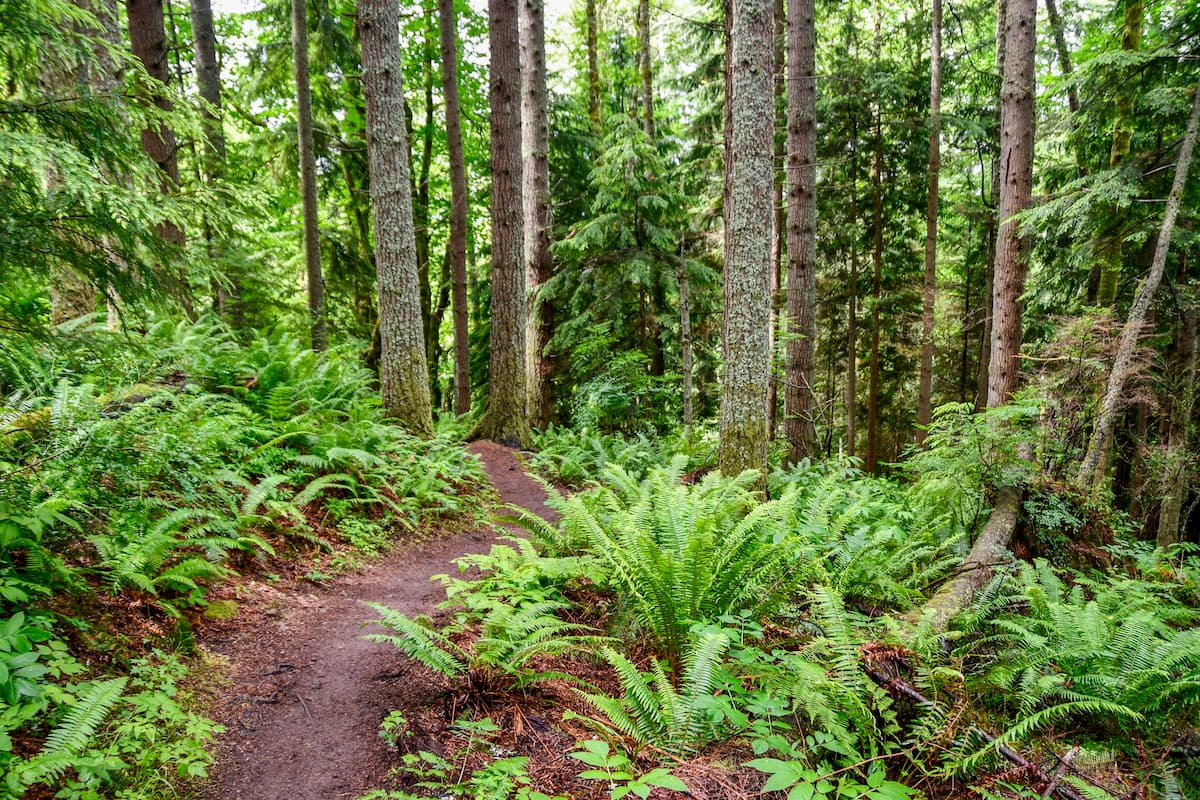 Tiger Mountain State Forest is one the most heavily trafficked forests in the entire state being located so close to Seattle. The forest has over half a dozen trails that lead to the top of one of the many peaks as well as numerous trails that traverse sections of the forest. The forest is known by locals for its accessibility, lush landscape, hiking, running, and mountain biking trails.

True to its name, this trail follows the old cable line. A steep climb with over 2,000 feet elevation in just 1.5 miles, bringing you to the summit of West Tiger 3. Locals often use this short hike to train for longer mountain adventures due to its steep incline. Driving east from Seattle, take exit 20 off I-90. Turn right onto the road running parallel to the interstate. In 0.5 miles the road ends at a gate and you will see the Cable Line Trailhead on your left.

One of the most trafficked hikes within the forest, Poo Poo Point is 7.2 miles roundtrip with 1,858 feet of elevation gain. Once you reach the summit, you’ll find a small grassy knoll which provides views of Issaquah as well as Lake Sammamish in the distance. Driving east from Seattle, take exit 17 off I-90. Follow Front Street through downtown Issaquah and you will arrive at the trailhead 2.8 miles from the exit.

A 15.2-mile point to point trail with 2,360 feet of elevation. This trail passes through many of the high points within the forest. The trail runs from the north end of the forest, near I-90, to the south end, by SR 18. Driving east from Seattle, take exit 17 off I-90. Follow Front Street through downtown Issaquah. Front Street turns into Issaquah-Hobart Road. 8.5 miles from the exit, turn left onto Tiger Mountain Road SE. Continue for 0.2 miles and look for parking along the left side of the road. The trailhead will be on your right.

With a population of over 30,000, Issaquah is the closest town to Tiger Mountain State Forest. Located at the northwestern end of the forest, just off I-90, this quaint mountain town is perfect for a pre hike coffee or post hike feast. Staying in town will ensure that you are just a few minutes drive to many of the major trailheads.

The most iconic and populated city in the state of Washington, Seattle is located 17 miles west of Tiger Mountain State Forest. While Seattle is known for being a rainy city, don’t let that deter you. Surrounded by lush forest, the Puget Sound, and views of Mount Rainier, Seattle has something to offer all of its visitors. Take a trip to Pike Place Market, stop by the original Starbucks location, visit the Space Needle, or swing by one of the city’s 174 breweries. Staying in Central Seattle, just east of I-5, will ensure that you’ll have quick access to the state’s major highways. 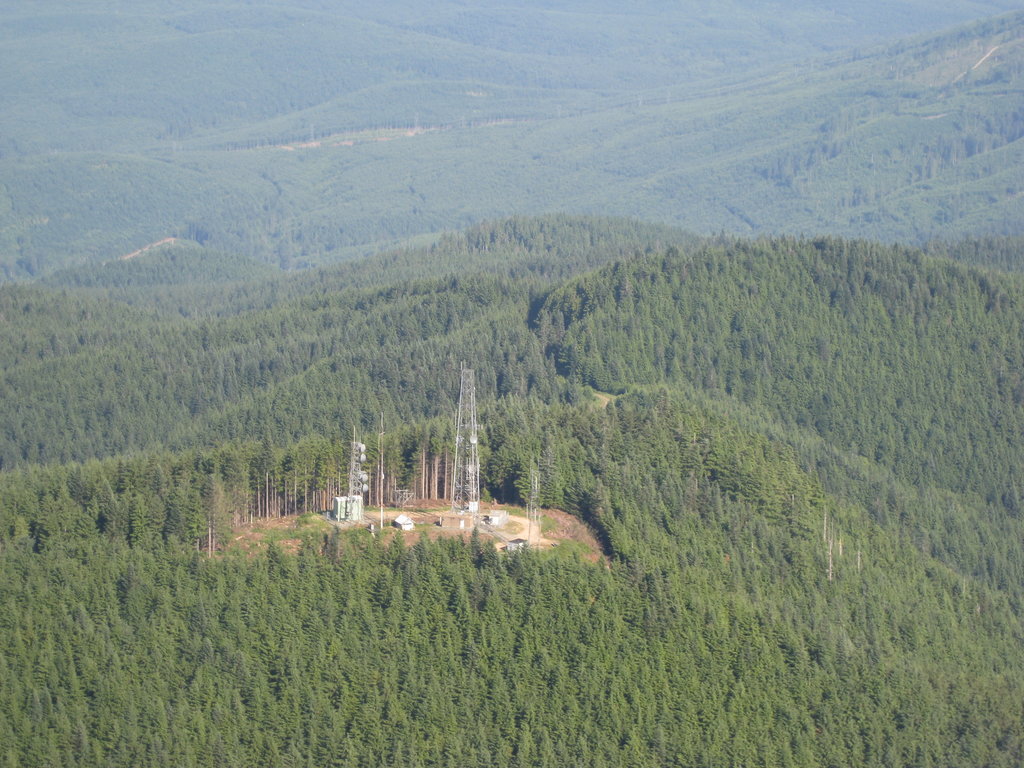 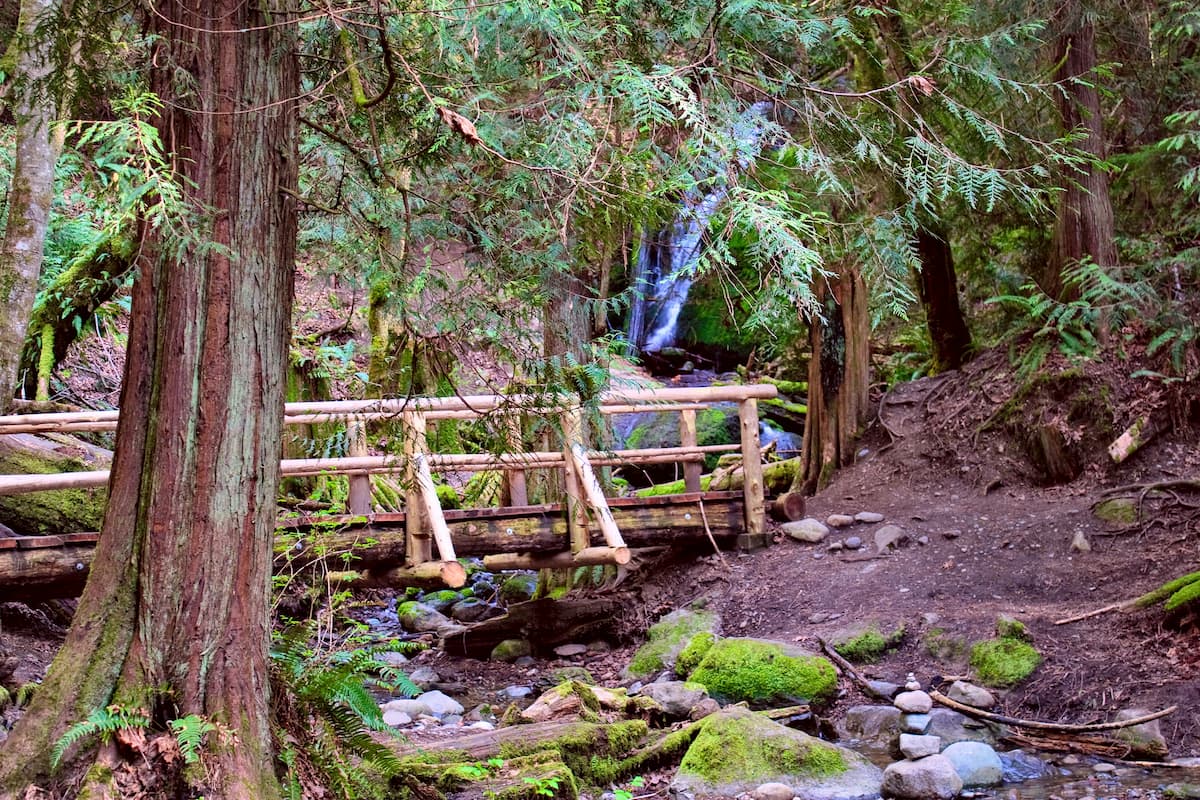