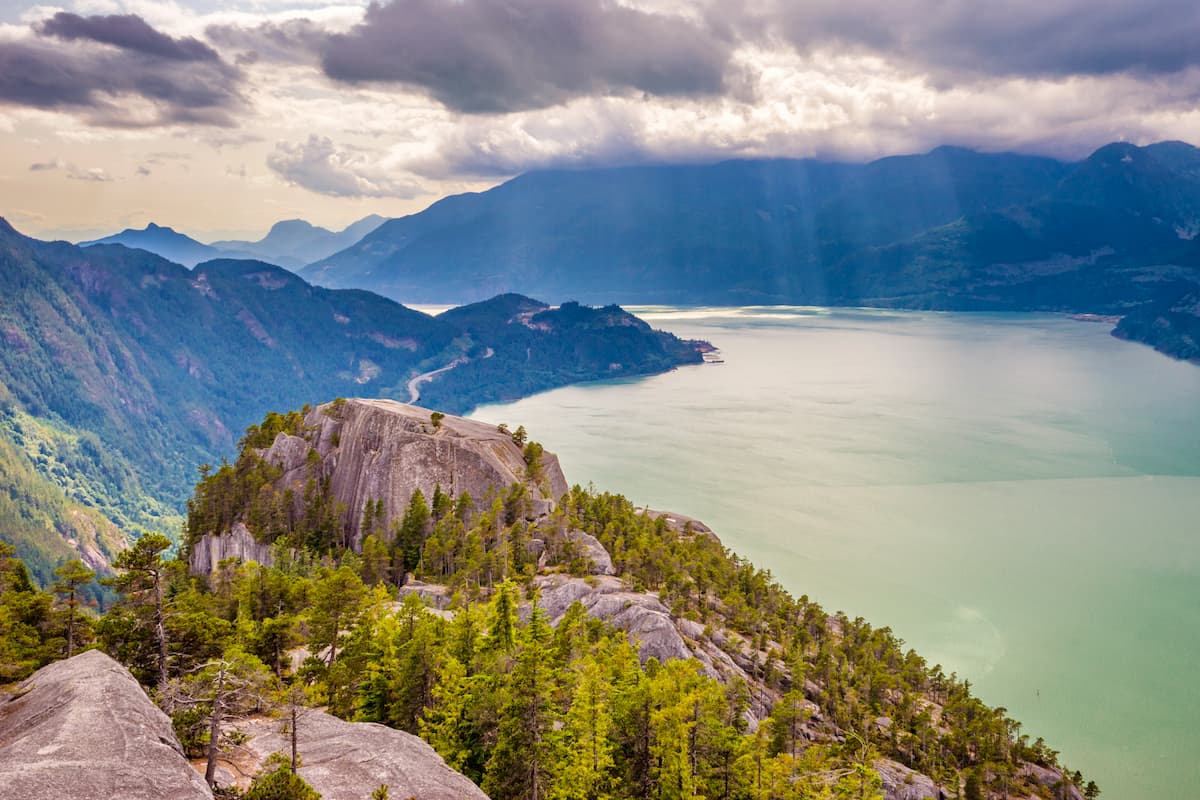 The park is primarily used for hiking and rock climbing along the rugged cliffs. The Stawamus Chief dome is one of the largest granite monoliths in the entire world. The unique nature of the rock provides an optimal nesting habitat for the Peregrine Falcon. Like much of British Columbia, the park is home to many black bears. Though the bears and falcons are often used to seeing humans, it is important to always keep your distance when spotting wildlife.

This trail is one of the most classic hikes along the Sea to Sky Corridor of British Columbia. This massive cliff is divided into three distinct peaks, all accessible from the main Stawamus Chief Trail. The first peak is the short hike though the trail is still quite steep. Totaling 4 km roundtrip, the summit of the first peak offers expansive views of Howe Sound below. The second peak is the largest viewpoint of the three summits and totals 5km roundtrip. From here hikers can take in the views of Howe Sound, the city of Squamish, the peaks of Garibaldi Provincial Park, and the other two peaks on the cliff. Lastly, is the third peak which is the summit of the cliff. From the second peak, hikers pass over the North Gully which offers views of Mount Garibaldi, Squamish, and Howe Sound. To reach the third peak totals 7km roundtrip. Though the hike does not require any technical gear, the steep trail can be quite difficult and dangerous due to the steep incline and frequent drop-offs.

This 6 km hike has 2,076 feet of total elevation gain. Starting in Squamish, this trail takes you to the summit of Slhanay Peak. The viewpoints along the trail include Howe Sound, Squamish, along with the mountains and valleys stretching to the north. The trail is quite steep and less visited than nearby Stawamus Chief Trail.

Located 35 minutes north of Squamish, Whistler is a resort town located in the mountains. It is home to Whistler Blackcomb which is one of the largest ski resorts in North America. The town only has 13,000 residents but is busy year-round with tourists. Despite being known for the ski resort, the town is almost equally as popular in the summer months for hiking and mountain biking. Take the gondola to the top of the mountain and hike from there, or explore the numerous nearby glacier lakes. 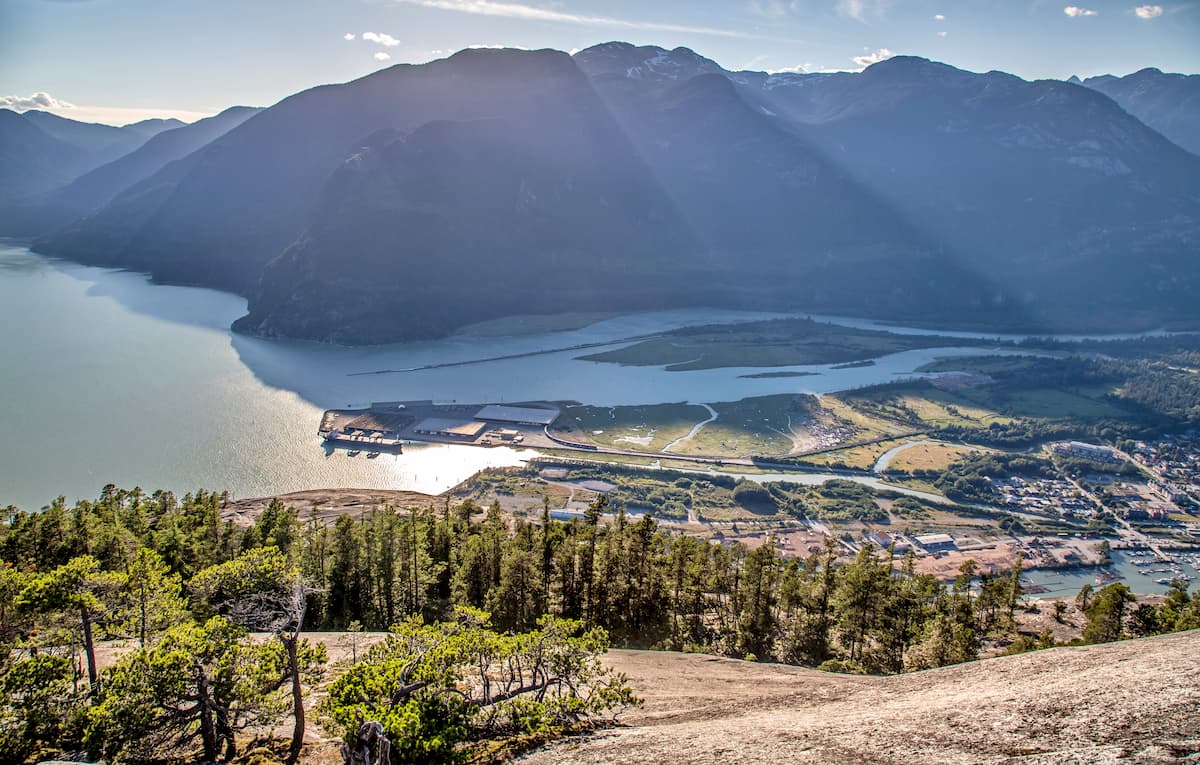 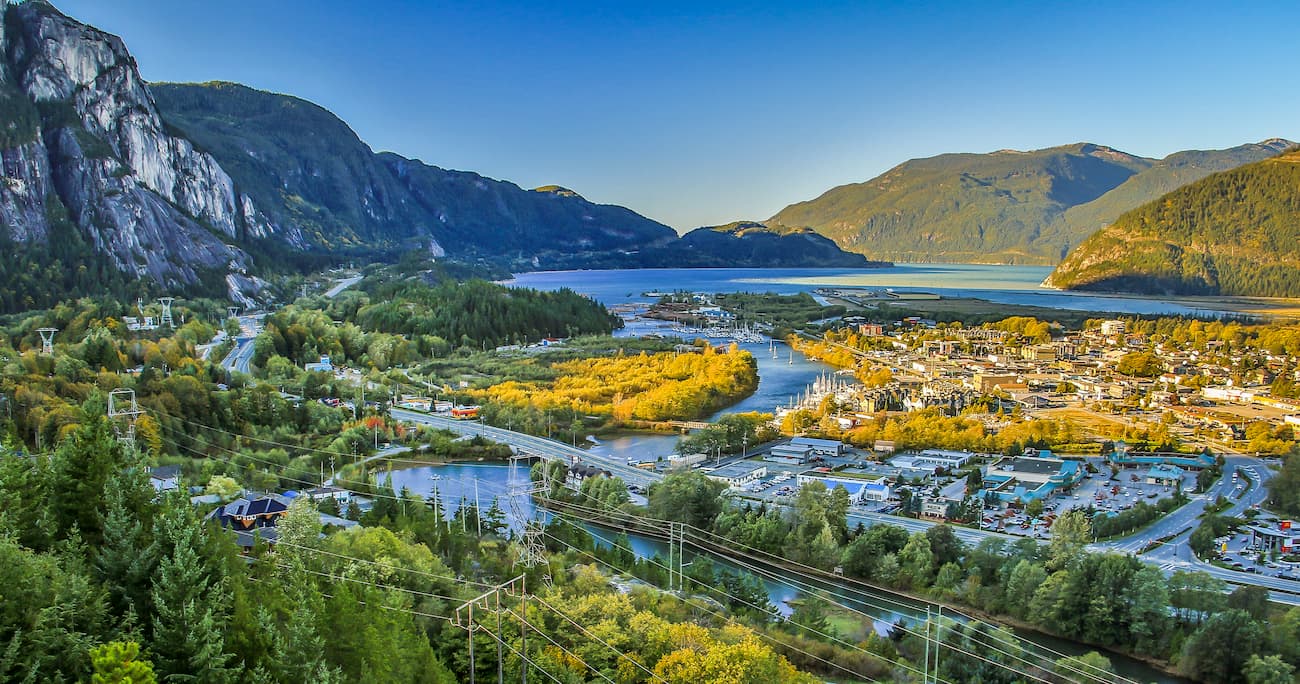 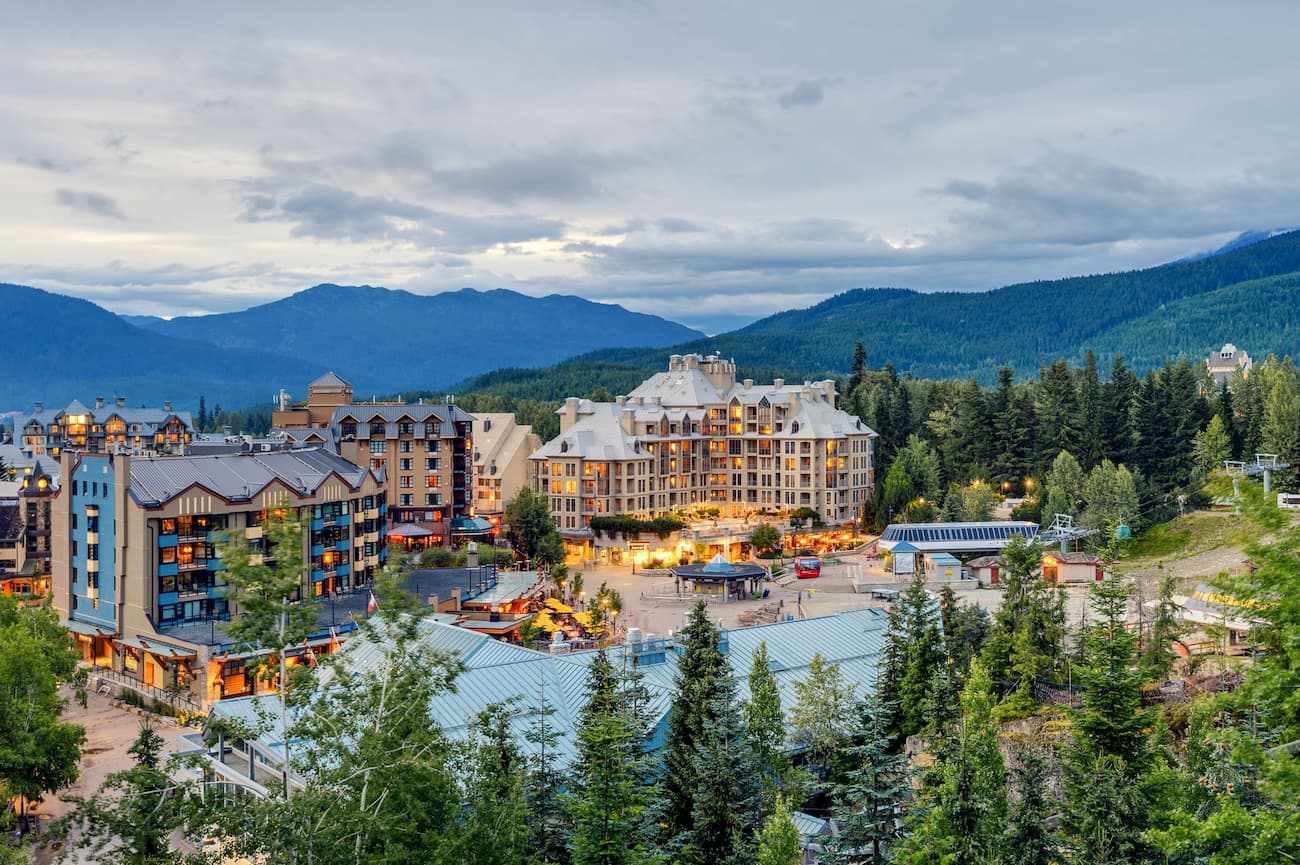 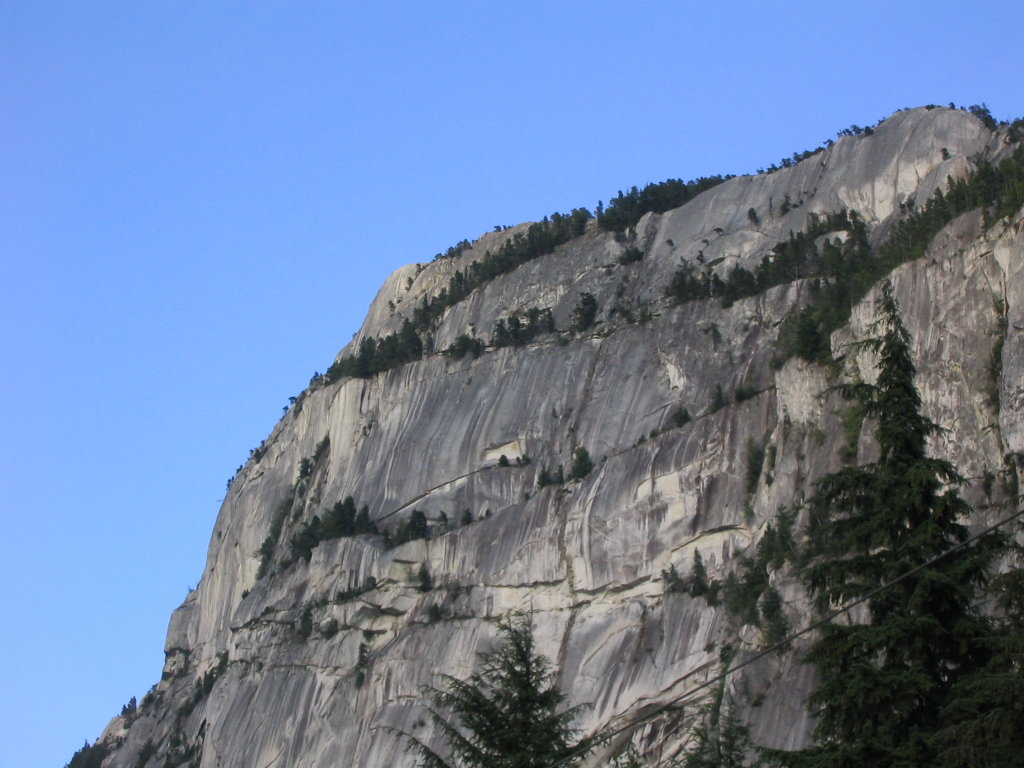 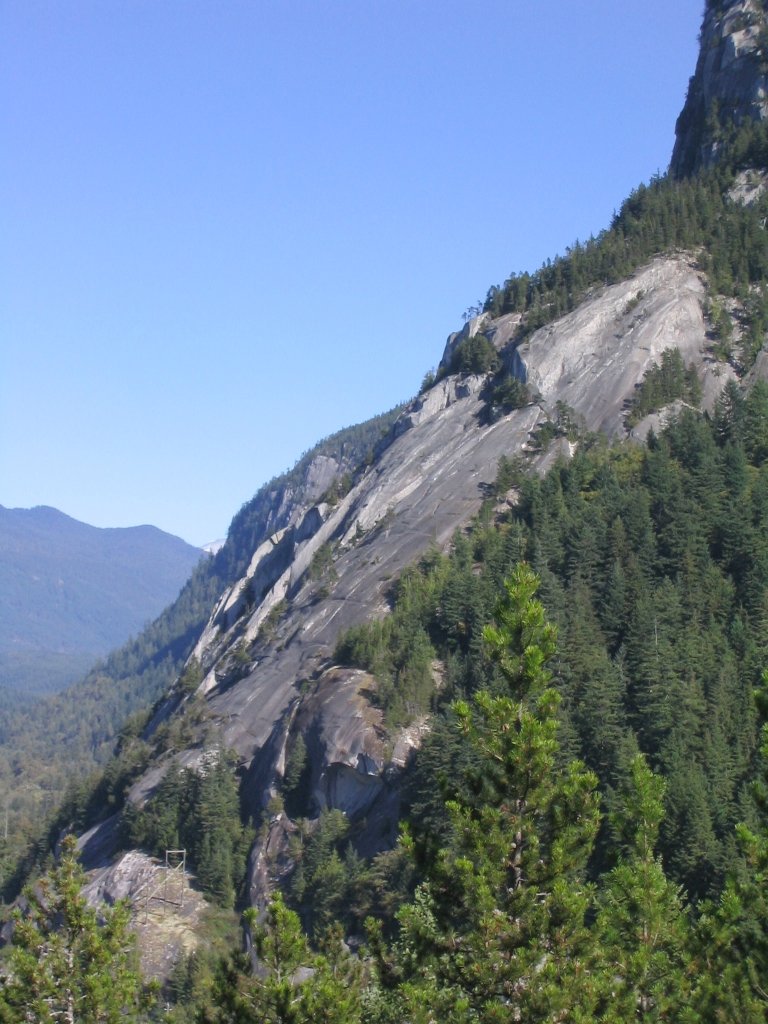 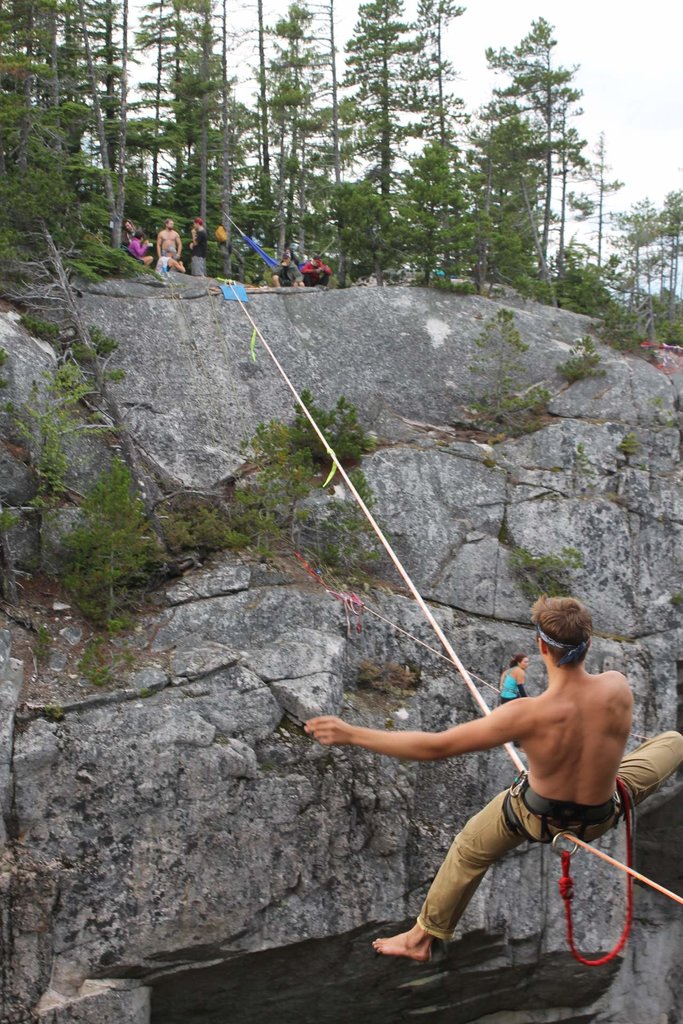