Parque Nacional de la Sierra de Agalta is a national park located in eastern central Honduras in Central America. It was established back in 1987 and today covers 80 square miles across the country. The park is located within the Olancho region, near the city of Gualaco. Just to the east of the park lies the Rio Platano Biosphere Reserve that spans 1.3 million acres across Honduras. 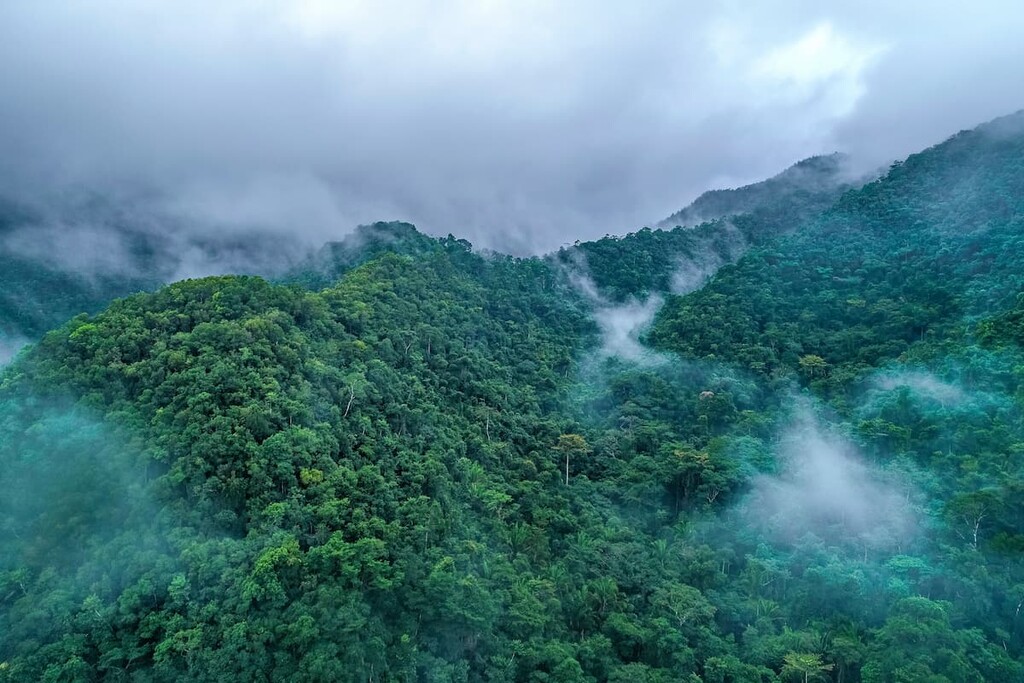 There are 13 named mountains in Parque Nacional de la Sierra de Agalta. The highest and the most prominent mountain is 2304, standing at 7,566 feet with 4,606 feet of prominence. Much of the park comprises the Sierra de Agalta mountain range. The remoteness of the park allows the flora and fauna to flourish in the cloud forest atmosphere. Amongst the cloud forest live anteater, puma, collared peccary, howler monkeys, and various other species.

The main attraction of the region is La Picucha. Hikers can climb to the summit for expansive views of the cloud forest below them. The mountain is the fourth tallest peak in the country, thus providing impeccable views of the surrounding wildlife. The small city of Gualaco is the local spot to find in depth information of the wildlife, hikes, and history of this small national park. Along the boundaries of the park are offices for the local environmental group known as Grupo Ecologista de Olancho, who work to protect this land and other regions in Honduras.

La Picucha: La Picucha stands out amongst the Agalta Mountain Range in the Parque Nacional de la Sierra de Agalta. While the views from the summit are breathtaking, the route is no short hike. The well-marked trail through the forest often takes hikers three-5 days, depending if they take any detours along the way to other hikes. It is recommended that hikers hire a local guide for this long excursion. Dwarf vegetation dominates the upper landscape with dense forests and rugged root systems. On a clear day, hikers have views of Pico Bonito in the distance, as well as the Mosquitian jungle lying to the east.

El Carbon: The small community of El Carbon, comprises an indigenous group of about 900 people. The community is working to protect their region as an ecotourism preserve. From here, hikers have options of exploring the pre-Hispanic ruins of the area, led by a local guide, or taking an overnight trek up to La Cascada. This waterfall stands at over 100 feet tall, cascading down the mountain into swimming pools below.

Susmay Caves: The trail to these unique caves, offers hikers a diverse landscape throughout. The route goes through a cattle field before entering the dense forest, and eventually reaching the caves. Crystal clear water runs through much of the intricate cave maze. Because much of the cave system is unmarked, it is heavily recommended that hikers have an experienced local guide for both exploring and snorkeling in the deep waters.

Located on the border of the Parque Nacional de la Sierra de Agalta lies the city of Gualaco. The city has a population of 23,000 and is home to a small airstrip that allows tourists easy access to the surrounding region. Gulaco is made up of coniferous forests, high mountains, and steep slopes that surround the fertile plains. Similar to the surrounding national park, the city is home to a variety of wildlife though species such as puma and jaguar have diminished in recent decades.