There are 36 named mountains in the Nature Reserve de Sixt-Passy. Pic de Tenneverge is the highest point. The most prominent mountain is Tête à l'Âne.

The Nature Reserve de Sixt-Passy was created in 1978 in the Giffre Massif. It is located in the Haute-Savoie and covers 9200 hectares making it the largest in the region. The altitudes range from 900m to 3,096m, the natural environments are diverse (cliffs, alpine plains, forests and glaciers) with a wonderful selection of flora and fauna. 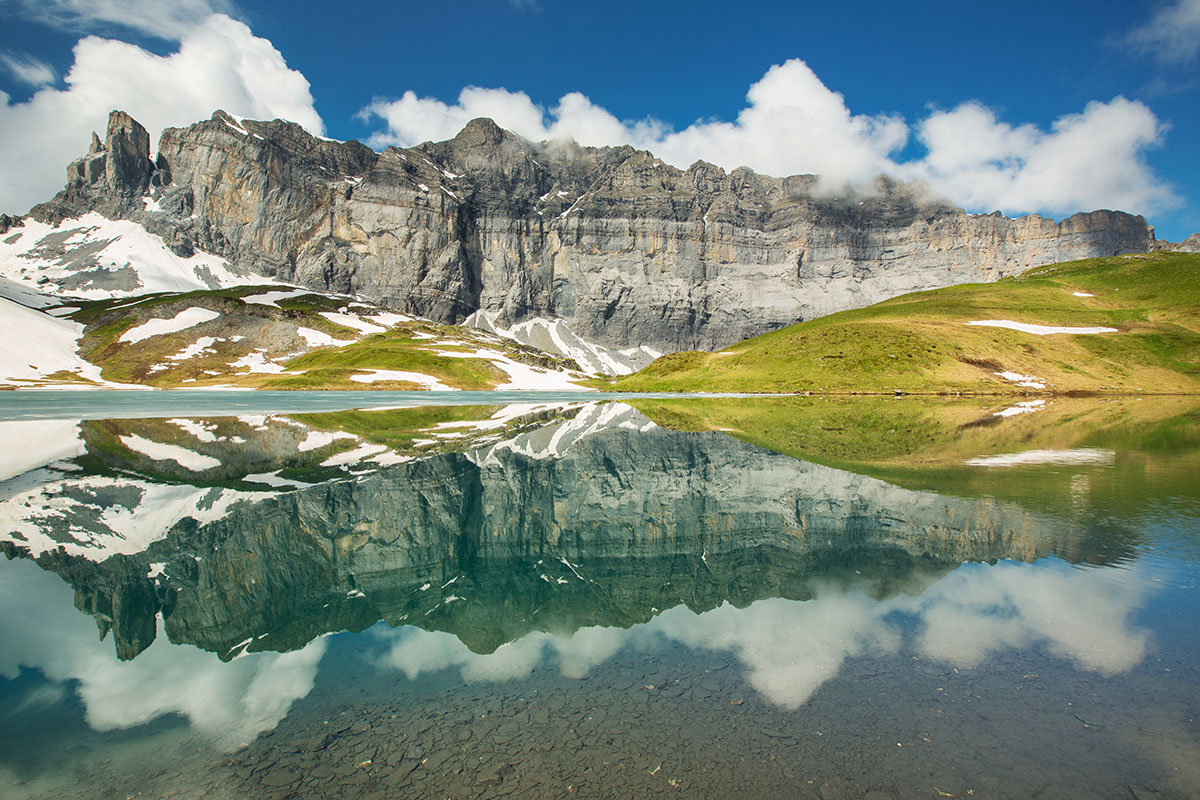 The reserve spreads across the communes of Passy and Sixt-Fer-à-Cheval. As a result of this, prior to its construction, there was strong opposition from the locals out of fear they would lose their rights to the land. It wasn’t until 3 years after the successful creation of the Aiguilles Rouges nature reserve in 1974 that Sixt-Passy was opened.

The Sixt-Passy Nature Reserve consists exclusively of limestone, with a wide variety of forms shaped by erosion: cracks, limestone pavements etc. There is one of the most beautiful examples of karst erosion in Europe, a topography formed from the dissolution of soluble rocks. There are all kinds of splines, channels and cutting blades which general direction corresponds to the direction of the water. The reserve covers the mountainous, subalpine, alpine, and nival levels of the river Giffre which originates from Mont Ruan across the border in Switzerland.

From the forest areas to the highest peaks, about 800 plant species have been found in the reserve, including 28 species of orchids. The Sixt forest is dominated by beech and spruce trees. In the alpine plains and pastures, there are plants well-adapted to the high altitude and cold winters. One of the most noteworthy species is that of the Blue Thistle of the Alps.

The fauna is equally diverse, there is Ibex, Chamois, Marmot and Golden Eagle among the animals which prosper in the reserve. The reserve is also home to many black salamanders who live alongside the river Giffre.

There are many hiking trails which span across the nature reserve, including that of the GR 5 starting in the Netherlands, crossing Belgium and Luxembourg before traversing France from north to south. This trail is famous for its route in the French Alps from Lake Geneva to Nice, named the Grande Traversée des Alpes.

The association of the Friends of the Nature Reserve de Sixt-Passy aims at making the nature reserve better known and appreciated. They seek to establish strong links between people and the mountain. Throughout the year they offer nature outings, guided walks, conferences, and workshops for school children.

One of the best hikes in the region that allows you to take in the beauty of the Reserve starts at the Châlets de Frénalay. The hike takes you from 935m altitude up to Le Lac de la Vogealle at 2,000m. The trail takes you past the Châlet du Boret after around 4km of hiking. After going beyond the Châlet, the gradients become steeper as you work your way to the lake and also the Refuge de la Vogealle at 2,000m. Here you can either stay the night at the altitude or head back down the mountain. Whatever your choice is you are guaranteed breathtaking views of the impressive Pic de Tenneverge (2989m) on the other side of the valley. The total distance is 14km with over 1000m of vertical elevation. This climb is best suited to intermediate to experienced hikers, however, there is an opportunity of turning back after the Chalet du Boret at 4km for a much easier hike. 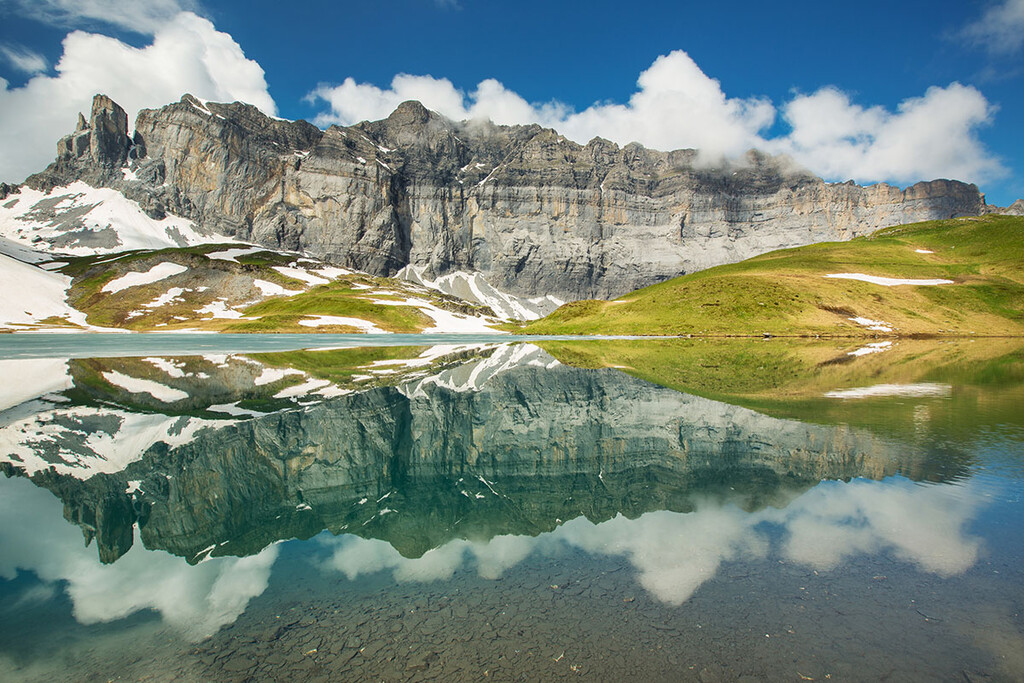 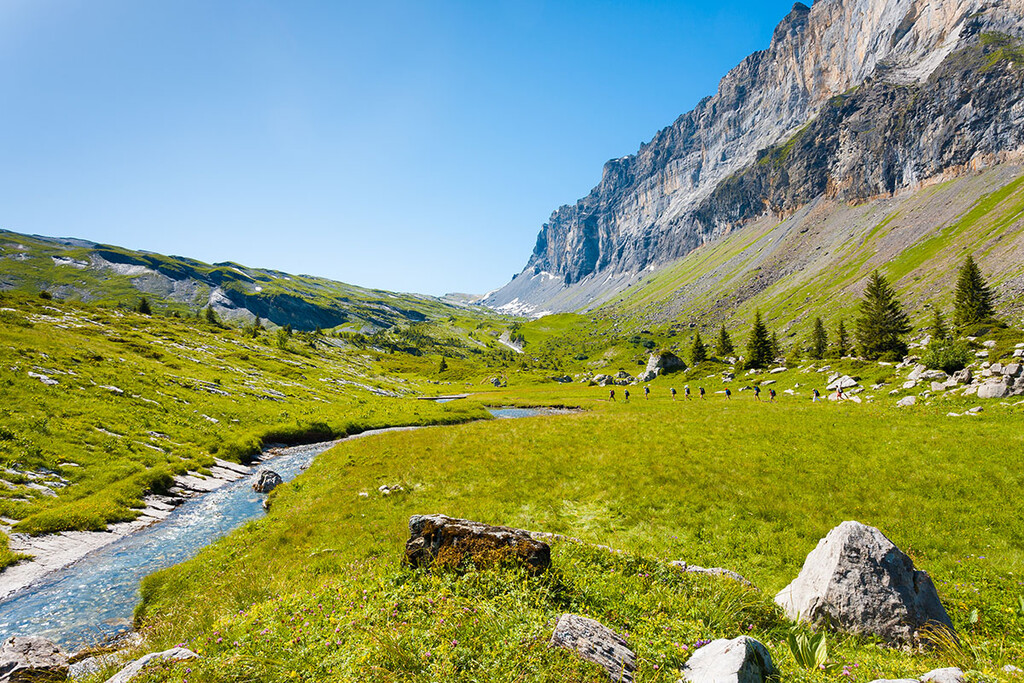 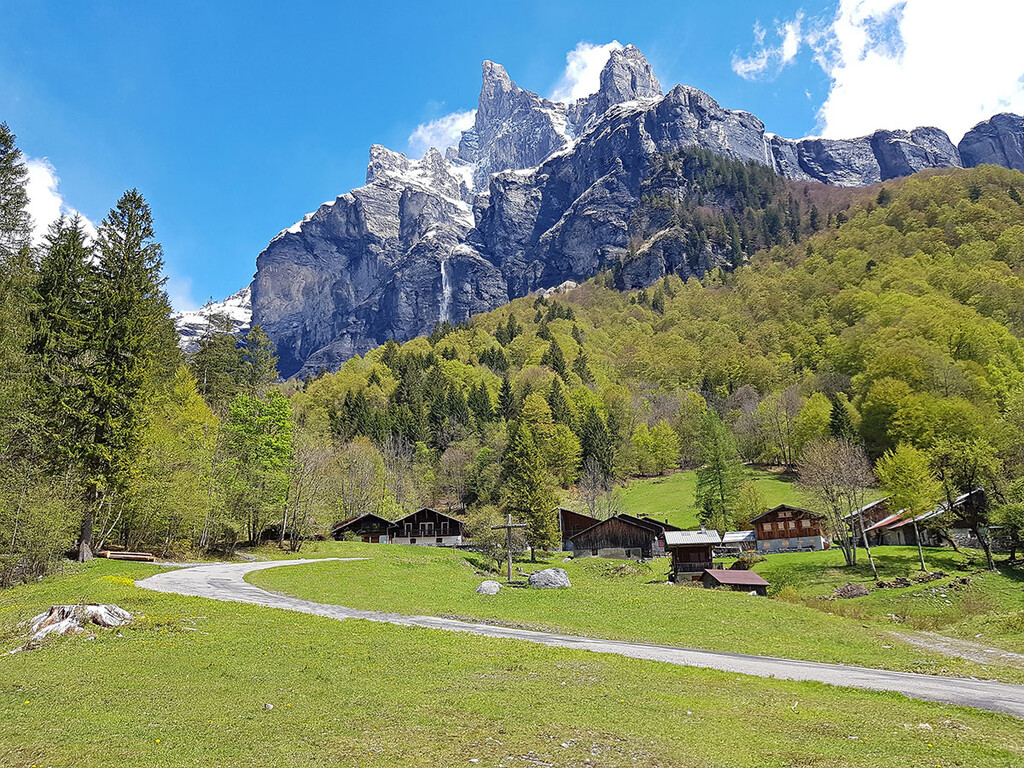 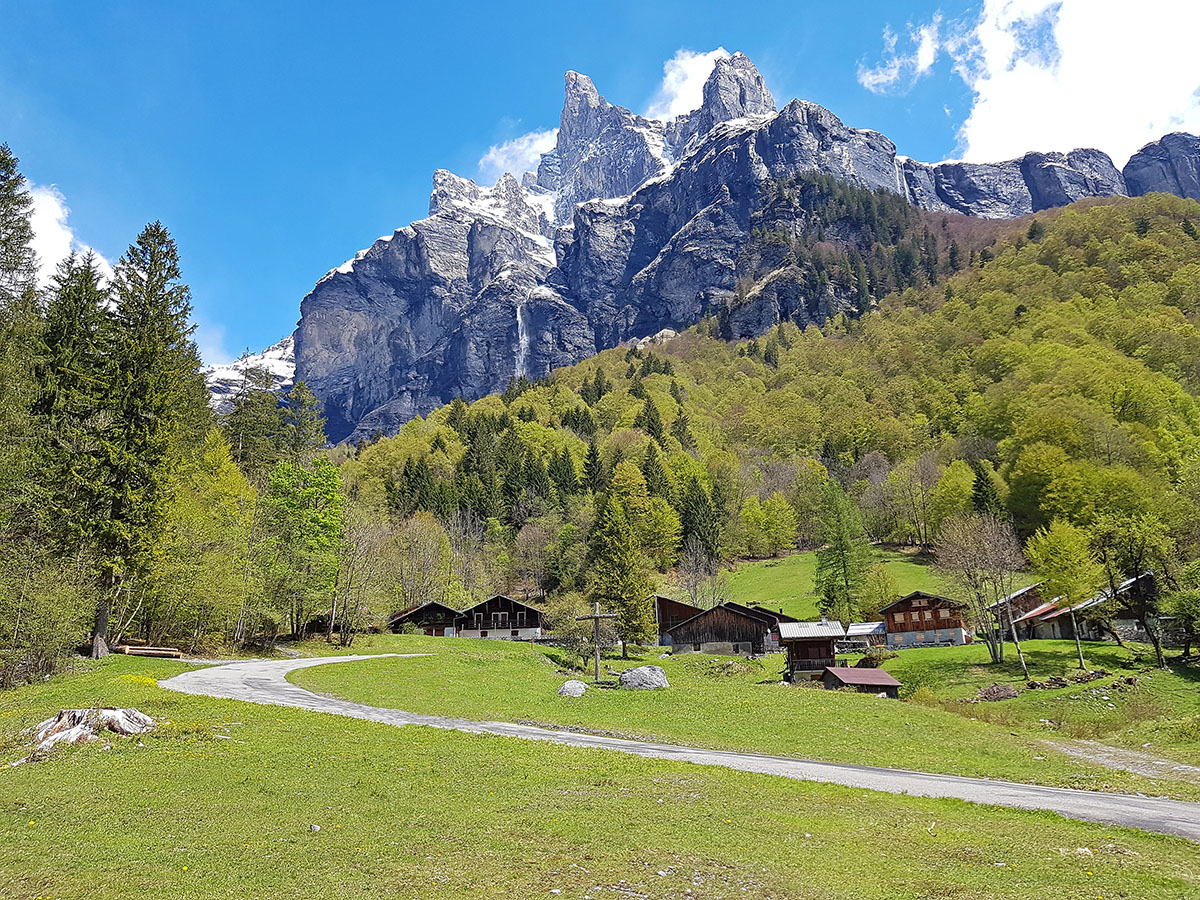 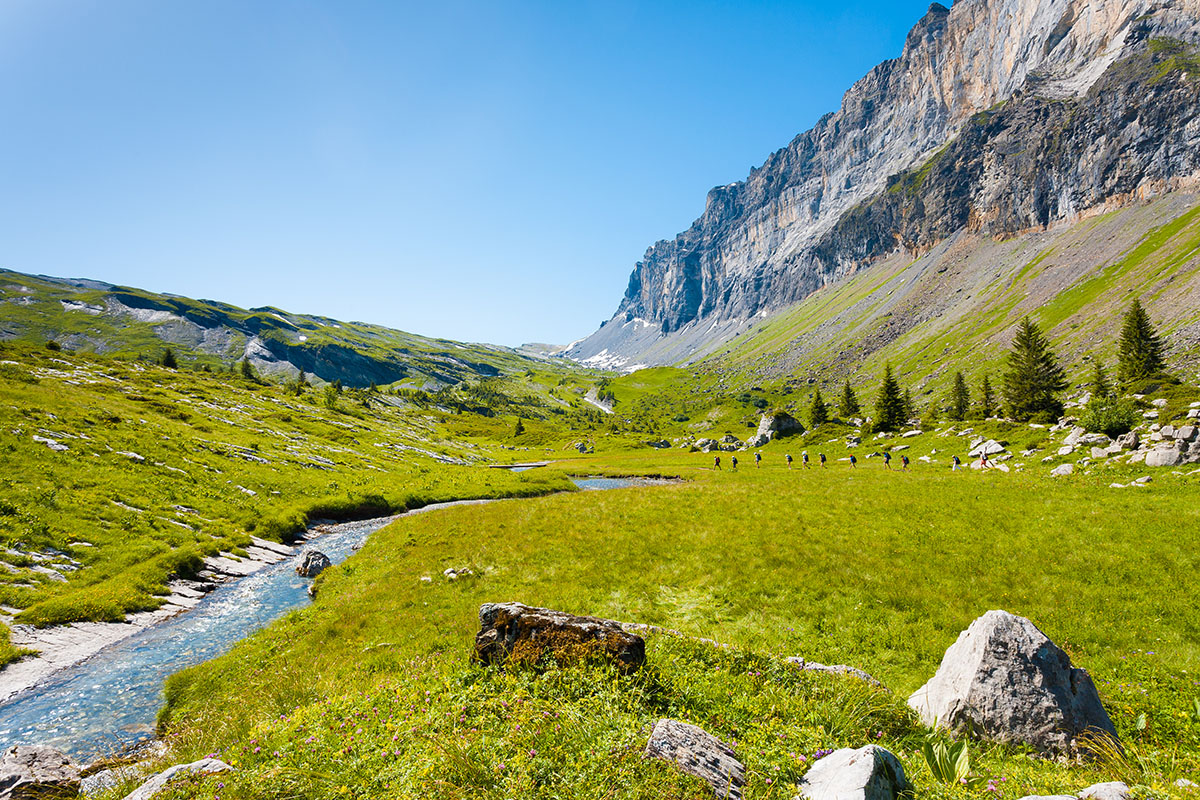 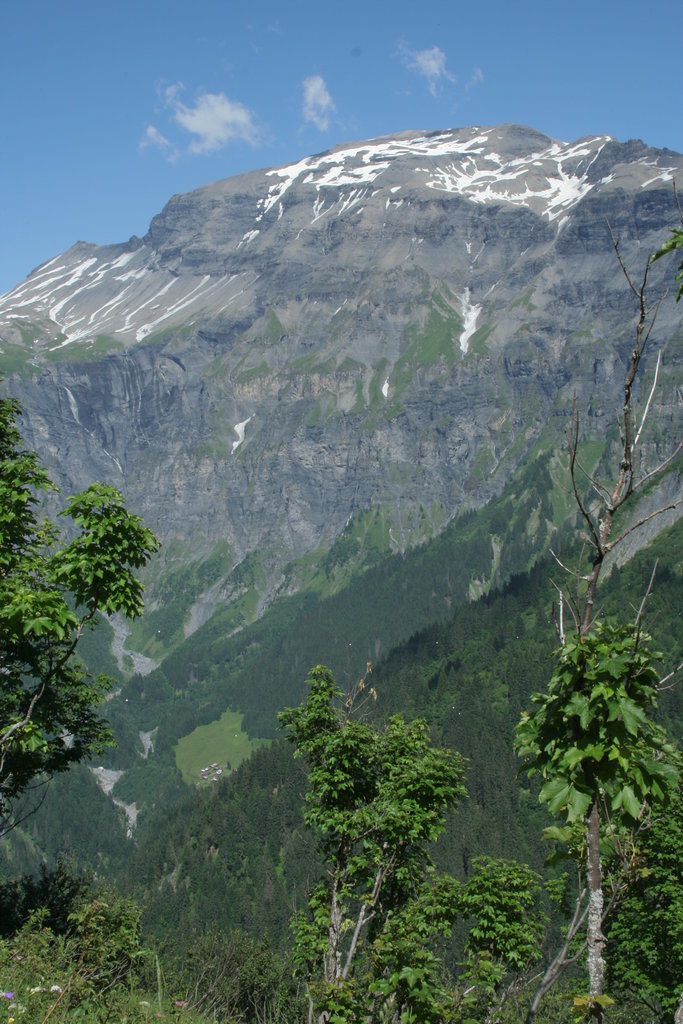