Only a hop, skip, and a jump away from Greece’s capital city of Athens is Mount Parnitha National Park, a protected area atop the highest mountains in Attica, with all the peninsula under its careful watch. Caves, lakes, thick forests, and historical monuments from ancient fortresses to Byzantine monasteries to ornate abandoned palaces give the park its unique character. 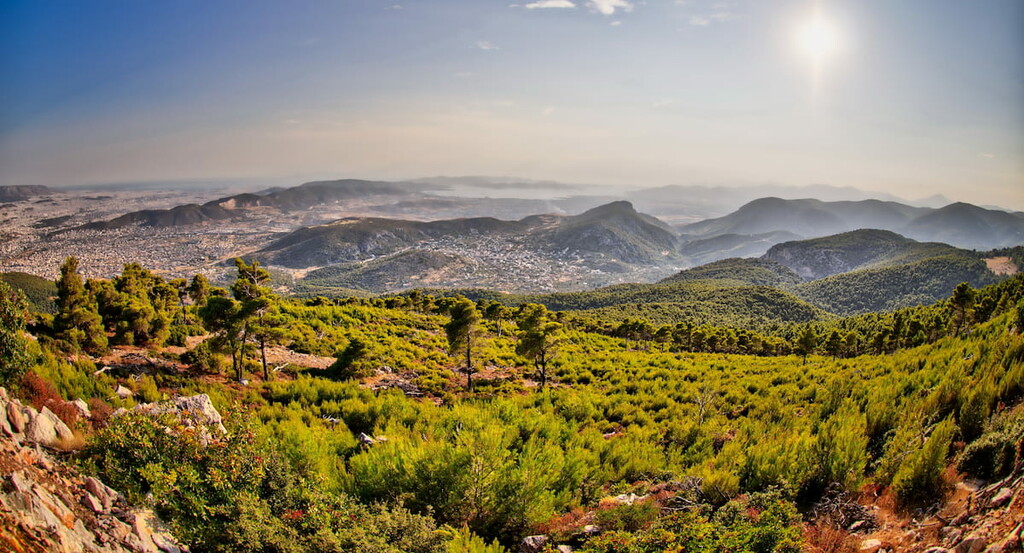 Of course, as it is situated atop a mountain range, the peaks are likewise a defining feature of the park, with around 26 named in its boundaries. The tallest and most prominent of these mountains is Karavola, at a prominence of around 1,121m/3,678, and a height of around 1,409m/4,623ft above sea level.

Mount Parnitha National Park lies on the Attic peninsula of southeastern Greece, in the aptly named administrative region of Attica. Specifically, the park is about 25km/15.5mi north of the Greek capital city of Athens, near the suburb of Acharnes.

The park takes its name from, of course, the Parnitha mountain range, upon whose peaks one can see the South Euboean Gulf to the north, Petalioi Gulf to the east, and Saronic Gulf to the south, all leading toward the greater Mediterannean Sea before it. These mountains make up the highest mountains in all of Attica.

The nearby presence of the Mediterannean Sea deems the park to have a typical Mediterranean climate, with warm and pleasant summers and cold winters. It does, however, experience more precipitation than usual for the general region, and snowfall is frequent during the winter owing to its higher elevations.

The foundations of Mount Parnitha are mainly sedimentary and metamorphic rock of varying ages, with alluvial deposits around the area. Paleozoic shale, Paleocene flysch, Triassic-Jurassic limestone, Neogene formations, and collections of talus and scree make up much of its geological composition.

The park is heavily forested, with a thick layer of Aleppo Pine at elevations below 1,000m/3,281ft, and new layers of Greek fir trees, grasses, and shrubland above that elevation. These are just some of around 1,000 different plant species that populate the park, also including the crocus and the tulip.

As for animals, the park contains about 30-40 different mammal species, over 130 bird species (the park itself is a protected location for wildfowl), and around 30 species of reptiles and amphibians. Of all these creatures, the red deer is probably the most notable, though others include the short-toed eagle and Mediterannean mole.

Located near Athens, one of the main epicenters of ancient Greek life, it is no surprise that Parnitha has long been a significant location with a vast history, still seen today in the historical monuments dispersed throughout the park.

During the classical period of Ancient Greece, from the early 400s to late 300s BC, Athens was a city of immense importance. Athens’ famous democratic system of government had been established not long prior, and during this time, the polis became the heart of art, philosophy, politics, theater, and more in Ancient Greece.

All the while, it was expanding its imperial interests by creating and leading the Delian League, which would be defeated by the Spartans in the Peloponnesian War in the latter half of the 400s.

The mountain is decorated with various fortresses that were constructed to protect Athens, and by extension Attica in general, against various northern enemies, like the Boeotians, who had allied with the Spartans during the Peloponnesian War. The fortress of Phyle is of particular note, having been the location of the Battle of Phyle in 404 BC.

During this time, the area that would become Mount Parnitha National Park was split between the demes (a deme being a subdivision of the Athenian polis) Acharnae and Decelea. Acharnae was reported to have been the largest deme in Attica, and enjoyed much representation in Athenian political matters.

Ntavelis cave and the enclosed monastery

Acharnae had been inhabited at least since the Mycenaean period in the mid to late 1000s BC, and boasted many sanctuaries and altars for various Greek gods. It was heavily destroyed by the Spartans during war time.

Decelea was known as a trade route between Athens and Euboea, and was taken over by the Spartans during the Peloponnesian War, becoming one of their main military posts.

In the age of Byzantine Greece, spanning centuries from around the 300s to the 1400s AD, the site of Mount Parnitha became the location of the Greek Orthodox Monastery of Kleiston, and would be populated by many more monasteries during the 20th century.

Lastly, Mount Parnitha is the site of Tatoi Palace, seemingly built some time in the 1800s. The palace was the estate of the former Greek Royal Family, and was the birthplace and resting place of many Greek royals from throughout the 19th and 20th centuries.

Mount Parnitha is abound with hiking paths, typically signposted and woven through the park’s various peaks, ecosystems, and landscapes. Two particular points of note are the Mpafi (or Bafi) and Flampouri (or Flambouri) refuges, shelters with great views and options for lodging and dining.

Another notable trail is that from the Agia Triada chapel, through dense fir forests, hills, and springs, toward the Mola recreational grounds, with an estimated time of around 2 hours.

The Mola site is also the departing part of three other notable trails: Mola - Saloniki Avlonas, a 3.5 hour hike which passes by the Saloniki plateau through junipers and firs; Mola - Paliomilesi - Sfendali, a 3 hour hike along the Paliomilesi stream; and Mola - Messiano Nero - Gkoura Stream - Katsimidi, a 2 hour hike with great views of lakes and Tatoi palace.

At the aforementioned Agia Triada chapel, one can also embark on a 2.5 hour hike past chapels, thick forests, and strawberry trees toward the Metochi site, from which extends a 4 hour hike to the Kleiston monastery, climbing down a gorge and bypassing a cave along the way.

From Metochi, one can also travel to the Kleiston monastery along a longer 4 hour trail, seeing the Agios Georgios chapel, Keladonas gorge, Cave of Panas, and Arma summit.

Likewise, the Kleiston monastery can be accessed from a similar 4 hour trail beginning in the town of Fyli. Fyli is near the Agios Kyprianos to Panas Neck trail, around 4 hours in duration, which leads up toward the Platan spring.

Last of note, but certainly far from the full extent of Mount Parnitha’s many trails and sights, is the 5 hour hike from Panas Neck to Avlonas.

Though Mount Parnitha is within a reasonable distance of several other Greek cities, it is most notable for its striking proximity to Athens, being one of the greatest examples in Europe of a national park well within reach of a capital city.

A center of Greek life and culture for millennia, the largest city in Greece, and one of the oldest continuously inhabited cities in the world, there is truly no limit to the historical and cultural wonders to be found in and around the streets of Athens, where its Neoclassical, Art Deco, and internationalist buildings stand in extraordinary juxtaposition with the Acropolis above.

Athens is a major hub of archaeological research, owing to its long-time status as an important city state, where ancient structures like the Acropolis, the agora, and the Kerameikos still stand, alongside many museums of archaeology, art, history, and culture.

The historical neighborhood of Plaka, near the Acropolis, is a wonderful wandering place to be immersed in the history of Athens, both ancient and contemporary, with traditional houses and remnants of the ancient Greeks, Romans, and Byzantines spread throughout.

Other important neighborhoods central to recreational, commercial, dining, and entertainment experiences in Athens include the boutique neighborhoods of Monastiraki or haute couture Kolonaki, nightlife centers of Gazi, Psyri, or beachside Glyfada, bustling port of Piraeus, and the marina of Alimos.

To reach Athens, it is most common to arrive by air, as Athens is home to Athens International Airport, a hub for air travel throughout southeastern Europe. One could also arrive by rail, connected to other major cities in southeastern Europe, by water at the Port of Piraeus, one of the largest passenger points globally, or by using the Greek highway network. Within the city, the tram, Metro, and bus or trolleybus can be used to navigate. 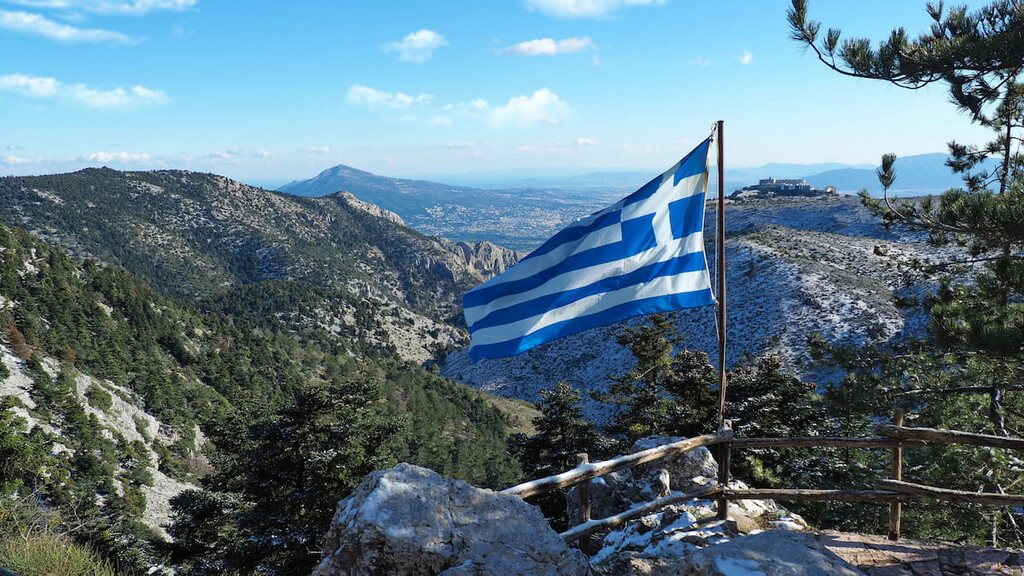 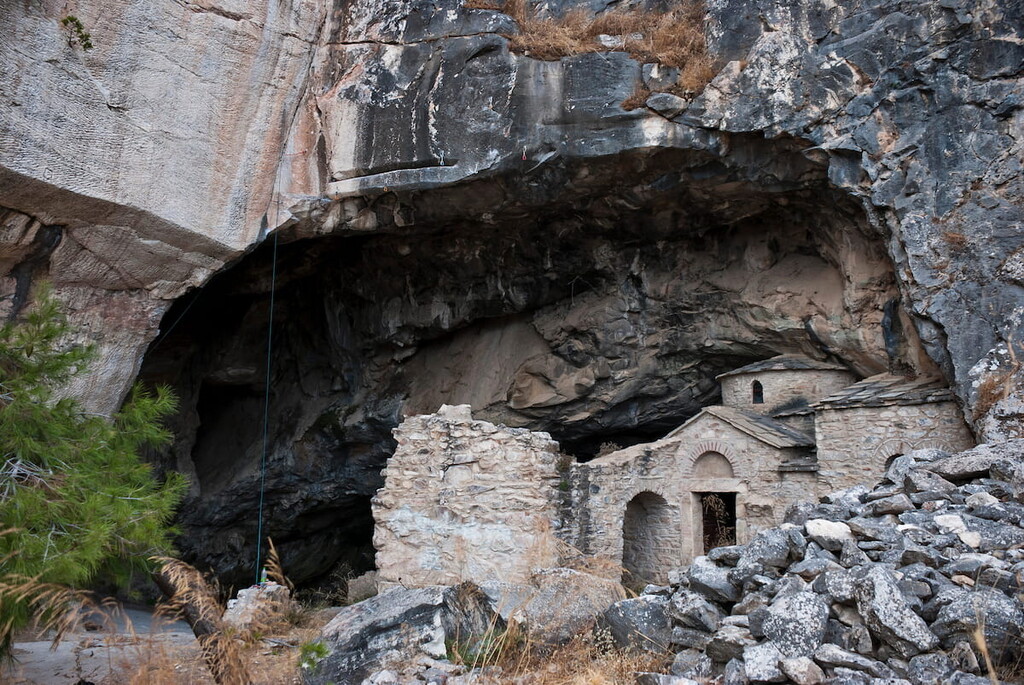 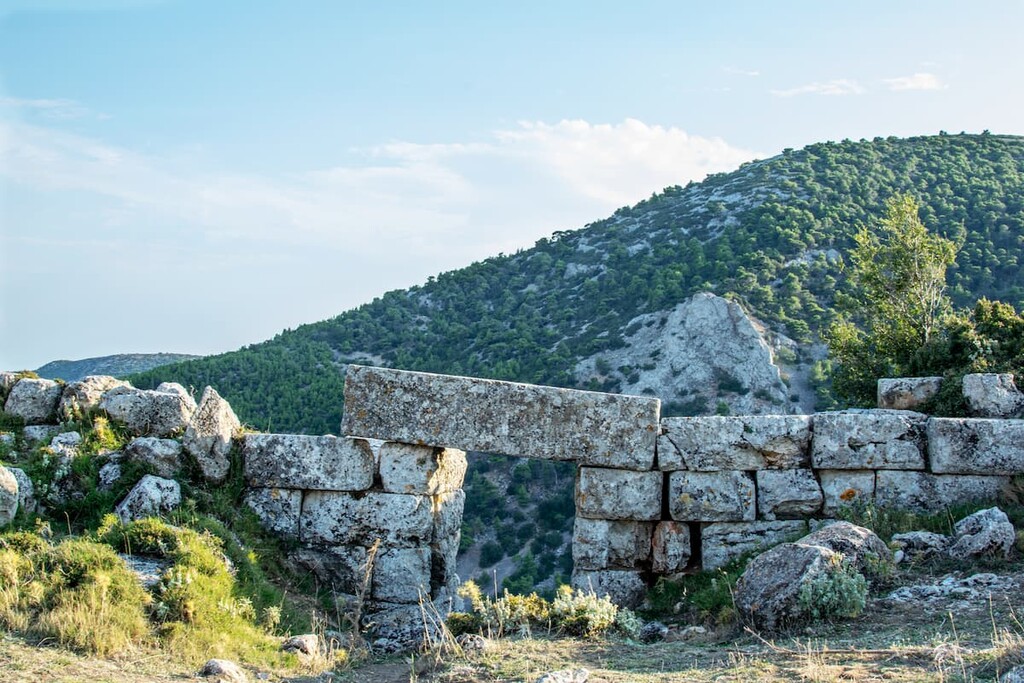 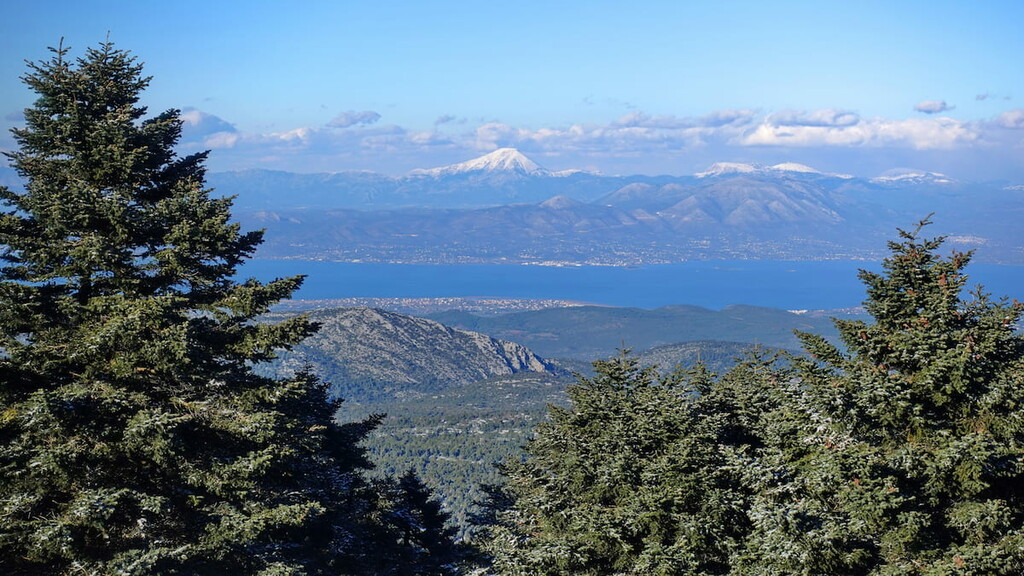