Jacques-Cartier National Park (English) is a 258-square-mile provincial park located north of Quebec City. Located in Quebec’s eastern forest-boreal transition, the park is home to a spectacular array of mixed forests, with deciduous broadleaf woods from the south transitioning into the coniferous Boreal Forest of the north. 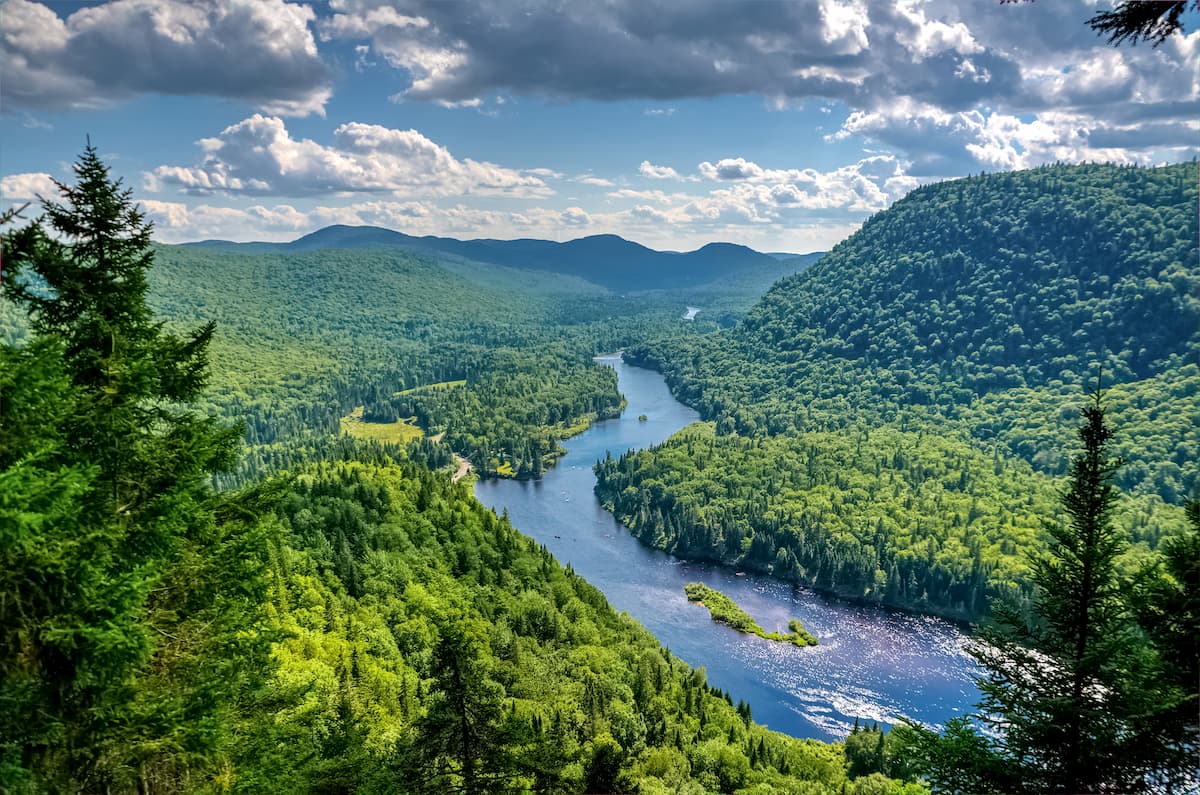 With 17 named mountains, the park protects the Laurentian massif, a unique mountain range that’s independent of others in the region. The highest and most prominent of these peaks is Mont François-De Laval.

The park contains 100 km of hiking trails, as well lakes, ponds, streams, and rivers, which together offering a full suite of outdoor activities: hiking, fishing, kayaking, canoeing, rafting, and mountain biking, among others. In the winter, visitors will find opportunities for skiing, torchlight hikes, snowshoeing, guided adventures, skating, sledding, and tobogganing.

The park also has a number of cabins and yurts that can be reserved, and over a hundred campsites.

The mountains of Jacques-Cartier National Park are prized by geologists for their age. The Laurentian Mountains are among the oldest in the world, with rocks dating back to the Cambrian Period some 540 million years ago.

Like the similarly ancient Appalachians to the south, the age of the Laurentians is shown by their stout, rounded features. (Younger mountains tend to be more craggy and rocky, while older ranges are more eroded.)

Jacques-Cartier is home to a number of animal species typical of boreal forest—namely, moose caribou, wolves, foxes, black bears, beavers, porcupines, and otters, as well as more than 100 different species of birds.

The lands of Jacques-Cartier National Park were once inhabited by the Montagnais and the Huron peoples, who worked as guides for Europeans wishing to travel southeastern Quebec without having to travel the St. Lawrence River.

The park was founded in 1981, when the century-old Laurentian Wildlife Reserve was split up to create two national parks: Jacques-Cartier National Park to the south and Grands-Jardins National Park to the north. While the lands in and around Jacques-Cartier received some national protection in the late 19th century, many of the parklands remained logging territory up until the park’s official formation in the early 1980s.

In 2009, the park enjoyed a significant renovation that updated many of its roads, trails, and accommodations.

The highest peak in Jacques-Cartier National Park is Mont François-De Laval, at just over 3,550 feet.

One of the most popular hikes is the Les Loups Trail—a 5.9-mile out-and-back trail that begins at the visitors center on the bank of the Jacques-Cartier River. Open year-round, the trail summits Sautauriski Mountain, which is just over 2,400 feet, and overlooks the Jacques-Cartier river valley.

For a longer but less strenuous journey, the Le Draveur Sud is a nearly 10-mile, mostly flat hike that’s ideal for birding, field trips, and nature viewing. As the trail traverses the Jacques-Cartier river, it is easily accessible from Route 4, which is on the other side.

A short but somewhat challenging climb can be found in the Les Cascades loop, which rounds 2.5 miles of a cascading stream near the southern border of the park. The trail features rustic bridges and fields of flowers, ideal for photographers.

The La Tourbiere loop is an even breezier hike (just under 2 miles) offering scenic treks through peat bogs, beaver dams, and stretches of yellow birch and balsam fir.

Hikers interested in a long, difficult hike with a spectacular payoff might consider the Le Scotora trail. The hike takes climbers through a steady incline to the summit of Mont Adante, with breathtaking views of the gorges below.

A more moderate loop can be found in the Le Perdreau loop, which covers more than three miles of maple forest, making it a prime destination for fall hiking. The loop passes along the Jacques Cartier River and Buvard Lake before navigating through majestic maple groves. 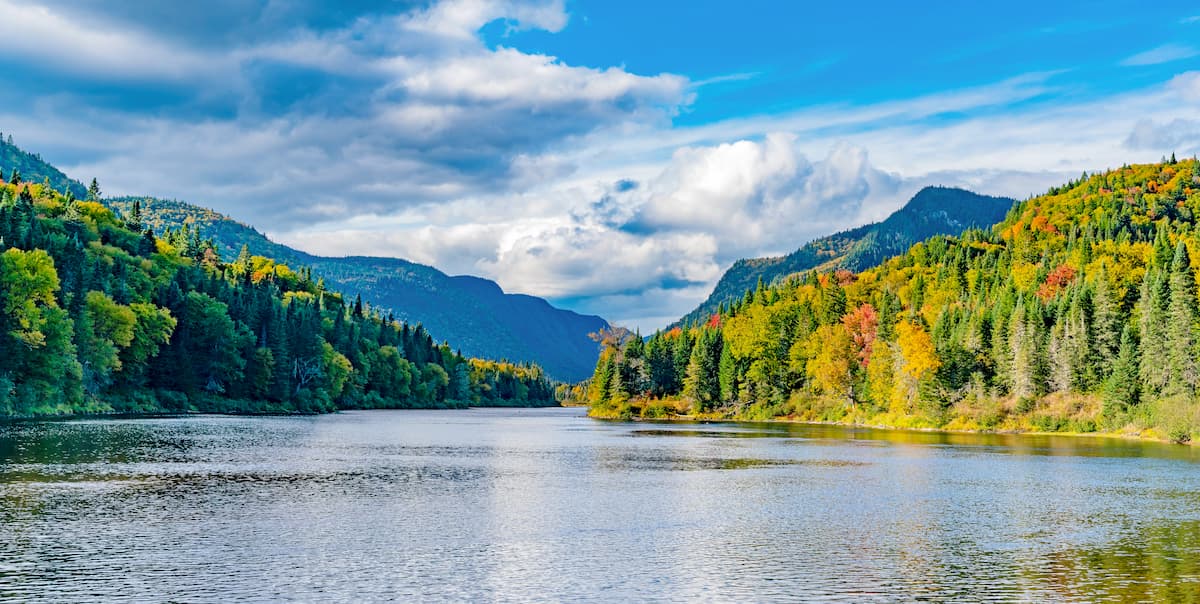 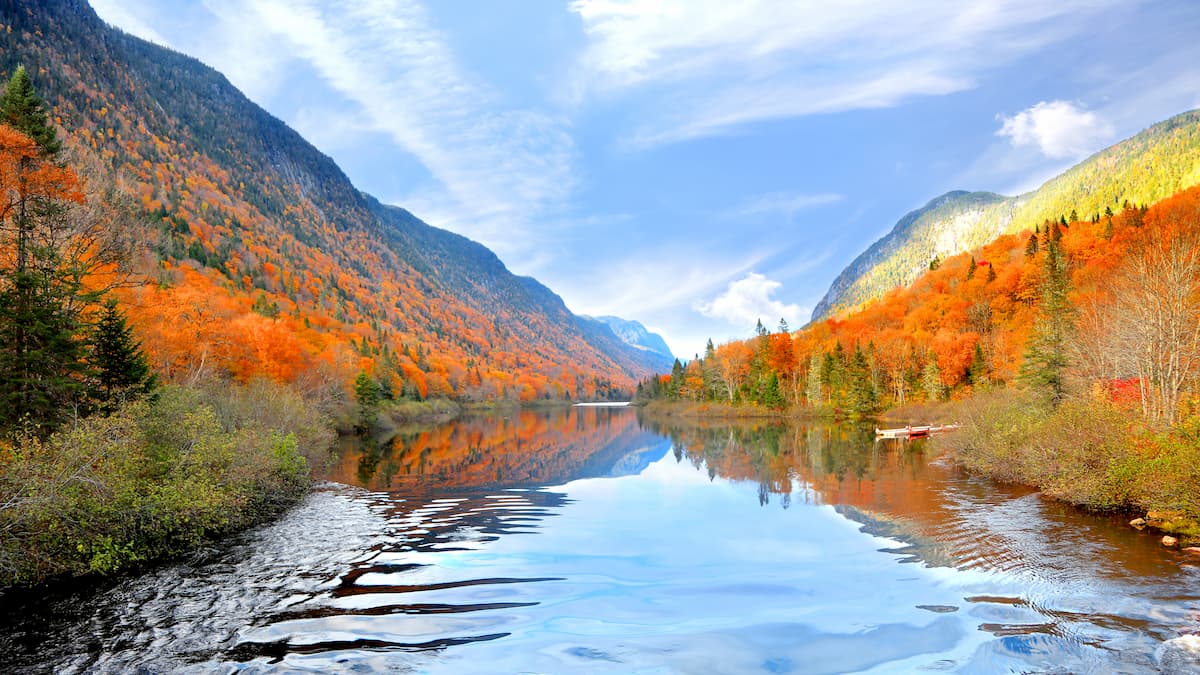 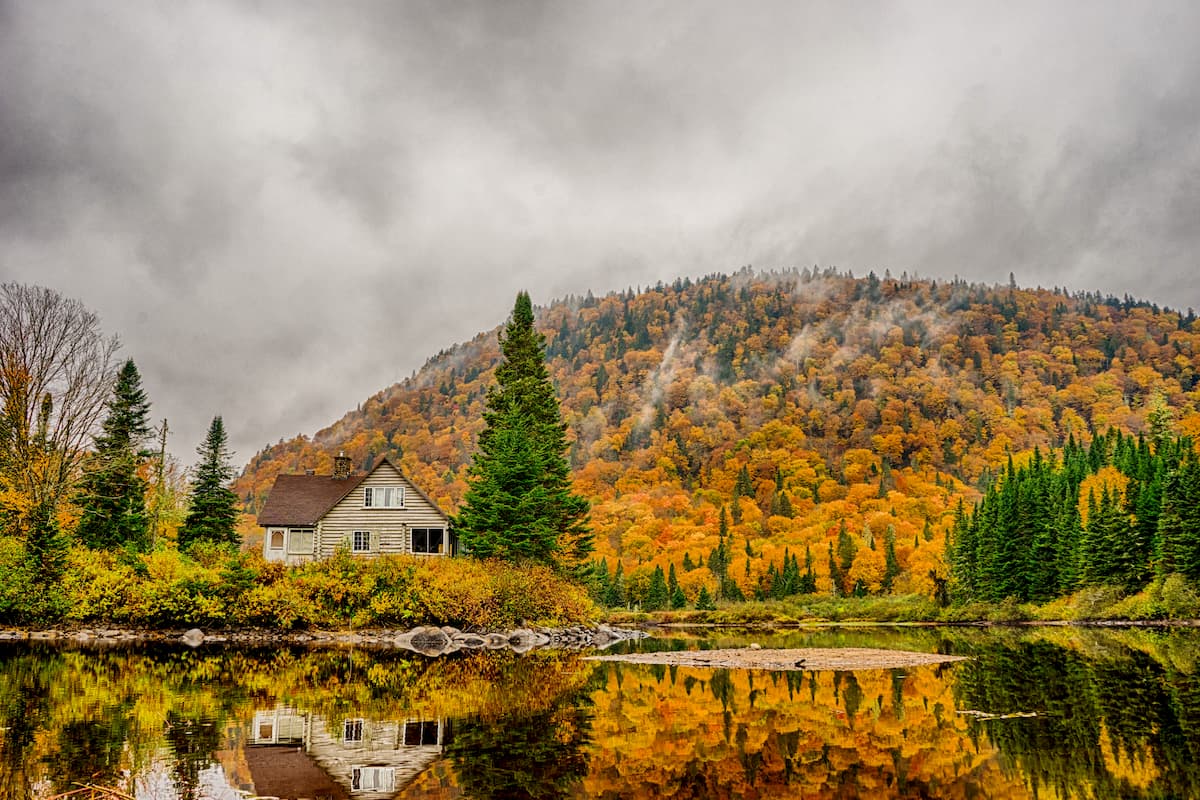 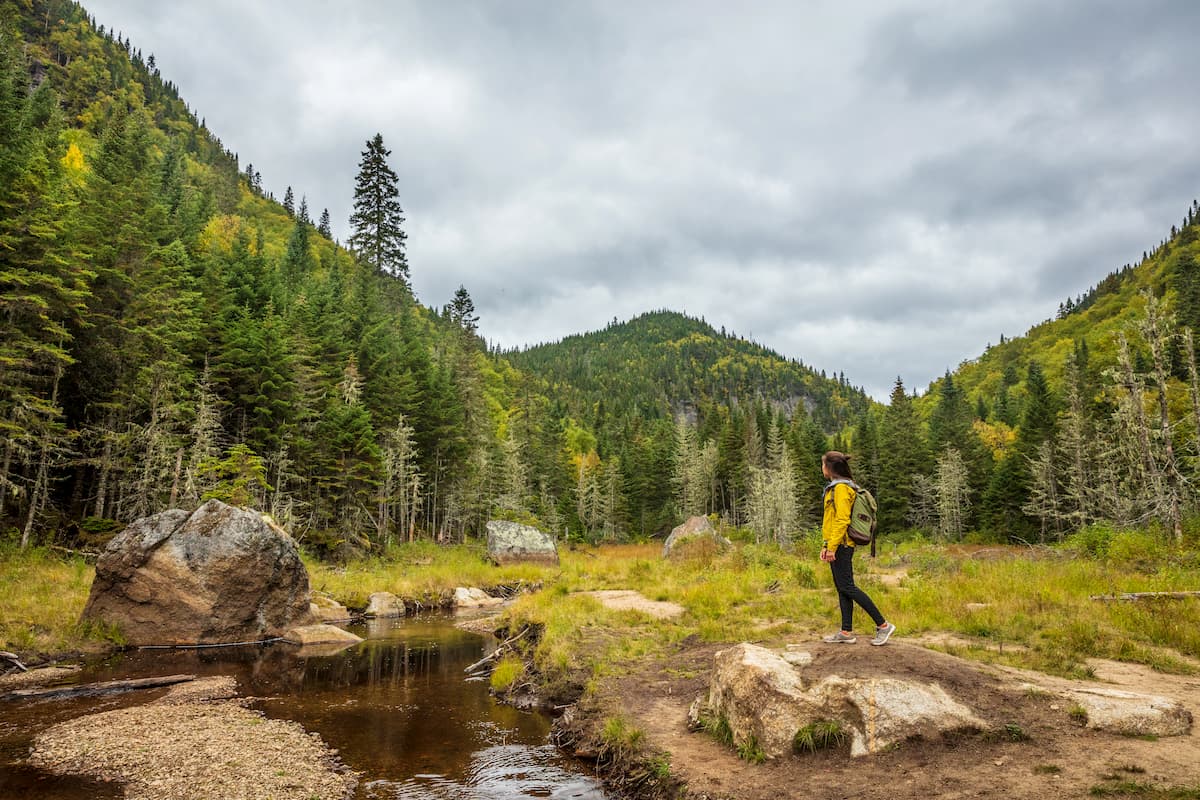