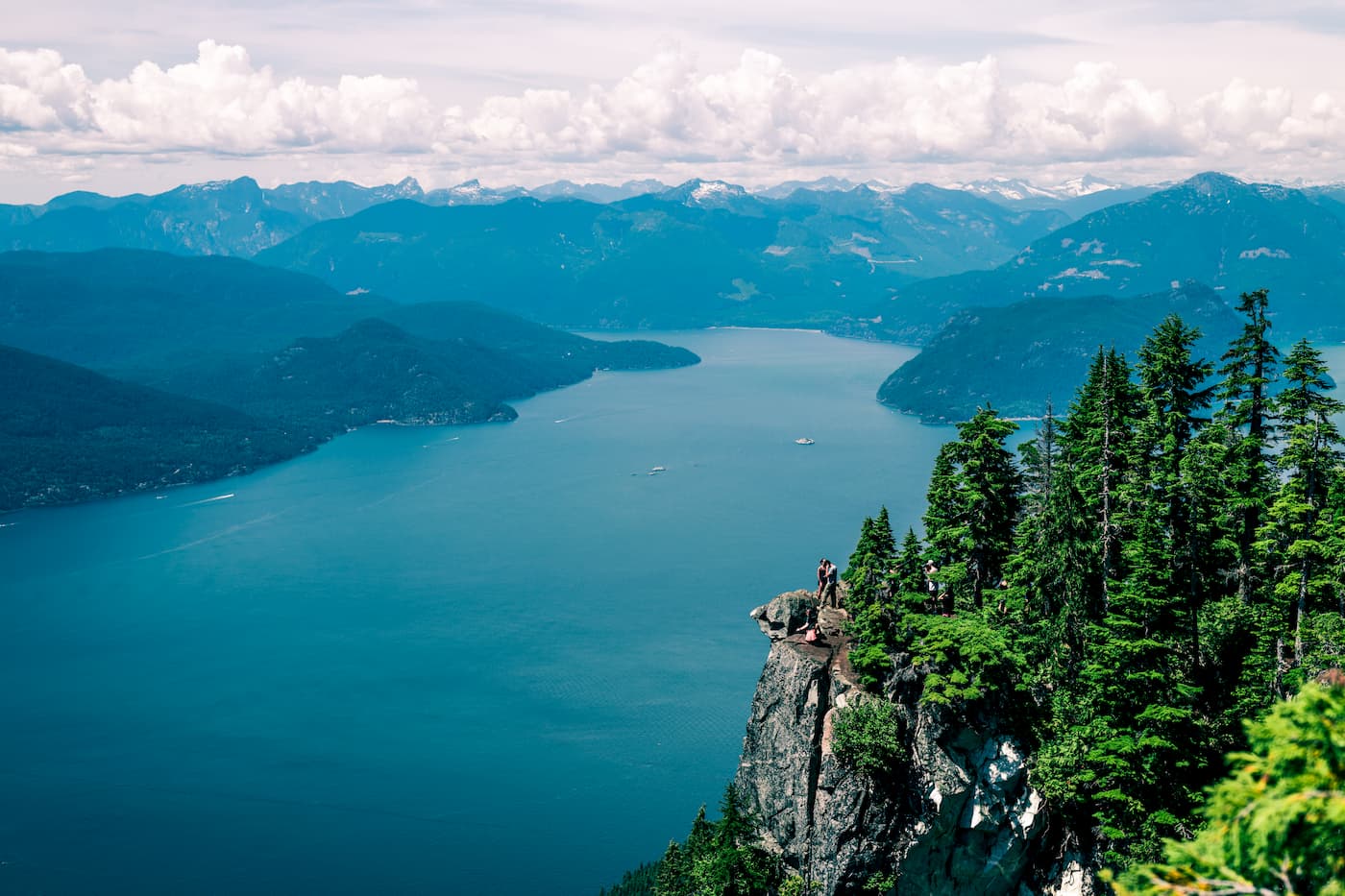 Cypress Provincial Park is a 7,500-acre park that highlights the natural beauty found within the North Shore Mountains. The southern section of the park is accessible by road, while the northern section can only be accessed via hiking trails.

The park is bounded by Howe Sound to the west, West Vancouver to the south, Mount Strachan to the north and Hollyburn Mountain to east. In the early 1900s, prior to the opening of the Lions Gate Bridge, hikers and skiers looking to explore the slopes of Hollyburn Mountain had to take a ferry across the Burrard Inlet. Even then, Vancouver locals would regularly cross the inlet and climb Hollyburn Ridge to ski or snowshoe at Hollyburn Lodge, Hollyburn Ski Camp, and the Hollyburn Ski Lodge (formerly known as the West Lake Ski Camp).

In 1939, the Lions Gate Bridge was opened to the public, making the area’s iconic summits and slopes accessible to more visitors. In the 1970s, B.C. Parks designated the area a Provincial Park and opened the Cypress Ski Area in the southern section of the park. The park continued to grow in popularity, eventually hosting events for the 2010 Winter Olympics.

Though Cypress is best-known for its snow-capped summits, the park also boasts several stunning mountain lakes and large stands of fir, hemlock, and yellow cypress forests. In the summer, Cypress is a beloved escape for hikers, backpackers, campers, and cyclists.

Eagle Bluffs is a beloved Cypress viewpoint that features unobstructed views of Vancouver, Howe Sound, Bowen Island, Gibsons, and Georgia Straight. Most hikers access Eagle Bluffs from the downhill ski area of Cypress Mountain, which passes Cabin Lake and Black Mountain. The trail begins with an arduous 1-mile ascent. Though the first mile isn’t easy, incredible views are almost immediate. Along the way, hikers can take a dip in Cabin Lake or a short 10-minute walk to Black Mountain. The trail is approximately 5 miles roundtrip and can take anywhere from 3-4 hours to complete.

Hollyburn Peak, also known as Hollyburn Ridge, contains an old alpine recreation community that dates back to the early 20th century. At the summit of this iconic peak hikers are rewarded with sweeping views of Vancouver, Mount Strachan, The Lions, and other well-known North Shore summits. There is a winter and summer route to the summit, making this ascent a particularly popular footpath for both hiking and snowshoeing.

Bowen Lookout, another epic all-seasons footpath, overlooks Howe Sound toward Bowen Island. This short and steep trail is only 2.5 miles roundtrip and can be climbed in under two hours, making it an excellent option for beginner snoeshoers and hikers. The trailhead can be found just beyond the Cypress Creek Lodge in the downhill ski area of Cypress Mountain. For visitors looking to spend more time on trail, Bowen Lookout can also be experienced as a side-trip to St. Marks Summit, a stunning peak along the Howe Sound Crest Trail.

The Howe Sound Crest Trail is a stunning 18-mile footpath that stretches from Cypress Bowl to Porteau Cove. The trail offers spectacular views of Howe Sound, climbs several stunning North Shore summits, and passes numerous turquoise mountain lakes. Though the Howe Sound Crest trail can be completed in a day, most hikers opt to tackle this challenging trek as an overnight trip. This trail isn’t for the faint of heart and visitors are advised to be prepared to experience all four seasons along the way.

Just 30 minutes from Cypress Provincial Park, Vancouver is a city packed with pristine beaches, epic suspension bridges, miles of scenic hiking trails, and an abundance of biking, kayaking, and fishing opportunities. The city itself is surrounded by mountains and is known for its thriving art, theater, and music scenes. Vancouver is incredibly walkable and contains several scenic vistas and parks, as well as plenty of accommodations and eateries. 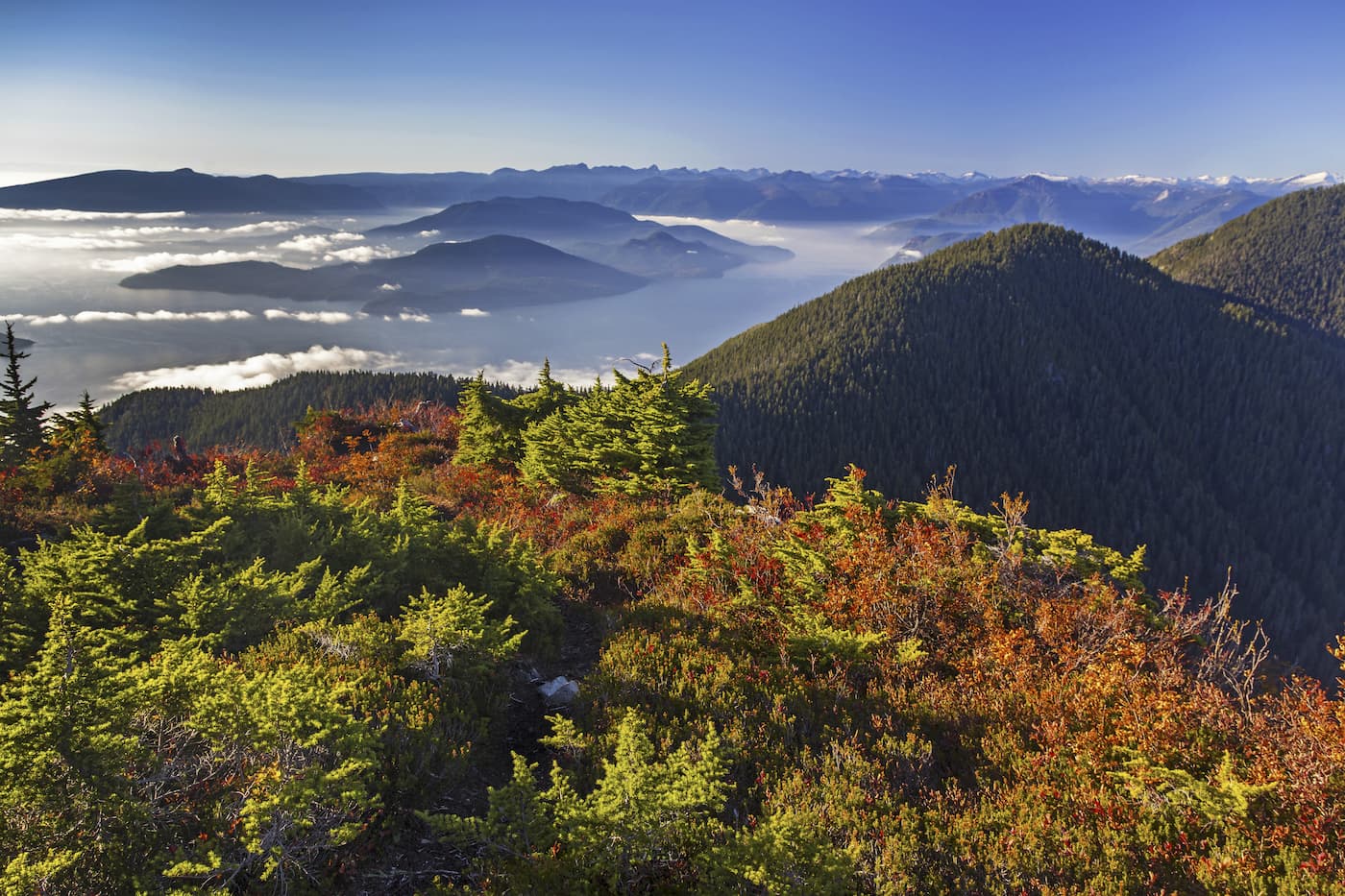 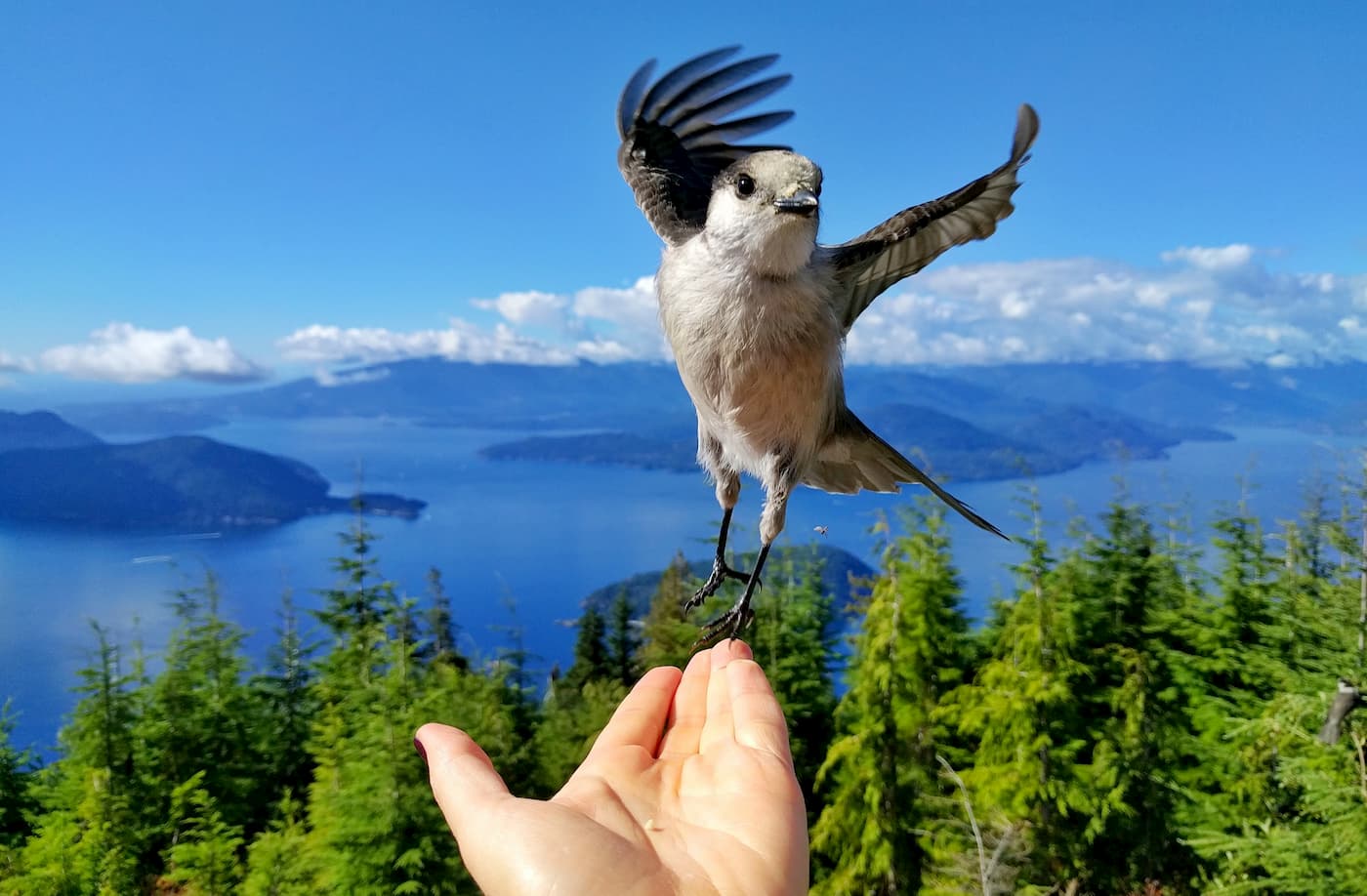 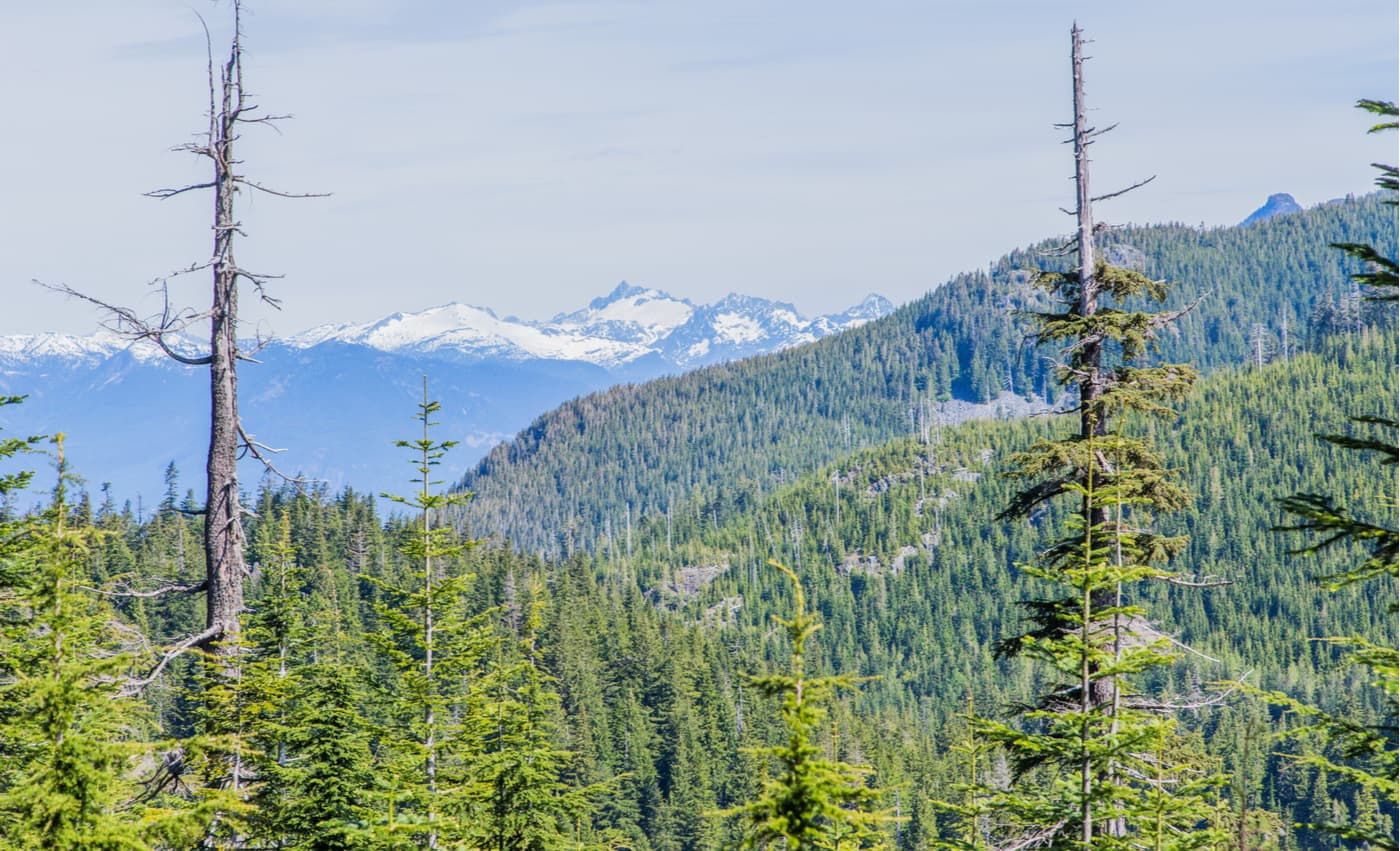 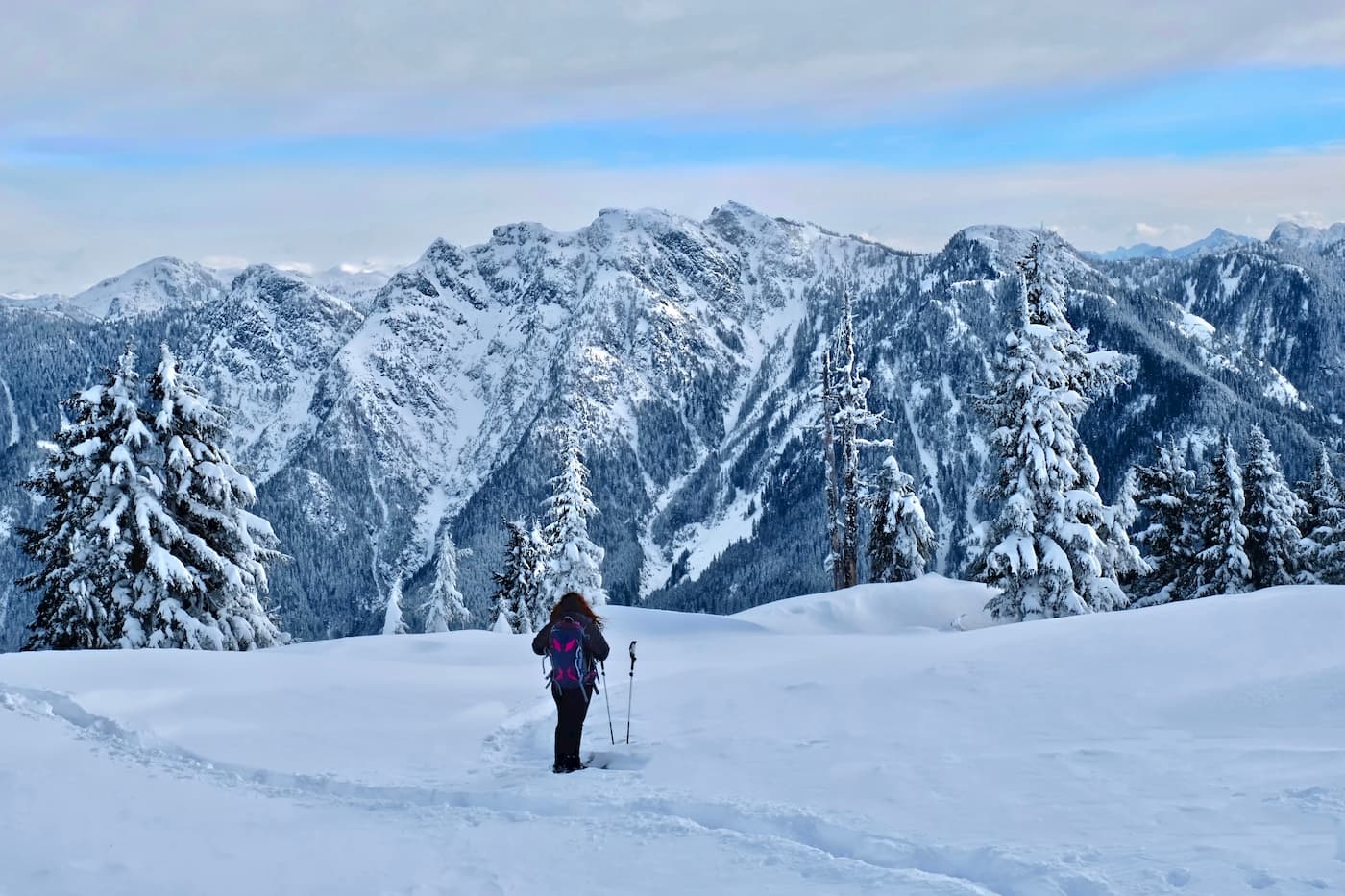 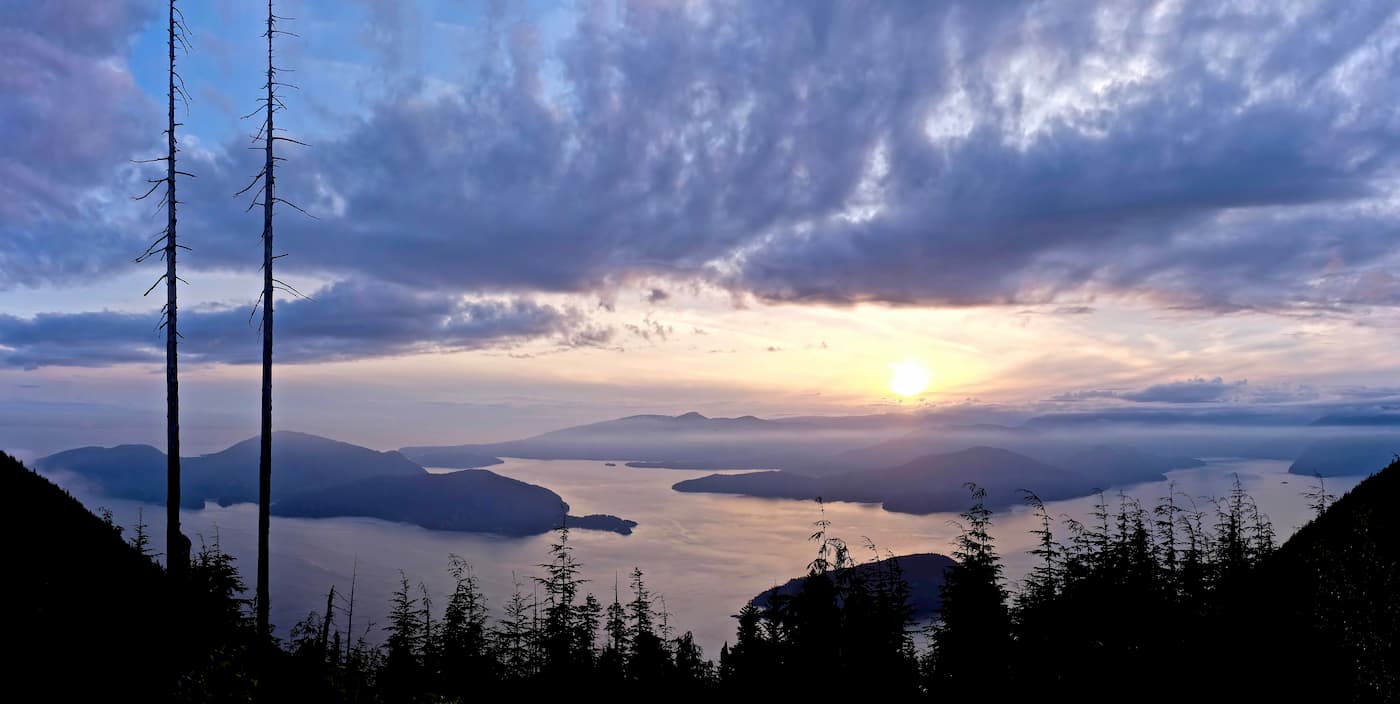 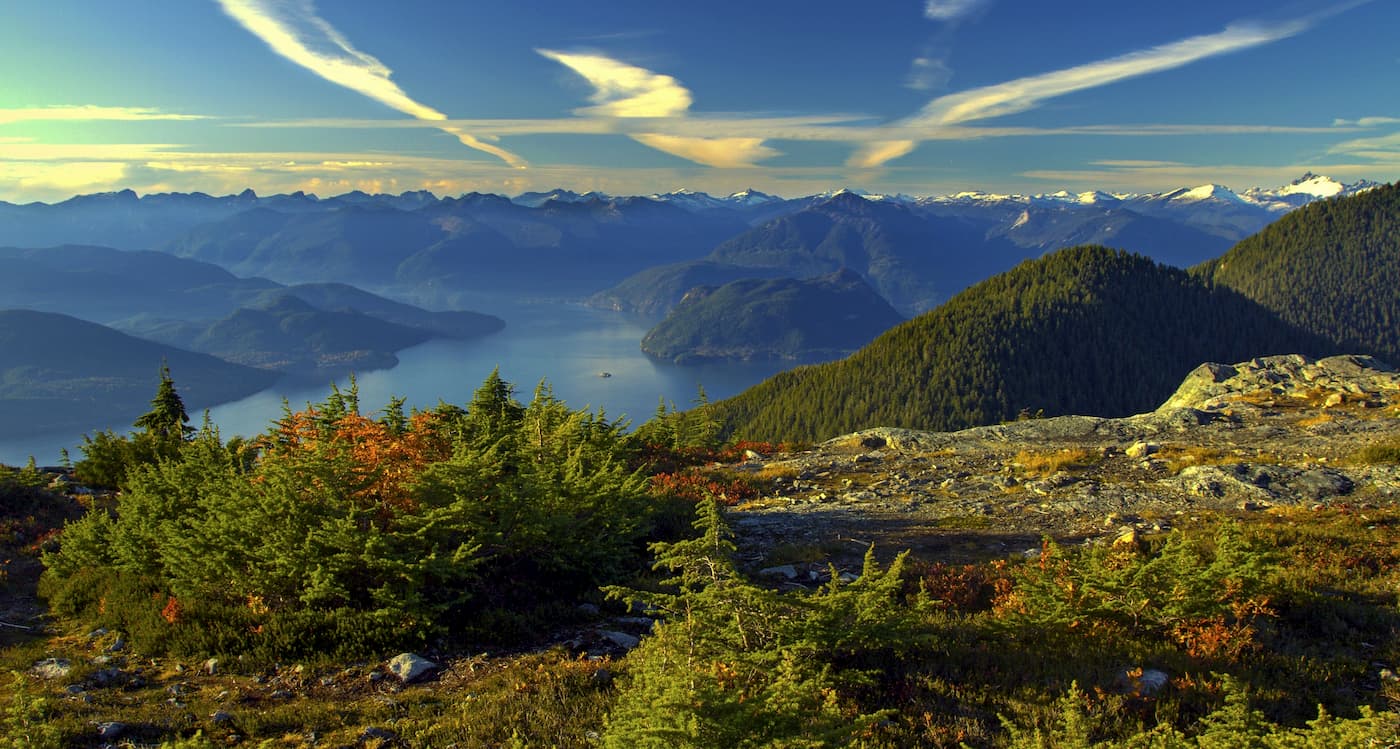 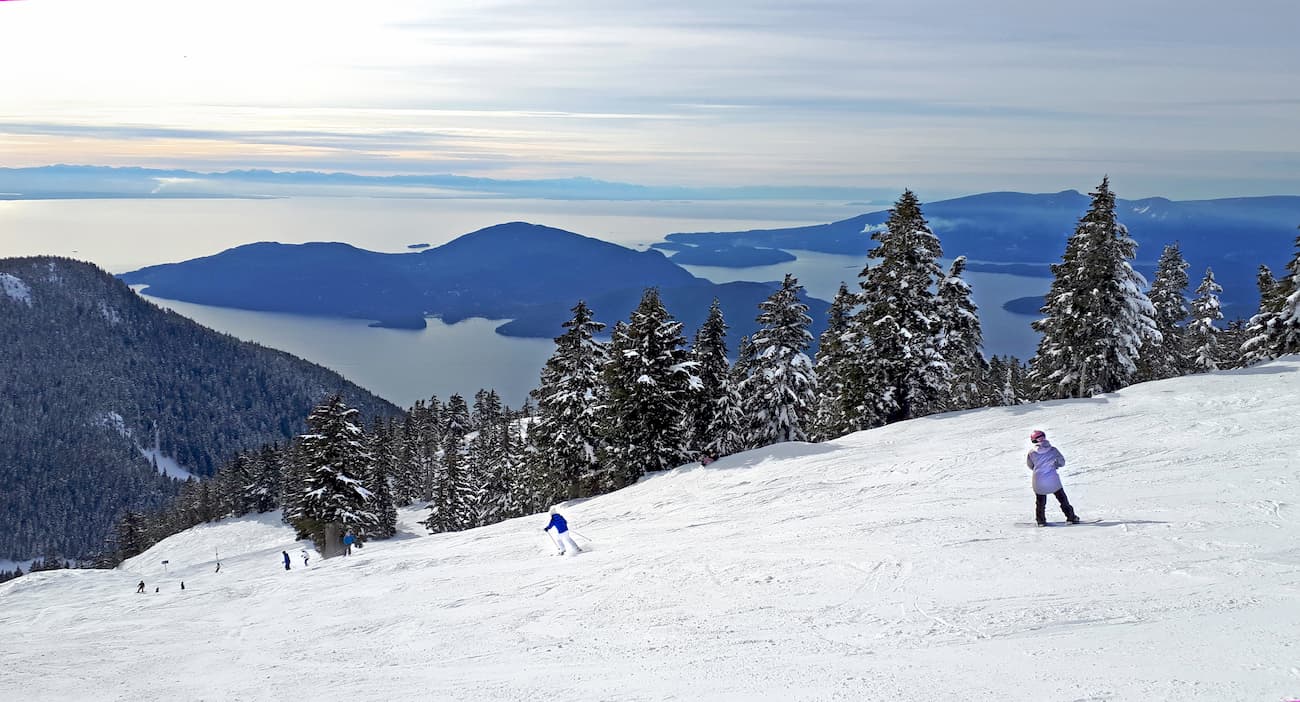