The Parque Nacional Cerro Verde, also known as Los Volcanes National Park, is a national park in El Salvador. The park is one of largest in all of El Salvador with three major volcanoes within it. There are 16 named mountains in Parque Nacional Cerro Verde. The highest and the most prominent mountain is Volcán de Santa Ana at 7,812 feet with 5,505 feet of prominence. The other prominent volcanoes in the park include Cerro Verde and Volcan de Izalco. 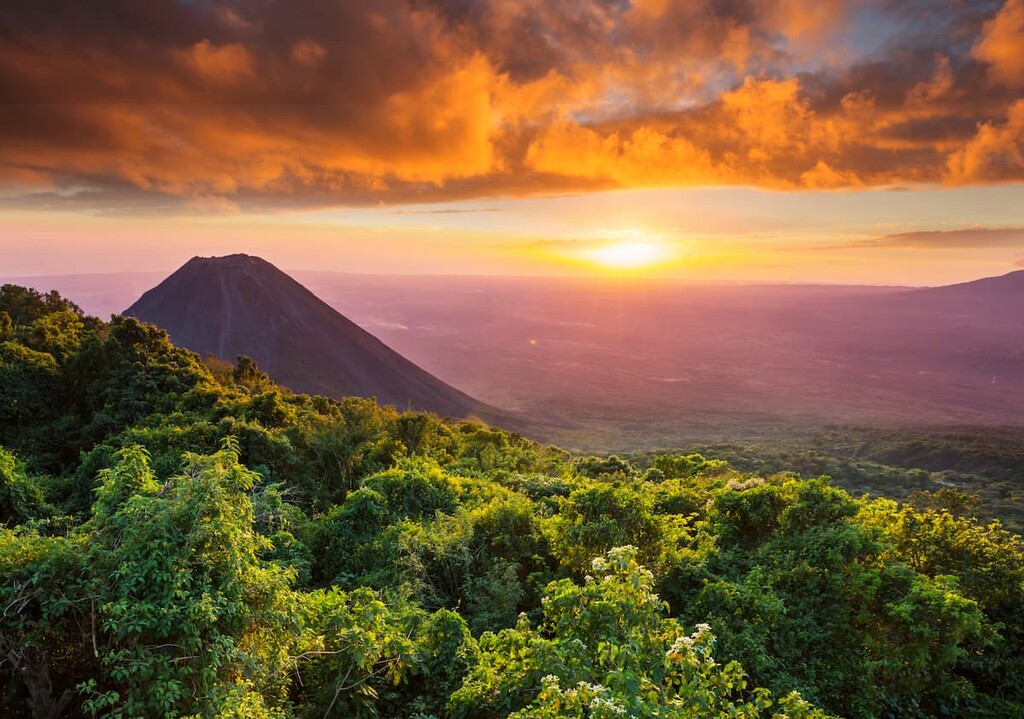 Together these three volcanoes are part of the 14 younger volcanoes that stretch across the southern part of the country. The park covers over 11,000 acres of land and shares a border with the nearby El Imposible Park. Together these two parks provide greater access for wildlife of the region. Since the park encompasses these three iconic volcanoes of El Salvador, it has become an incredibly popular tourist destination.

Volcan de Santa Ana is also known as Cerro de la Viejo is the largest of the three volcanoes in the park and is the third tallest peak in the nation. At the summit of Santa Ana are four calderas and craters. One of the larger craters is also home to a crater lake. While a massive explosion hasn’t occurred in recent history, the volcano is still quite active. The most recent deadly explosion occurred back in 2005 which resulted in the death of two people and caused many nearby villages to flee for safety.

The second tallest of the three volcanoes is Volcan Cerro Verde. Within El Salvador this volcano is simply known as Cerro Verde. It is an extinct volcano with the last eruption happening over 25,000 years ago. The summit reaches a height of 6,677 feet with 571 feet of prominence. The volcano is often thought to be a hill by tourists because of its appearance. The eroded crater along the top is covered with a dense and lush cloud forest, but it is still classified as a volcano.

The third tallest volcano within the national park is Volcan de Izalco. The summit sits at 6,401 feet with 1,053 feet of prominence. Though shorter than the other two volcanoes in the park, Izalco was often referred to as “The Lighthouse of the Pacific”. This name was due to the eruptions that once guided those heading towards the Salvadoran coast. For nearly 200 years the volcano was very active and the cascading lava lit the way towards land. The flow of lava stopped back in 1958 with major eruptions occurring in 1926 and 1966.

Santa Ana Volcano: The only trail located within the park is the one leading up to the summit of the Santa Ana Volcano. The trail totals 4.3 miles round trip with 1,532 feet of elevation gain. This scenic trail begins along the Calle el Cerro Verde road and makes its way through the forest before following the Santa Ana trail up to the summit. The route then climbs above the cloud forest tree line and offers views of the turquoise green lake within the crater. From the summit hikers can also see Lake Coatepeque, Izalco Volcano, and the Cerro Verde Volcano.

Izalco Volcano: Though the Izalco Volcano is not part of the Parque Nacional San Blas o Las, it is a nearby hike that offers similar views of the surrounding area. The trail to the summit is 4.2 miles roundtrip with 2,100 feet of elevation gain. The trail dips down in elevation before climbing to the crater edge of Izalco Volcano.

Cerro Verde: Since the Cerro Verde has a forested crater at the summit, it is not hiked as often as the other two volcanoes. The trail that the top is a-mile-long loop that has 250 feet of elevation gain. The trail winds through the forest, offering views of the lush greenery, diverse animals, and viewpoints for Izalco, Santa Ana, Lake Coatepeque, and nearby cities.

North of Santa Ana Volcano lies the city of Santa Ana. The city is the second largest in El Salvador, second only to the capital, San Salvador. The city has a population of 375,000. Santa Ana sits at an elevation of over 2,100 feet and has a warm and moderate climate year-round. This city is close to both Santa Ana Volcano, as well as the iconic Izalco Volcano. Besides being surrounded by the country’s natural beauty, Santa Ana is also a popular tourist destination to learn more about the culture of El Salvador. The two major markets within the city are the Colon and Central Markets. 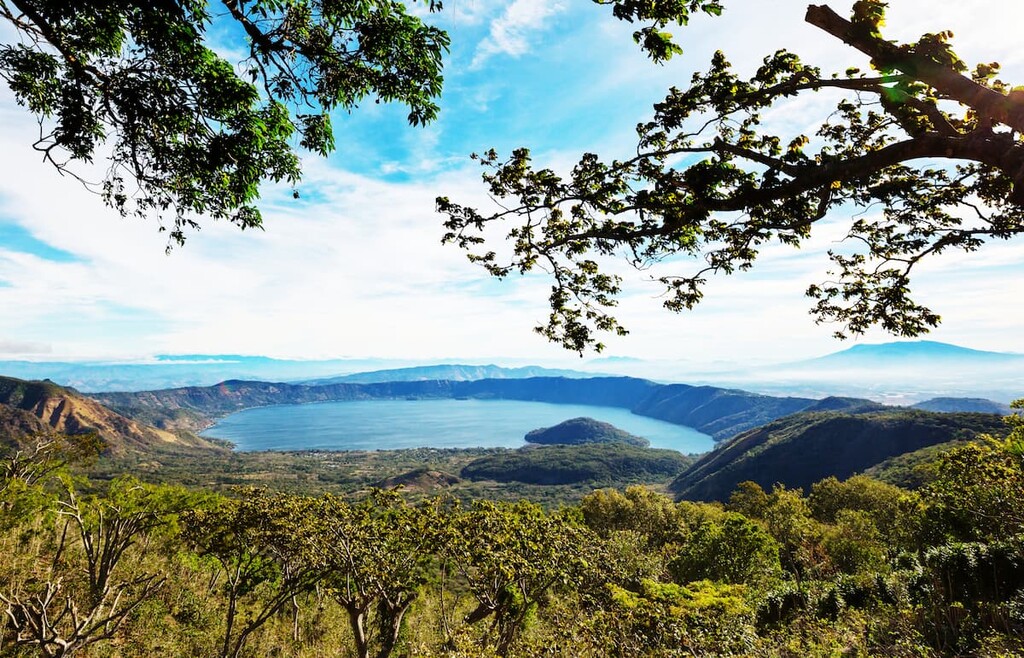 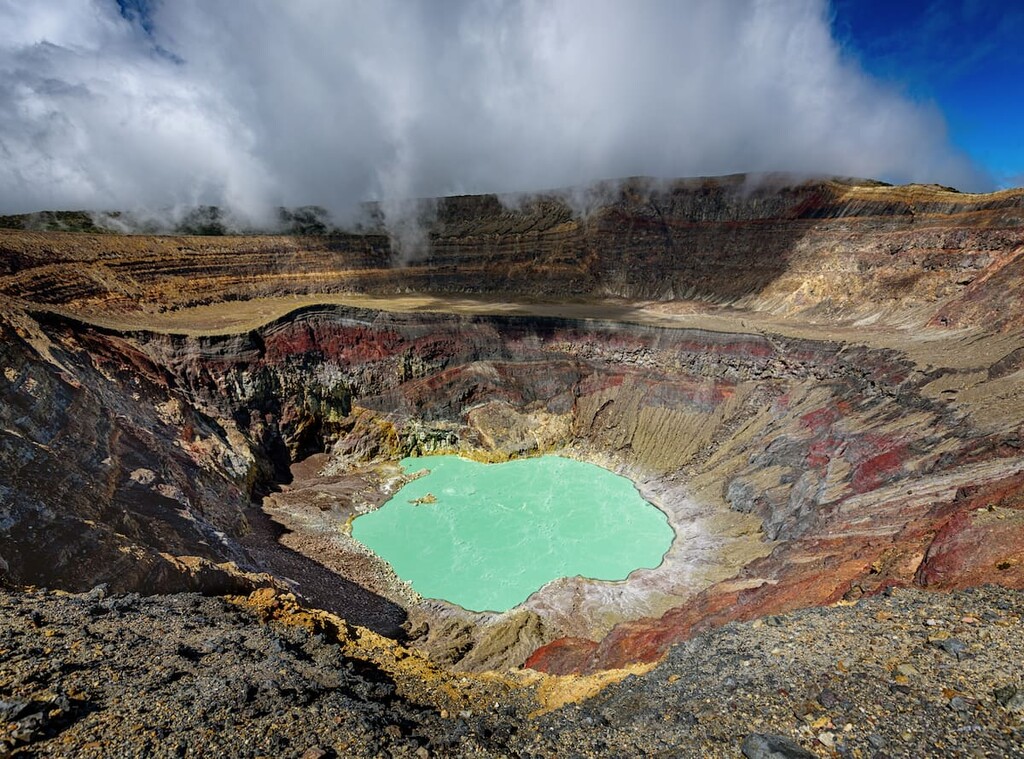 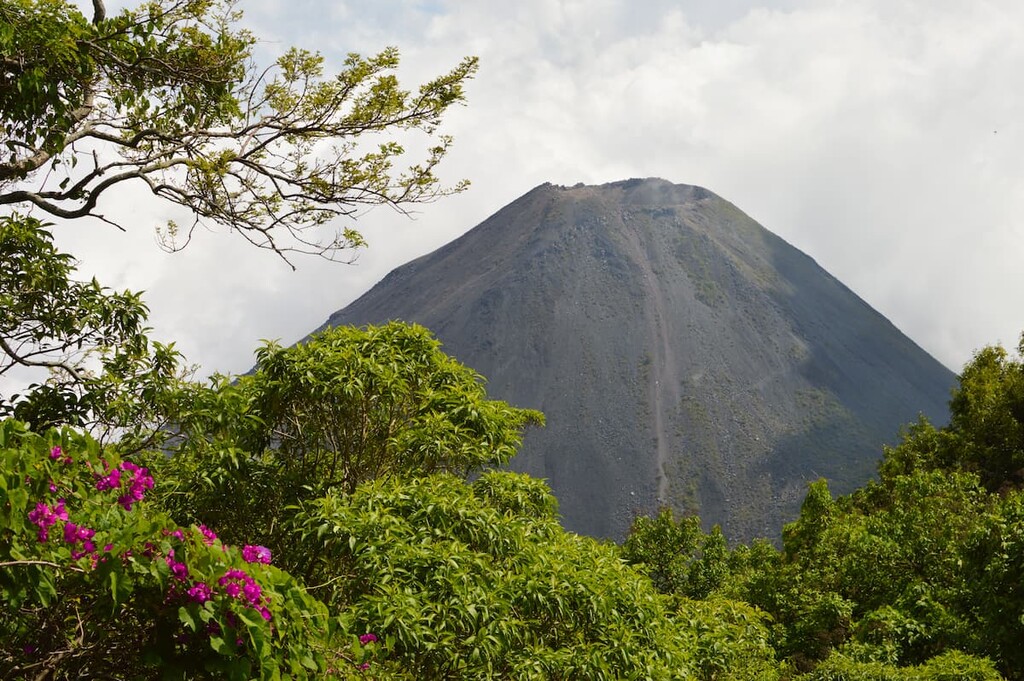 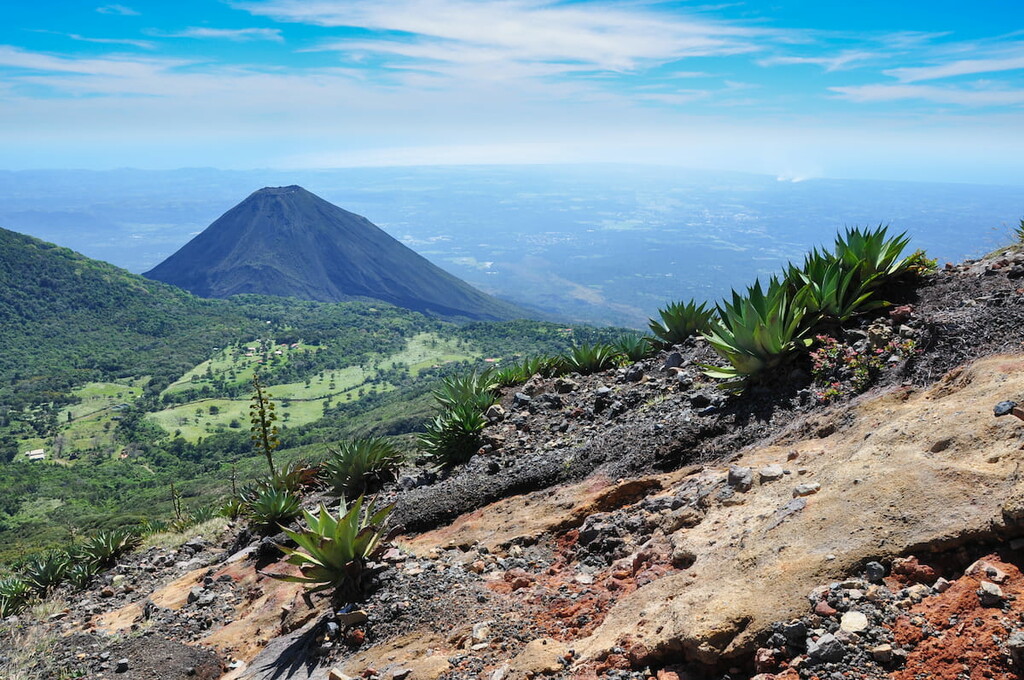 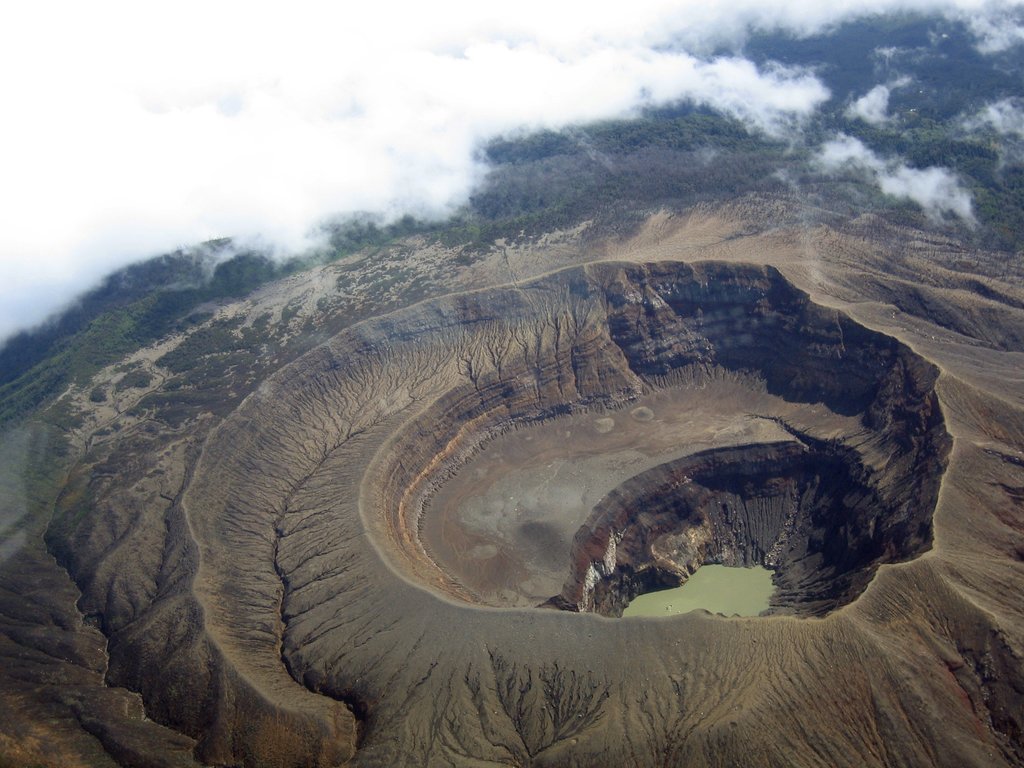 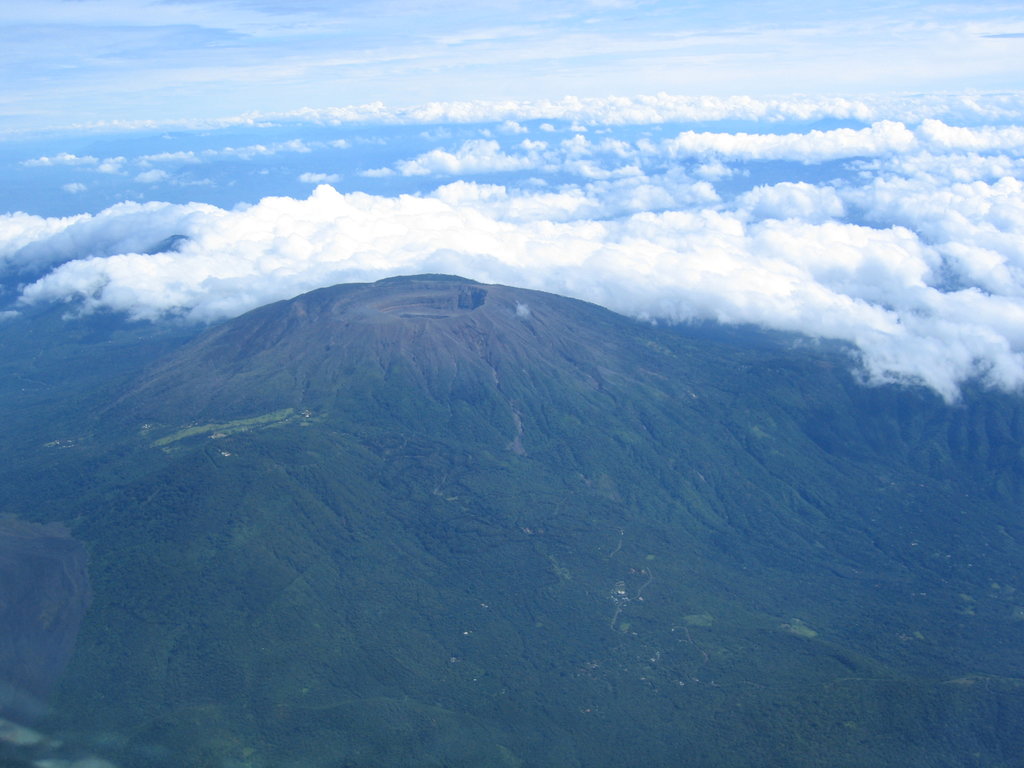 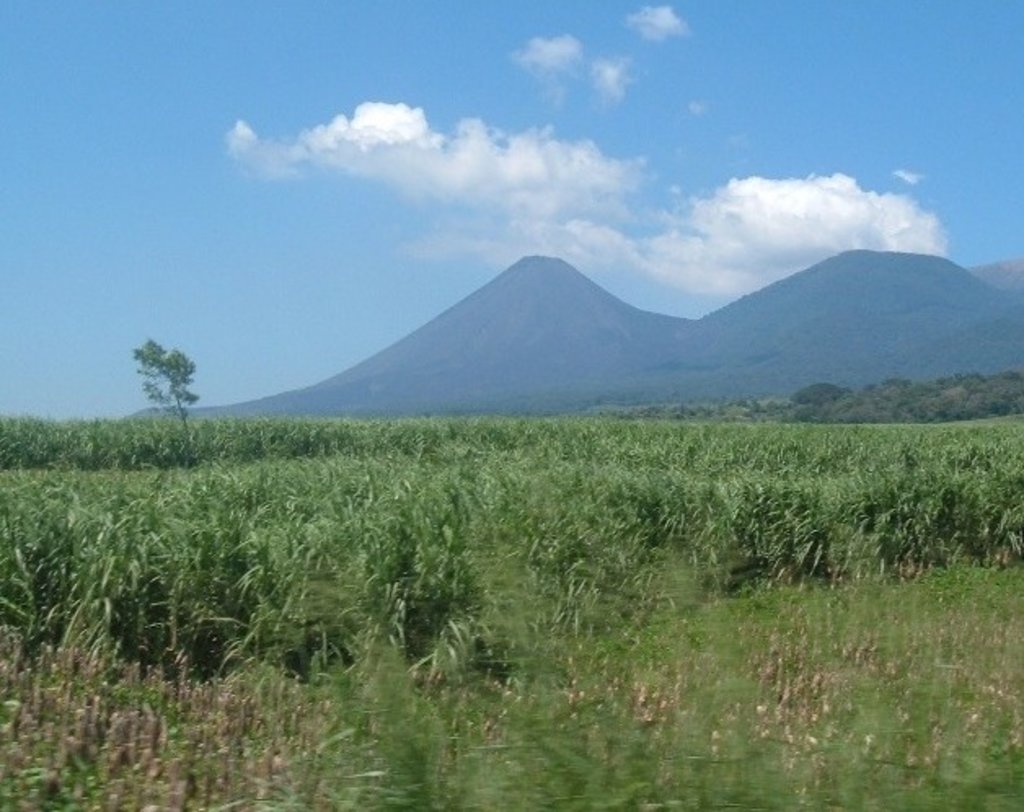