Germany’s hard-to-pronounce district of Hochsauerlandkreis, which in English stands for High Sauerland District, is filled with natural wonders including a very well-known ski resort in Winterberg. This area is wonderful for hikers, skiers, and history-lovers alike, here are some most iconic must-sees of this region as well as the guide you need for the mountains of the region.

This district is located in the east of North Rhine-Westphalia land in Germany. It received its name from its beautiful high mountains. The two highest peaks of the region are located here, i.e. Langenberg (845m) and Kahler Asten (846), therefore giving the land the name High Sauerland. Kahler Asten is the closest mountain to Winterberg, the region famous for its ski-resort. 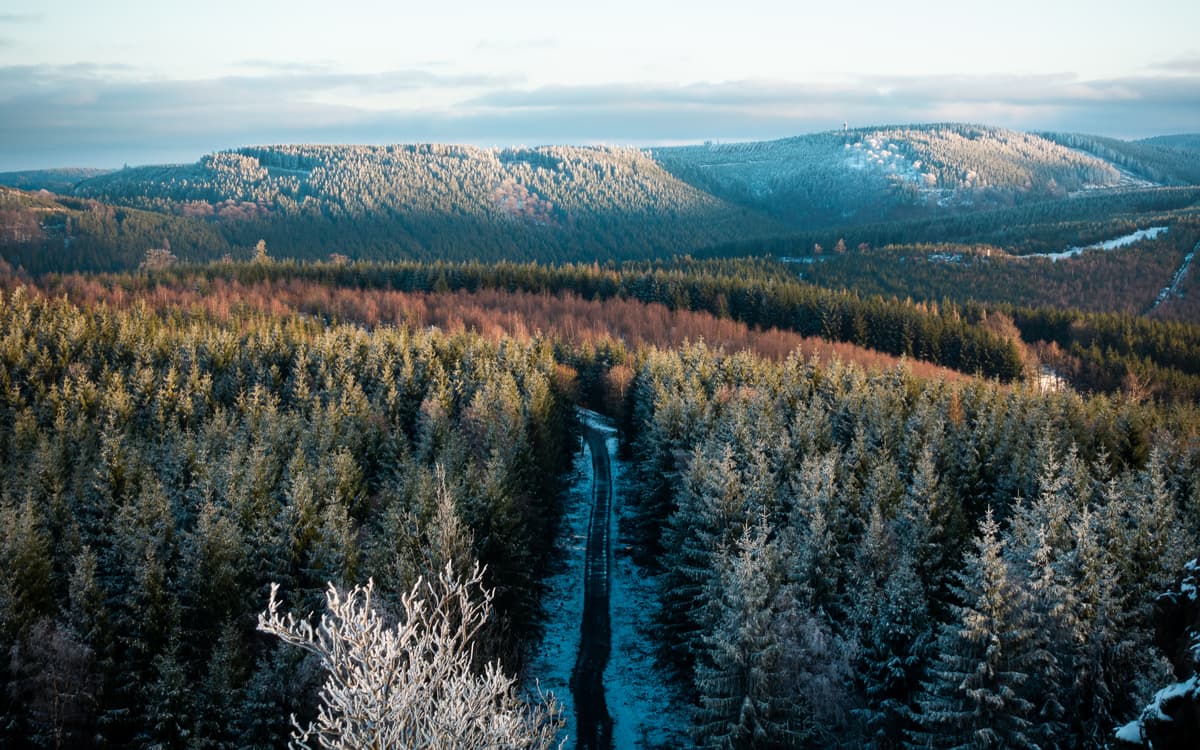 Established in 1975, this district is composed of what used to be three different districts: Arnsberg, Brilon, and Meschede. Let’s dive into exploring the main attractions, major trails and hiking areas, as well as major cities and resorts.

As mentioned above, one of the major attractions of this area is the Ski Resort (or Ski Carousel) founded in Winterberg and called Skiliftkarussell Winterberg. This ski resort is usually open from November to March and features hundreds of meters of ski and snowboard slopes of different difficulty levels. It is easily accessible by car or bus, the region has many different hotel options to stay. Ski passes range from 25€ for a half day pass to 37€ for a full day of access to the lifts. The slopes are equipped with floodlights allowing those passionate aficionados of skiing to rejoice at night as well.

Kahler Asten (846m) is one of the tallest mountains in the Rothaar mountain range. Featuring a gorgeous town, beautiful mountain views, and plenty of hiking trails, it is a very popular destination for locals and tourists alike. Every year, it is estimated to receive more than 500,000 visitors.

The Dam of Hennetalsperre is another beautiful attraction this region has to offer. Located in the north, it belongs to the Sauerland-Rothaargebirge nature park. Built between 1901 and 1905, this dam was the first edifice of such type on the Henne River. The dam wall made of quarry stone stands at 38 meters high and it is considered to be a flood-control device. It has a water storage volume of about eleven million cubic meters and dams the water of the Henne to Lake Hennesee.

There are group guided tours to the dam for 12 to 25 people where you will get to know about its history and its functioning. The tour starts with a short video about the work of the Ruhrverband who controls the dam. Then there is a showcase of how the hydroelectric power station operates and much more. You can see the details on the official website.

The best time to visit is autumn and spring, the dam attracts a lot of nature enthusiasts including sailors. As the air temperature near the lake is between 10-12°C all year round, it is recommended to have a jacket and some warm clothes.

The Sorpe Dam, much like its Hennetalsperre neighbour, is another beautiful location you can visit in this district. According to the name, it is located on the Sorpe river flowing through a small town named Sundern. It is actually one of the biggest artificial lakes in the region along with the Biggesee, the Möhne Reservoir, and the Verse Reservoir. Not only does it serve as a local water supply, but it also gives power to many hydroelectric generators. The locals and tourists use this lake for leisure and recreation, with sailing being amongst the most popular activity.

Here are some of the major trails and hiking areas this district has to offer.

Located north of the popular Winterberg, this region features what is known as the largest European rare mountain heaths. As the name suggests, it is situated in the north-west of Germany near Nidersfeld. It features a vast landscape with very few trees and it is at its most beautiful during the late summer month of August and beginning of autumn in September. Pink heather flowers are blooming massively making the fields look like an astounding purplish blanket. This area is filled with beautiful and rare fauna and flora that attracts a lot of visitors. Another local species is the slow-growing dwarf shrub that has taken over a large portion of the landscape. In this area, you might also encounter great grey shrikes and cuckoos.

Despite its moderate size (23–38 sm with a tail, wing span 35–39 sm, weight is 60–80 grams), a great grey shrike is often called the singing feathered predator. It's as hard to imagine a hawk warbling as a nightingale and tormenting the body of a victim. But evolution doesn't care about our stereotypes. The great grey shrike went from insect eating to predation, perhaps further than all his congeners. Most of its prey is made up of small vertebrates: frogs, lizards, rodents and birds, and it also eats large insects (large beetles, mares, etc.). What is also interesting, small birds (like sparrows) do not consider the grey shrike a threat because of its relatively small size, that is why this predator can land among the resting sparrows and choose a good victim at leisure. The grey shrike puts the dead victim on a twig and cuts it in pieces like a butcher, thus its name in Latin is Lanius.

When hiking in the area, keep an eye on those birds and the beautiful scenery around, you are sure to have a splendid hike here.

Another area of this region famous for its beautiful sights and fantastic trails is the Diemelvalley. It is formed by the river Diemel which is flanked by forests that have retained their original character. A particularly beautiful section of the Diemel Valley in South Westphalia is to be found near Obermarsberg. Here, different types of deciduous forests have evolved close to each other on the steep western slope of Eresberg mountain, the so-called "Königsseite" (King's Side) below the town. Multi-stemmed gnarled hornbeam trees, beech trees, the climbing shrub called ‘old man's beard’, clematises grow here. By shady rocks you can find mosses, lichens and ferns, as well as such vascular plants as bladder campion, the white swallow-wort and the orpine (also called ‘hare’s cabbage’), all with white to greenish-yellow flowers. One very beautiful kind of plant you will encounter during your hikes are orchids growing in the wilde, which is uncommon for this flower typically found as a potted plant in many households. A combination of rocky, sunlit places with shaded, bushy forests, this area has something to offer for everyone. You might even get to hear the cry of a raven.

One of the wonderful assets of this area is the Coppice forests as they have become quite rare. Featuring hobbit-looking trees with various stems that grow into fun shapes, this area will make for a beautiful hike. The local environmentalists take very good care of this area in order to preserve its beauty. This area actually features two natural reserves both of Coppice Forests, i.e. the Copice Forests near Visbeck and the Odin Coppice Forest.

Hunau - Nature Experience Trail over the north-east of Schmallenberg

As the title suggests, this is a nature experience trail situated over the north-east of Schmallenberg. It runs at quite a high elevation of 818 meters a.s.l., making it one of the highest in the region. This trail winds along the ridge and is approximately 14 kilometres long. It goes between the villages of Bad Fredeburg and Siedlinghausen and also passes through a nature reserve.

Situated between Arnsberg and Menden, the Luer Forest and the Bieber Stream are also quite the sight to behold for nature lovers. These nature reserves cover an area of more than 25sq. km. You will find here a lot of beech and oak forests and extremely acidic soils. The Bieber Stream is composed of several smaller streams that eventually join together to form the Bieber Stream. The Luer Forest features a lot of interesting bird species because of the diversity of the types of wood found in the area. Ravens are also common here.

Animal lovers rejoice! Throughout the hiking trails in the area you will be able to witness an incredible project that has taken place in Europe. Some even call in one of the most sensational conservation projects in Central Europe. Nature specialists have reintroduced the European bison (Schanze) into the wild, this huge animal was previously found only in animal reserves. The trail, most commonly known as the Bison Path or Wisent-Pfad in German goes through the area of Schanze habitation and follows throughout the landscape where you will be able to observe these giant herbivores roaming the earth freely, just as they used to before human onslaught.

Now that we have touched on some of the most beautiful landscapes and available trails in the area, let’s dive into the major cities and resorts of the district.

Located in the northern regions of Sauerland, Arnsberg sits in the valley of the Ruhr river. This town is fantastic for nature lovers as it is completely surrounded by forests and nature. It is easily accessible by car or train and makes for a great day trip. They also have a small regional airport designed for smaller private aircrafts and not used for public transport.

This is a very cosy town usually associated with health and spa treatments. This area is famously known for being a climatic health resort. Schmallenberg is actually one of the biggest of all towns in its area in terms of square mileage. Yet, it is very quaint and peaceful. This town deserves a visit by those seeking nature respite and a slower-pace of living.

Sunny autumn day near Schmallenberg in Sauerland in Germany

Winterberg was definitely a must-go-to place as it is truly the most famous ski resort of the area. The town of Winterberg is gorgeous, featuring beautiful architecture that will make you feel as if you have gone back in time, it is especially pretty in winter (or snowy) months. Combine your winter sports vacation with a trip around the area and you will experience the best that nature has to offer.

Last but certainly not least is the town of Brilon which is located on the Brilon Heights at an altitude of roughly 450 meters. The river Möhne can be found close by adding to the gorgeous landscape of this town. Two other beautiful points of reference next to this town are the Arsnberg Forest (a nature reserve) and the Diemel Lake (another nature reserve), those locations make for beautiful hikes.

We hope this guide on Germany’s hard-to-pronounce district of Hochsauerlandkreis was helpful! Don’t forget to download the app in order to check out all the mountains of the region with incredible precision. 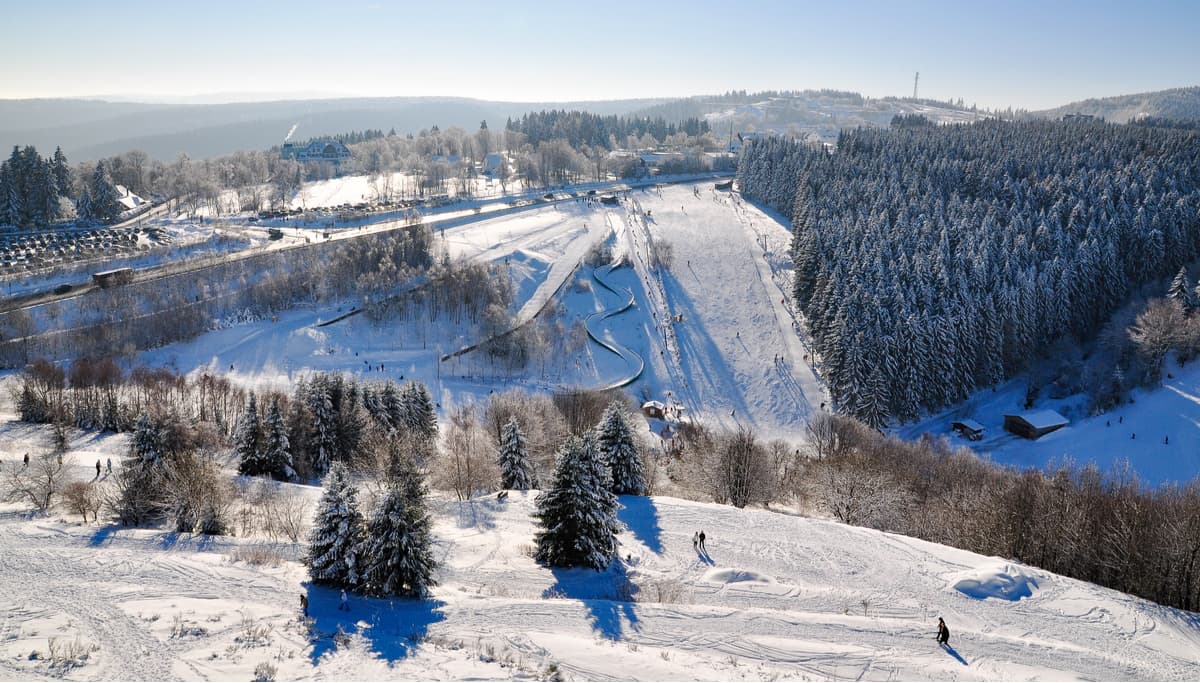 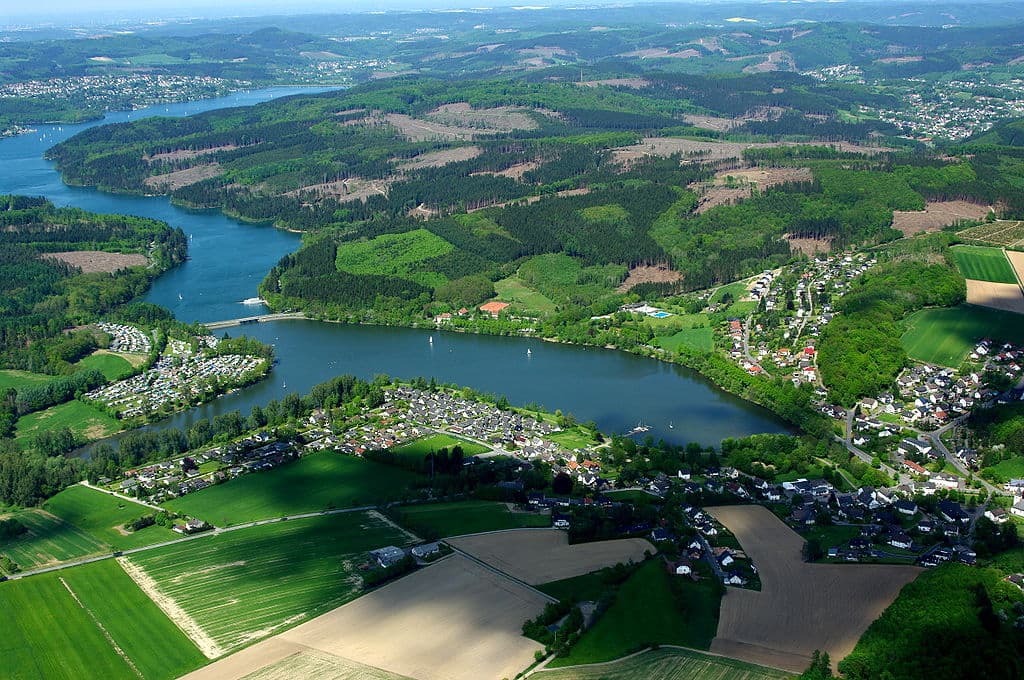 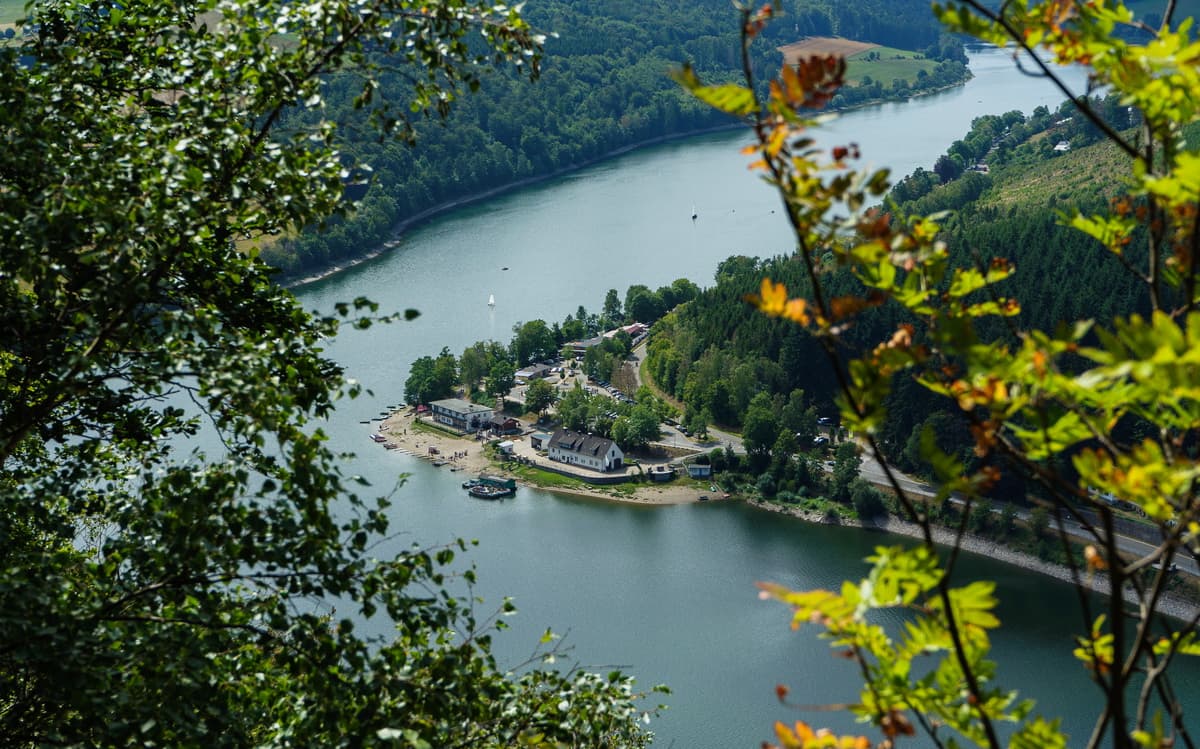