Parque Natural Sierra de Tejeda, Almijara, y Alhama (English: Sierras of Tejeda, Almijara, and Alhama Natural Park) is located in the southernmost region of the autonomous community of Andalusia, Spain. Situated within the provinces of Granada and Málaga, the Natural Park is home to 34 named mountains, the highest and most prominent of which is Maroma (2,069m/6,788ft). 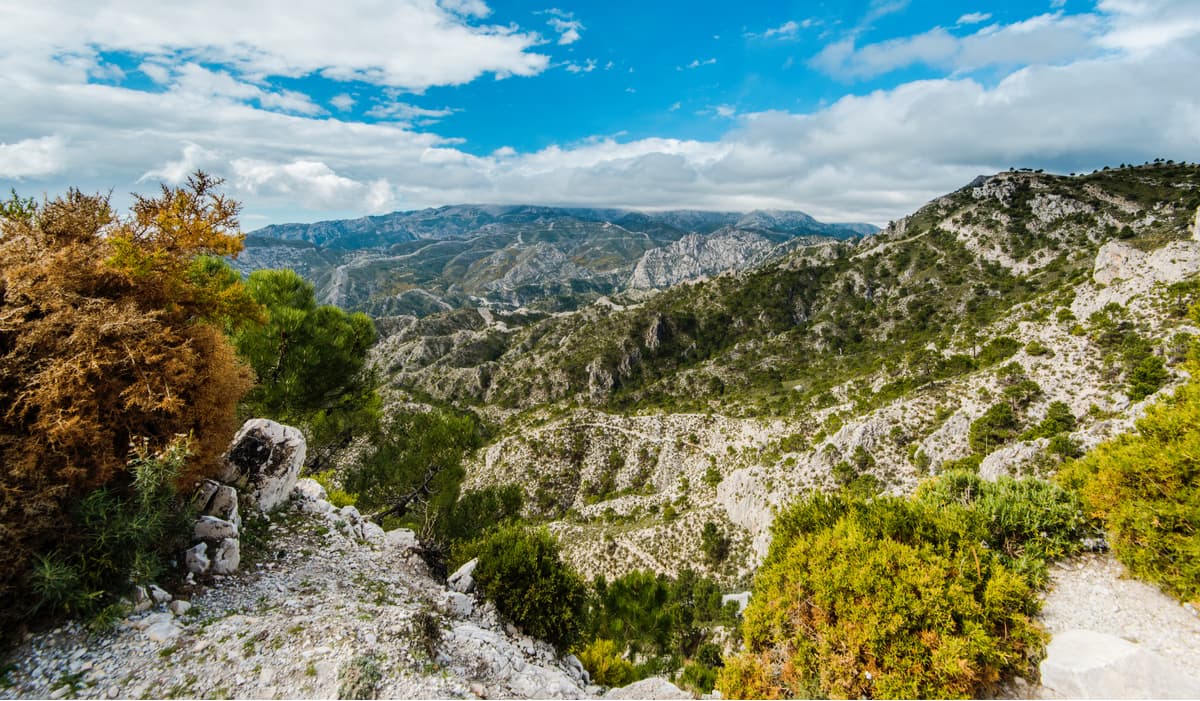 Sierras of Tejeda, Almijara, and Alhama was declared a natural park on September 21, 1999. It is recognized as a “Lugar de Importancia Comunitaria,” or LIC, (English: Place of Community of Importance) within Andalusia, and is also considered a Site of Community Importance (SIC) by the European Commission.

The park itself contains 406.57 square kilometers (156.98 sq. mi) of land and is highly mountainous. The peaks within Sierras of Tejeda, Almijara, and Alhama are part of the greater Andalucian Ranges, which contains 2,592 mountains that cover much of southern Spain, including the communities of Extremadura, Castille-La Mancha, and Murcia.

Due to its location along the Mediterranean, the natural park has a fairly unique climate. The peaks of the park experience substantial rainfall from December to March, especially when compared to the surrounding area.

The mountains of the natural park extend along the coast of the Mediterranean, covering a region that extends from Vélez-Málaga to Motril, although the park itself has just a sliver of coastline. Within the park, the mountains are known for their sharp ridges and ruggedness, so they’ve traditionally formed a natural barrier between the provinces of Málaga and Granada.

Many of the peaks in the park are over 1,500m (4,900ft) tall. Some of the most recognizable include Maroma, Cerro del Lucero, and Navachica, which are the three most prominent peaks in the park.

Geologically, the mountains of the park are rich in gneiss and quartzite, some of which are over 300 million years old. However, the most common type of rock within Sierras of Tejeda, Almijara, and Alhama Natural Park is limestone. Additionally, the park is home to one of the largest concentrations of dolomitic marble in all of Spain.

Due to the geologic nature of the park, and its high concentration of limestone, it is home to a large number of caves, many of which are popular tourist attractions. The Cueva de Nerja (English: Caves of Nerja) are some of the best known, thanks to their stunning stalactite formations. The caves are also home to at least 589 rock paintings that date back to the Upper Paleolithic age and are recognized as a national monument.

It’s not all rocks and mountains in Sierras of Tejeda, Almijara, and Alhama Natural Park, though. The park was once home to an abundance of yew (Taxus baccata) trees, though many were destroyed because they are toxic to sheep and cattle. To this day, however, visitors can see the southernmost remaining yew trees in all of the Iberian Peninsula on the path up to the Salto del Caballo waterfall.

The park is also home to a handful of rare, endemic plant species. These include the Balearic boxwood (Buxus balearica), Phoenician juniper (Juniperus phoenicea), and the joint pine (Ephedra distachya). While many of the original plant species were removed by local farmers and ranchers over the last few centuries, you can still see typical Mediterranean forests and scrub higher up in the park.

As far as fauna goes, the natural park is home to a diversity of aminal species. The most emblematic species in the natural park is the Iberian ibex, of which there are approximately 2,000 remaining individuals. The natural park also boasts a healthy bird population, with plenty of species to look out for, including horned owls, golden eagles, Bonelli’s eagles, and Egyptian vultures.

Historically, the relatively poor soil and steep slopes of the region that is now Sierras of Tejeda, Almijara, and Alhama Natural Park were not conducive to human life. But, people have lived in the region for millennia, hunting in the forests at lower elevations.

The region has a long history of Moorish inhabitation. In fact, the area to the west of Granada was home to one of the last Muslim strongholds in all of Spain during the Nasrid dynasty.

The Alhambra fortress complex with the Nasrid Palaces and Generalife a UNESCO World Heritage Site.

Plus, the mountains in what is now Sierras of Tejeda, Almijara, and Alhama Natural Park have a long history of being used for refuge by bandits. They were famously used as a hiding spot for anti-Franco guerrillas during the Spanish Civil War but were also exploited for mining, wine production, sheep herding, and timber.

Here are some of the major hikes in Sierras of Tejeda, Almijara, and Alhama Natural Park:

If you’re interested in climbing to the top of Sierras of Tejeda, Almijara, and Alhama Natural Park’s tallest summit, then this hike just might be for you. On this hike, you start at Alhama de Granada and cover a distance of 15.2km (9.45mi) as you walk to the summit of Maroma. Along the way, you’ll gain over 937m (3,075ft) of elevation, but will be rewarded with stunning views of the surrounding landscape for your efforts.

This 5.3km (3.3mi) loop walk is well marked and provides hikers with a chance to get some beautiful views of the natural park and the Sierra Nevadas in the background. Pico de Lopera takes most groups just an hour and starts at the Mesón Prados de Lopera trailhead near Motril.

Anyone looking for a long walk with plenty of elevation gain should check out Río Verde. This 14km (8.7mi) covers 1,025m (3,362ft) of elevation change as you walk into the stunning gorge of the Río Verde. The hike starts off of A-4050 near Lentgeí, Otívar, and Almuñecar, which is a short drive from Granada or Motril.

Here are some of the major cities near Sierras of Tejeda, Almijara, and Alhama Natural Park where you can start your journey:

Málaga is the capital city of the province of Málaga and is located along the Mediterranean coast. An extremely popular tourist destination, Málaga is home to over 570,000 people and offers the best air travel connections in all of Andalusia, beside the city of Sevilla. Málaga is full of great sights to visit, but it’s also just a 45-minute drive to Frigiliana, a small village at the foothills of Sierras of Tejeda, Almijara, and Alhama Natural Park.

Plus, the port of Málaga, which has been in continuous operation since at least 600 BCE, offers passenger ferry connections to the city of Melilla in Northern Africa. So, you can use your time in Andalusia to also explore this small, autonomous Spanish city with just a quick ferry ride across the Mediterranean.

Granada is the capital city of the province Granada. The city itself is home to over 230,000 people and is located at the foothills of the Sierra Nevada mountains, near Parque Nacional de Sierra Nevada (English: Sierra Nevada National Park).

The city of Granada is located some 70km (43mi) north of Motril and is an hour’s drive to the town of Fornes, just north of Sierras of Tejeda, Almijara, and Alhama Natural Park. As a major metropolitan city in Andalusia, Granada has an airport that offers good connections to cities around Spain and southern Europe, so it’s pretty easy to access.

Motril is a coastal city within the province of Granada. Located along the Mediterranean coast, Motril is home to over 60,000 people, which makes it the second-largest city in the entire province. Motril is a major Spanish Mediterranean port, with good ferry service to the city of Melilla in Northern Africa.

While Motril does not have any rail transport, it is fairly easy to get to from Málaga and Almería on the A-7 and A-44. Motril is rapidly growing in popularity, thanks to its fantastic beaches. So, if you’re looking to combine a beach vacation with some mountain adventures, Motril is a great place to start. 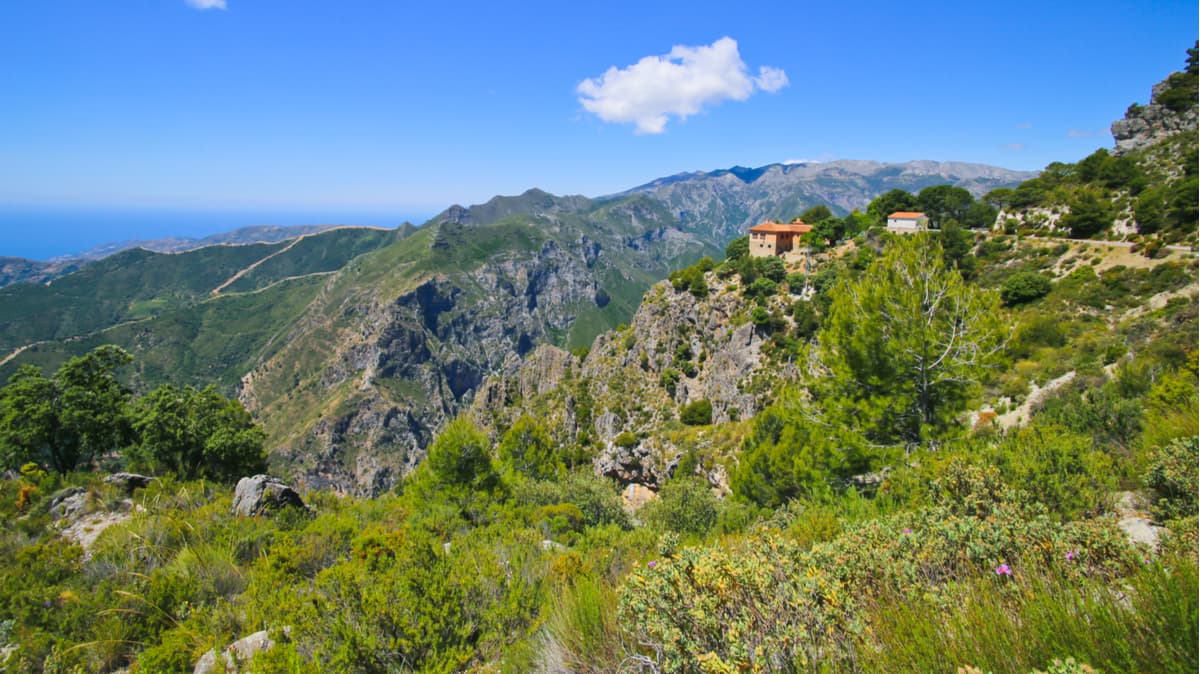 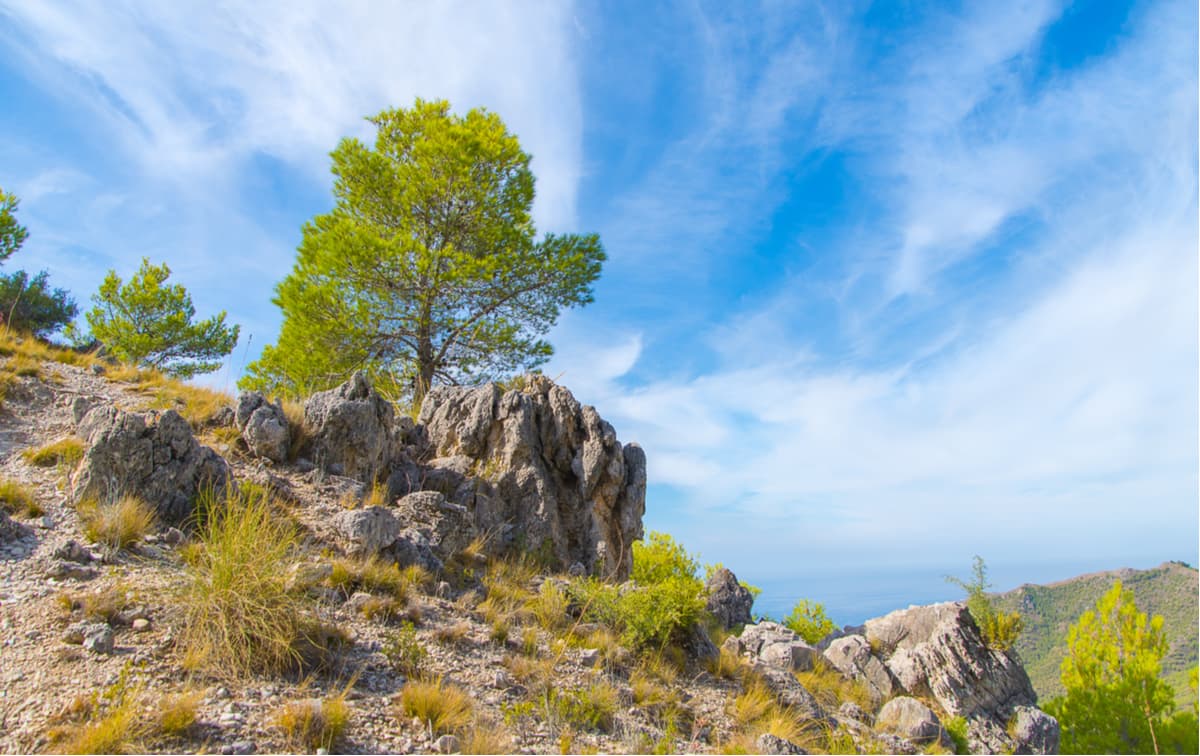 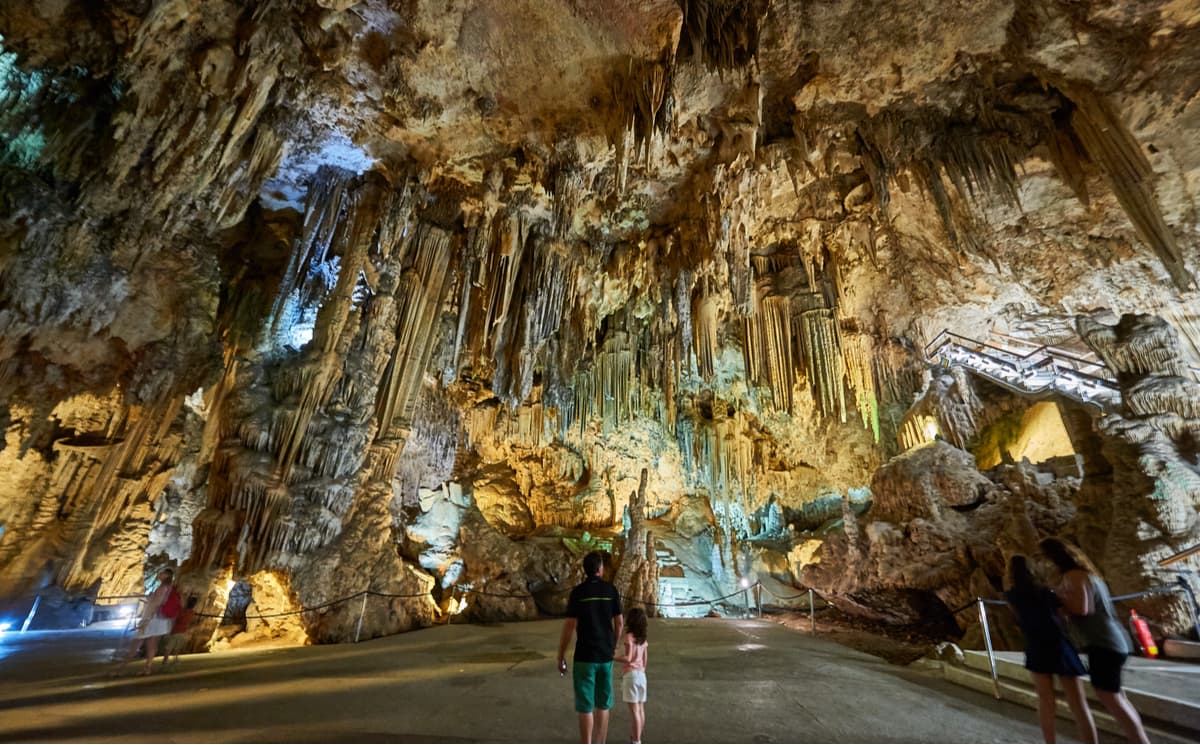 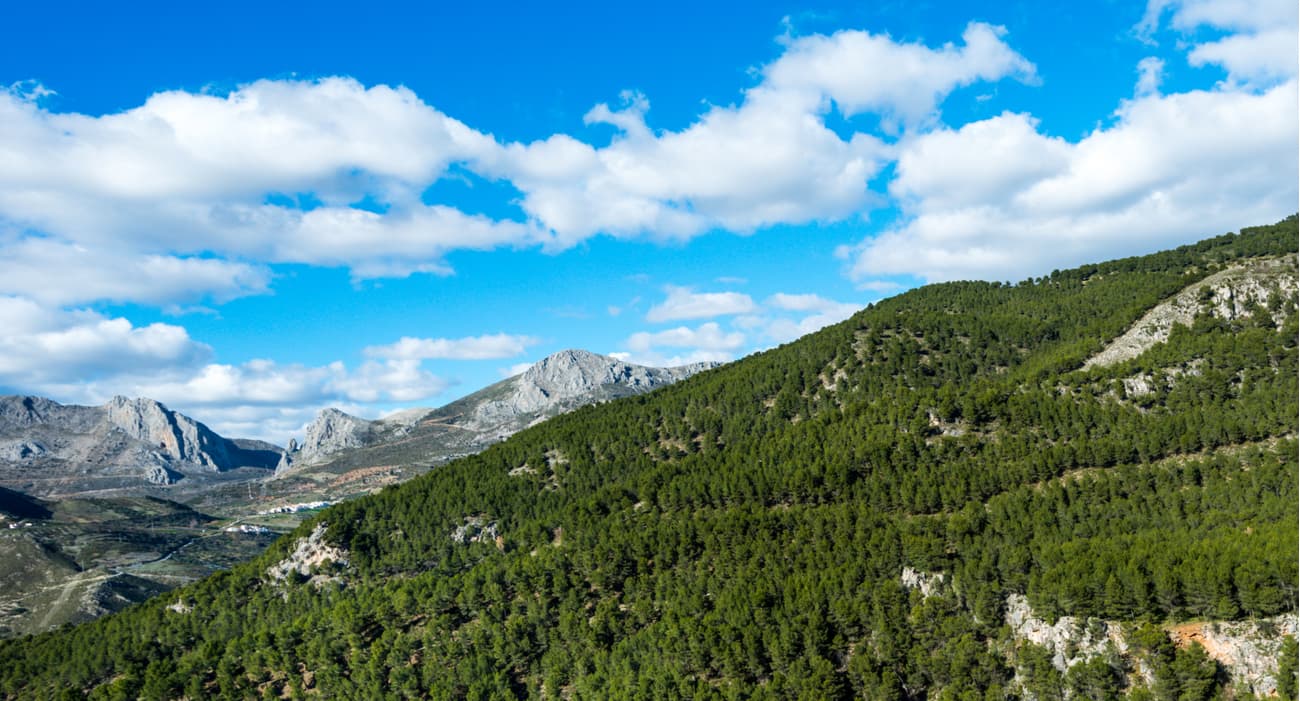 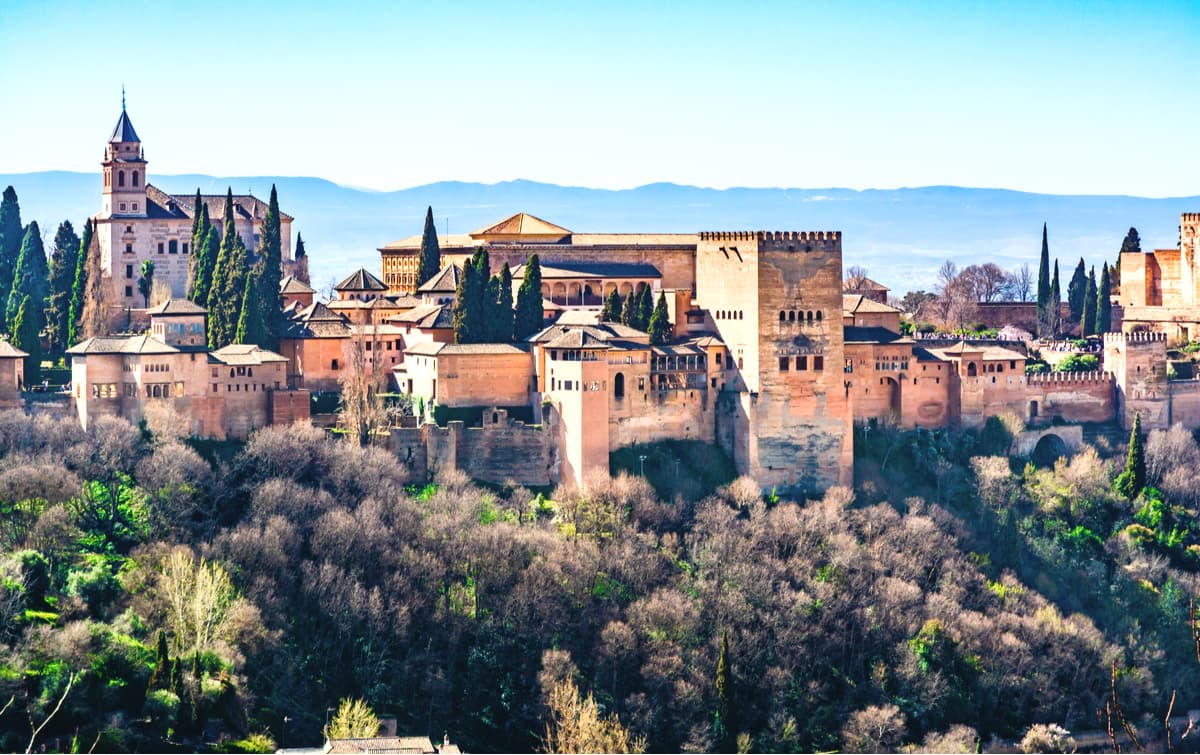 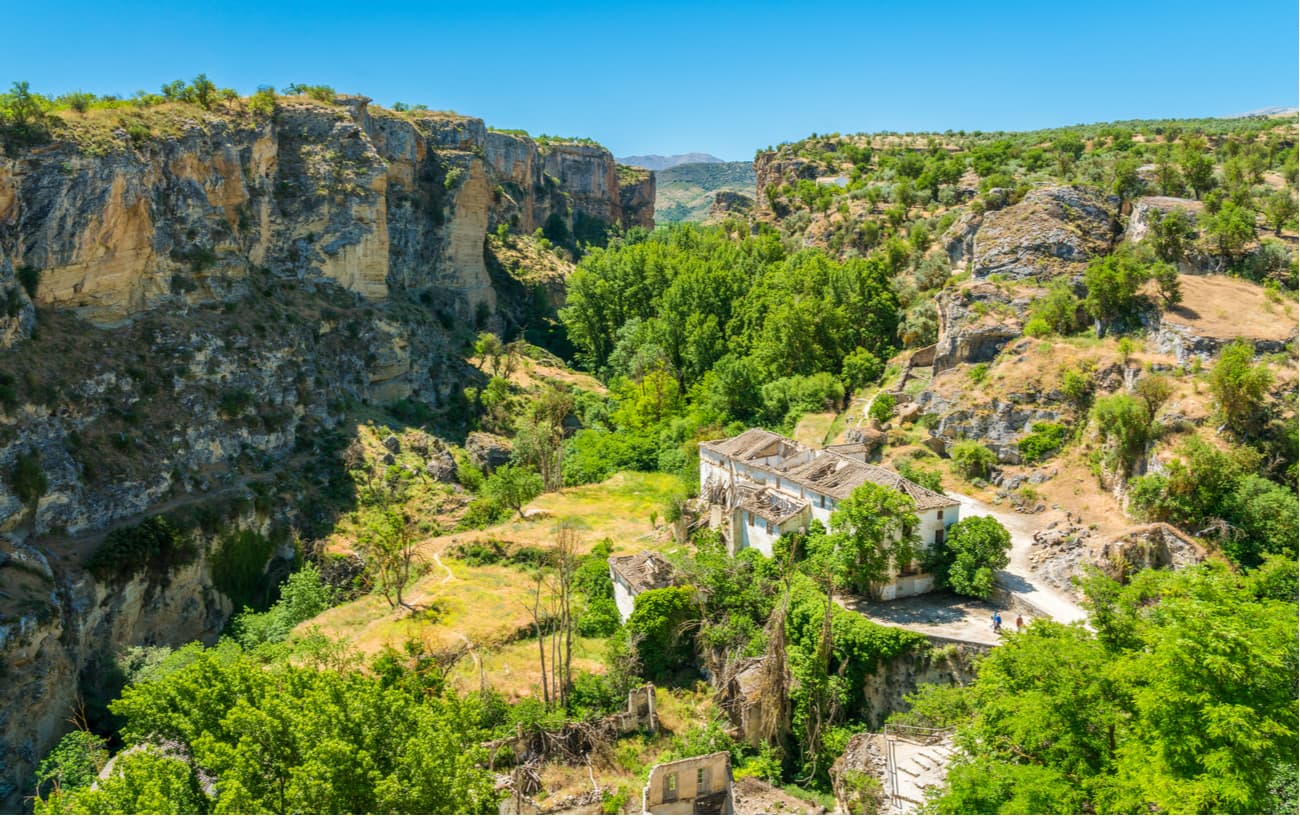 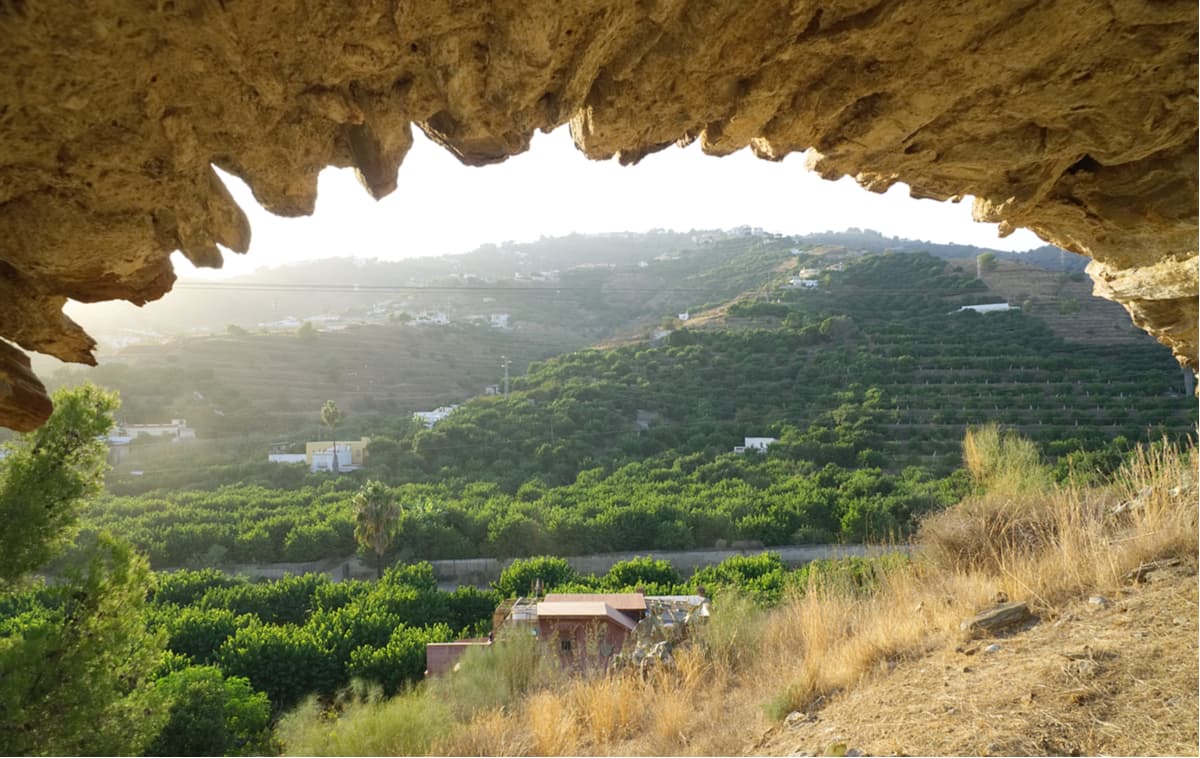