Taking their name from their stunning limestone peaks, the Lefka Ori (or White Mountains) dominate the landscape of western Crete in Greece. The Lefka Ori are home to 53 named peaks, with about 30 standing at over 2,000 m (6,462 ft) in elevation. The tallest and most prominent of these peaks is the summit of Pachnes, Crete’s second tallest mountain, at 2,453 m (8,048 ft) tall and 2,037 m (6,683 ft) in prominence. 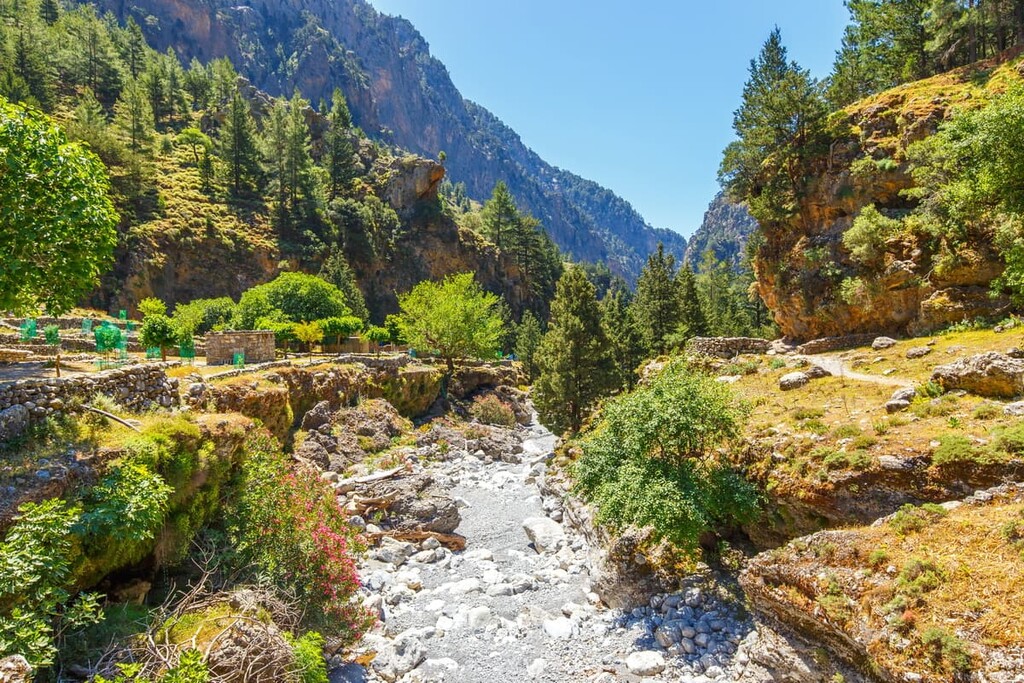 The Lefka Ori reside in the central portion of the western part of the Greek island of Crete, specifically in the regional unit of Chania. Located close to the southern coast of Crete, the mountains overlook the Mediterranean and Libyan seas. The mountains are the largest range in Crete, taking up nearly 7 percent of the island’s surface area.

The area is geographically and geologically rich and varied, with vast plateaus, caverns, gorges, ravines, cliffs, and, of course, a portfolio of several dozen extraordinary summits.

The heart of the Lefka Ori revolves around the aforementioned Pachnes mountain, as well as another of the tallest peaks, the Troharis. These mountains are just north of a series of vast, fertile plains, with gorges such as the Aradena Gorge scattered throughout.

The western range of the mountains, differentiated by the Samaria Gorge—considered the most famous gorge of the Lefka Ori’ 50 gorges—and the Omalos plateau, boasts the popular summits of Gingilos and Volakias, among several other notable peaks. And in the northwest, looming above the Samaria Gorge, is the mountain of Melindaou and its similarly impressive neighbors.

The east is home to high plateaus often used for farming and herding, rich green hills, and mountains like the Kastro, the Kakovoli, and the Skoutsio Korifi.

Otherwise, the Lefka Ori host two of Greece’s deepest caves, Gourgouthakas—the deepest in all of Greece—and the Lion Cave, or Leon Cave.

The geological landscape of the Lefka Ori consists primarily of Mesozoic marble, limestone, and dolomites, comprising an expansive karst complex.

This karst formation stems from the time in which Greece was merely a part of the Tethys Sea, some 200 million years ago. Eventually, tectonic movements and their associated uplifting events resulted in the appearance of continental and island land masses.

Crete was initially unified with Greece as one land mass and it remained that way until the Messinian salinity crisis (MSC) some 5 million years ago.

About 1 million years ago, the Lefka Ori truly began to take shape from continuing uplift. This uplifting forced the calcium carbonates (now marbles, limestones, and dolomites) that once comprised the bed of the Tethys Sea to move upwards and increase in elevation. As a result of this uplift, the massive peaks known today were formed.

Other tectonic processes, as well as widespread erosion, resulted in the mix of geological features that make the mountains so unique, such as the region’s many caverns and gorges.

Many unique and rare species of flora and fauna call the Lefka Ori their home, including around 170 endemic taxa. One of the most famous animals of the mountains and, by extension, Crete as a whole is the endemic kri-kri, otherwise known as the Cretan goat or Agrimi.

Other notable mammals of the 32 species that have been recorded in the area include the Cretan wildcat (though its taxonomic status is debated), Blasius’ horseshoe bat, the Cretan shrew, the Cretan spiny mouse, and the Mediterranean monk seal.

The last of these species, the Mediterranean monk seal, uses the underwater caves along the mountains’ southern coast to breed. In the terrestrial caves of the mountains, many of the 15 species of bat in the range can also be found.

Of the notable bird species in the range, many raptors, like the peregrine falcon, golden eagle, sparrowhawk, buzzard, kestrel, and Bonelli’s eagle reside in the park. Crete is also the only part of Greece inhabited by bearded vultures. In the mountain ecosystem within the range, common birds include the wren, woodlack, wheatear, alpine accentor, and chough.

Furthermore, though about 60 species of bird take residence around the Lefka Ori, around 200 birds can be found passing through or wintering at various times of the year. This includes species such as the Egyptian vulture, black kite, and short-toed eagle.

Around 15 species of reptiles and amphibians have been found in the Lefka Ori, the latter of which includes the endemic Cretan frog and the Hyla arborea kretensis, a type of Cretan tree frog. Cretan wall lizards, ocellated skinks, and cat snakes comprise some of the area’s reptile community.

Finally, the region is known for its many endemic beetle species and endemic land snails, found through the forests and mountains.

Though the alpine peaks of the Lefka Ori are characteristically bare, at lower elevations, thick Mediterranean forests can be found, most of which are evergreen in nature. Generally, but not exclusively, on the southern slopes of the mountains and on the Cretan coast, these forests consist largely of Turkish pine; these southern slopes are also populated by clusters of carob trees.

The northern slopes, as well as the plateau of Omalos, mark the home of the Cretan zelkova, an endangered tree endemic to the island. At higher forested altitudes, cypress forests, with Cretan maples and Kermes oaks, are common. Myrtle and lentisc trees are also present in various locations throughout the mountains.

As the mountain ecosystems increase in alpine influence, up to around 2,350 m (7,710 ft) in elevation, the prevalent flora include herbaceous plants and shrubs, such as the prickly juniper, Astragalus angustifolius, Cretan barberry, and prickly thrift.

The Lefka Ori also boast many species of wildflower, some of which belong to the mountains’ several dozen endemic plant species. Hooded helleborine, Cretan iris, Cretan ebony, and Cretan marjoram are just a few of the many colorful and vibrant wildflowers to be seen throughout the mountains.

Human presence around the Lefka Ori and the surrounding regional unit of Chania has been ongoing since at least the age of Minoan Crete, beginning about 5,000 years ago. Tombs and settlements from the Minoans have been found directly to the north of the mountains’.

Throughout their history, the Lefka Ori have been famously used as a strategic hiding place. When Crete, as the Kingdom of Candia, was a colony under the rule of the Venetians from the thirteenth to seventeenth centuries, Cretan rebels hid amongst the Lefka Ori peaks, crags, and gorges, especially during the age of rebellions from the thirteenth to fourteenth centuries.

Afterward, when the Ottomans came to power in Crete in the seventeenth century, the mountains would serve much the same purpose, and again in the 1940s, when thousands of Allied soldiers and Greek resistance fighters fought against the German occupation of Crete.

Running through the Lefka Ori are two branches—one coastal, one alpine—of the E4 European long distance path, a trekking trail that stretches from Spain to Cyprus. Though these treks are considered best for experienced hikers, within them are also shorter sections that are more preferable for casual day hikes.

The alpine branch of the E4 winds through the Kallergis refuge, near the village of Omalos in the northwestern section of the mountains. Subsequently, it travels eastward to the Katsiveli plateau, up the peak of Kastro, and down through the Imbros Gorge.

There are many recommended guided tours for mountaineers and hikers in the Lefka Ori, many of which offer some of the best ways to summit some of the grandest peaks of the range, such as Pachnes, Gingilos, and Volakias.

Guided tours are also often recommended (but not mandatory) for hiking Samaria National Park, a popular hiking location that encompasses the Samaria Gorge. The main Samaria Gorge trail is around 9 mi (14.5 km) long and of moderate difficulty, showcasing its gorgeous cliff sides in all their glory, as well as ancient village ruins and thick Mediterannean forests.

Otherwise, there are many other trails of varying difficulties and lengths to explore in the Lefka Ori, such as:

There are several ways to get to the island of Crete, either by plane or boat. It is common to take flights either into Heraklion, which is about an hour and a half drive from the Lefka Ori, or into Chania, which is much closer. There is also a regularly-running ferry from the port of Piraeus to both Heraklion and Chania, as well as ferries from Italy, the Peloponnese, and the Cyclades.

Chania, as previously mentioned, is the closest major Cretan city to the Lefka Ori, located just north of the mountains on the coast of the Mediterranean. The capital of the Chania regional unit, Chania is home to around 100,000 residents, and is notable for both its old and new cities.

The old city rests on the harbor and is surrounded by sixteenth-century Venetian fortifications, with archaeological and architectural remnants of ancient Minoa, Classical and Hellenistic Greece, Ottoman-ruled Greece, and the aforementioned Venetians scattered throughout its narrow, colorful streets. Beautiful historic buildings from throughout the centuries remain as homes, shops, inns, restaurants, and cafés, making the old city a hub of life and activity.

The new city is likewise an alive and fascinating place to experience, housing Chania’s Municipal Gardens, a Turkish clock tower, stunning churches, marketplaces, and plenty of cafés and restaurants of their own. And throughout the city, one can find museums dealing with Chania’s archaeological, folkloric, and nautical history, bustling squares like Splantzia, and lovely beaches.

Bus lines provide transportation from Chania to the villages of the Lefka Ori, with the buses to Omalos and Hora Skafion being the most reliable and frequent.

For those wishing to explore central and eastern Crete as well, it is impossible to overlook Heraklion, the island’s administrative capital, capital of the Heraklion regional unit, and largest city on Crete with a population of over 200,000 people.

Perhaps most famously, Heraklion is near the archaeological site of the palace of Knossos, the once-great center of Minoan civilization.

Like Chania, too, Heraklion also boasts Venetian fortifications, especially around the historic city center and old town. Its rich history can further be seen in its medieval churches, Venetian fountains, historic squares, and historical, archaeological, and natural history museums.

There is certainly no shortage of bars, restaurants, taverns, nightclubs, cafés, and shops around Heraklion, particularly at locations like Lions Square, Freedom Square, and streets like Talos Plaza, Daidalou, and Kalokairinou.

Bus routes run throughout Heraklion and to the other major destinations of Crete. These buses are commonly used to reach Heraklion’s nearby beaches, of which there are certainly many to explore. 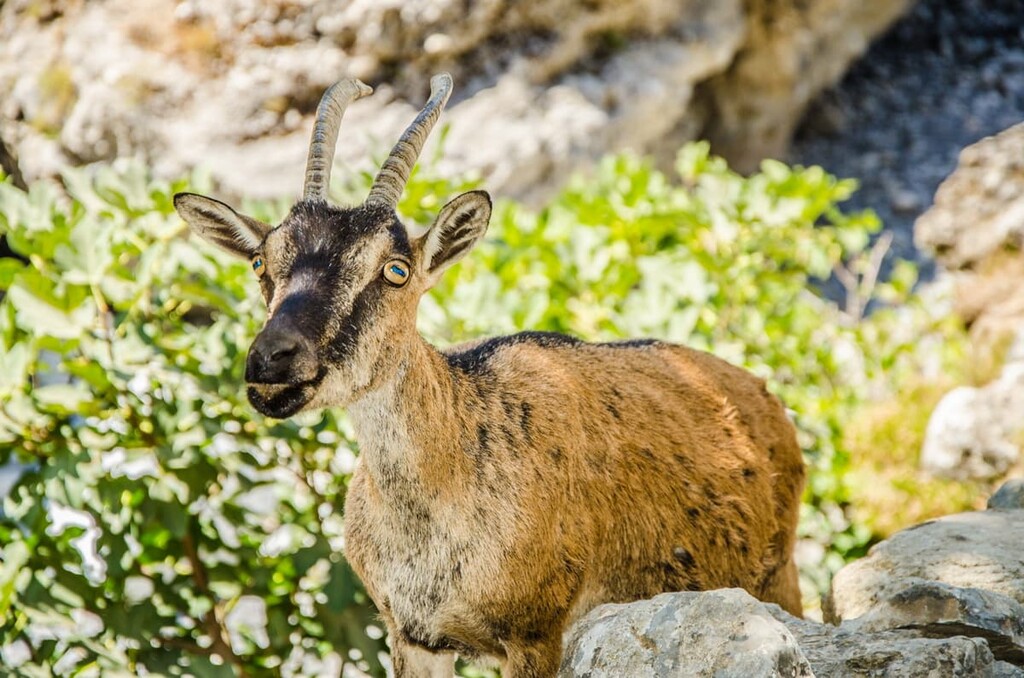 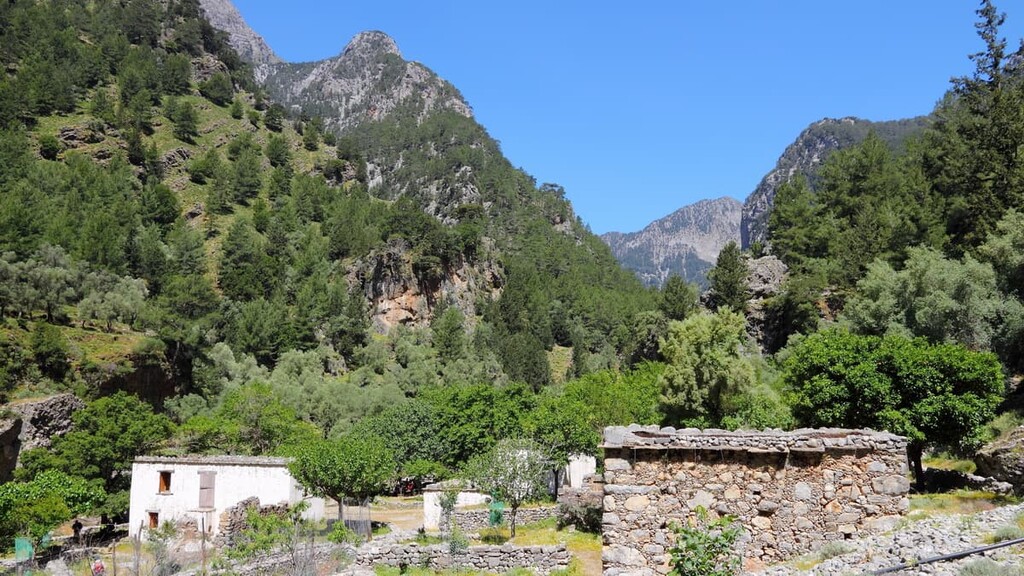 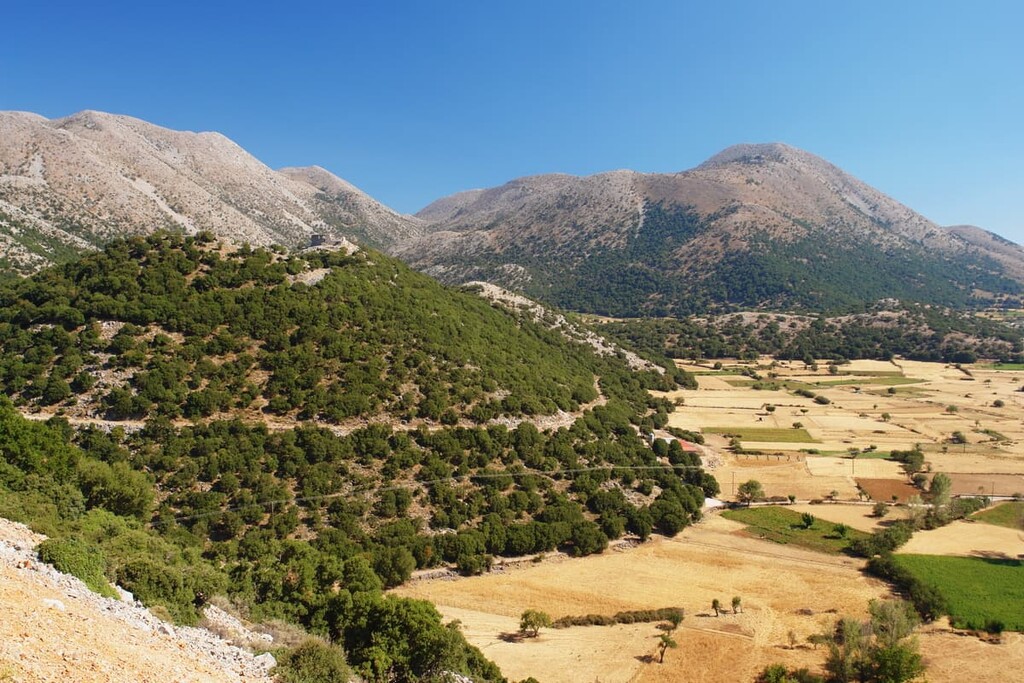 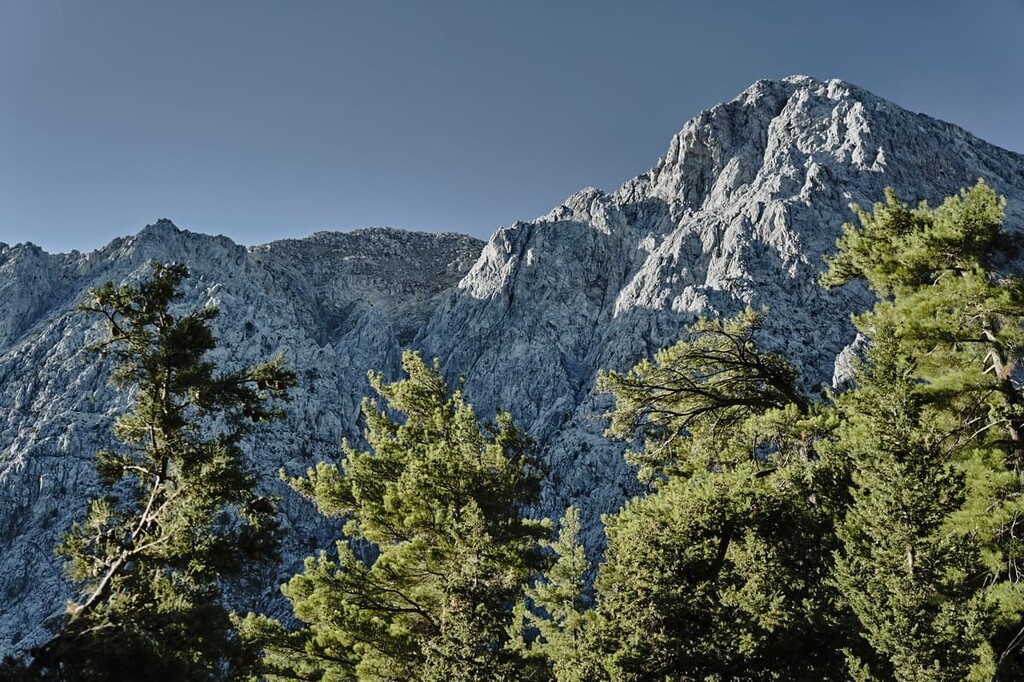 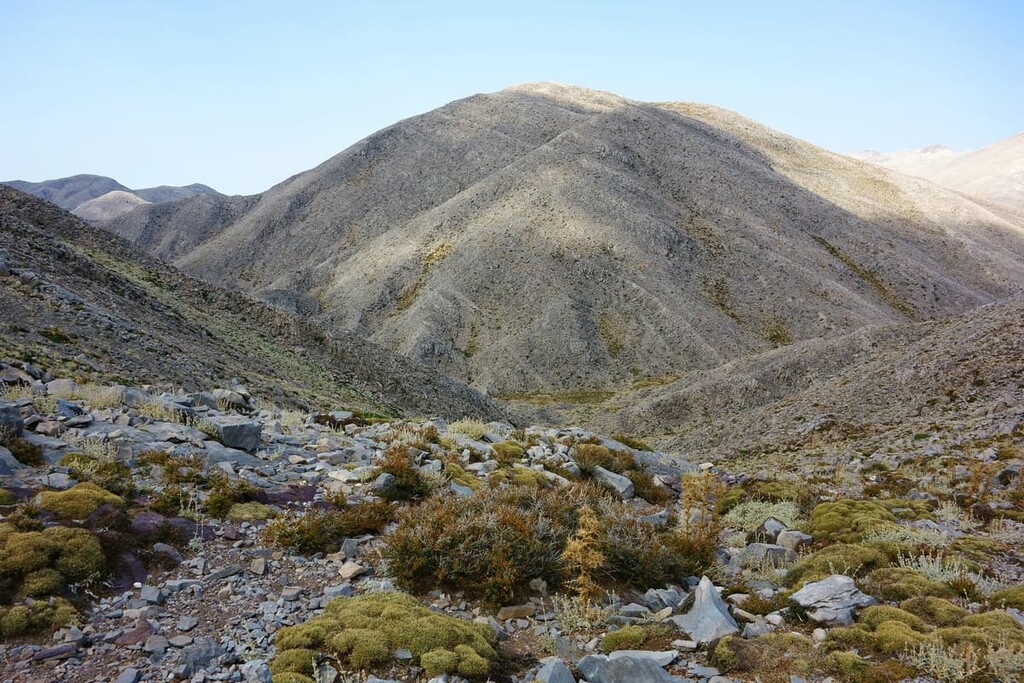 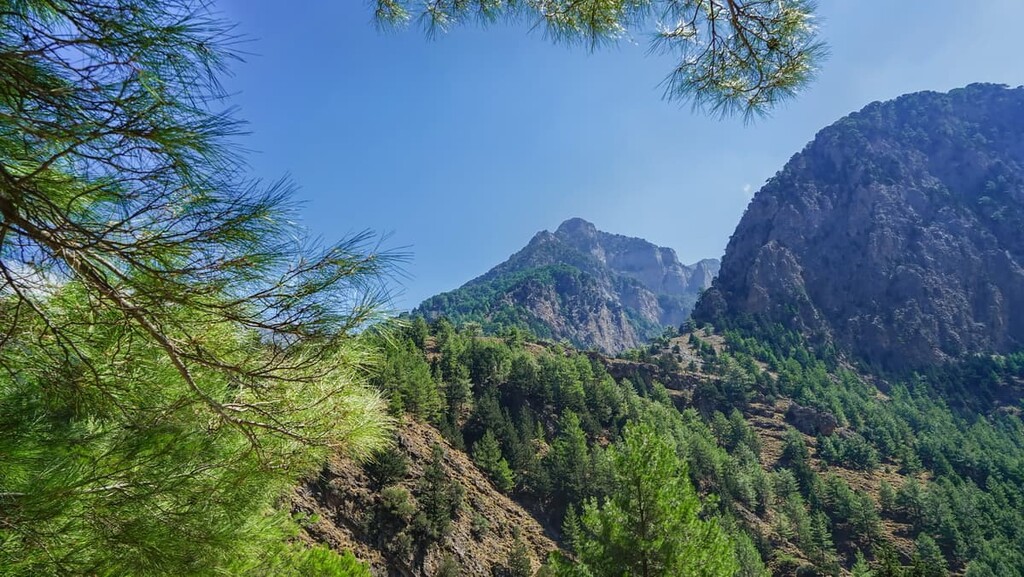 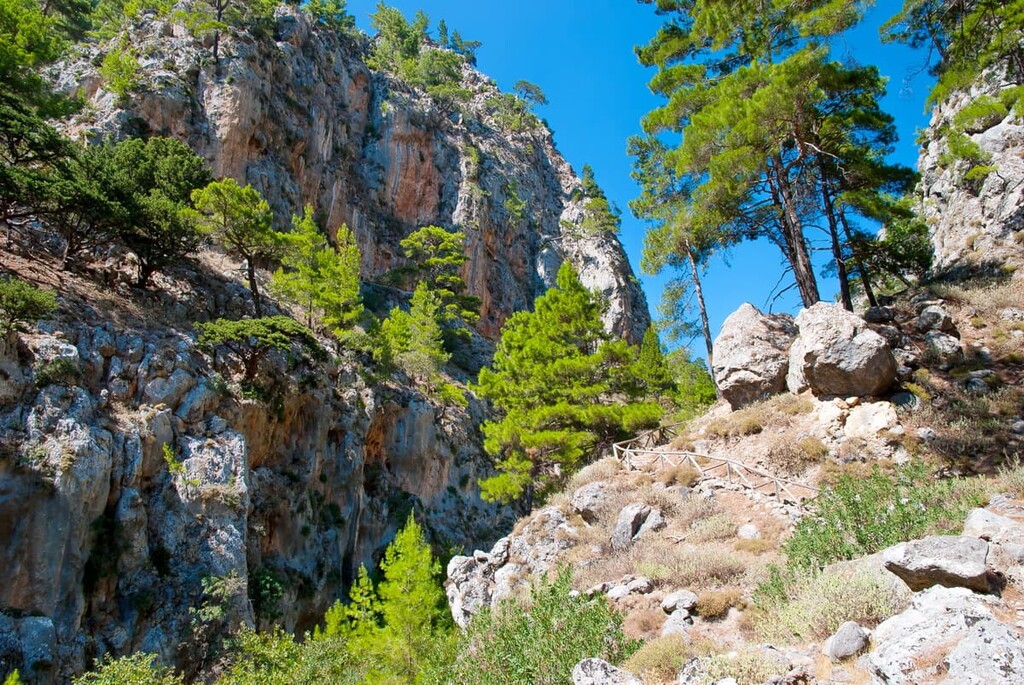