The Choquequirao Regional Conservation Area (Spanish: Area de Conservacion Regional Choquequirao) is a protected area located in the south central part of Peru. The vast region protects a variety of ecosystems just outside the city of Cusco. The tallest and most prominent peak in the conservation area is Nevado Salkantay at 6,271 m (20,574 ft) tall with 2,547 m (8,356 ft) of prominence. 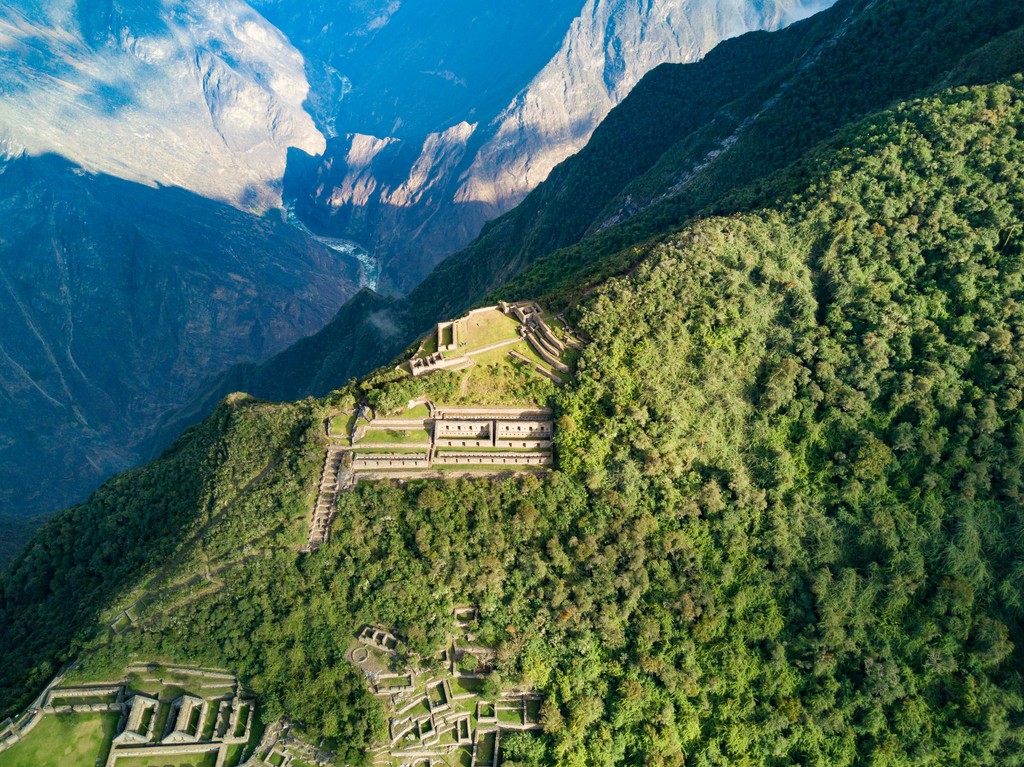 The Choquequirao Regional Conservation Area is situated in the Cusco region (also spelled Cuzco) of Peru. The protected land spans across the Santa Teresa and Vilcabamba districts in the La Convención and Anta provinces in Cusco.

A portion of the Apurimac canyon lies within the conservation area along with sections of dry forest, humid montane forest, cloud forest, and snow-capped peaks. The conservation area features dramatic changes in elevation throughout to allow for a variety of both flora and fauna to thrive.

The archaeological site Choquequirao lies in the region, marking the remains of an ancient Inca city near the base of Nevado Salkantay. The surrounding peaks are part of the greater Andean mountain range. The snowfall in the mountains is vital to the surrounding communities as it provides both drinking water and water for livestock.

Within the conservation area lies the Choquequirao Archaeological Park, which features the ruins of an Inca settlement from around the fifteenth century. The park covers 1,800 hectares (4,448 acres) and overlooks the Apurimac River canyon.

The peaks within the Choquequirao Regional Conservation Area are part of the Vilcabamba Mountains, a subrange of the larger Andes. The Vilcabamba mountains span roughly 260 km (162 miles) north from the city of Cusco, which lies southeast of the conservation area.

This subrange is often noted for its vast amounts of river erosion. The dangerous and narrow rivers have carved out deep canyons and cravasses across the range. The headwaters of both the Urubamba and Apurímac rivers lie within the protected area.

The entire Andes range was formed by the shifting of tectonic plates. As the oceanic crust was subducted beneath the South American Plate, the Earth’s crust was folded and thrust upwards, beginning the formation of the range.

The immense pressure formed the mountains visible today and contributed to the often dramatic changes in elevation. Widespread glaciation has further carved out the landscape, leaving behind sweeping valleys, canyons, and rivers.

The biodiversity of the region is one of the main reasons the conservation area was established in the first place. The varying ecosystems allow for a variety of both flora and fauna to thrive.

The region is home to 16 endemic species of birds along with populations of pumas, toucan, camelids, llamas, and the endangered Andean bear. Creating the park has helped regrow the population of the Andean bear over the past decade. Condors, the largest flying birds in the world, also inhabit portions of the conservation area.

Orchids can be found in the region, and there are estimated to be 3,000 species across the country of Peru. The forested landscape features both humid montane forests and seasonally dry forests. At the highest elevations, the landscape is free of flora and covered in snow throughout the year.

The land in and surrounding the conservation area has been inhabited by humans for thousands of years. The nearby town of Abancay was populated long before the arrival of the Incas. This mountainous landscape marks parts of the ancestral homelands of the Quechua peoples, including the Chancas group.

The nearby city of Cusco, marks the longest inhabited city in the Americas, dating back 3,000 years. From the 13th to the 16th centuries this region was the capital of the Inca Empire until the Spanish conquest.

Prior to the arrival of the Inca culture, the Indigenous people worked primarily as farmers and shepherds, living throughout the rugged and remote terrain. Cusco marks the traditional territory of the Killke people.

Within the conservation area lies Choquequiaro, also known as the Choquequirao Archaeological Park. The site includes ruins from a fifteenth century Inca settlement. The protected region spans 1,800 hectares (4,448 acres) with around 40% of it having been excavated since its discovery.

During the rule of the Inca Empire, the Indigenous peoples way of life was not drastically affected. However, when the Spanish conquered the Inca empire, the Indigneous people found themselves under Spanish rule.

In 1534 CE, the Spanish refounded the city Cusco under their rule. The Spanish also forced the Indigenous Quechua to produce unfamiliar crops and cease the production of their native foods. The once grand Cusco city was almost completely destroyed, with only some foundations left which the Spanish used to construct their own buildings and churches.

The Quechua people were forced into more populated cities, further disrupting their traditional ways of life. In 1821, after decades of fighting, Peru gained independence from Spain. In 1933, the nearby city of Cusco was declared the “Archaeological Capital of South America”.

The Choquequirao Regional Conservation Area was established in December of 2010 in order to preserve the biological diversity and varying ecosystems of the region. The conservation area also works to protect the water sources for local communities and the Choquequirao Archaeological Park.

The Choquequirao Regional Conservation Area is home to numerous hiking trails. Those visiting the region should note that many of the hikes are multi-day treks with some requiring a local guide. Here are some of the most popular hiking areas in the conservation area:

The route to Humantay Lake is one of the most popular routes in the conservation area. The main trail begins in the town of Soraypampa which features accommodation. The trail climbs steadily throughout, passing along various rivers and streams above the treeline. Hikers then reach the pristine turquoise alpine lake with stunning views of Tukaraway peak. This route is 4 km (2.6 miles) long with 397 m (1,302 feet) of elevation gain.

The route can also be extended by beginning south of Soraypampa. This extended route is 6.4 km (4 miles) in length with 442 m (1,450 feet) of elevation gain.

The Salkantay Trek is a multi-day route that cuts across the entire length of the conservation area. The route begins near the town of Soraypampa and passes through the mountains before reaching Machu Picchu. The trail is an alternate route compared to the well-known Inca Trail.

The entire point to point route is 69 km (42.9 miles) long with 3,555 m (11,663 feet) of elevation gain. Hikers have stunning views of the surrounding mountains along with ancient ruins and alpine lakes. Those wishing to complete the entire route should research each of the segments along with the requirements for entering the region.

The Choquequirao Trek is another long distance route located within the conservation area. The route offers another alternative to the Inca trail for those wishing to trek to Machu Picchu. The route takes hikers through the Apurimac Canyon and passes the Choquequirao ruins. Along with panoramic views of the Andes, the trail also has numerous Inca sites throughout.

Looking for a place to stay near the Choquequirao Regional Conservation Area? Here are some of the best cities and villages to check out in the region:

The city of Abancay, which means “the Valley of the White Lilies” in Quechua language, lies just south of the conservation area. Abancay is the capital of the Abancay Province and acts as cultural and economic center for the region.

Home to around 72,000 residents, the city lies within the Andes and is situated above the Pachachaca River. The temperate weather has garnered the city the nickname Eternal Springtime Valley. Each year Abancay hosts a carnival which is noted as one of the best Peruvian musical festivals.

Popular sites near the city include the Ampay National Sanctuary, Clouded Forest of the Amazonian Basin, and the Saywite Archeological Site. The rapids of the Pachachaca River are famous for their whitewater kayaking and canyoneering. Those visiting the city can experience the vibrance of Peruvian culture while being surrounded by seemingly endless trails for hiking and multi-day treks.

Cusco, also spelled Cuzco, is the closest major city to the conservation area. Historically the city was the capital of the Inca Empire and is now the capital of the Cusco Province. Home to around 430,000 residents, Cusco is the seventh most populous city in the country.

In 1983, Cusco was declared a World Heritage Site and in previous decades has blossomed into a thriving tourist economy. The architecture throughout the city showcases the long history of the region with both Inca and Spanish influences.

Perhaps the most popular site in the region is the Inca Trail which leads to the Inca site known as Machu Picchu. Visitors can complete the trek to the site or take a train. Other notable sites include the walled complex of Sacsayhuamán, Qurikancha, and the Cathedral of Santo Domingo. 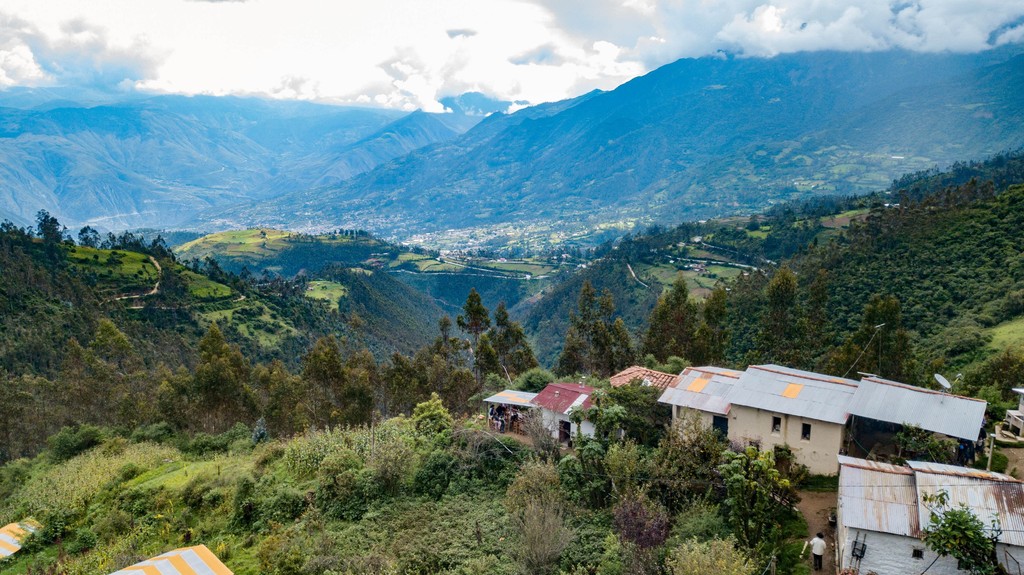 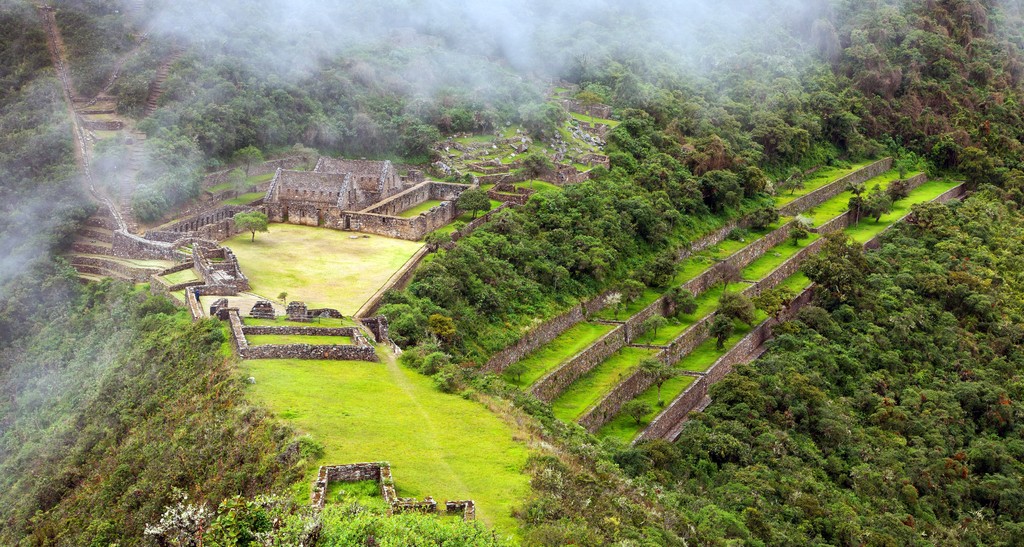 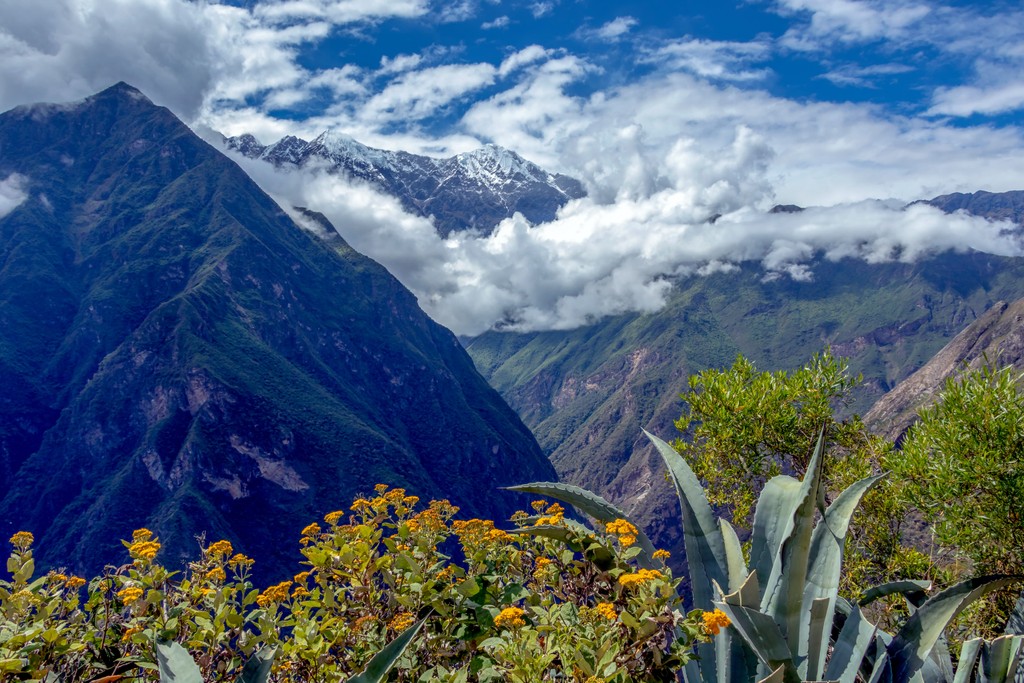 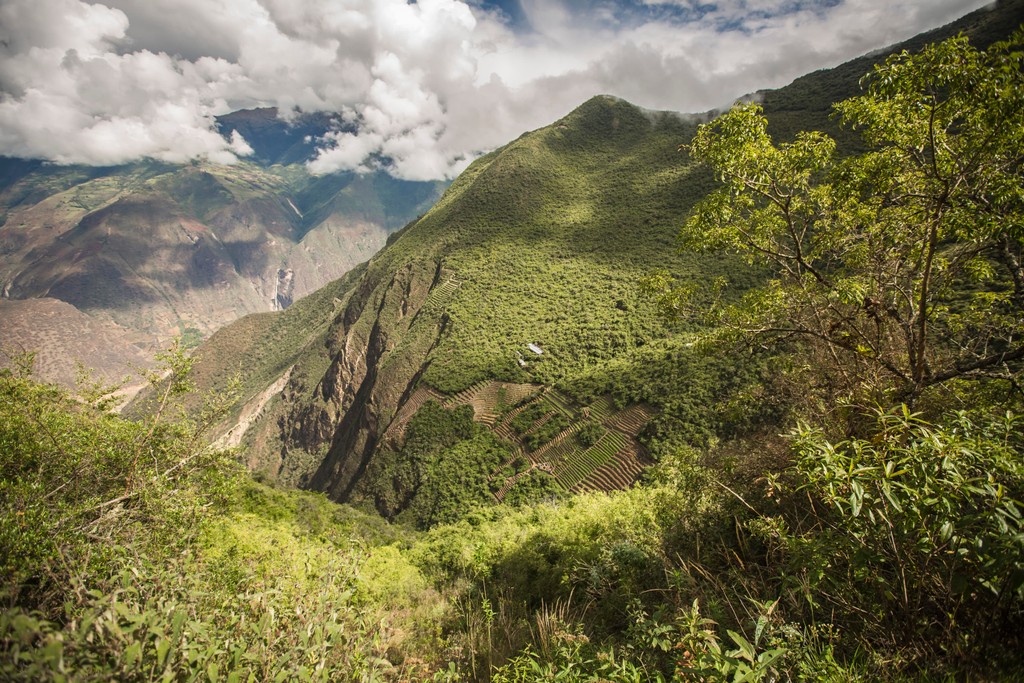 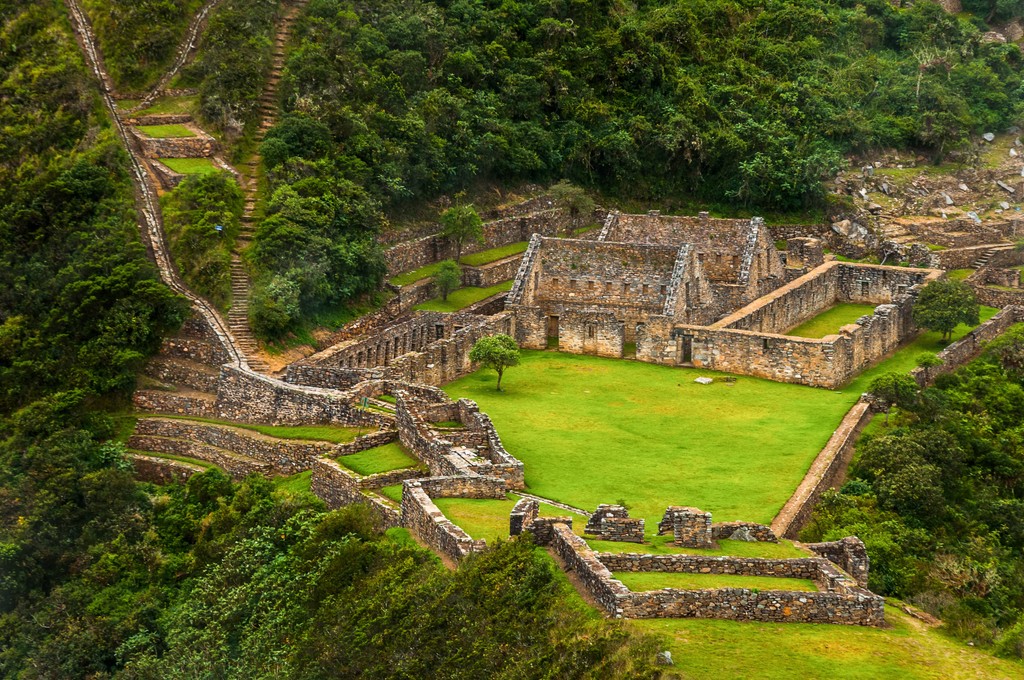 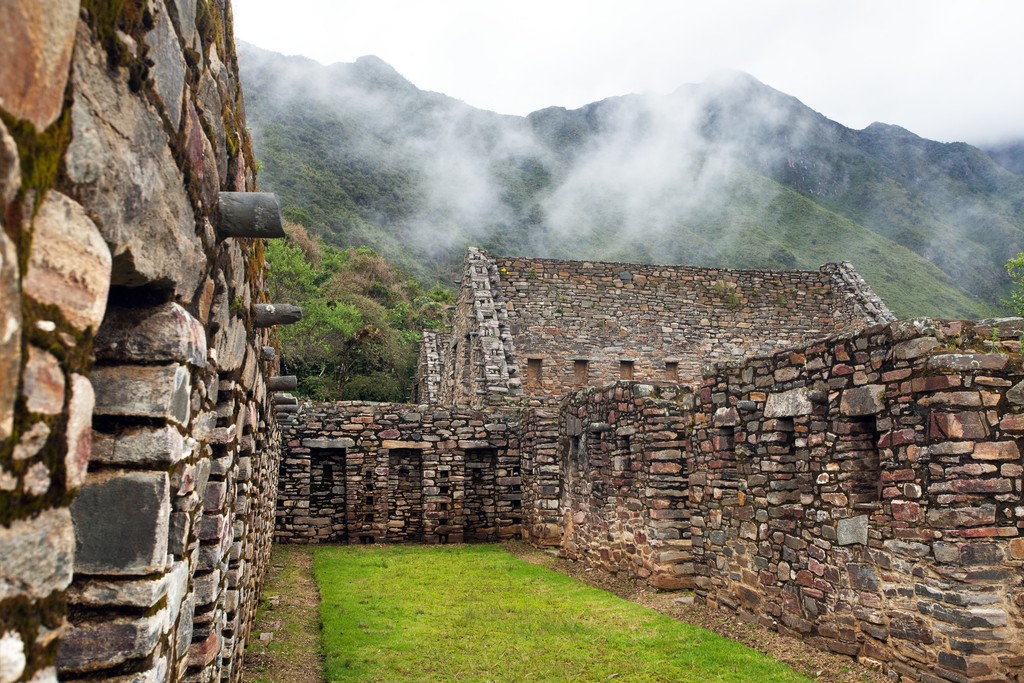 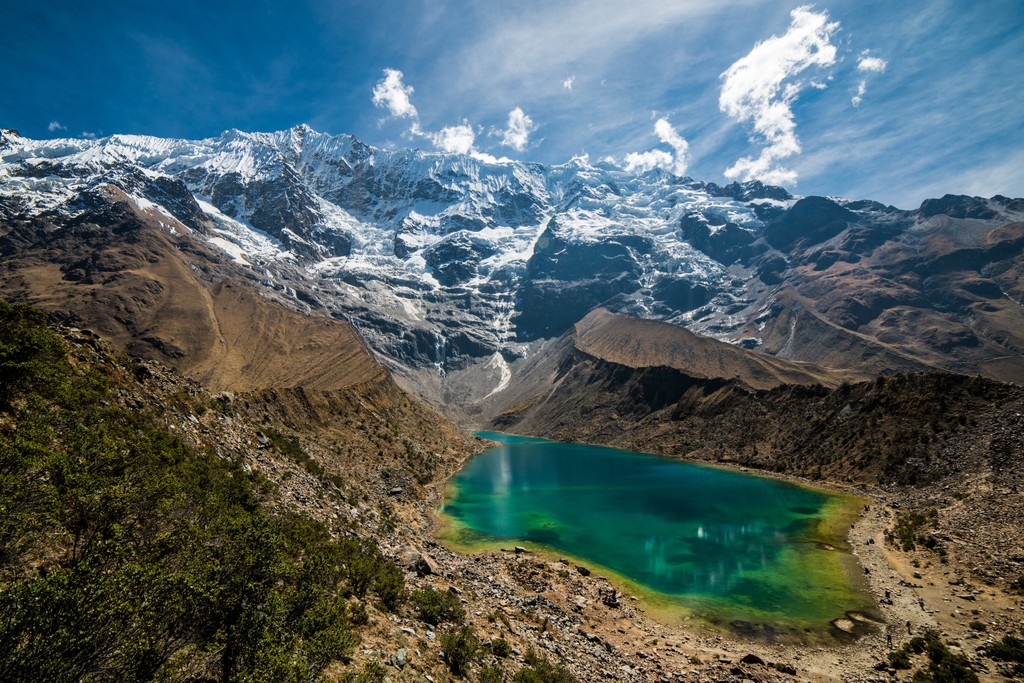