The Dominican Republic is a country located in the Caribbean Sea on the island of Hispaniola. The country is located on the eastern side of the island and it shares the land with the country of Haiti. Dominican Republic covers 18,792 square miles and has an estimated population of 10.8 million people. There are 2415 named mountains in Dominican Republic. Pico Duarte is the highest point standing at 10,164 feet. The most prominent mountain is Loma La Pelona with 10,164 feet of prominence. 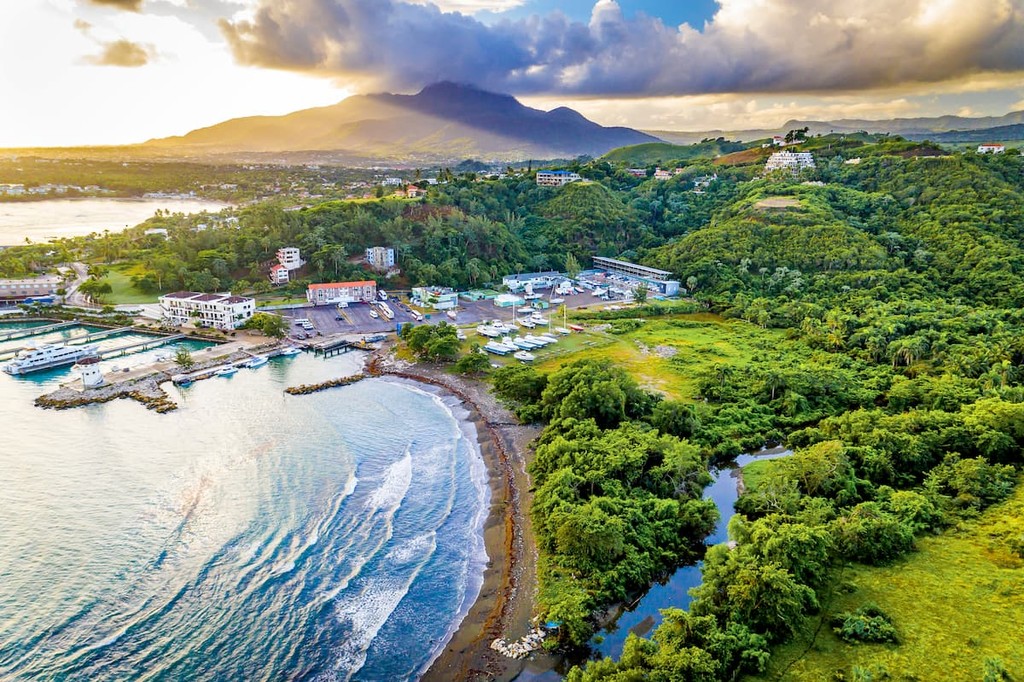 The island has long been inhabited by the native Taino population. The Spanish arrived back in 1492 which drastically declined the native population due to smallpox and other diseases that were brought over. Today the Dominican Republic boasts the largest economy in all of the Caribbean and the ninth largest within Latin America.

The northern shores of the Dominican Republic are defined by the Atlantic Ocean while the southern borders are along the Caribbean Sea. Overall the country is known for its numerous mountains and rugged landscape. The country is home to the highest peaks in the West Indies. The major mountain ranges run across the land from northwest to southeast. Between the major ranges lie valleys, often much more inhabited than the peaks and ridges. Major mountain ranges include the Cordillera Septentrional, Cordillera Central, Sierra de Neiba, and the Sierra de Bahoruco. The Cordillera Central is the highest and most rugged range in the country and is where the tallest peak, Pico Duarte, is located. This range also contains the next three tallest peaks which include La Pelona, La Rucilla, and Pico Yaque.

The valleys that lie between the ranges are fertile and used for the majority of farming within the nation. Cibao valley lies between the Central and Northern mountains and encompasses most of the farming in the nation. Along the Caribbean coast lies the Llano Costero del Caribe which is the largest plain in the country and home to multiple sugar plantations.

The Dominican Republic is defined as a tropical climate and northeast blowing trade winds. Though tropical throughout much of the country, the highest peaks do receive freezing temperatures during the winter months. Rainy season for much of the island lasts from May to November with an average rainfall of 53 inches. Besides mountains and valleys, the country is also home to a multitude of rivers and lakes. The four major rivers that drain from the mountain ranges are the Yaque del Norte, Yuna Rive, Yaque del Sur, and the Aritbonito. The largest lake in the country is Enriquilla which is a salt water lake located at 148 feet below sea level. The Dominican Republic is also home to many islands off of its shores. The largest of these islands include Saona and Beata. Like many places in the Caribbean, biodiversity thrives in this country. There are estimated to be over 6,000 species of flora along with over 7,000 species of fauna.

Jose Armando Bermudez National Park: This National Park was established back in 1956 and today spans 296 square miles across the land. The park is right next to Jose del Carmen Ramirez National Park and together the two regions encompass the tallest peaks in the country, spanning the entire length of the Cordillera Central mountain range. Amidst the rugged peaks also lie pine trees, mahogany, and ferns also with tropical parrots, butterflies, and frogs. The most popular hikes within the region include Pico Duarte, Sendero al Valle del Tetero, La Cienga to Comparticion, and Laguna Verde.

Valle Nuevo National Park: The Valle Nuevo National Park is known for its hiking trails and bird watching. The part sits at an elevation of over 7,000 feet and is characterized by the lush, remote and rugged mountain landscape. The peaks often become covered in mist, making for a unique experience unlike any other on the island. Here, visitors can hike, bike, or horseback ride through the many trails of the park. Popular hikes include Guayabal to Constanza, Alto de Bandera to Aguas Blanca, and Valle Encantado via Alto de Bandera.

Cotubanama National Park: This park is also known as Parque Nacional del Este and sits at the southwestern tip of the country, across the water from the island of Saona. The park is known for its manu caves and white sand beaches, along with the trails throughout the land portion of the park. Explore the lush forest or relax on the beach and snorkel in the crystal-clear waters.

Located along the Caribbean coast lies the city of Santo Domingo, the capital of the Dominican Republic and the largest city. The city is home to the largest metropolitan region in the Caribbean with a population of 2.9 million. Performing arts and museums are important to the culture of Santo Domingo. Within the city are also numerous large parks to provide green space throughout. With both an above ground and underground transit system, it’s easy to get around the metro region. 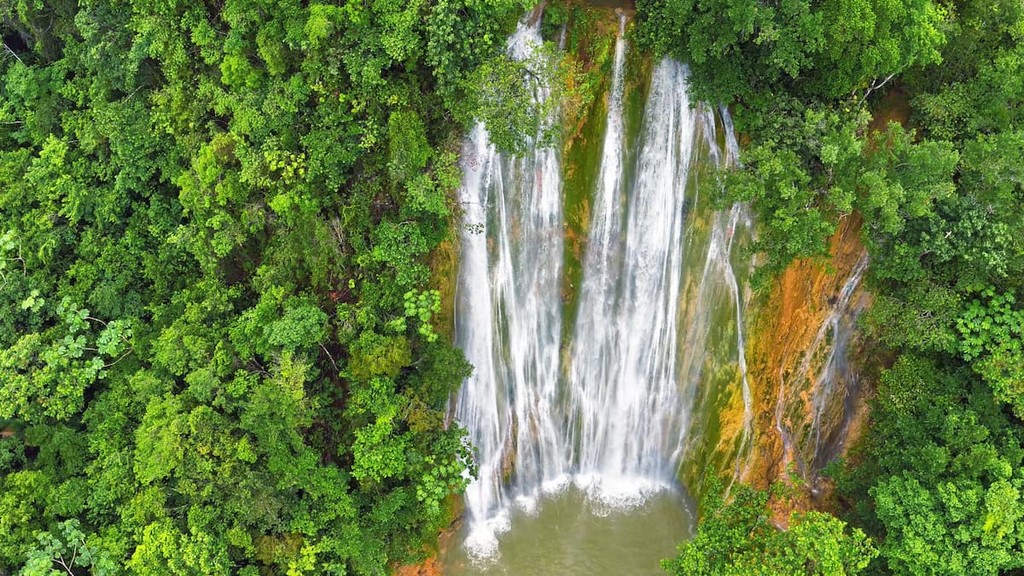 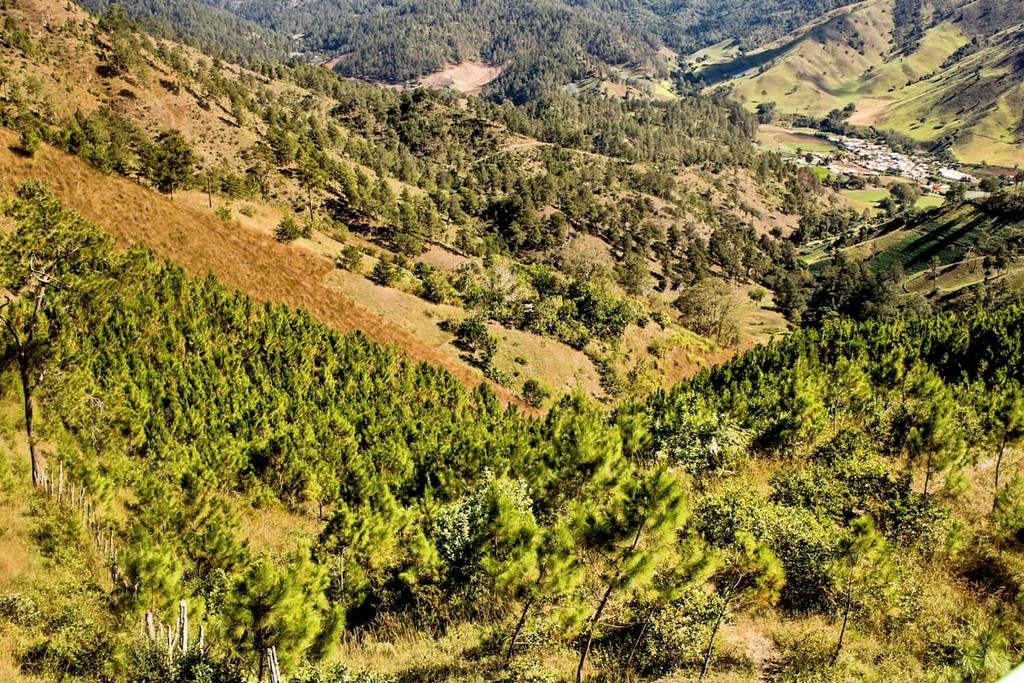 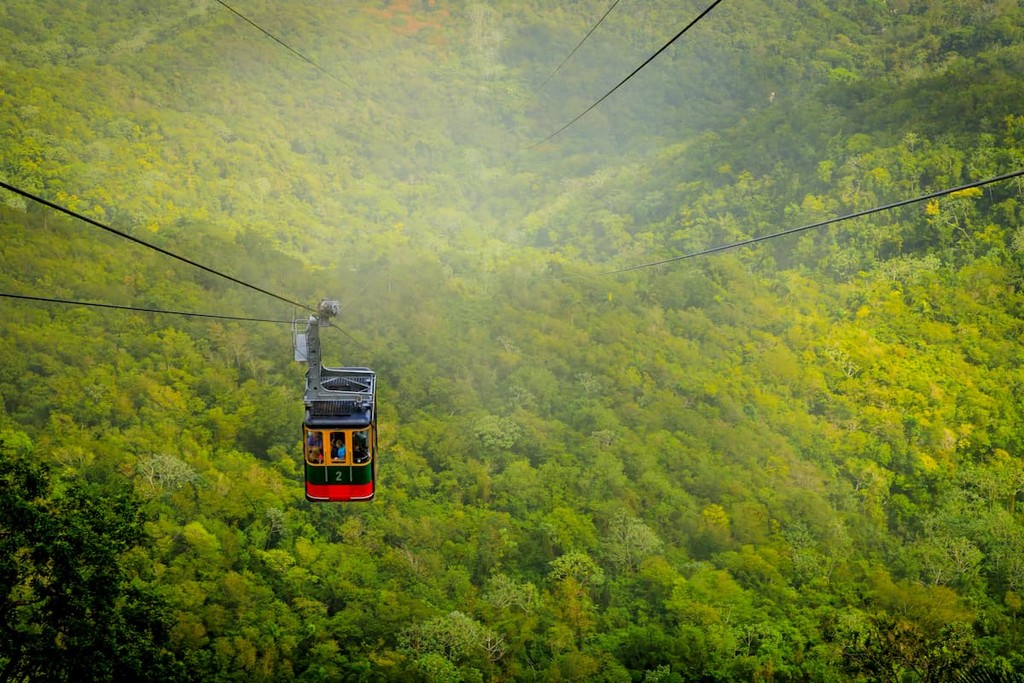 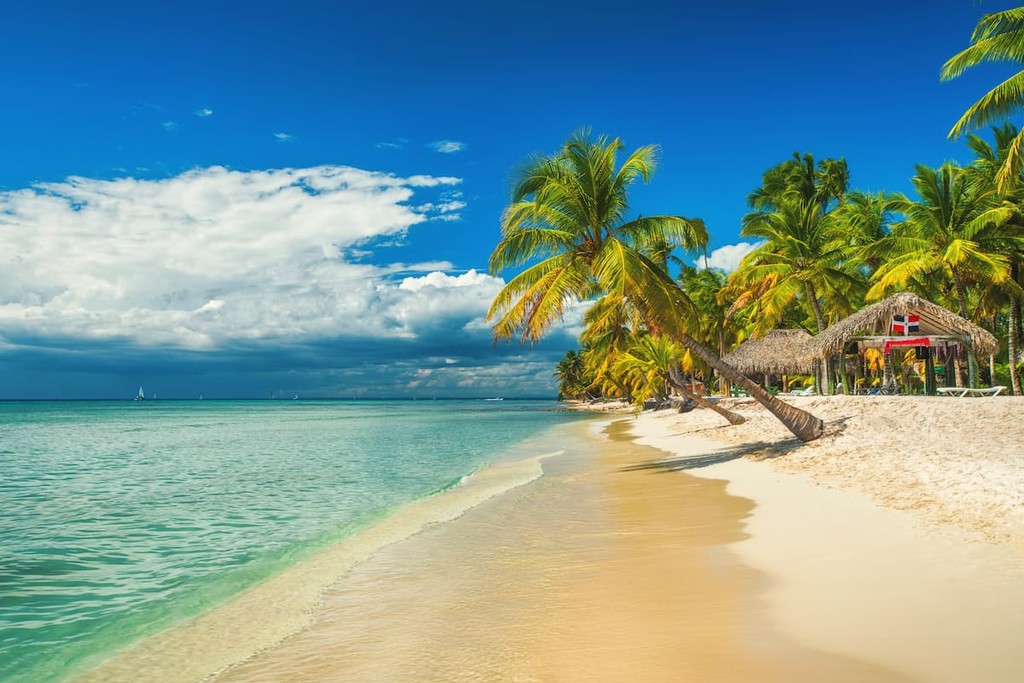 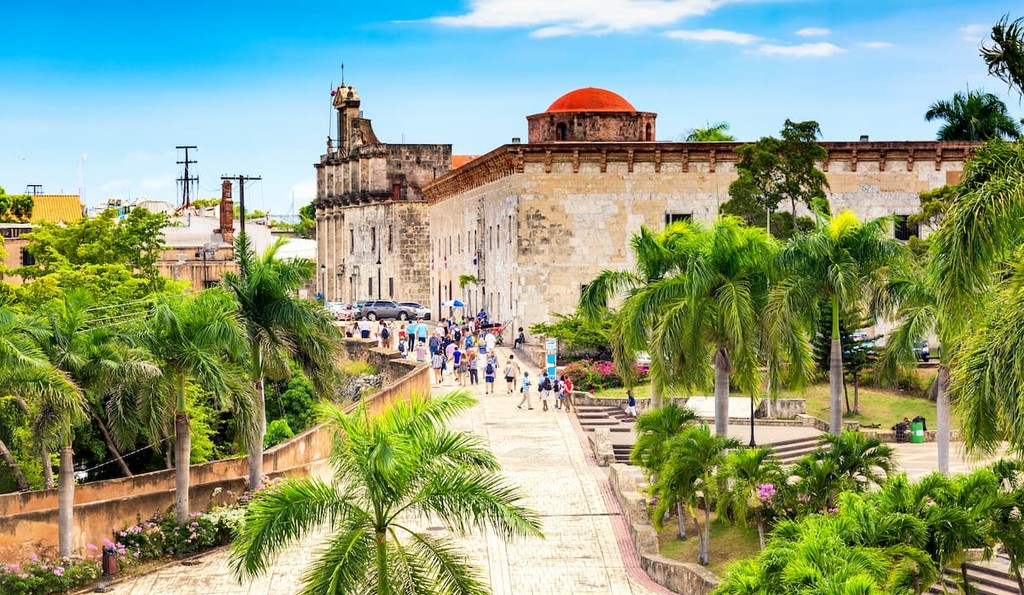 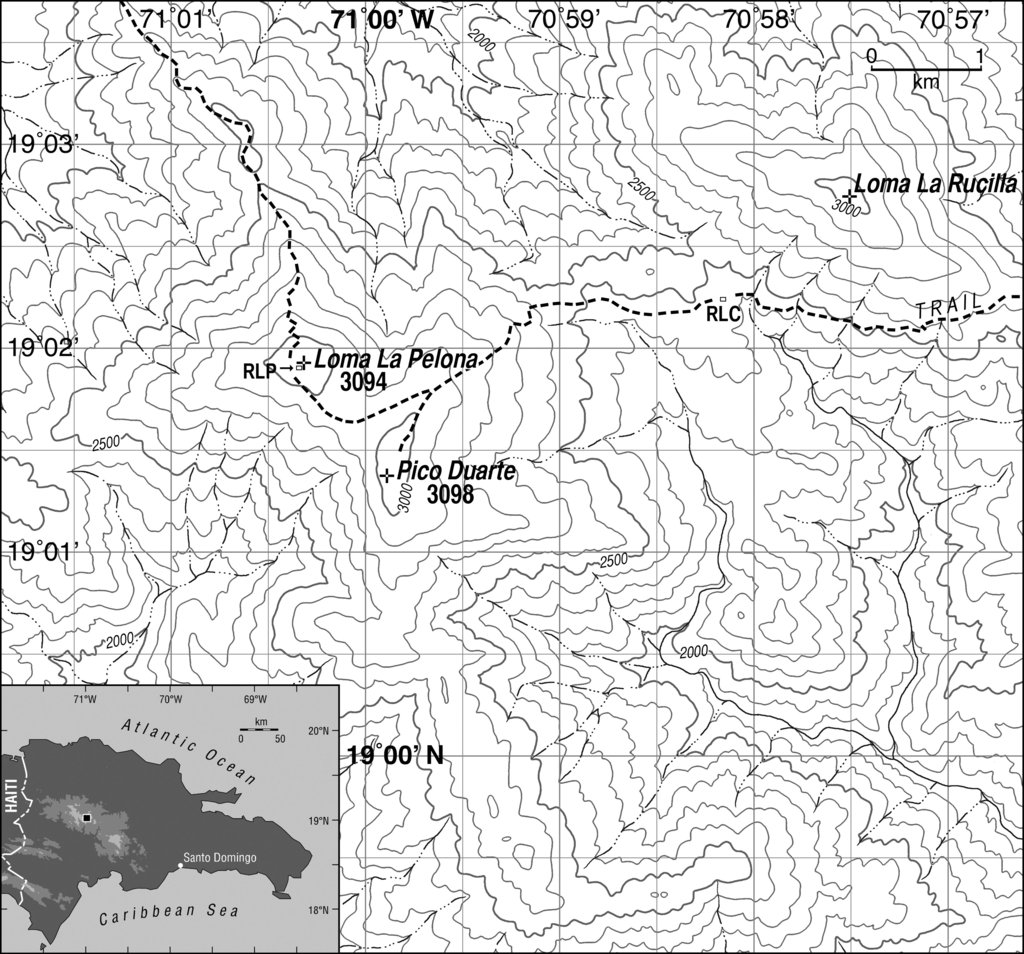 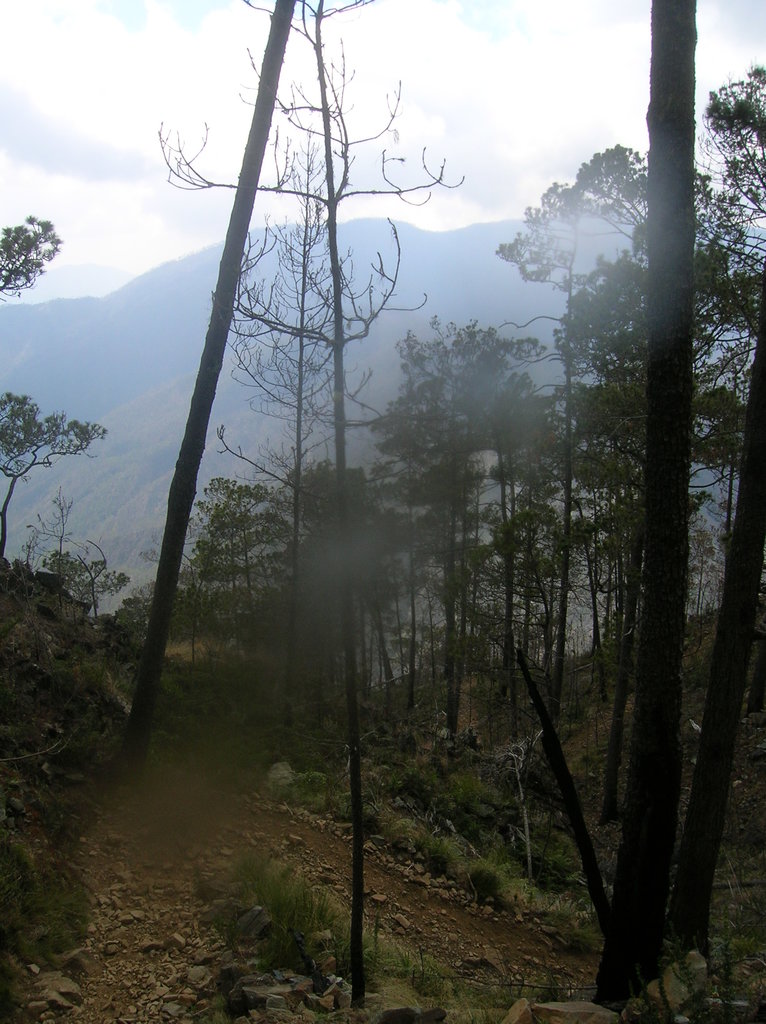