Corsica
1
Mountains with prominence of 1 ⁠500 ⁠m / 4 ⁠921 ⁠ft or more.
Highpoint

On the island there is a total of 472 named mountains. These are situated along a single chain of mountains that covers two-thirds of Corsica. The range was formed in two stages. About 250 million years ago there was an uplift of granite which forms the western side, and around 50 million years ago sedimentary rock pressed against the granite to form the eastern side.

There are 20 peaks that exceed 2000m, with the highest of the Corsican mountains being that of Monte Cinto at 2,706 m. It is equally one of the most prominent peaks of Europe. As a result of its prominence, the peak provides a both a close panorama over the island and also a possible one to distant mountains. The further mountain potentially visible is that of Monte Rosa (4634m) in Switzerland around 405 km away. 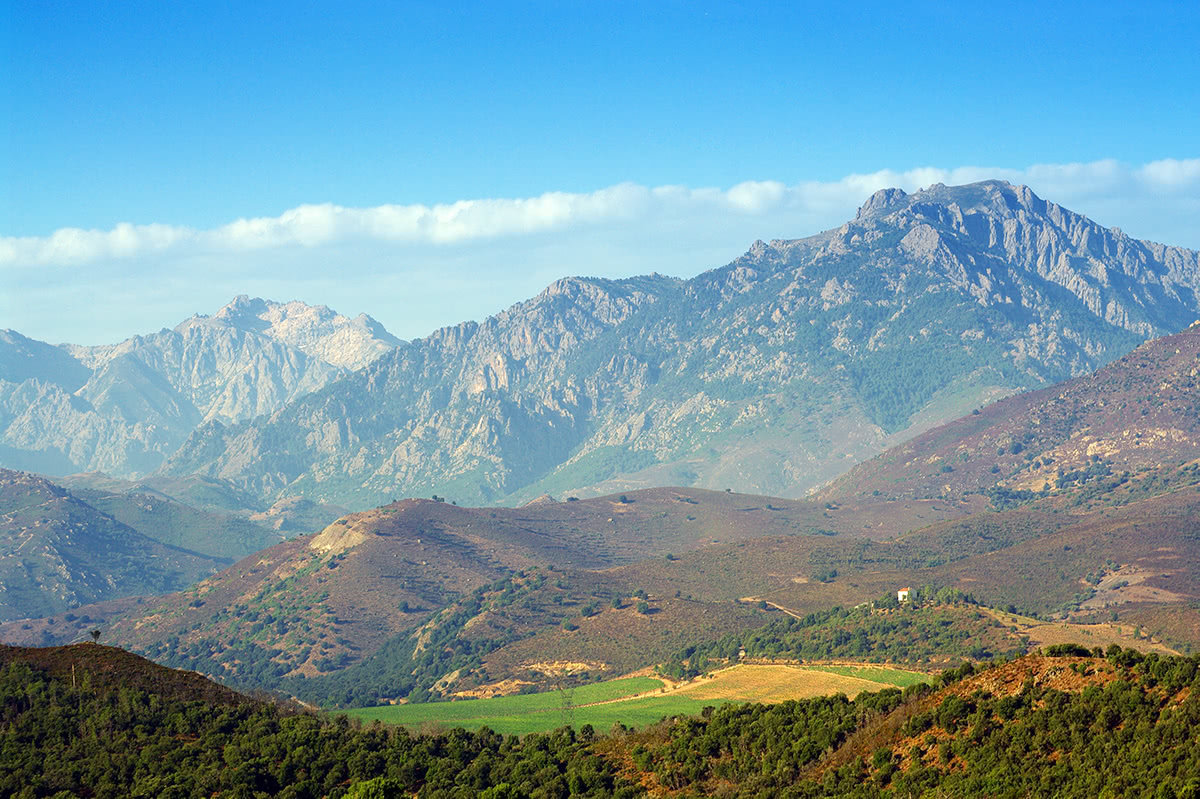 The two main cities on the island are Ajaccio (south west) and Bastia (north east). Ajaccio is renowned amongst history aficionados for the birthplace of Napoleon Bonaparte.

There are four airports on the island with the major ones attached to their respective cities: Ajaccio Napoleon Bonaparte Airport and Bastia’s Poretta Airport.

Access to the island is also possible by ferry. The main destinations are from the French and Italian coastline.

The island features one of the most famous and possibly the toughest long-distance hikes in Europe: The GR20 hiking trail. The trail crosses Corsica from the north to south, diagonally, across the expansive mountain range. It is 180 km in length with a vertical elevation variation of 10000 metres. Typically an excursion along this route can take 12-15 days, depending on daily distance covered, rest days and the weather.

The route is accessible entirely by foot without the need for climbing, however there is the occasional bit of scrambling! The only necessities are a good pair of walking boots, food, water, shelter and exceptional physical fitness. This route would provide an adequate challenge for even the most experienced of hikers. The peak times for this hike are July and August, so it may be best to avoid the crowds and visit in June and September, or even May and October if the weather is ok.

Corsica’s vegetation differs somewhat to that of mainland France. The local flora is adapted to island life in the mediterranean sea. The island experiences dry heat during the summer, strong winds throughout the year and colder weather on the mountain summits. The island is covered with maquis - a form of scrub that is very resistant. Wild blueberries and strawberries can be found up to an altitude of 600m. Above this zone there are expansive pine forests.

Possible alternatives to the GR20 trail

Punta Velaco (1,483m) from the Village de Bavella. Situated in the southern half of the island, this is a hike that is not too heavily frequented. Once at the summit a splendid view over the rocky towers of Bavella awaits. The climb to the summit is quite exposed with several easy climbing passages.

Monte d’Oro (2,389m) from the village of Vizzavona. Situated in central Corsica on the limit between the northern and southern regions. The position in the heart of the regional natural park of Corsica provides sensational views across the area.

Due to its length, this hike is best suited for experienced hikers.

Rock wall loop from A Guardiola parking area / bar. This excellent route by the sea makes a change from the higher altitudes of Corsica’s central mountain range with the maximum elevation of 317m.

Monte Stello (1307m) - A loop from Silgaggia situated in the northern peninsula of the island. This hike offers the perfect opportunity to explore an area of the island which is not covered by the expansive GR20 trail. On the clearest of days you can catch a glimpse of the Isle of Elba to the east.

Recommended for intermediate to experienced hikers due to its length. 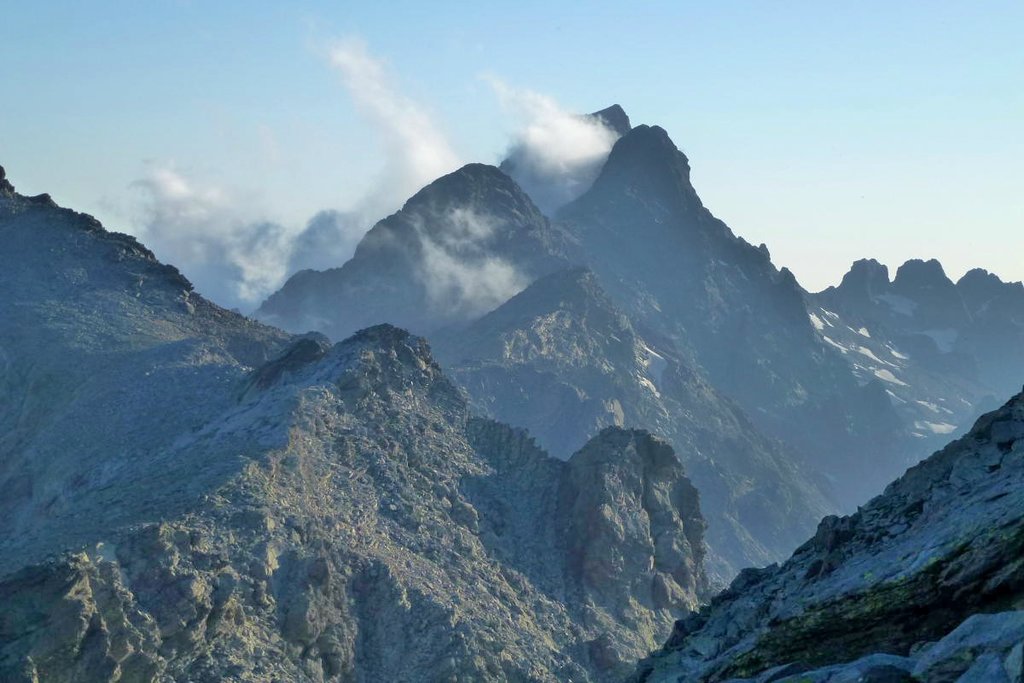 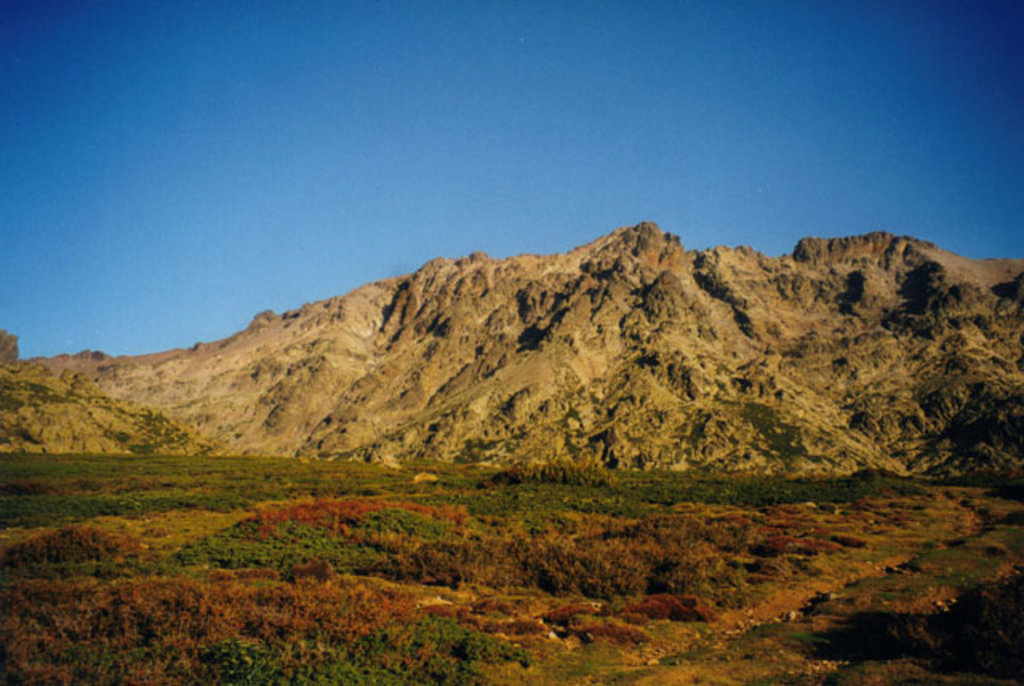 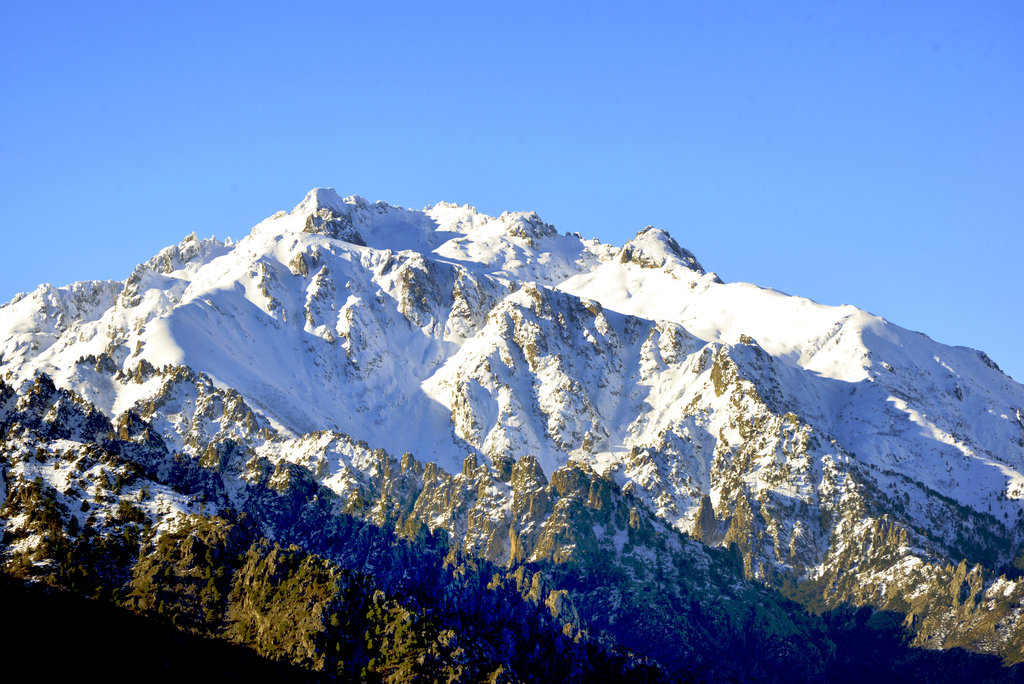 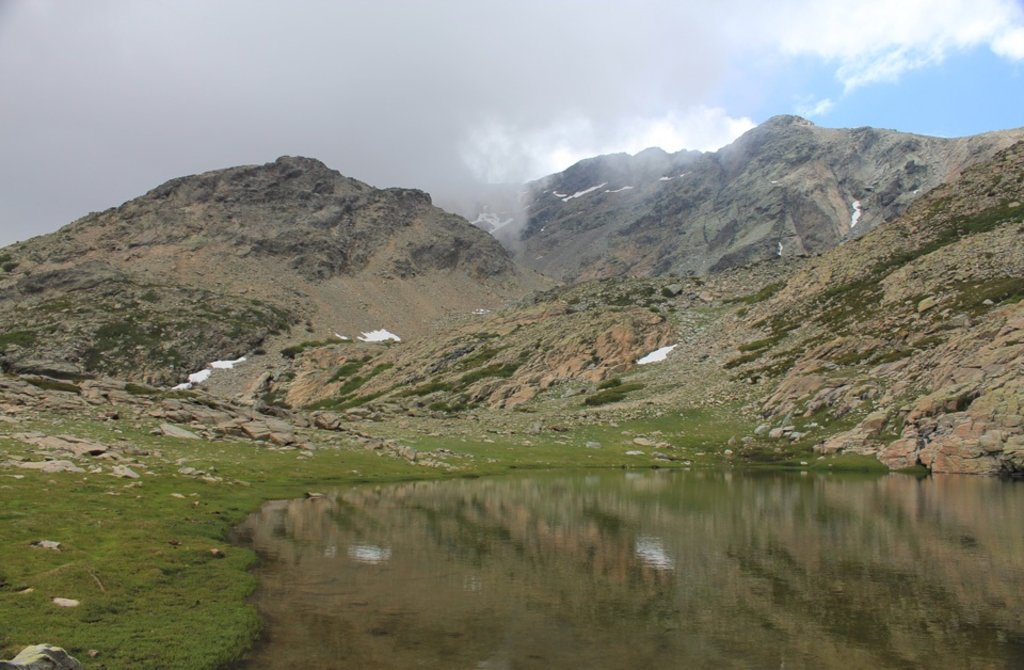 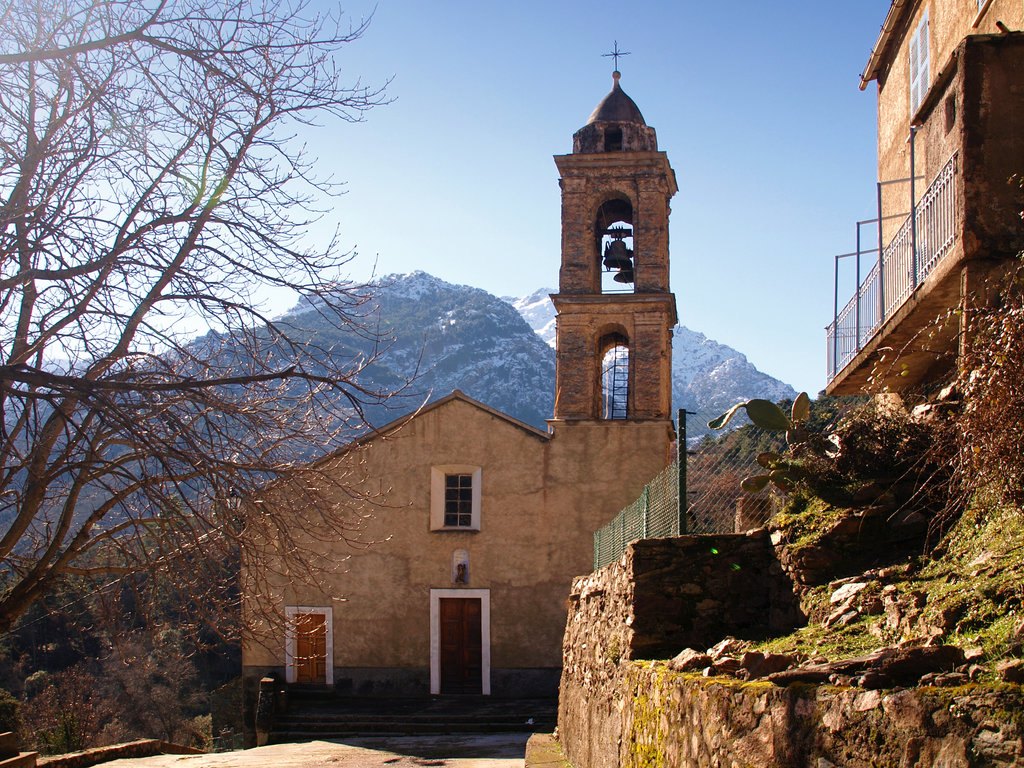 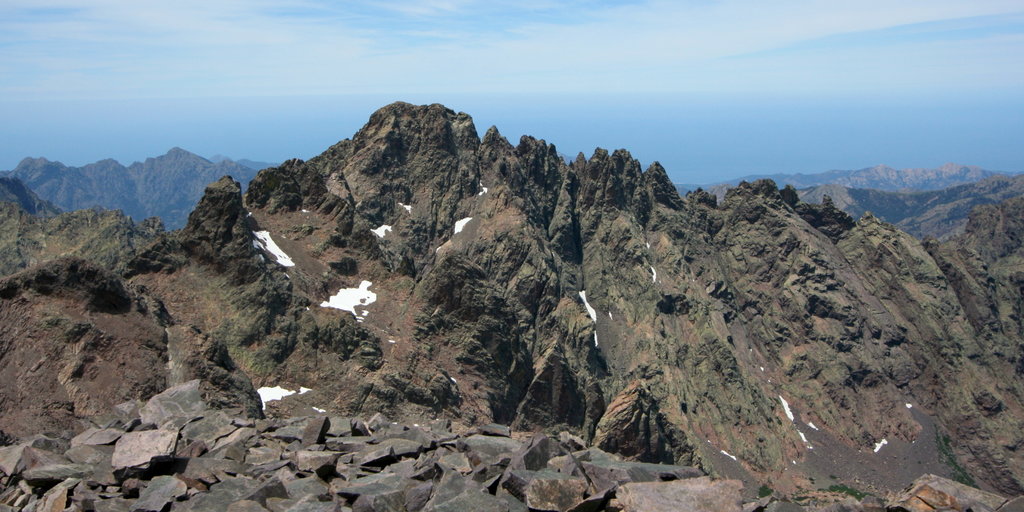