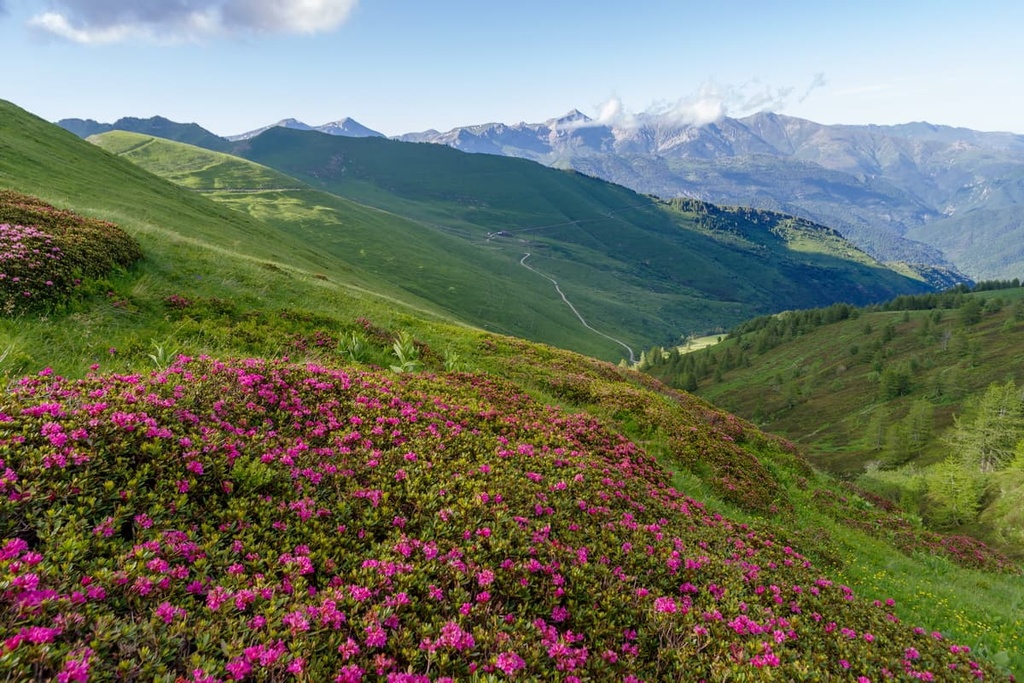 Ligurian Alps Regional Natural Park was established in 2007. It is located in the province of Imperia in the Italian region of Liguria. It is situated between the French border and lower Piedmont. The park stretches across the municipalities of Rocchetta Nervina, Rezzo, Triora, Pigna, Mendatica, Montegrosso Pian Latte, and Cosio d’Arroscia.

The park covers 60 sq. km (23 sq. mi) of protected area and is located across three valleys:

As part of the Ligurian Alps, Ligurian Alps Regional Natural Park encompasse an area that was formed by ancient sediments around 200 million years ago.

The land emerged around 38 million years ago and has been formed and shaped by water over millions of years into what we see today: dolomitic walls, karst plateaus, rugged hills, overhanging walls, and an underground network of caves and cavities.

Ligurian Alps Regional Natural Park is made up of helminthic flyschs from the Maritime Alps, which alternate with layers of stratified sedimentary rocks such as shale, sandstone, marly limestone, and dolomitic limestone. Within the park, you will find sub-vertical walls, gorges, and surface karsts.

Due to the nature of the rock formations, the area is very popular with rock climbers who can enjoy the various peaks of Val Nervia, the Loreto Gorge, and the walls of Piancavallo. The Piancavallo area is actually a very important karst area in Europe, mostly due to its extensive number of underground caves.

An interesting example of a deep karst formation is the incision gorge in Gola delle Fascette, which is around 600 m (1,968 ft) long. The gorge follows the Tanarello and Negrone streams. As the valley becomes more narrow towards Upega, the Gola delle Fascette swallows the water into its natural cavities, underground water pipes, and swallow holes, returning it further downstream from secondary springs and caves.

Other interesting underground karst forms include the Grotta della Melosa, which is approximately 1,650 m (5,413 ft) long and 253 m (830 ft) deep, making it the deepest cave in Liguria.

Interesting examples of surface karst forms and developed sub-vertical walls can be found at the cliffs of Loreto and Realdo, as well as gorges on the Monte Saccarello–Monte Frontè–Monte Monega.

The Ligurian Alps Regional Natural Park is home to a huge variety of plants. In fact, it contains several endemic species, thanks to its location between typical Mediterranean and Alpine climates.

This biodiversity is largely due to the geographical position of the park, as well as the region’s geology, soils, and climate, all of which have led the area to be considered one of Europe’s botanical paradises. Indeed, an estimated 3,000 plant species have been recorded in the territory to date.

Home to a landscape of interesting contrasts, the Ligurian Alps Regional Natural Park hosts a mix of Alpine and Mediterranean environments, due to its location close to the Mediterranean Sea.

Here, hikers will find purple saxifrage, which is more often found in the high Arctic and high mountainous areas, yet here overlooks the sea, not far from plants such as thyme, cacti, and prickly pears.

Similarly, in the park, Mediterranean orchids grow close to Ligurian gentian. The best time to visit is arguably during the spring, when the flowers start to bloom and the slopes of Monte Saccerello are covered in rhododendrons.

The area is also home to alpine meadows, mixed woodland, larches, white fir, Scots pine, and beech, which grow just a few kilometers from Mediterranean scrub. Some of the endemic species in the region include callus saxifrage, dusty primrose, bow lily, and Bicknell rhapontic.

Birders in the Ligurian Alps Regional Natural Park can also watch out for black woodpeckers, eagle owls, golden eagles, ptarmigans, and ravens, among other species.

Mammals in the Ligurian Alps Regional Natural Park include the ermine, Alpine hare, pine marten, chamois, and snow vole. Wolves and wild cats are also known to travel in the woods and along the ridges in the park, but they aren’t so easy to spot.

Thanks to the numerous caves and grottos in the Ligurian Alps Nature Park, there are also several species of bats that you might get to see if you’re particularly lucky during your visit.

Ligurian Alps Regional Natural Park demonstrates centuries of human history through the shape of its land and its many villages. Within the park, you can find churches, stone bridges and huts, as well as museums that highlight the traditions of the people that populated this area throughout the centuries.

Prehistoric remains have been uncovered in Rezzo and Realdo, as well as the old forts of Cima Marta, dry stone walls. Villages dot the landscape, carrying their stories into the modern day.

The chestnut trade has long been an important industry in the Ligurian Alps. In fact, the history of it is told in a museum in Montegrosso Pian Latte.

Triora is also in the history books due to a witch trial that took place in 1587–89, which ended in the death of about 200 women living in the area. The village is also known as the Borgo delle Streghe or “Village of Witches.” It is worth a visit, if not for it’s spooky history then because it’s a member of the borghi più belli d’Italia, which are also called the most beautiful villages in Italy.

The Ligurian Alps Regional Natural Park hosts a network of hiking paths as well as secondary and gravel roads that take hikers across the valleys. Many of the old paths that travel along the park’s ridges offer spectacular 360-degree views across the Alps and toward the sea.

Some of the best-known long-distance hikes that cross Ligurian Alps Regional Natural Park include:

There are also plenty of other shorter hikes in the park that are great for a day trip or short overnight adventure.

The Alpine Trail (Il Sentiero Degli Alpini) lies on the boundary of Italy and France. It is carved into the slopes of Monte Pietravecchia and Monte Toraggio.

The route was constructed by Italian soldiers between 1936 and 1938. It was originally created as a safe route to transport soldiers, armaments, and provisions from the Monte Grai barracks and later from the Muratone Pass to the Cima Marta fortifications.

The route is recommended for experienced hikers with a head for heights. Part of the original, longer path after Gola dell’Incisa (which is located along the border with France) is now closed on the Italian side due to landslides, so it is forbidden to walk here. Hikers can also join part of the Ligurian High Route from here.

The Sentiero degli Alpini begins near rifugio Grai, which is located by Fontana Italo.

The Colle di Nava to San Bernardo di Mendatica is a casual trekking route for all hiking abilities that takes around 3 hours to complete. This route provides you with panoramic views and takes you along the Arroscia-Tanarello ridge.

The San Bernardo di Mendatica to rifugio San Remo is a challenging route that takes around 3 to 3.5 hours to complete. This route goes up through the woods in Val Tanarello and reaches the rifugio Sanremo (2,054 m/6,738 ft), which is Liguria’s highest mountain hut.

There are plenty of places to stay to enjoy the best of the mountains and the sea when visiting Ligurian Alps Regional Natural Park. Here are some of the best nearby cities to check out during your stay.

Well-known for its cultivation of flowers and olives, Imperia is also a popular destination in the summer due to its pretty ports and plethora of beaches.

Imperia is located between Ventimiglia and Savona in Liguria’s western riviera. Despite being by the coast, it’s also only a stone’s throw away from the Ligurian Alps.

Sanremo is situated in Liguria. It is located in the western part of the Italian Riviera near the French border. The city was founded in Roman times but today is better known for its cultural activities, such as the Sanremo music festival, and the annual Milan–San Remo cycling race.

Sanremo has plenty to offer to visitors, from historical monuments and churches to beautiful beaches. The city also features a 24 km (14 mi) cycling path along the coast that follows the region’s old railway lines.

Ventimiglia is situated in Liguria at the border between Italy and France. The city dates back to Roman times and Roman ruins are still visible in Ventimiglia to this day. Additionally, the city is home to the Balzi Rossi caves, which now feature a museum of prehistoric finds and Hanbury botanical gardens.

Ventimiglia is a popular summer destination due to its many beaches and proximity to both France and Monaco. 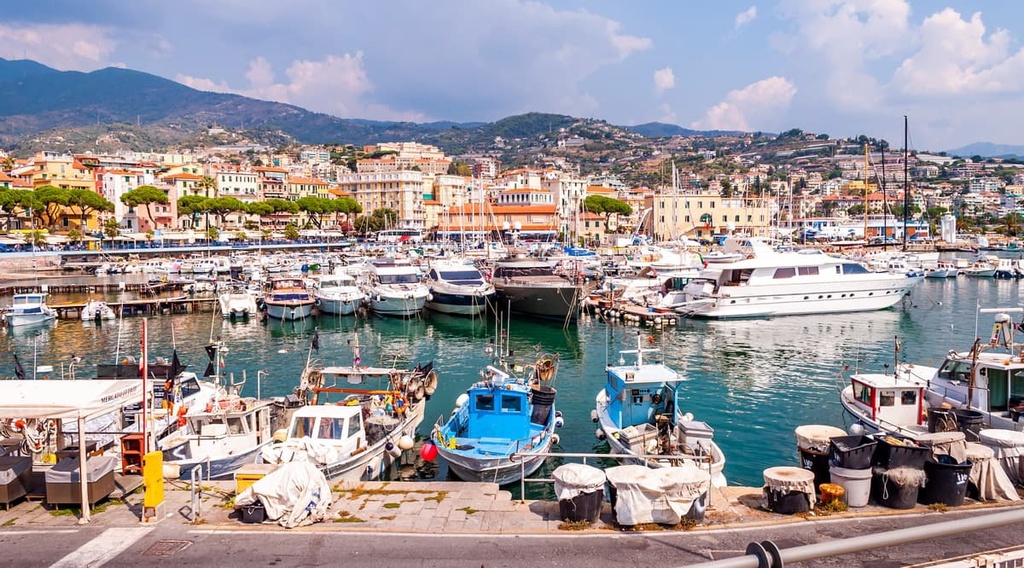 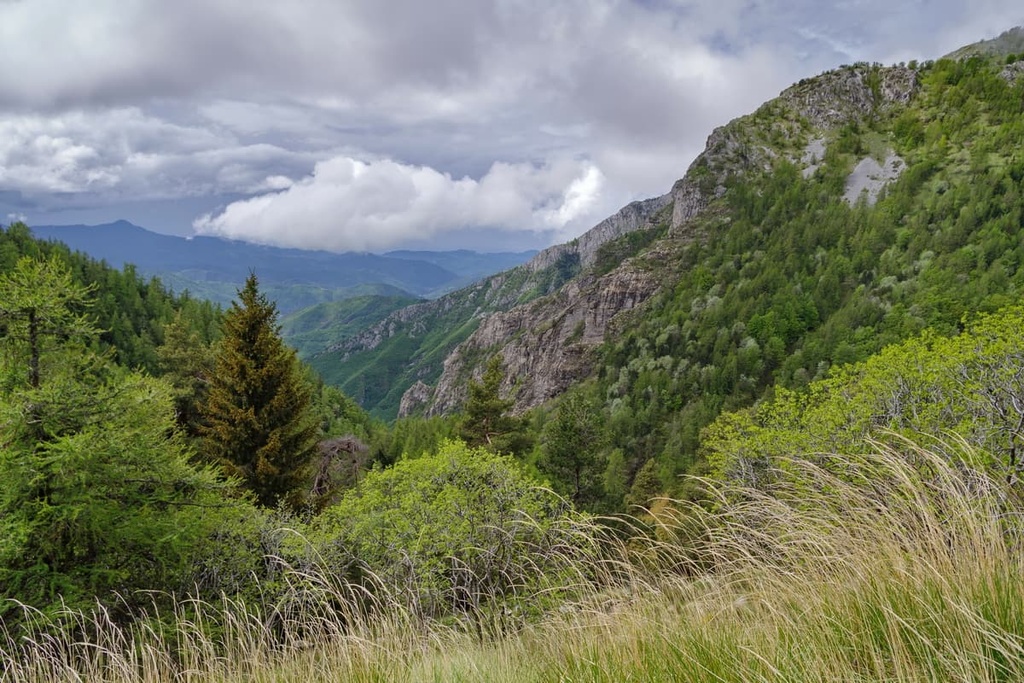 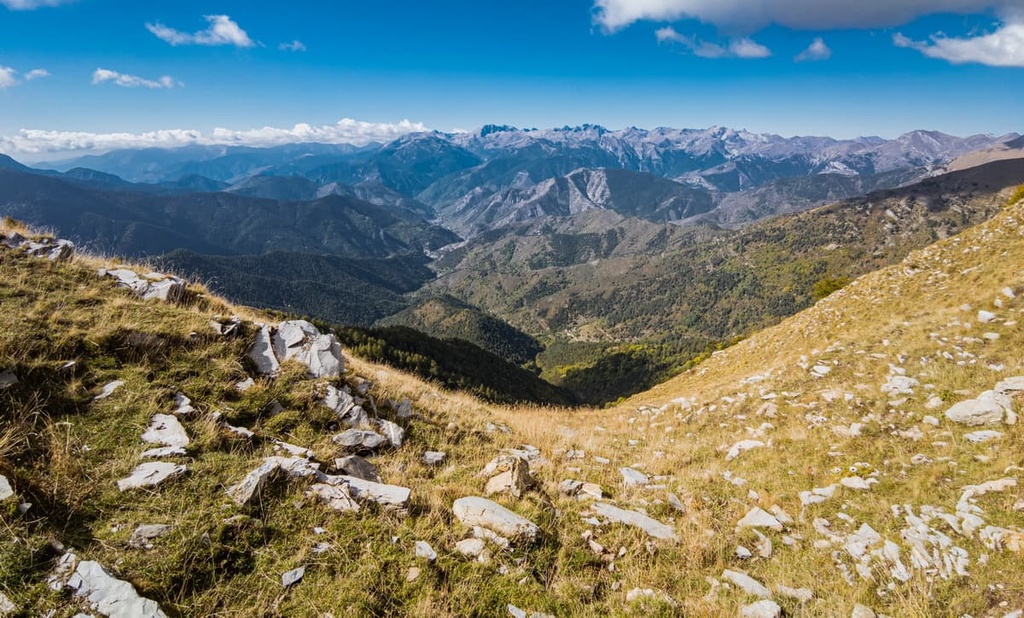 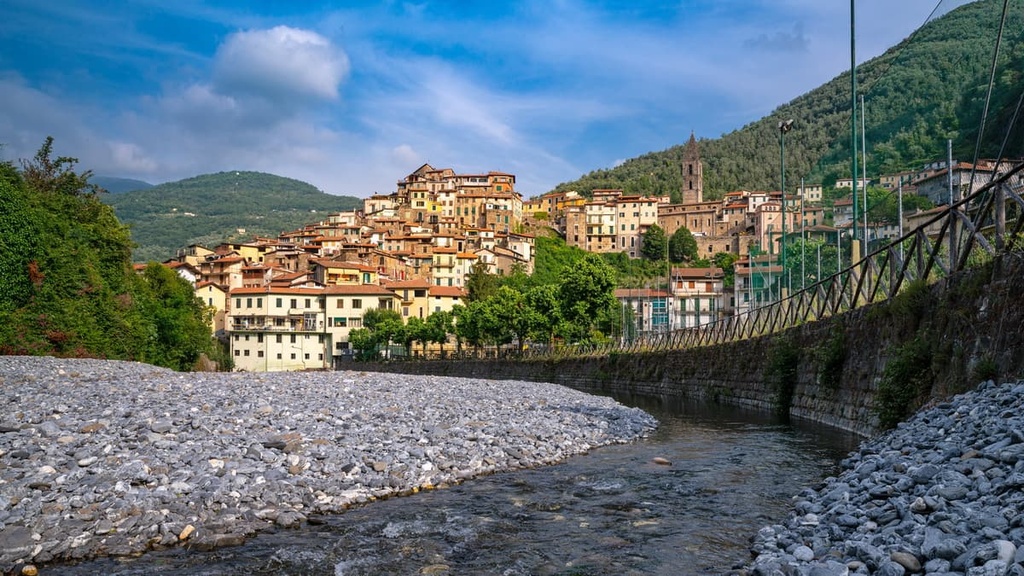 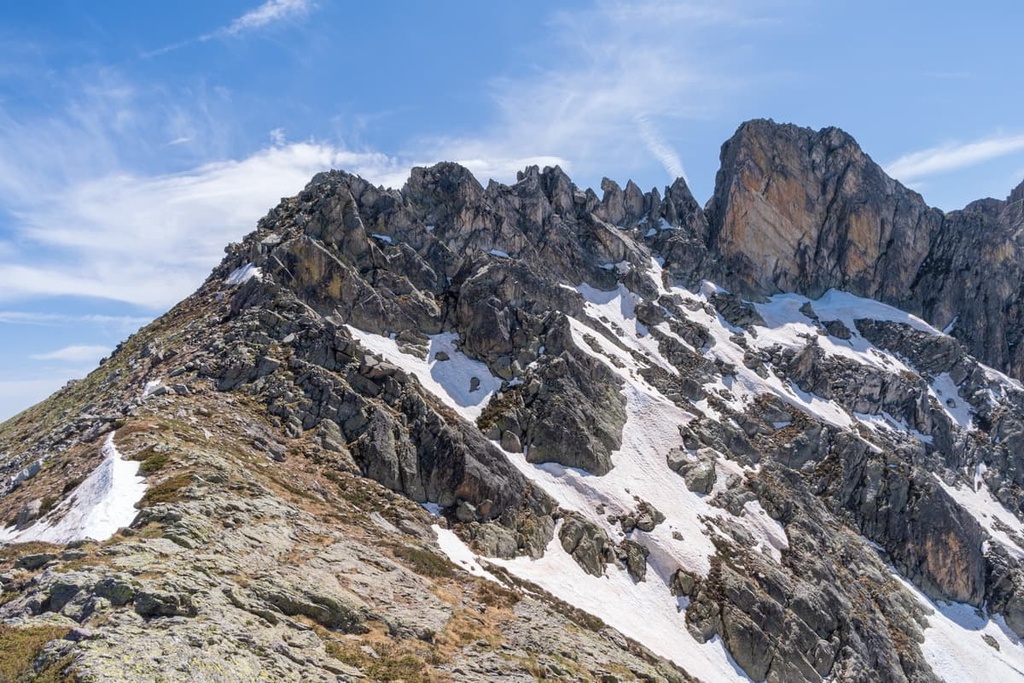