The Cottian Alps (Alpes Cottiennes in French, and Alpi Cozie in Italian), are a mountain range in the Western Alps extending along the French-Italian border with 1000 named peaks. On the French side the range crosses the Haute-Alpes and Savoie regions, and the Piedmont region in Itaчy. The Cottian Alps stretches from Mont Cenis of the Graian Alps to the north and the Maddalena Pass in the Maritime Alps in the south.

The Cottian alps are well known amongst outdoors enthusiasts. The main activities include climbing, hiking, cycling and skiing. In the winter months you can look forward to 1,690km of ski slopes. The ski resorts are served by 351 ski lifts - some of which are open during the summer months to provide easy access for hikers to the high peaks.

The highest point in the Cottian Alps is Monviso (3,841m) located in Italy close to the French border. Monviso is around 500m higher than the surrounding mountains, as a result its prominent pyramid shape peak is easily recognisable. Monviso can be seen from across the Piedmontese plateau, the Langhe, the Theodul Pass in the Zermatt ski area and from the summits within the Mont Blanc massif. It can even be seen from Milan Cathedral on a clear day. From the 29th May 2013, Monviso has become a UNESCO heritage biosphere reserve with France.

The Queyras national park is situated within the heart of the Cottian Alps. There are 650 square km of unspoil nature, rich in colour dotted around some of the most beautiful alpine villages. The mountain trails here lead visitors from woodlands in the valley floor to high up into the mountain meadows.

Within the Queyras national park is the Val d’Escreins. This place where the environment has been preserved is entirely dedicated to hiking, walking or relaxing in nature. Inhabited by legends, summits with mystical names (the Hand of God, the Font Sancte ...) and several refuges. A location that is a pure delight for the senses and a must see for anyone travelling to the Cottian Alps. 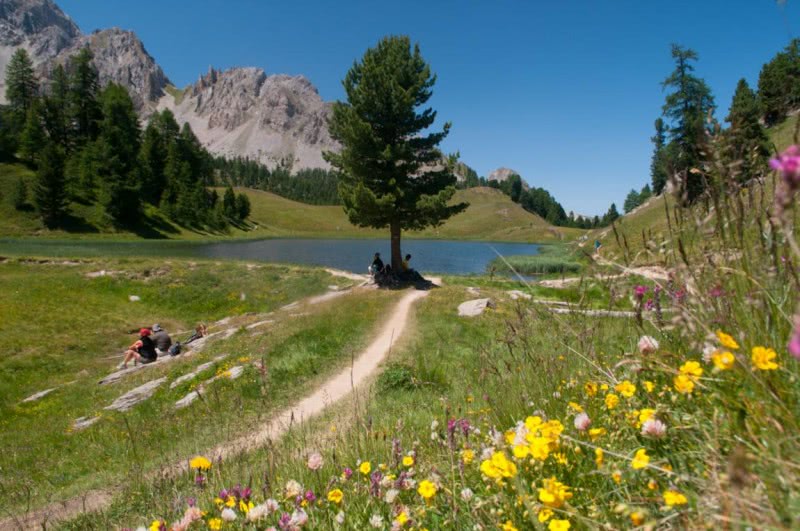 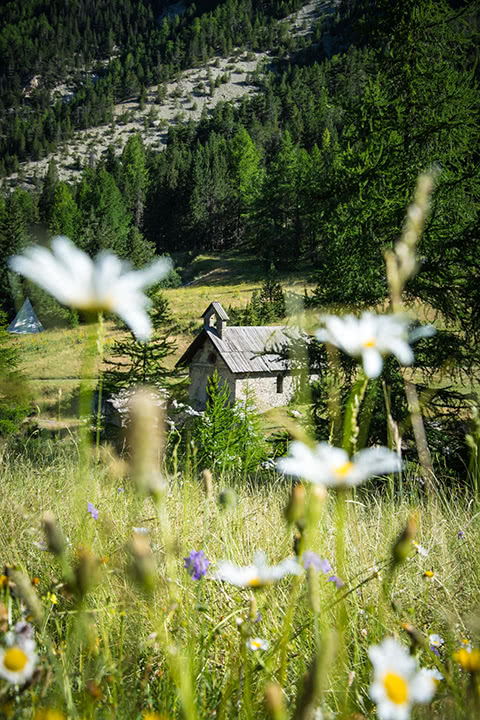 Monviso is the highest peak of the Cottian Alps (3,841m), and also the highest peak of the Southern Alps - it is located south of the Massif des Ecrins. Mount Viso is a magnificent mountain, majestic and solitary. It is visible from everywhere within the local area and also from afar - it can be seen from Turin. It is recognisable from each of its different faces. It is frequented by mountain lovers throughout the year. The rocky ascension from the southern face is a serious undertaking and conditions can change very quickly. The route would require an overnight stay at the refuge of Quintino Sella - it would be better suited to advanced alpinists. A beautiful view of Mon Viso can be achieved in a day leaving from Monte Granero (3,170m) to the north. The 9.73km long route with 994m of vertical elevation would be ideal for intermediate to advanced hikers. (Est. time 3h30) 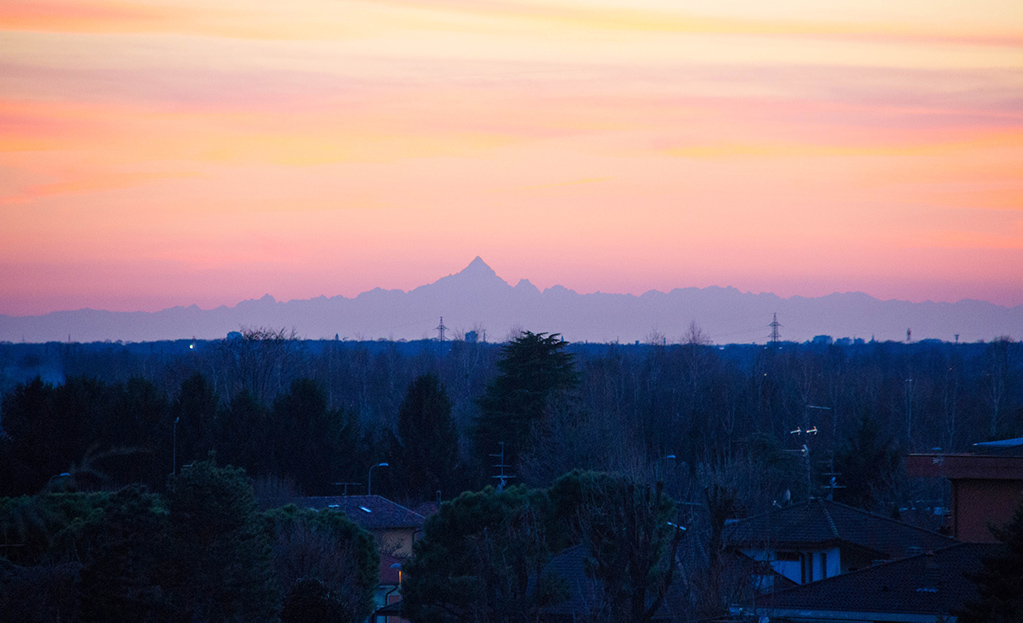 Mont Chaberton (3,131m) is part of the Massif des Cerces in the Hautes-Alpes departement of France. It is easily recognisable by its pyramidal shape and flat top. The peak was flattened by the Italian military in order to create several fortified defences at the summit to defend the border. Today the fortifications remain, albeit somewhat in ruin, for hikers to walk amongst. From here you can gain a vantage point across the Cottian Alps and beyond. From Claviere, situated on the French/Italian border, this route is 15km with 1362m of vertical elevation. This route is ideal for intermediate to advanced to hikers. (Est.time 4h30) 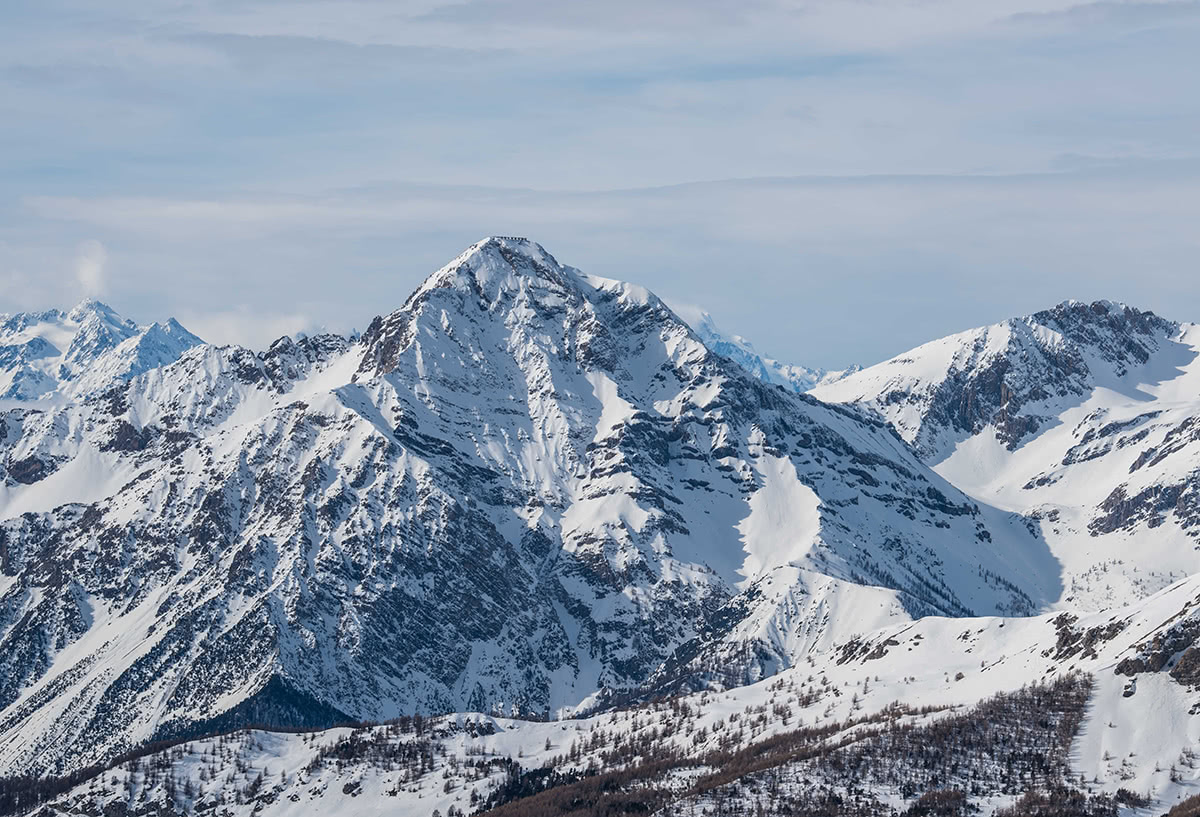 Mont Chaberton and its flattened peak 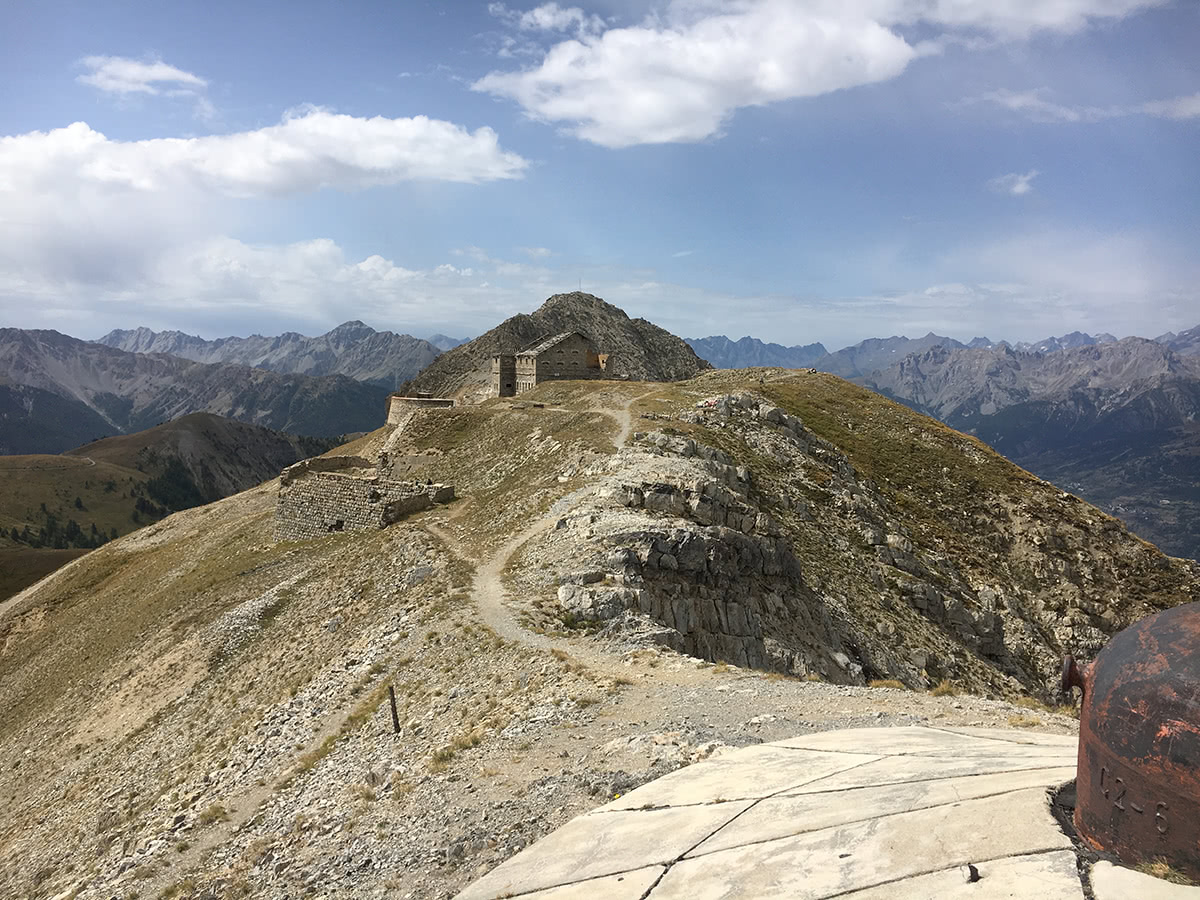 La Mayt (2,577m) and the Val d’Escreins from Risoul. Providing a vantage point over the Val d’Escreins below, the view from the summit of La Mayt is spectacular. This hike from the ski resort of Risoul is accessible in both summer and winter (thanks to the chairlifts). At 17km in length with only 782m of vertical elevation, this hike is very accessible. Beginners would find this a challenge due to its length, but the route itself is not too complicated. The views from the summit would be well worth the effort. (Est.time 3h30)

Col d’Izoard (2360m) - Most well known for its many appearances in the Tour de France, this mythical high mountain pass is not just for lovers of two wheels. The parking point and restaurant at the summit of the climb provide a perfect base camp for excursions into the nearby rocky slopes.

You have a choice of two routes from the summit, one to the east and another to the west. The route to the east is to the peak of l’Arpelin (2,604m), at 2.8km in length with a total vertical elevation of 264m this route is perfect for beginners looking to experience the high mountains. (Est time. 1h) An extended version of this route continues to the summit of the Pic de Rochebrune (3,320m). At 10.5km in length with 972m of vertical elevation this is better suited to intermediate hikers and beyond. (Est. 4h30)

The western route from the car park to the summit of the Clot de Cime (2,729m) is 4.5km with a total vertical elevation of 341m. Equally this route is suited for beginners. (Est. time 1h) It would be possible to climb both summits in a day for anyone motivated to. The restaurant by the road would provide an ideal lunch stop! 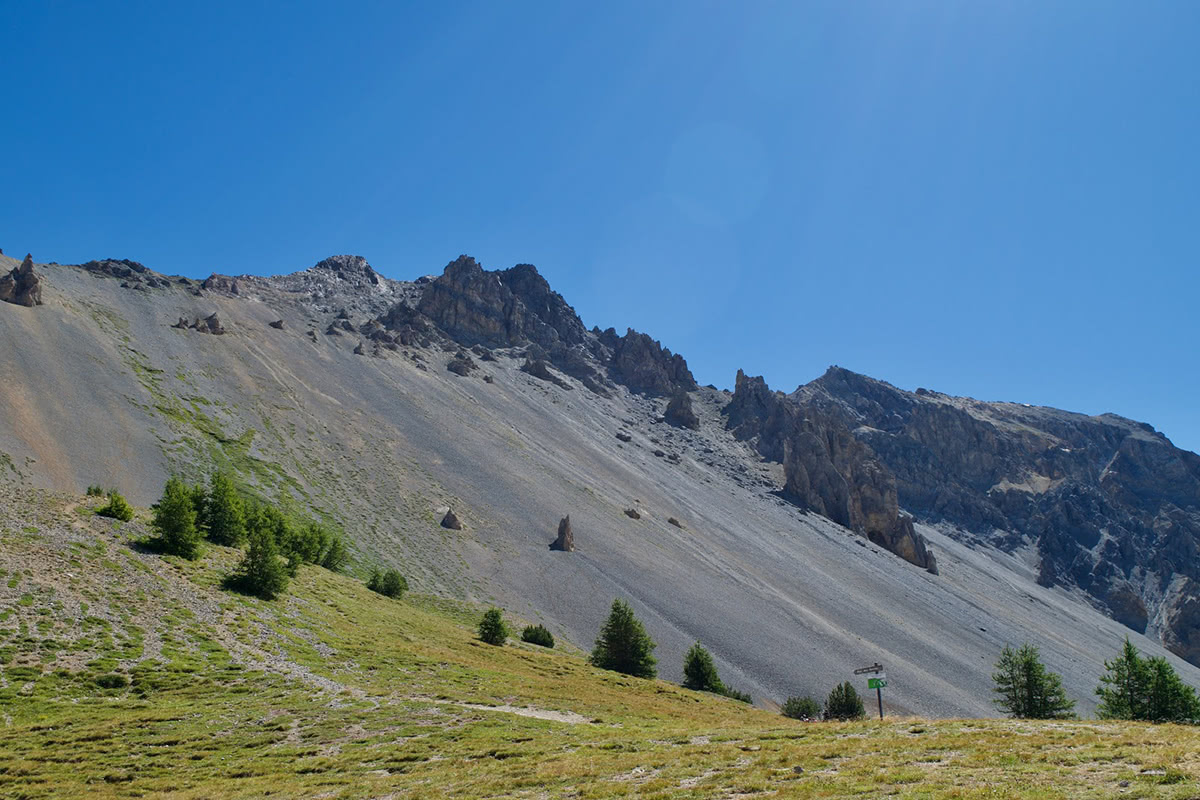 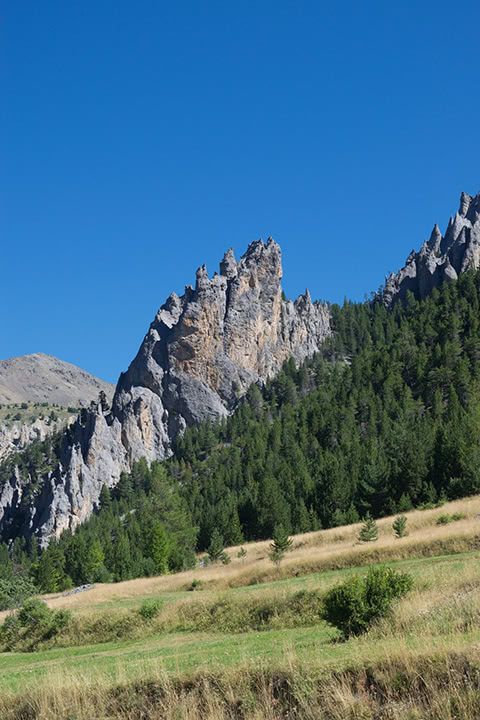 View from the northern ascension of the Col d’Izoard

Col Agnel (2,744m) - A high mountain pass on the French/Italian border. Despite being the highest international pass of the Alps, Col Agnel is somewhat unknown and not heavily used. It is one of the many passes suggested as the route taken by Hannibal in his march with elephants through the Alps. The perfect route to take in this breathtaking location is along the ridge from the summit of the climb to the Rocca Rossa (3,190m). This 4.8km route with 383m of vertical is best suited for intermediate to advanced hikers. (Est.time 2hrs) The stunning views from the peak will take your breath away. 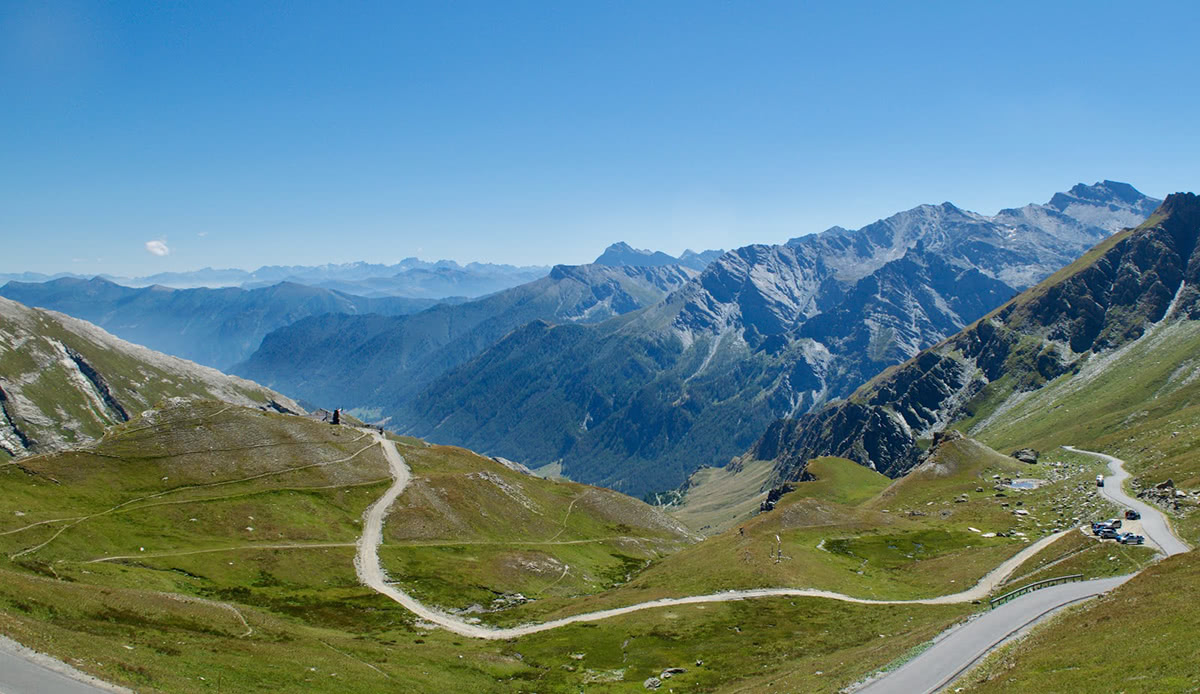 Summit of the Col Agnel, looking down the valley towards Italy

There are several major and minor cities in the Cottian Alps, spread across France and Italy:

Briançon is a commune in the Haute-Alpes department. At an altitude of 1,326m it is the highest city in France. Briançon is only 14km from the border to Italy via the ski resort of Montgenèvre. The cable car from Briançon allows easy access to the Crête du Rocher Blanc. 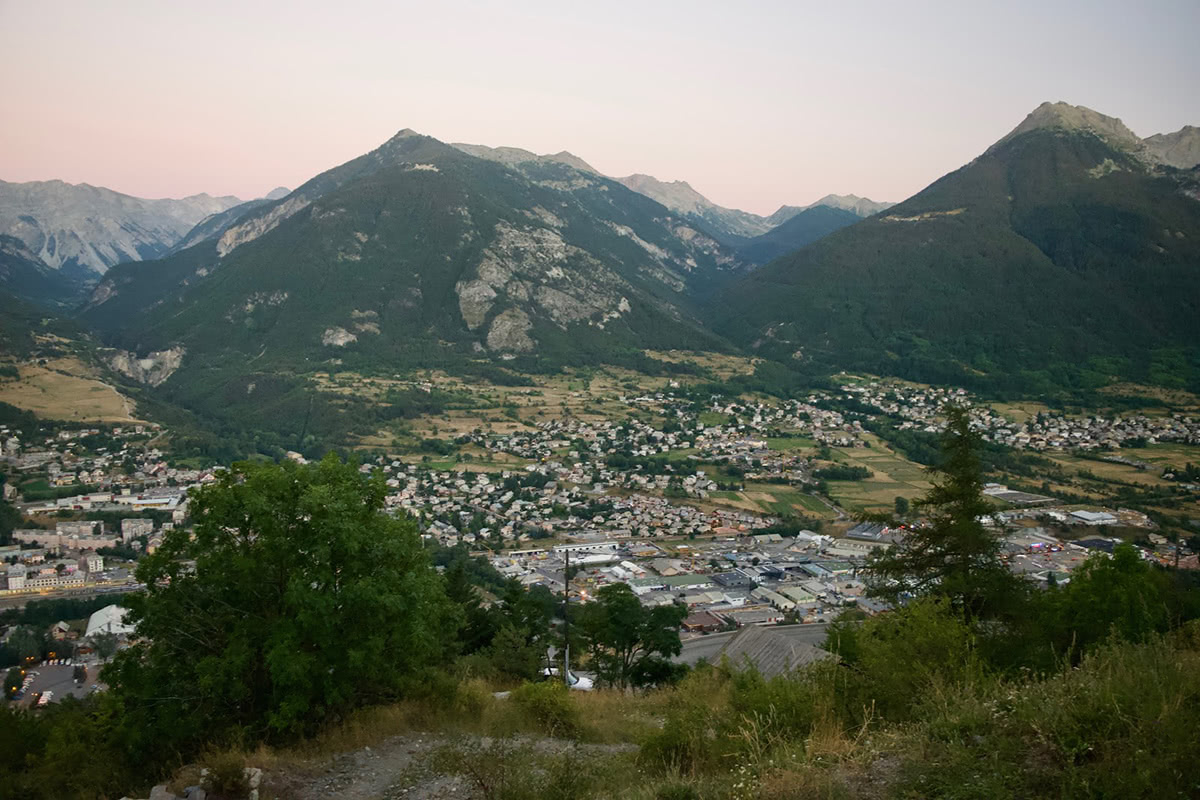 Briançon at Sunset, looking over towards the Col d’Izoard to the south east. 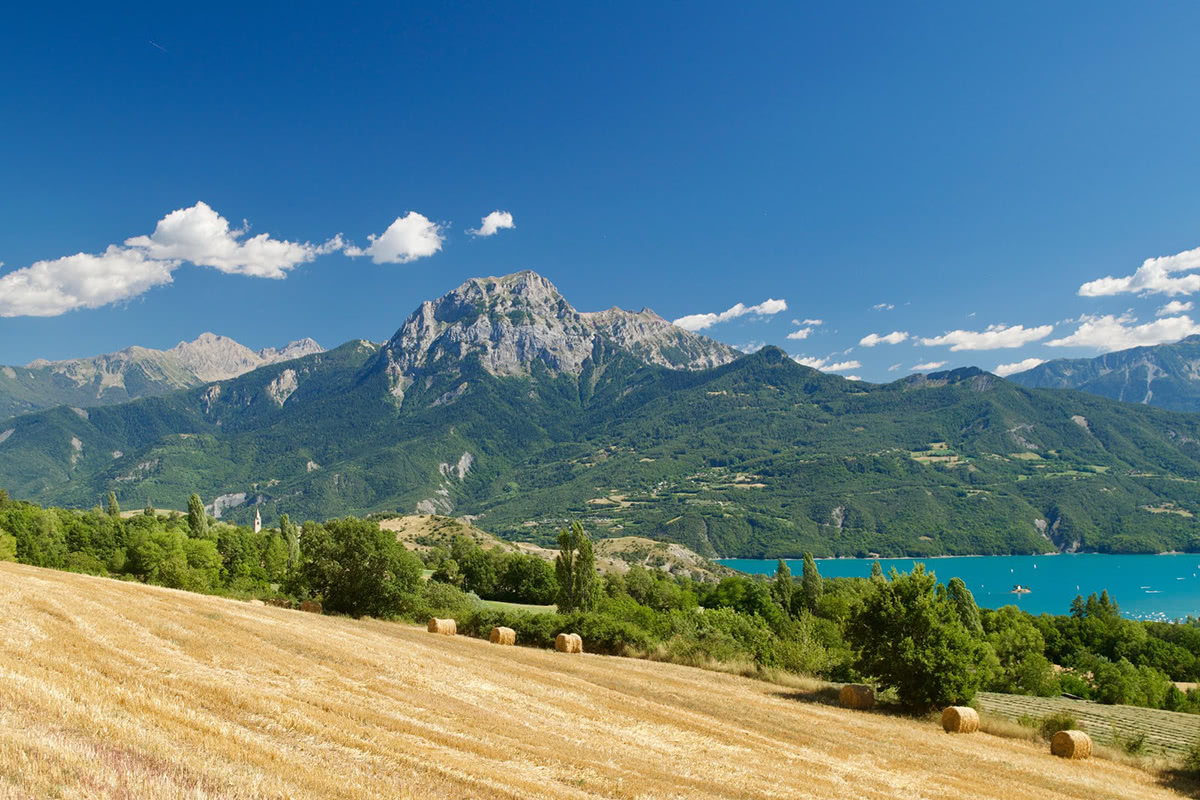 The Pic du Morgon and the Lac de Serre-Ponçon

Gap is the largest city in the Hautes-Alpes department and whilst not strictly within the Provence Alps and Prealps, it can be found on the northern with the Dauphiné Alps. It would offer an ideal location for excursions in each direction, not being limited to one particular mountain range. Gap is famously a very sport orientated city and in 2013 was named the sportiest city in France. Surrounded by mountains, one of the most prominent peaks in the area is the Pic de Bure. In the summer months it is accessible on foot, and each wednesday, via a cable car from the Superdévoluy ski resort.

Cuneo - Located just outside of the Cottian Alps area in the Piedmont region of northern Italy. It is the capital of the Cuneo province, the third largest of Italy’s provinces. It is located near six major mountain passes: Maddalena (1996m), di Tenda (1300m), del Melogno (1027m), San Bernardo (957m), di Nava (934m) and di Cadibona (459m).

Sestriere is an alpine village in Italy, within Piedmont Region. It is situated in Val Susa, 17km from the French border to the east. Sestriere is a popular skiing resort where during the winter months, the population increases from around 1000 to 20,000. It is part of the Via Lattea (Milky Way) skiing area along with 6 other resorts in Italy and France. Sestriere often hosts Alpine Ski World Cup events and was a main venue during the 2006 winter olympics. In the summer months, Sestriere is home to Europe’s highest 18-hole golf course. For cyclists, the Tour de France and Giro d’Italia have had stages pass through and finish in the resort. Equally it is an ideal location for hikers thanks to its position between valleys. 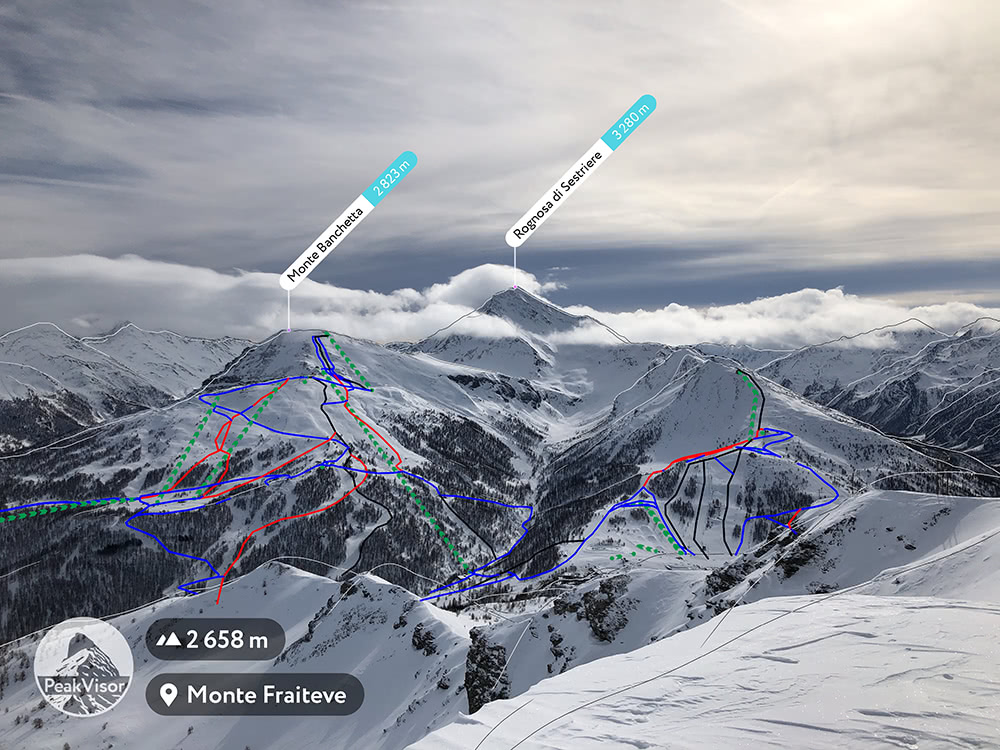 Susa is an alpine town in Italy, located in the Piedmont Region. It is situated in the heart of the Susa Valley at the foot of the Cottian Alps, 51km west of Turin. Whilst small in size, Susa’s accessibility from the west makes it an ideal entry point for Cottian Alps from the Italian side.

Turin, whilst not located within the Cottian Alps, it is the largest city in relatively close proximity to the Cottian Alps. Turin is the capital city of the Piedmont Region and was the first capital of Italy between 1861 and 1865. Turin offers the possibility of a city break with an excursion into the Cottian Alps to the east. Turin’s airport is located 15km west of Turin, and around 40km east of the Cottian Alps. 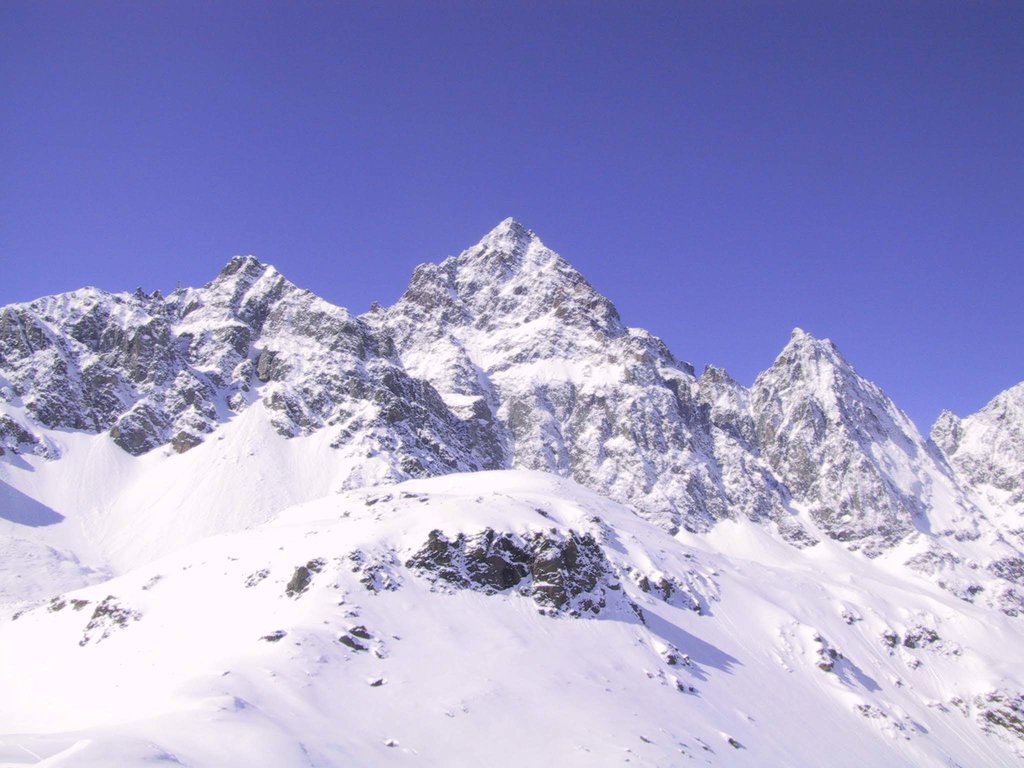 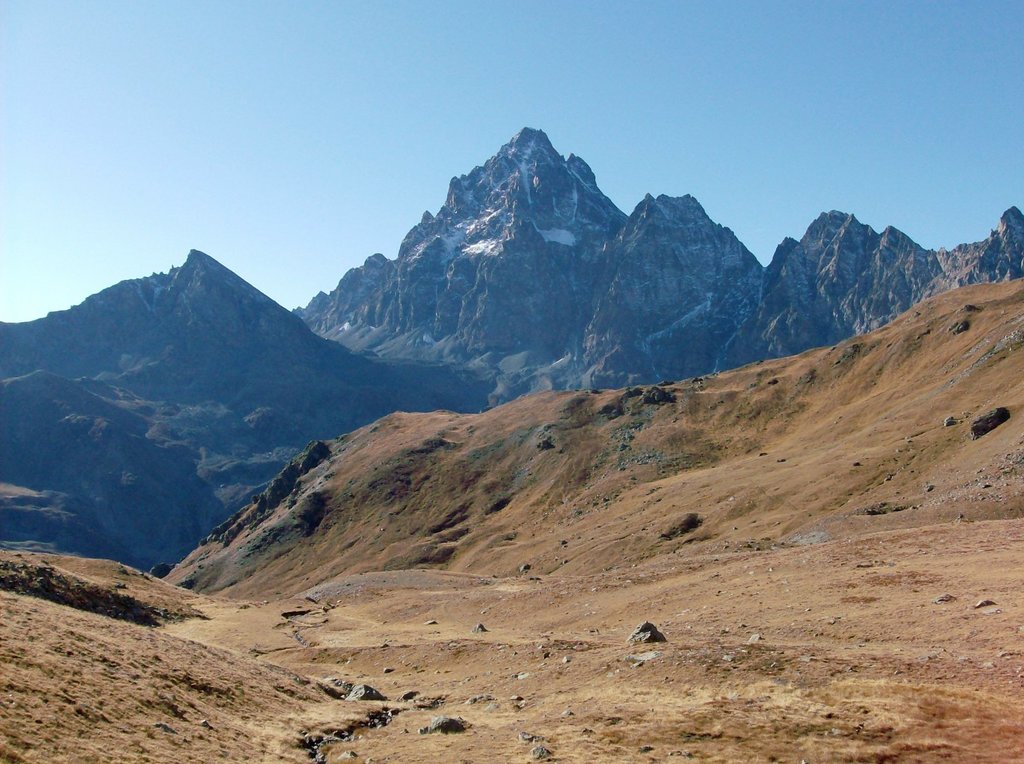 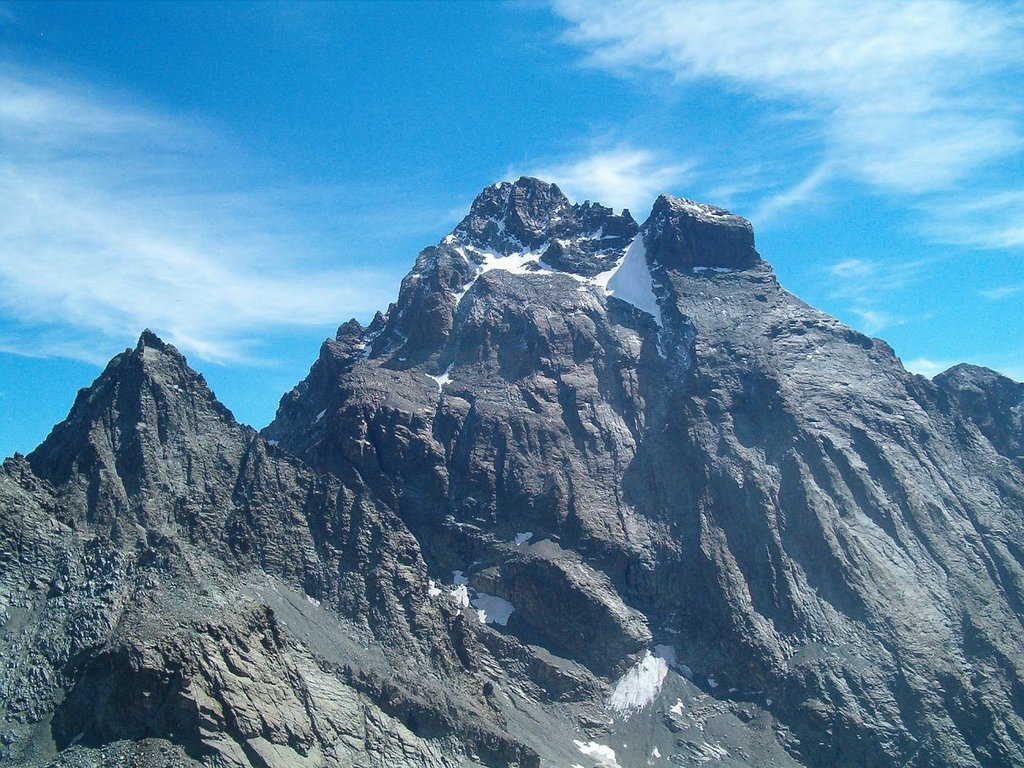 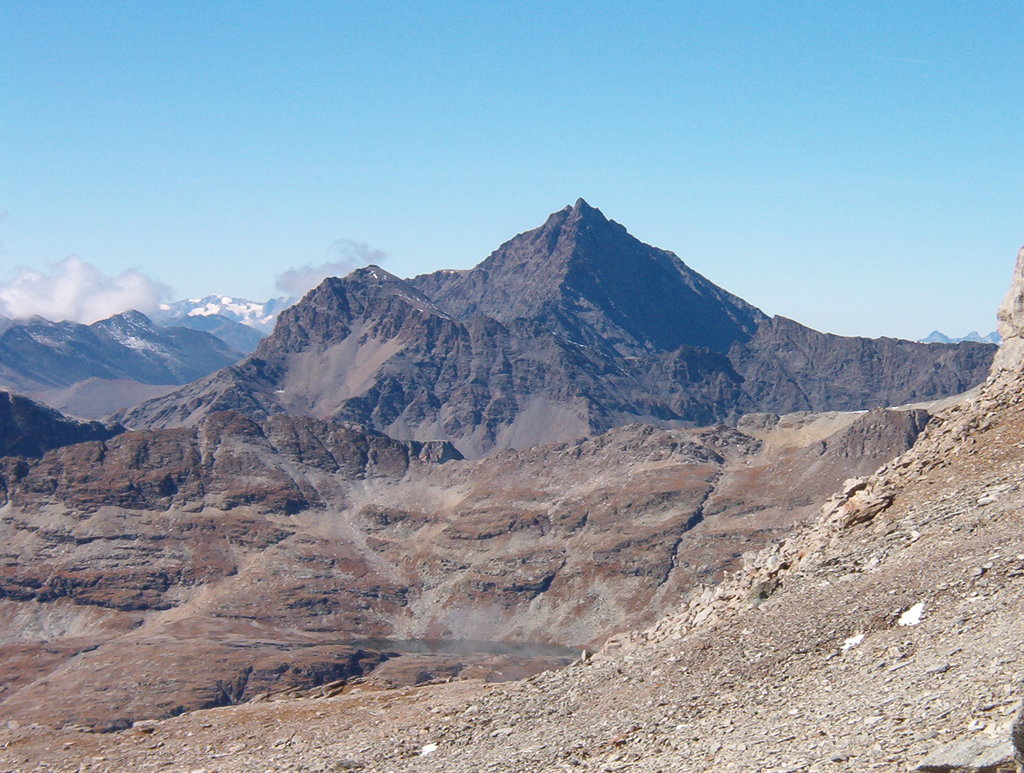 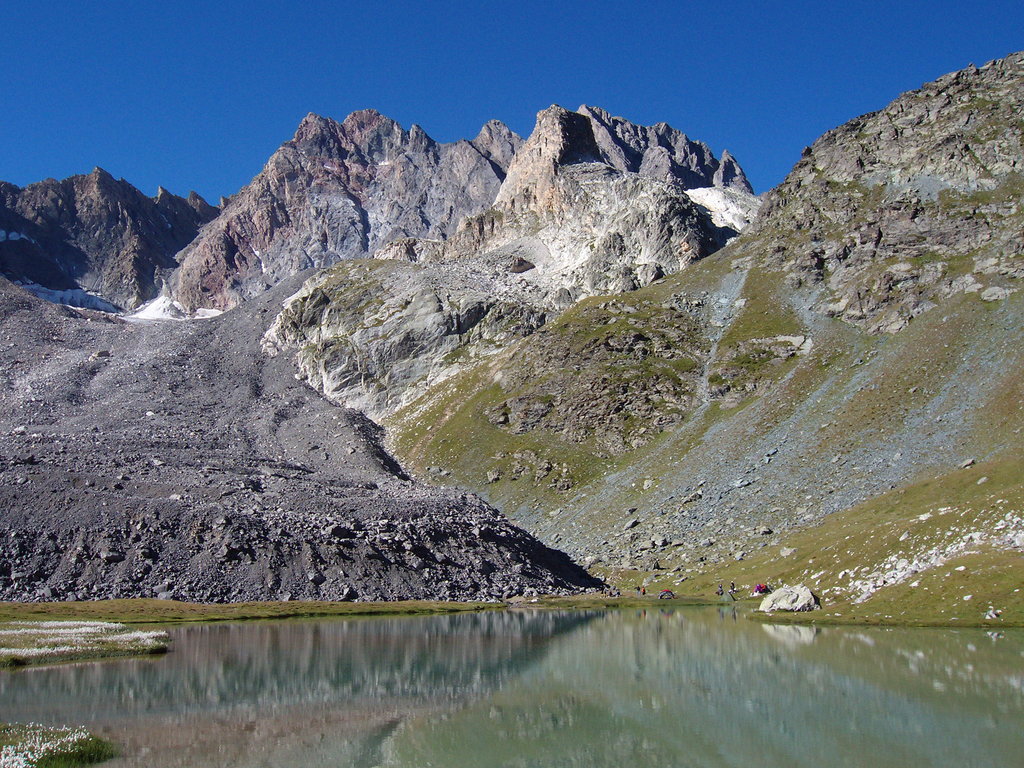 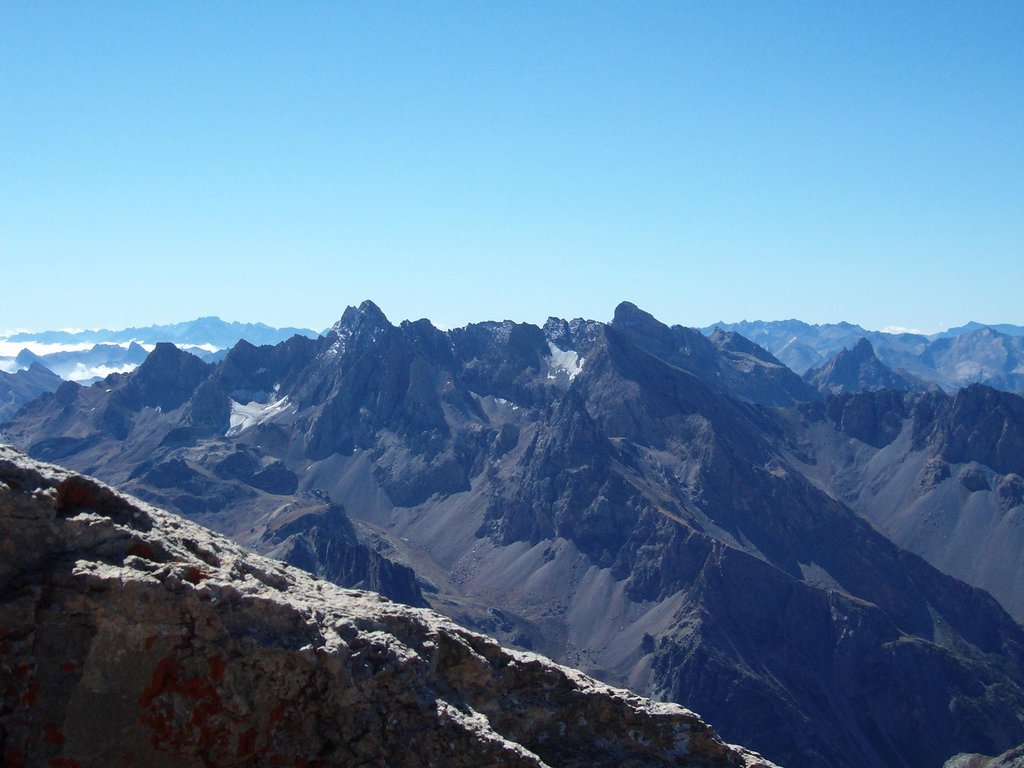