Glacier
A mountain with a glacier on the crests and / or slopes.
Volcano
Most commonly a conical hill or mountain built around a vent that connects with reservoirs of molten rock below the surface of the Earth.
3D View
Mount St. Helens model
2 549 m
Elevation
Elevation is the altitude of a place
above sea level.

1 404 m
Prominence
Peak’s prominence is the least
vertical to be covered to get from the
summit to any other higher terrain.

46.2025 N   -121.528611 W
Nearest Higher Neighbor
The Pinnacle - 53.4 km E
El: 3 683 m / Prom: 65 m
Location
46.191087 N  -122.194436 W
Ranges
Parks
Mount St. Helens
Mount St. Helens or Louwala-Clough (known as Lawetlat'la to the indigenous Cowlitz people, and Loowit to the Klickitat) is an active stratovolcano located in Skamania County, Washington, in the Pacific Northwest region of the United States. It is 96 miles (154 km) south of Seattle, Washington, and 50 miles (80 km) northeast of Portland, Oregon. Mount St. Helens takes its English name from the British diplomat Lord St Helens, a friend of explorer George Vancouver who made a survey of the area in the late 18th century. The volcano is located in the Cascade Range and is part of the Cascade Volcanic Arc, a segment of the Pacific Ring of Fire that includes over 160 active volcanoes. This volcano is well known for its ash explosions and pyroclastic flows. Mount St. Helens is most notorious for its major 1980 eruption, the deadliest and most economically destructive volcanic event in the history of the United States. Fifty-seven people were killed; 250 homes, 47 bridges, 15 miles (24 km) of railways, and 185 miles (298 km) of highway were destroyed. A massive debris avalanche triggered by an earthquake measuring 5.1 on the Richter scale caused an eruption that reduced the elevation of the mountain's summit from 9,677 ft (2,950 m) to 8,363 ft (2,549 m), leaving a 1 mile (1.6 km) wide horseshoe-shaped crater. The debris avalanche was up to 0.7 cubic miles (2.9 km3) in volume. The Mount St. Helens National Volcanic Monument was created to preserve the volcano and allow for its aftermath to be scientifically studied. As with most other volcanoes in the Cascade Range, Mount St. Helens is a large eruptive cone consisting of lava rock interlayered with ash, pumice, and other deposits. The mountain includes layers of basalt and andesite through which several domes of dacite lava have erupted. The largest of the dacite domes formed the previous summit, and off its northern flank sat the smaller Goat Rocks dome. Both were destroyed in the 1980 eruption. 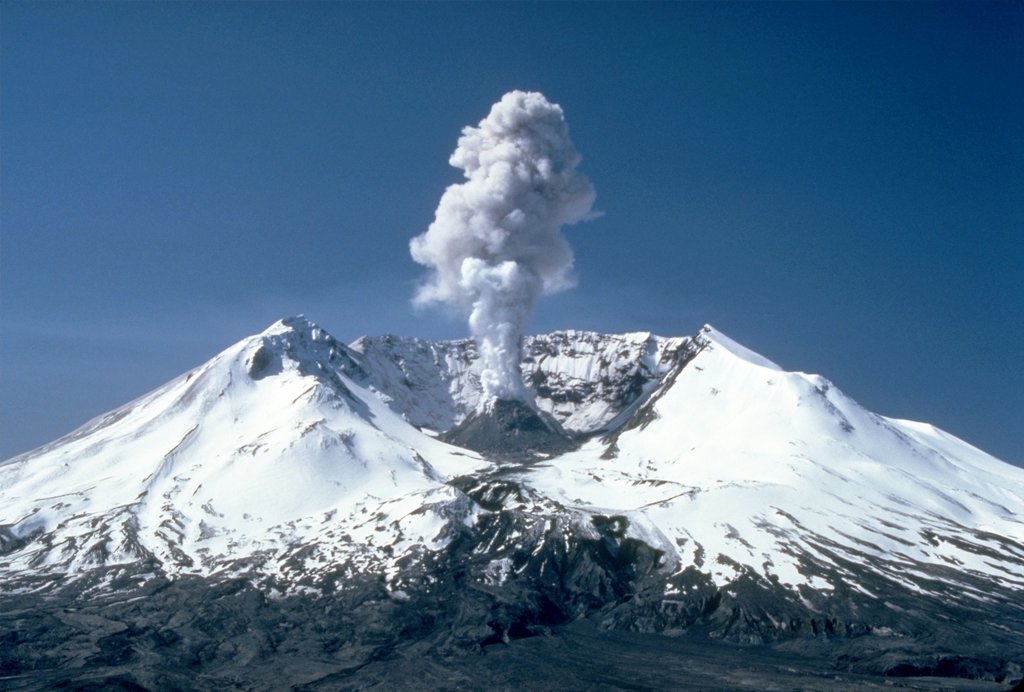 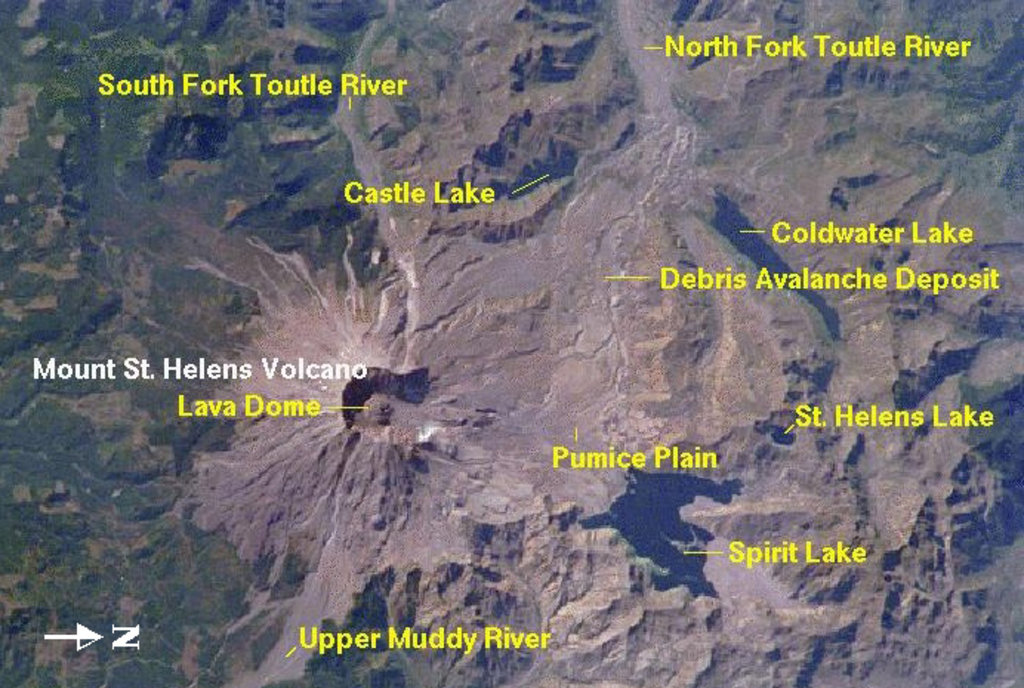 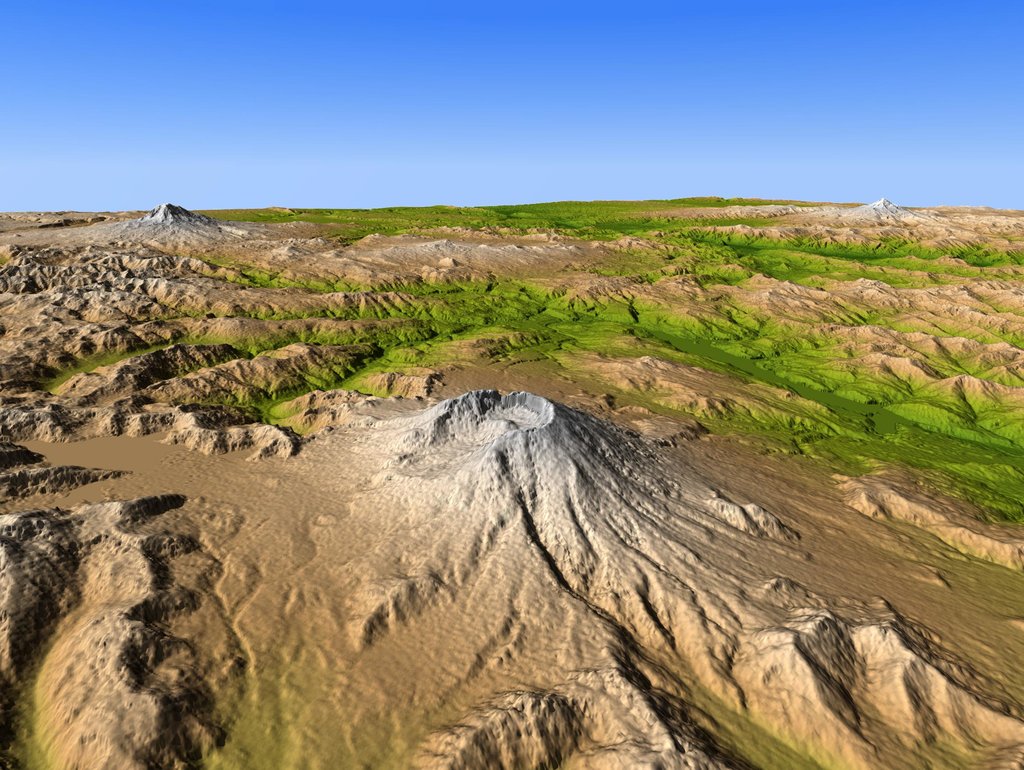